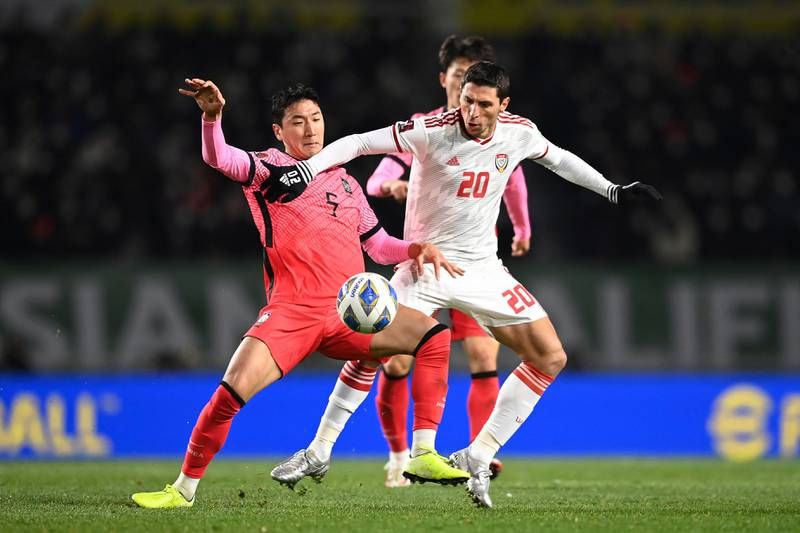 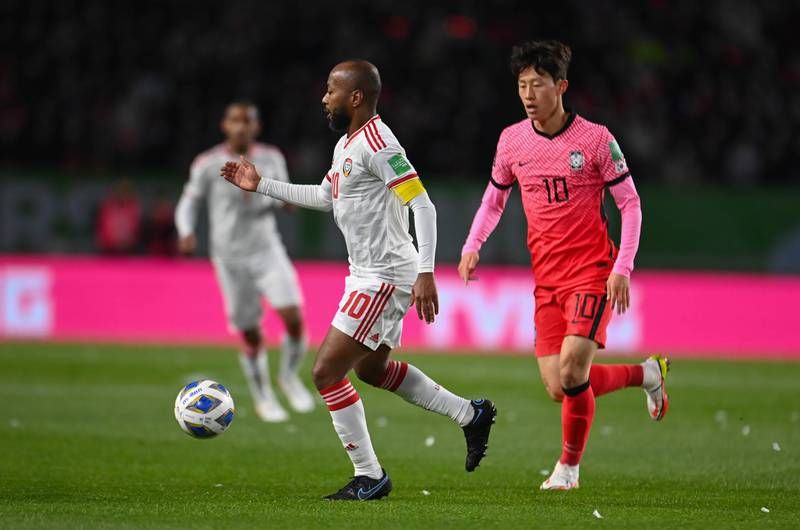 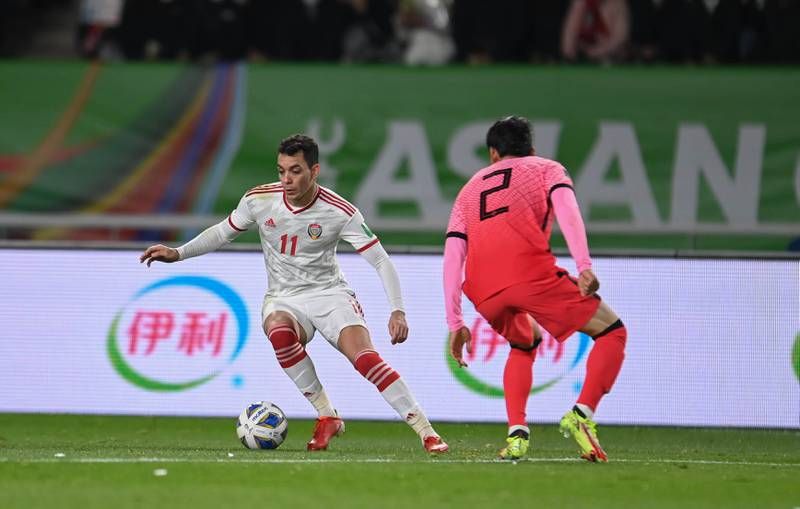 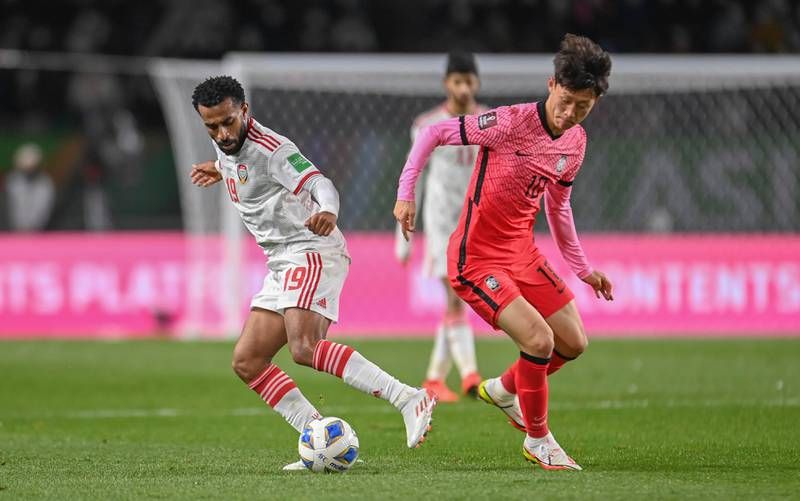 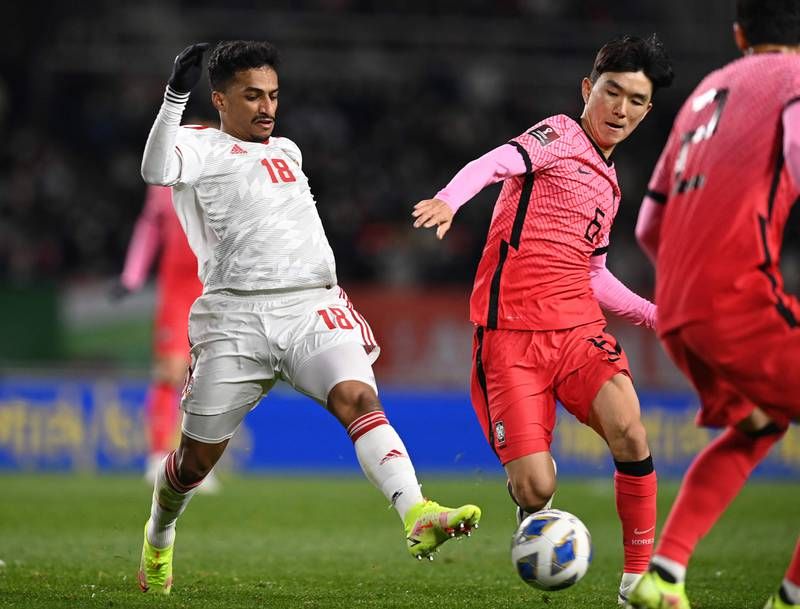 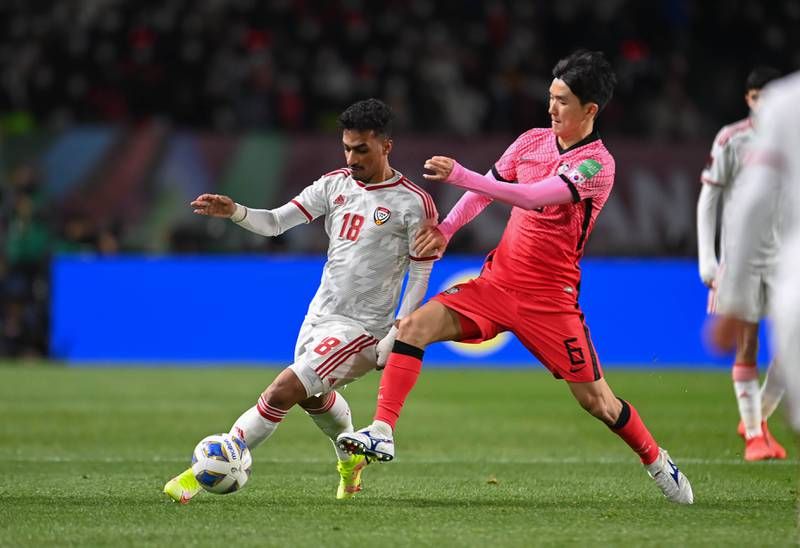 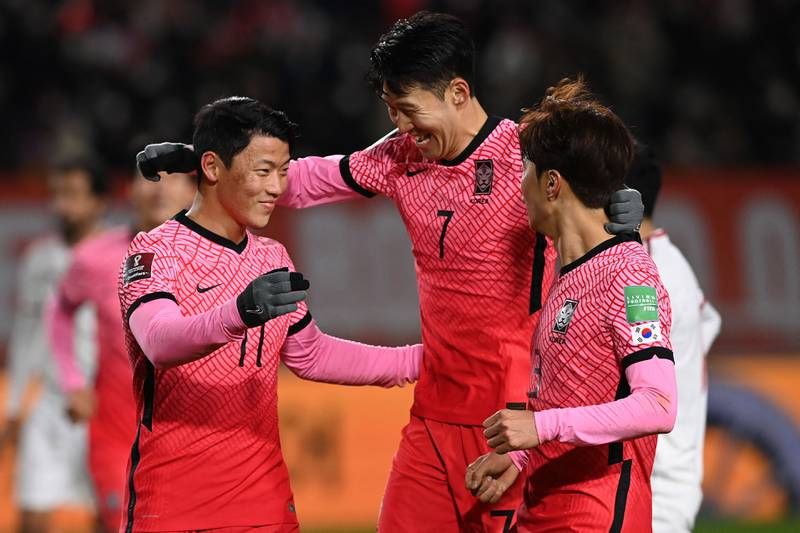 The UAE will play their final match in the third round of Asian qualifying for the World Cup in Qatar when they face South Korea in Dubai on Tuesday.

They hold a one-point advantage over Iraq in the race for third place in their qualifying group. The side who finish third will keep alive the chance of making it to Qatar. If the UAE inflict the first defeat on South Korea in the qualifying group they will guarantee third place, no matter what happens in the other fixtures.

If the UAE draw with Son Heung-min’s side, they must hope Iraq can only draw or lose against last-placed Syria in their fixture, which will be happening at the same time on the other side of Dubai Creek at the home of Shabab Al Ahli Dubai.

Iraq, who beat UAE 1-0 in Saudi Arabia last week, can take third place if they beat Syria and UAE only draw or lose.

There is a mathematical possibility Iraq could advance with a draw. However, this would require South Korea to beat UAE by six goals.

That would mean the sides are tied on nine points, but Iraq would have a superior goal difference.

It is possible Lebanon could take third, but unlikely. It would require them to win away in Iran, hope UAE lose, and Iraq manage no better than a draw. Even then, they would require a six-goal swing in their favour to get ahead of UAE.

While finishing third will maintain the side’s hopes of making it to Qatar, they would still be two more matches away from doing so.

The team that finishes third will play in the fourth and final round of Asian qualifying, which is a one-off playoff against the side who finishes third in the other group.

The fixture will take place in Qatar on June 7. Australia, who are guaranteed to finish third in Group B of the third round, will be the opposition.

The winners of the Asian playoff will advance to play the fifth-placed side in the Conmebol qualifying region. That is the South American competition.

Brazil, Argentina, Ecuador and Uruguay have already qualified from that region. The three sides vying for fifth place are Peru, Colombia and Chile.