Reem Al Hashimy, Minister of State for International Co-operation and director general of Expo, started the 3km Walk for People and Planet on Tuesday 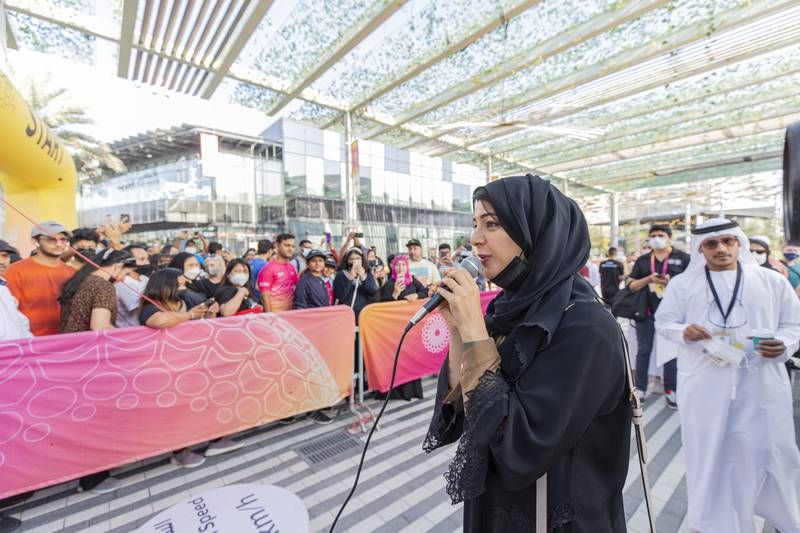 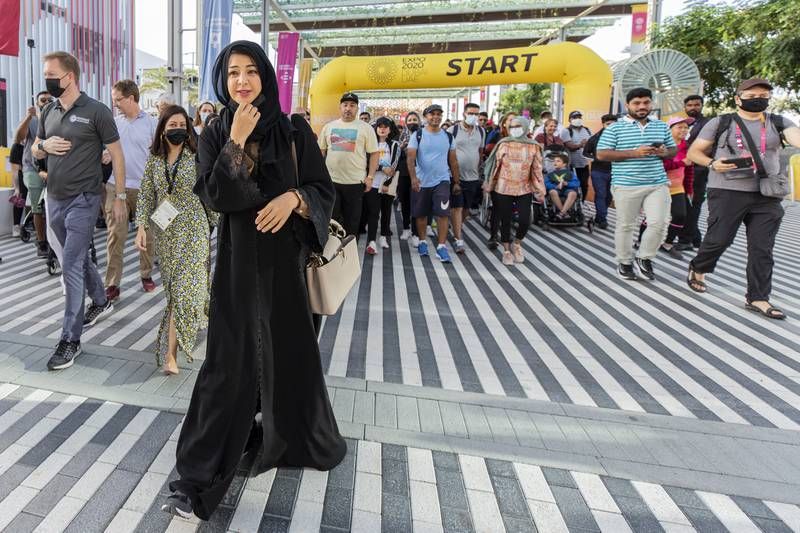 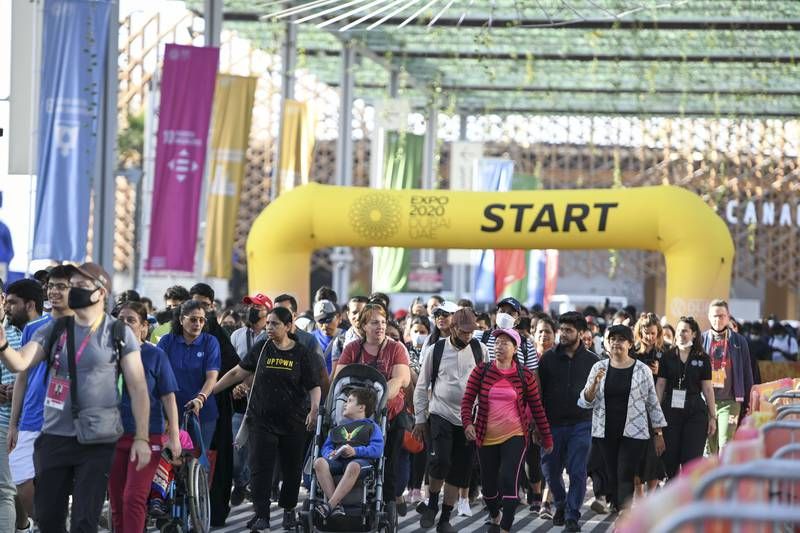 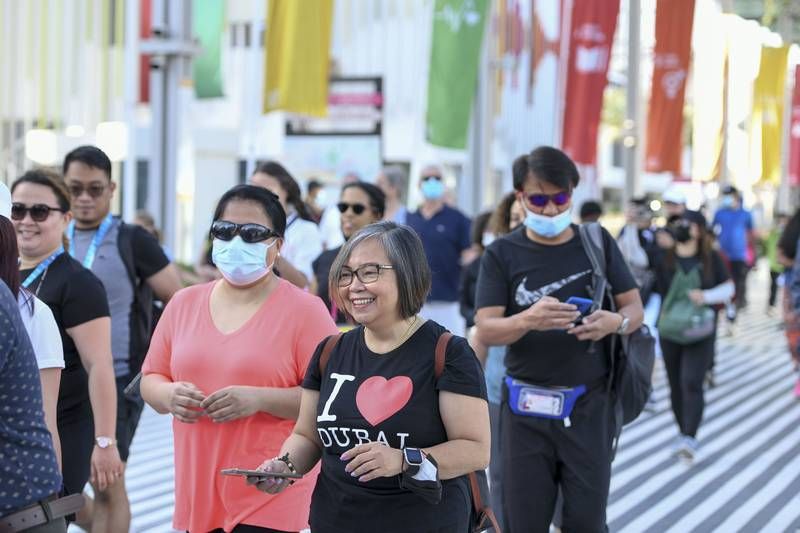 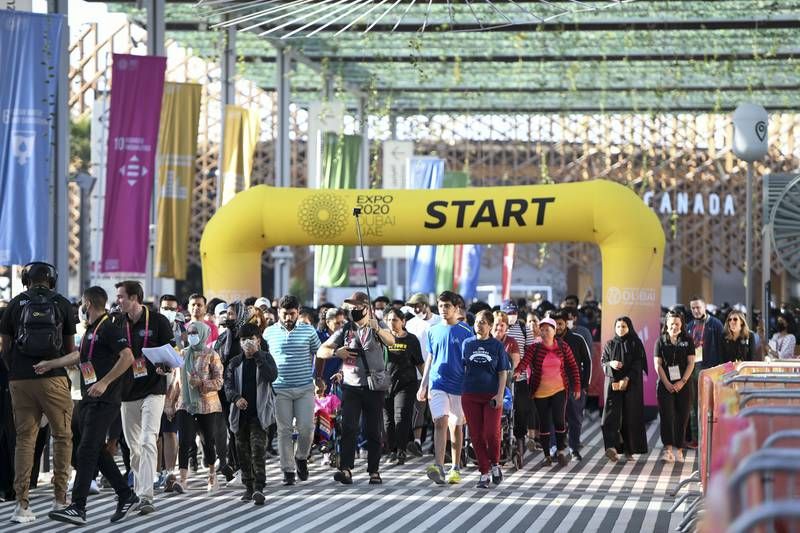 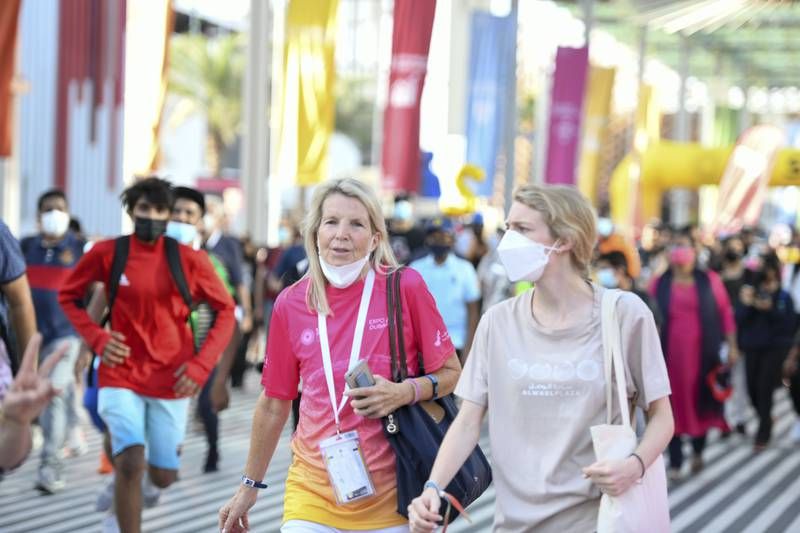 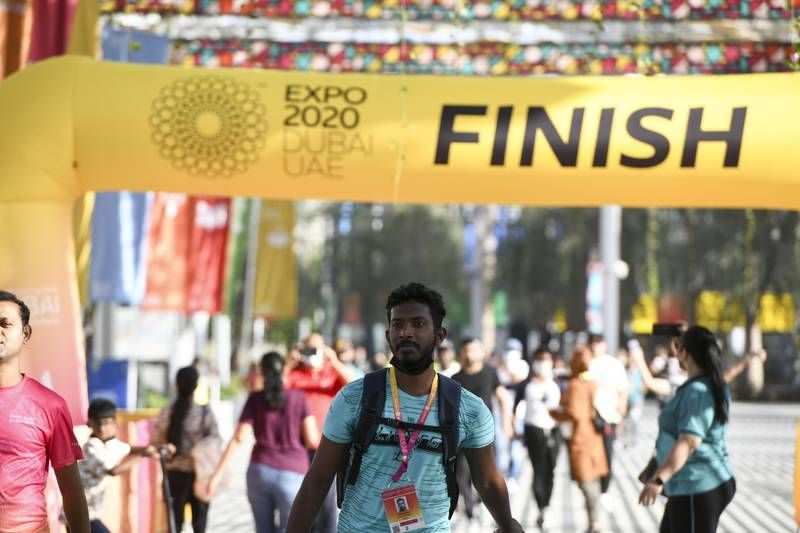 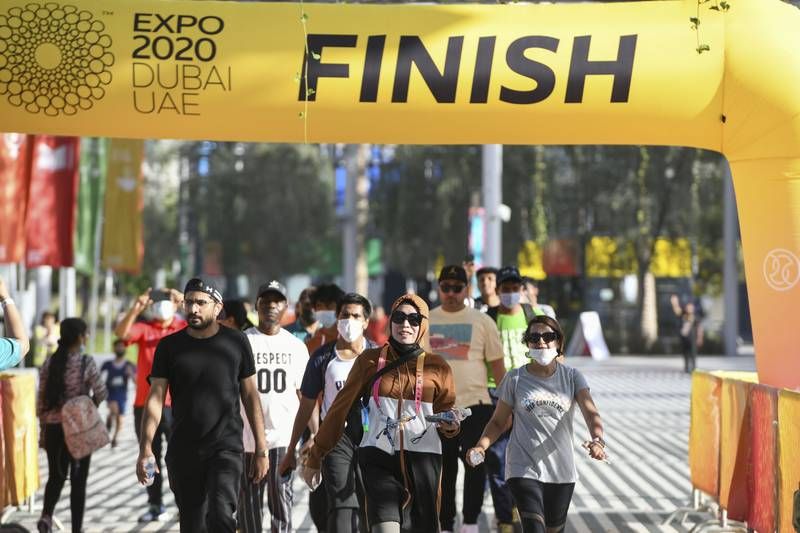 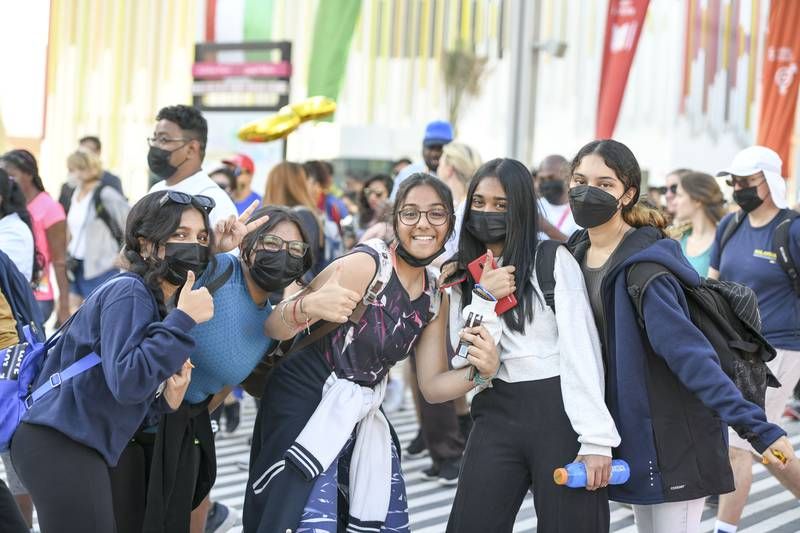 Reem Al Hashimy, Minister of State for International Co-operation and Director General of Expo 2020 Dubai, speaks to participants at the start of the Walk for People and Planet. Photo: Expo 2020 Dubai.

Hundreds of people stepped out in celebration at Expo 2020 Dubai on Tuesday to reflect on six months that have brought the world closer together and paved the way for a brighter future.

The three-kilometre Walk for People and Planet was started by Reem Al Hashimy, Minister of State for International Co-operation and director general of Expo.

It marked the culmination of the Programme for People and Planet, which was a key theme at the world’s fair and united participants from around the globe, allowing them to explore society’s biggest challenges and greatest opportunities.

Read MoreWhat will happen to the Expo 2020 Dubai site when it is over?

Families with children on their spring break stopped to take pictures during the walk that started at a sports park and passed theme pavilions and Al Wasl Plaza.

Organisers said every step participants took showed their commitment to achieving a better future for all.

The event was tied to Expo’s focus on the UN Sustainable Development Goals, with the world’s fair aiming to inspire collective action for a cleaner and healthier planet.

The UN has described the goals as a call for action for countries to promote prosperity while protecting the planet. 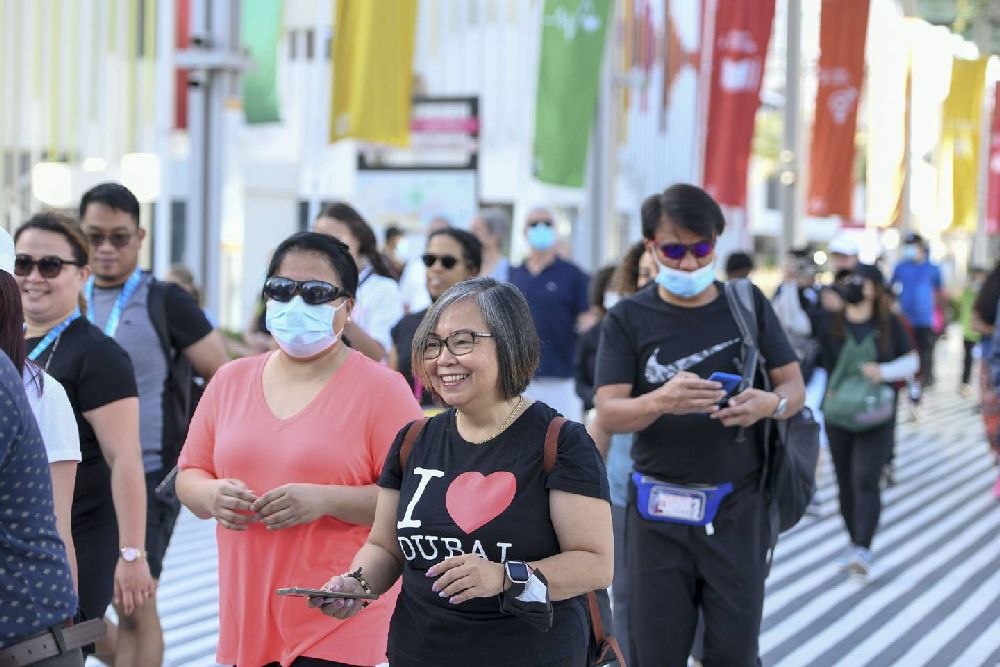 Lena Deliquot, 10, took part in the walk with two younger brothers, her father and grandparents.

The French-Spanish Dubai pupil said she enjoyed “discovering the world with Expo”.

Her family spent most Sundays at the mega-event and she plans recycle more and spread awareness about reusing items to reduce waste.

“I wanted to walk for the planet because there is a lot of pollution and things that are not good for Earth at the moment,” Lena said.

“I really enjoy Expo. Each country shows what it can do. Also, there are people who can’t really go from one country to another because they don’t have the money, but they can come to Expo for different perspectives.”

On song for world’s fair

The enthusiasm of the crowds was infectious, with children leading their parents to queue up at pavilions after completing the walk.

Among the youths was Nawaf Ahmad, who is also the voice of Rashid, a mascot for a show at Al Wasl Plaza about the race to save the planet.

As he waited outside the South Korea pavilion, Nawaf, 12, broke into the song he has performed for the past few months.

“It’s a great exhibition, can’t you feel the elation, a world-class exposition, nearly 200 nations, there is so much more to see and hear and touch and taste and think and learn and do,” he sang.

Nawaf, who wants to be an aerospace engineer, took part in the walk with his younger brother and said he would miss Expo when it ended this week.

“I want to invent engines that work sustainable to the environment we are living in and not polluting it all,” Nawaf said. 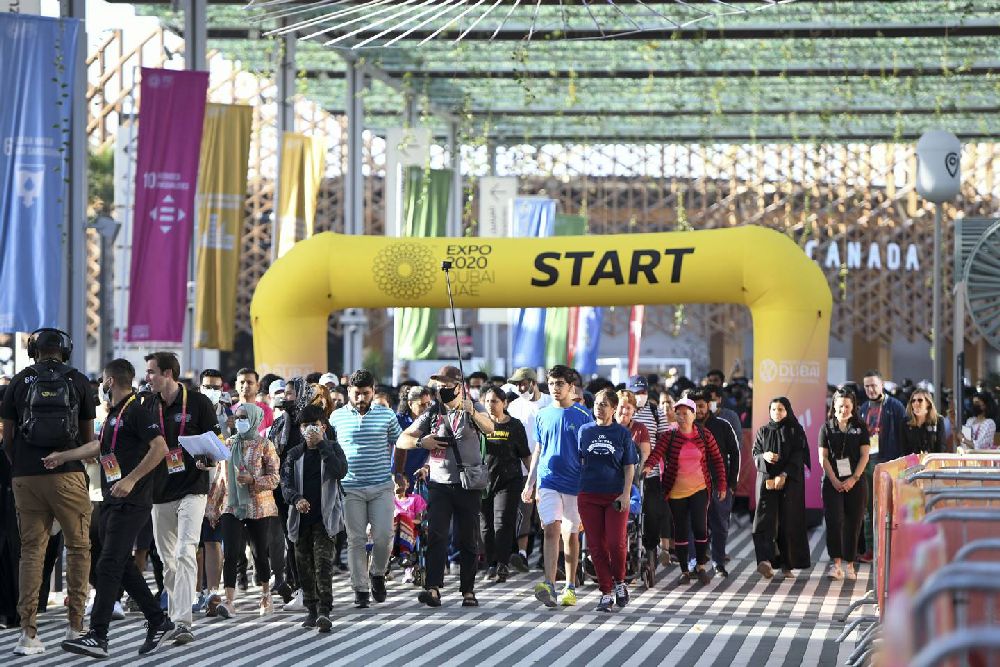 Expo fans take part in the Walk for People and Planet. Khushnum Bhandari / The National

“Everything is special in Expo. On April 1, I can’t imagine the feeling. It will be a tough thing to let all of this go.

“This is like art work. I can’t even imagine that day.”

Nadia Verjee, chief of staff of Expo programmes, said the aim was for people to continue to make a difference.

“Expo 2020 Dubai has brought the world together for six months and affirmed commitment to people and planet, and a sustainable future for all,” she said.

“As Expo 2020 Dubai comes full circle, we’d like to invite everyone to continue to build on this momentum as we walk together to take the necessary steps as individuals, as businesses and as policy makers towards achieving the sustainable development goals.”

Expo will conclude on Thursday with a spectacular closing ceremony featuring fireworks and pop concerts.

Among the headline acts will be singers Christina Aguilera and Norah Jones and cellist Yo-Yo Ma.

Organisers believe the event will attract the biggest crowds yet.

The world’s fair will remain open for firework displays at midnight and 3am.

Metro trains will run around the clock on Thursday and Friday to handle crowds, with tens of thousands of people expected to visit Expo.

The celebrations are included in the price of a ticket that has allowed people to visit the event several times over the past month.