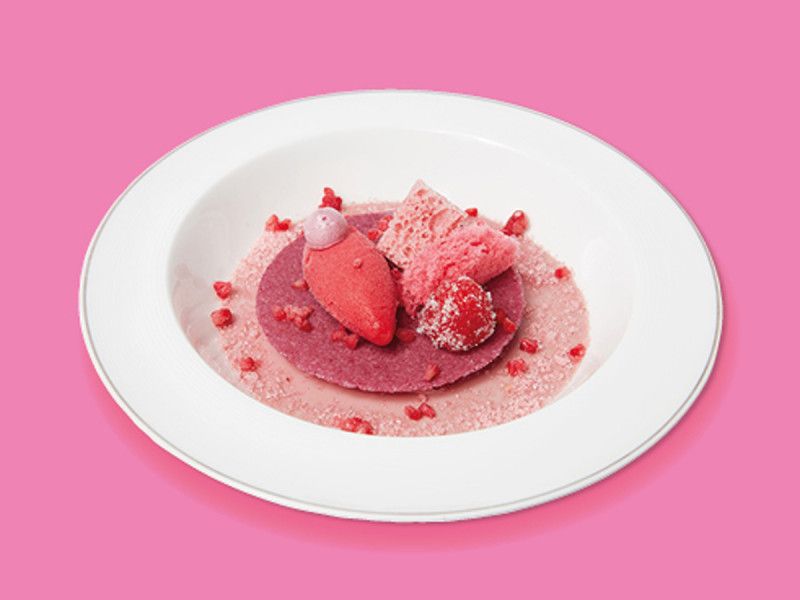 Discover 11 variations of the blushing berry in this masterpiece

There are plenty of reasons to end any meal at Social by Heinz Beck on a sweet note – and they all come on a single plate.

This blushing masterpiece is called Raspberry 1.1, and there are no fewer than 11 variations on the humble berry on full delectable show. According to Chef Francesco Acquaviva: “The Raspberry 1.1 was born in La Pergola restaurant in Waldorf Astoria Rome Cavalieri, when the pastry team started to play with one of Chef Heinz Beck’s favourite ingredients – raspberry.

“The idea behind the dessert was to inspire as many emotions as possible from a single ingredient while impressing the palate of Chef and creating a unique dish.

“After a few weeks of trials and tastings, the incredible outcome got the approval and the original recipe has never changed.”

So, a dessert with Chef Heinz Beck’s seal of approval. What are you waiting for?

According to Chef Francesco, Raspberry 1.1 will always have a place on the menu: “It’s a classic dessert we could never remove because guests, particularly our regulars, have come to expect completing their meal with the Raspberry 1.1.”

Chef Francesco was giving nothing away: “The secret ingredient present in Raspberry 1.1 and in all our dishes is Vitamin L… Love!”

“The raspberry is delivered every day from Terminillo, a small hill in Italy in the Lazio region, a few minutes from Rome. The raspberry is harvested from there because you can find the very best wild berries in Italy.”

But it’s not just raspberry exciting the palate here. “The second ingredient used is a French chocolate, from the Valrhona brand, one of the premium chocolates in the world.” Dreamy.
Dhs95.