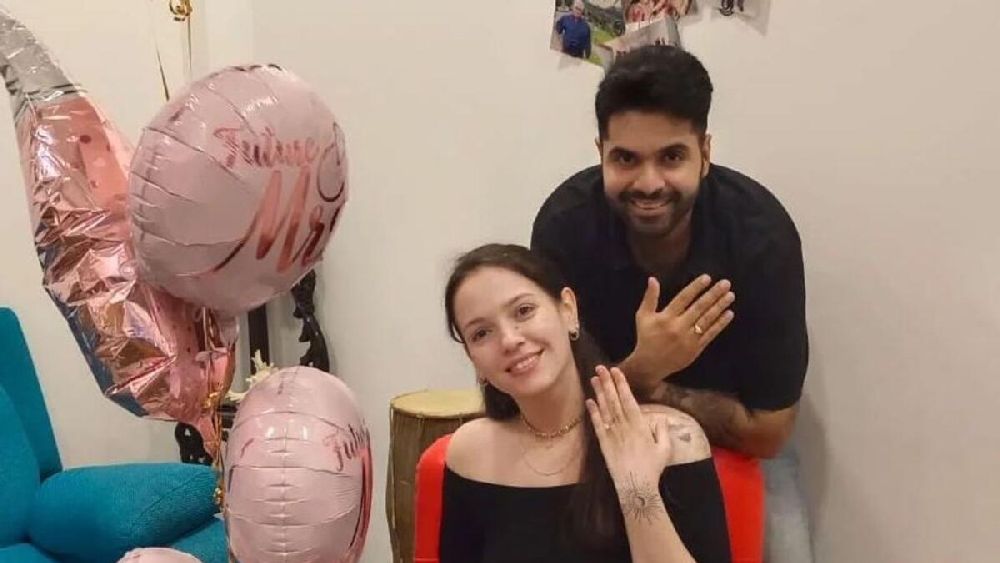 When an exhausted Anna Horodetska landed at Delhi airport after fleeing from her home in Ukraine, she was stunned by what was in store for her.

At the airport, Horodetska was welcomed by wooden drums and her boyfriend Anubhav Bhasin was on his knees with an engagement ring and the words: “Will you marry me?”

An overjoyed Horodetska readily accepted the proposal, as the two had finally met after a traumatic gap, when the Russia-Ukraine war cast a shadow over their lives.

“I was super tired from the journey and did not expect him to do that,” Anna had told a reporter after landing in Delhi. “I said yes. I fled a war to be with him. I met his mother, who welcomed me with flowers. It was all so nice.”

Horodetska, 30, is a Ukrainian who first met Bhasin, 33, a lawyer in Delhi, in 2019, when she came to India on a holiday. They became friends and met again when Anna returned on another holiday to India during the lockdown.

“I helped her during the lockdown,” said Bhasin. “We grew closer. My mother proposed on my behalf. We decided to get married under the Special Marriage Act and were preparing documents for it when the Russia-Ukraine war broke out.”

She dashed off from Kyiv, with just a change of clothes and a coffee machine that her grandmother insisted was a wedding gift and she had to take. She reached Lviv and then Poland, where she had to stay for a fortnight, before she got her Indian visa.

The couple plan to get married on April 27. Anna said she wants to spend her life in India, but will return to Kyiv to get her pet dog.