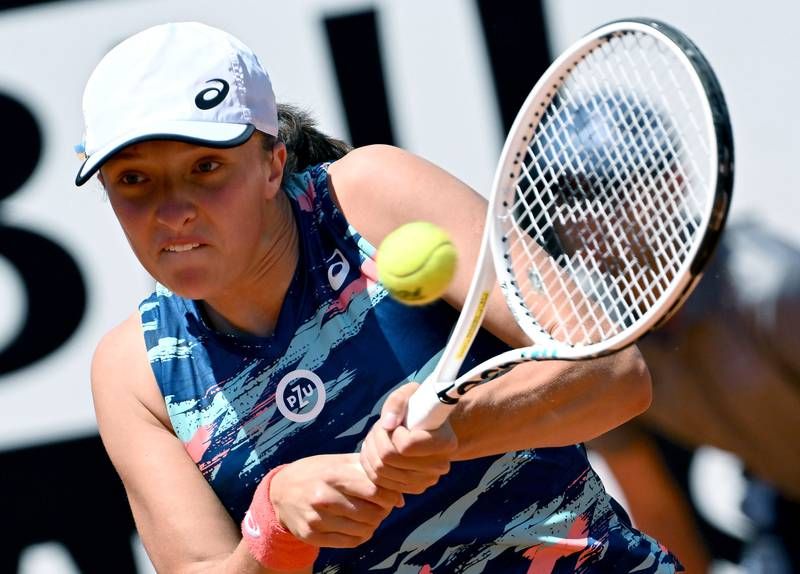 Red hot Iga Swiatek made it 25 wins in a row after an impressive 6-4, 6-1 victory over Victoria Azarenka at the Italian Open on Thursday.

The 20-year-old world No 1, who is aiming to seal a fifth tournament in a row, produced a ruthless performance against the former top-ranked player and Grand Slam winner. 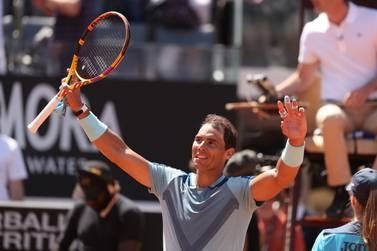 The last player to win more consecutive matches was Serena Williams, who had a streak of 27 in a row during 2014 and 2015.

Swiatek’s remarkable run makes her a favourite to win a second French Open when the year’s second Grand Slam gets under way in 10 days.

It looked like the win-streak might be under threat as Azarenka – a two-time Australian Open champion – stormed into a 3-0 lead, breaking Swiatek twice in the process only for the Pole to battle back.

Azarenka got rattled when a spectator entered the front row of the mostly empty VIP section just behind her as she was facing a break point late in the first set.

When she then double-faulted to hand Swiatek control of the set, she slammed her racket in frustration and complained to the chair umpire about the mid-game interruption.

Azarenka broke again at the start of the second set but that was as good as it good from there on for the Belarusian as Swiatek rattled off six games on the bounce to seal victory.

Unseeded Swiss Jil Teichmann continued her strong form that took her to the Madrid semi-finals by defeating Elena Rybakina of Kazakhstan 6-7, 6-3, 7-5 in just over three hours.

In the men’s tournament, Alexander Zverev and Stefanos Tsitsipas both made it through to the quarter-finals, increasing the prospect of a last four clash between the pair.

The German was unruffled in his 6-3, 7-6 victory over Australian Alex de Minaur as he looks to bounce back from being trounced by teenager Carlos Alcaraz in the Madrid final on Sunday. “My performance was better than yesterday. I managed to keep my focus,” Zverev said.

Stefanos 🤝 sealing it with a [email protected] | @InteBNLdItalia | #IBI22 pic.twitter.com/h3H4wPn9mY

Russian Khachanov, whose best results have come on hard court, deservedly took the first set against sluggish world No 5 Tsitsipas.

The Greek, who won this year’s Monte Carlo Masters, bounced back in the second set and once he broke in game two of set three, Khachanov’s fate was sealed.

In the last eight, Tsitsipas will take on either Filip Krajinovic or local hero Jannik Sinner, the only Italian left in the men’s tournament.

“I think loosening up a little bit and trying to concentrate a bit more on that gave me the win today,” Tsitsipas said. “It hasn’t been easy the last two matches but I can only take the good side.”