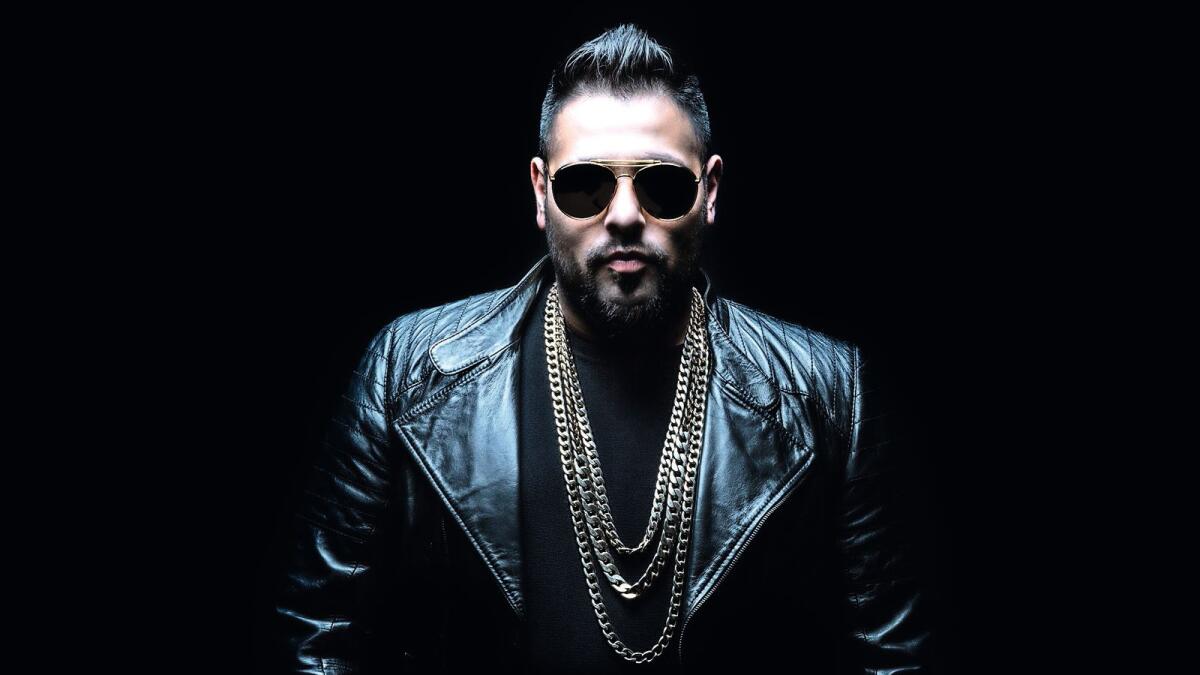 The Ring of Fire was literally in flames as Indian rapper Badshah, took to the stage with an ensemble of 40 dancers, bringing stunning visuals and zest at the opening of the UAE’s biggest cricket league which came to start on January 13.

The DP World International League T20 (ILT20), which will be running for the next 30 days, with 34 matches taking place across stadiums in Dubai, Abu Dhabi, and Sharjah, opened with magnificent performances by Badshah, global megastar Jason Derulo, and West Indian ace Dwayne Bravo, aka ‘DJ’ Bravo.

As the final act of the opening ceremony, Badshah left fans elated as he brought out his biggest hits including Voodoo, Players, Mercy, Jugnu, and Kala Chashma. The 37-year-old rapper has produced and performed the viral anthem Halla Halla for the tournament, which is already making waves among people. His nostalgic act of hit songs was concluded by his performance of the tournament’s anthem.

Known to be the Indian king of rap, Badshah has witnessed skyrocketing success since 2016, when his famous debut single DJ Waley Babu featuring Aastha Gill was ranked number one on the Indian iTunes charts within 24 hours of its release. Since then, many of his songs have been chart-topping hits, especially known for their shattering effect on the YouTube Music Video Charts.

As the man of the hour is back in the city, Badshah opens up about his experience on working on the anthem, and anticipates what the future holds for him prior to his stunning performance.

You opened for the ILT20 series in Dubai on January 13. What place does cricket personally hold in your life?

It’s an emotion. It’s nostalgia, it is my childhood. So it is very special to be able to open for a cricket tournament at this level and has become a matter of pride. It is something that will hold a very special place in my life, for the rest of my life.

You have produced and performed the sensational T20 anthem Halla Halla which is already making waves among people. How was the experience of working on the anthem?

When brands come to you for a song, it’s a very constrained field, but I’m glad people are loving it. It was a great experience, too. An anthem for a cricket league is something that I had never done before but I am really proud of what I have done.

You will be performing in Abu Dhabi at the 23rd edition of the IIFA award ceremony very soon. What can fans expect this time?

Madness. Absolute madness. Great production, great performance, something that they have not seen before and can’t even expect.

Your song Players was recently listed at the 71st position on Billboard’s Canada list of Hot 100. How does it feel to be here and be representing Indian music to the global audience?

That’s the best thing, it’s the best feeling. But other than that I feel like it’s just numbers. What I have done in the past few years is just being honest with what I do. Numbers follow.

You’re well acquainted with Dubai since you’ve performed here quite a few times. How does it feel to be back here?