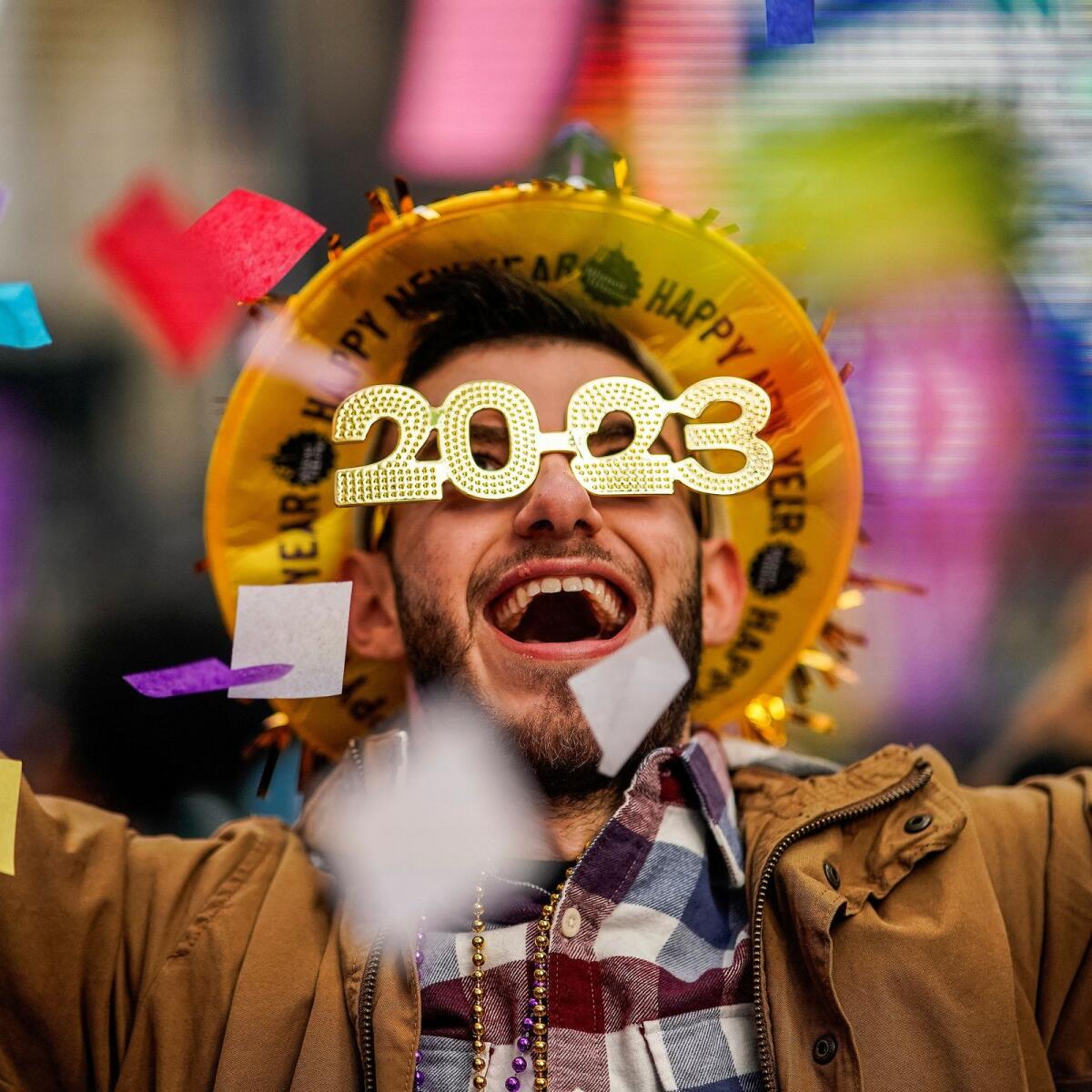 The world welcomed the new year with a packed party in Times Square and fireworks soaring above European capitals, while hoping for an end to the war in Ukraine and a return to post-Covid normality in Asia.

It was a year marked by the conflict in Ukraine, economic stresses and the effects of global warming. But it was also a year that saw a dramatic soccer World Cup, rapid technological change, and efforts to meet climate challenges.

After 2023 descended upon Asia, Africa and Europe, New York rang in the new year in typical style as thousands corralled themselves into pens under pouring rain in Times Square, waiting hours for the ball to drop.

Here’s how people around the world welcomed 2023 (Photos: Reuters): 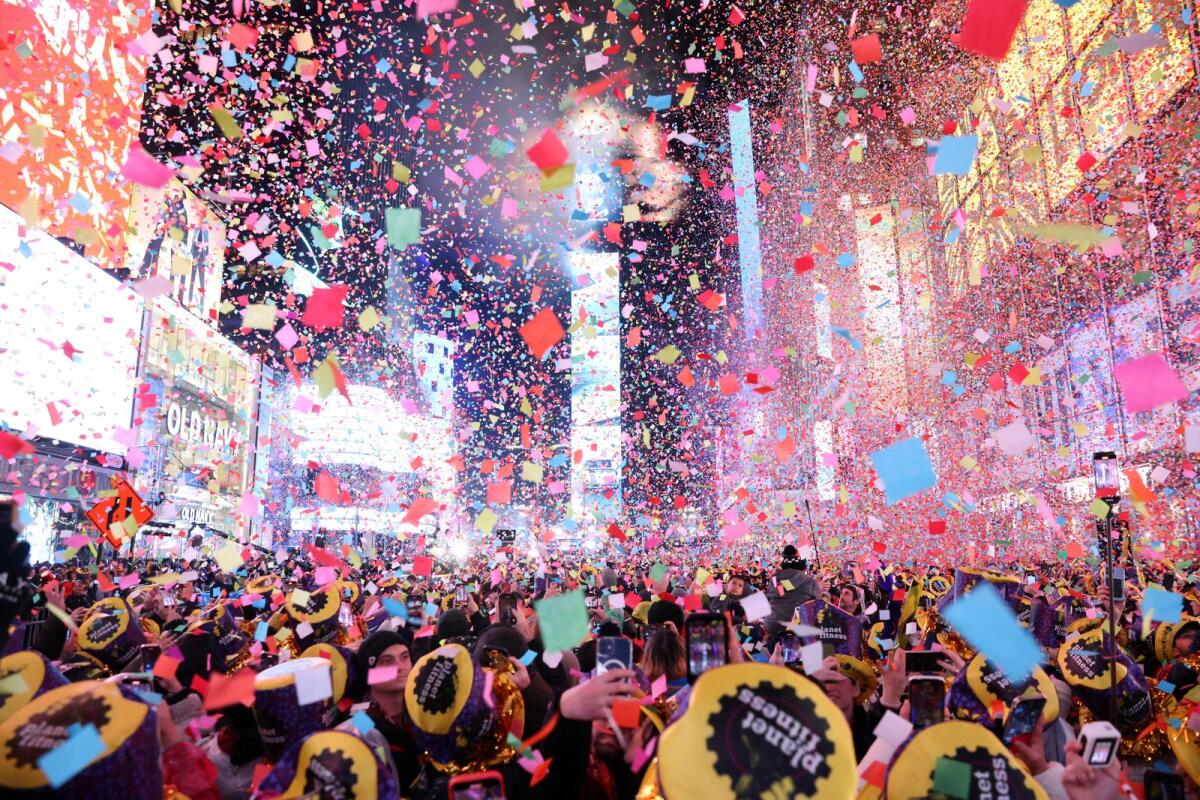 Confetti flies around the countdown clock during the first public New Year’s event since the coronavirus disease pandemic, at Times Square, in the Manhattan borough of New York City, New York. A 12-foot (3.7-meter) geodesic sphere made of Waterford crystal triangles slid down a pole atop a 25-story building to mark the calendar change.

Meanwhile, millions watched the accompanying musical acts and countdown on television from dry and warm living rooms around the world. 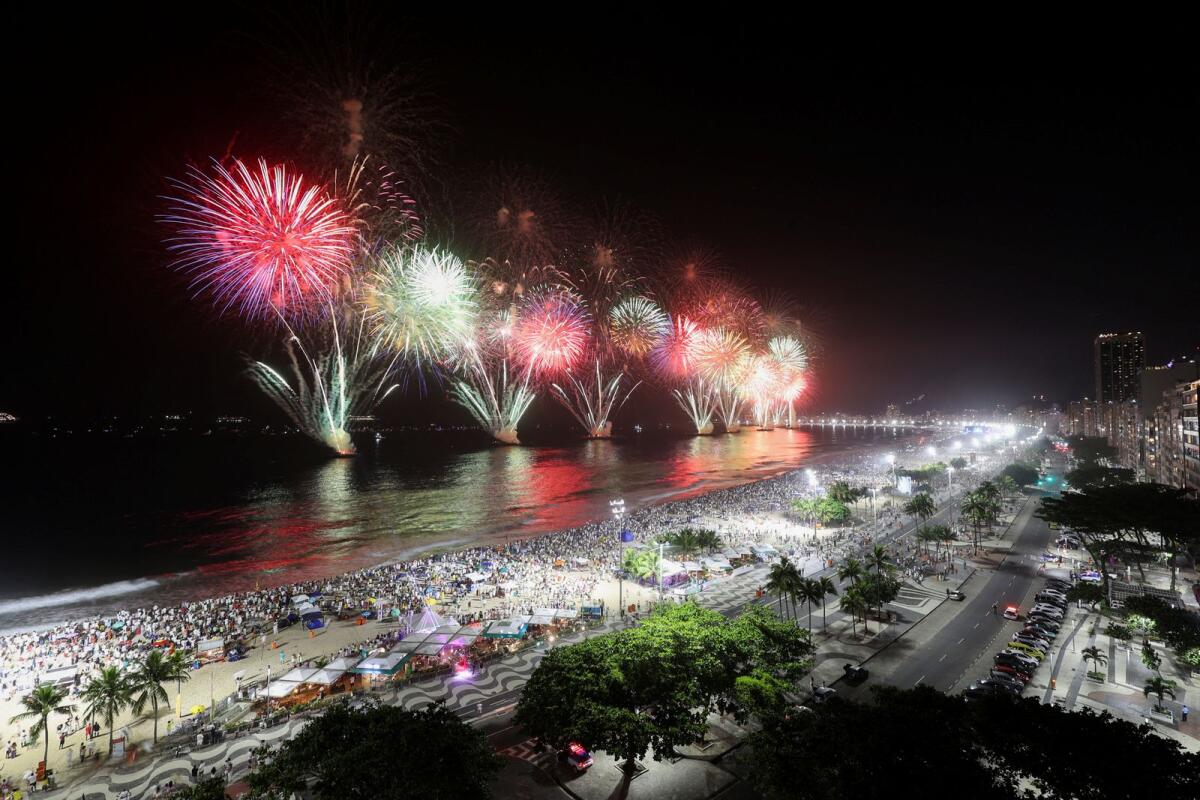 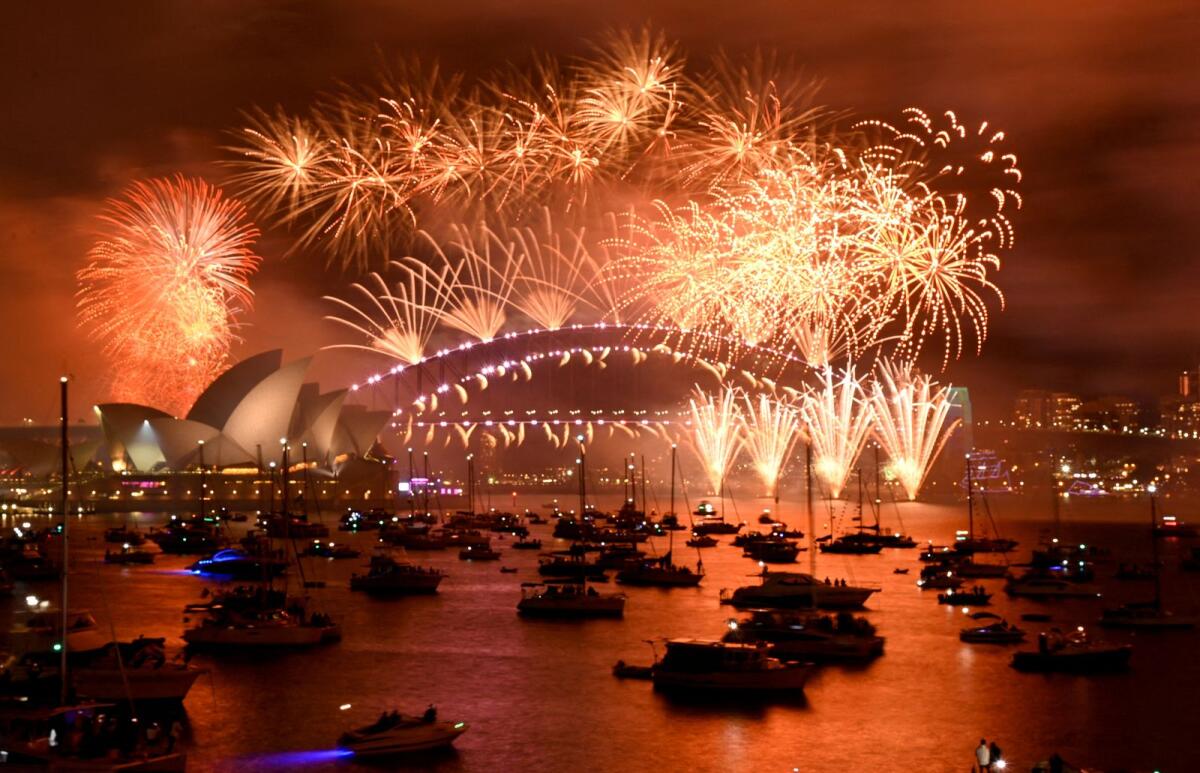 Australia kicked off the celebrations with its first restriction-free New Year’s Eve after two years of Covid disruptions. Sydney welcomed the New Year with a typically dazzling fireworks display, which for the first time featured a rainbow waterfall off the Harbour Bridge. 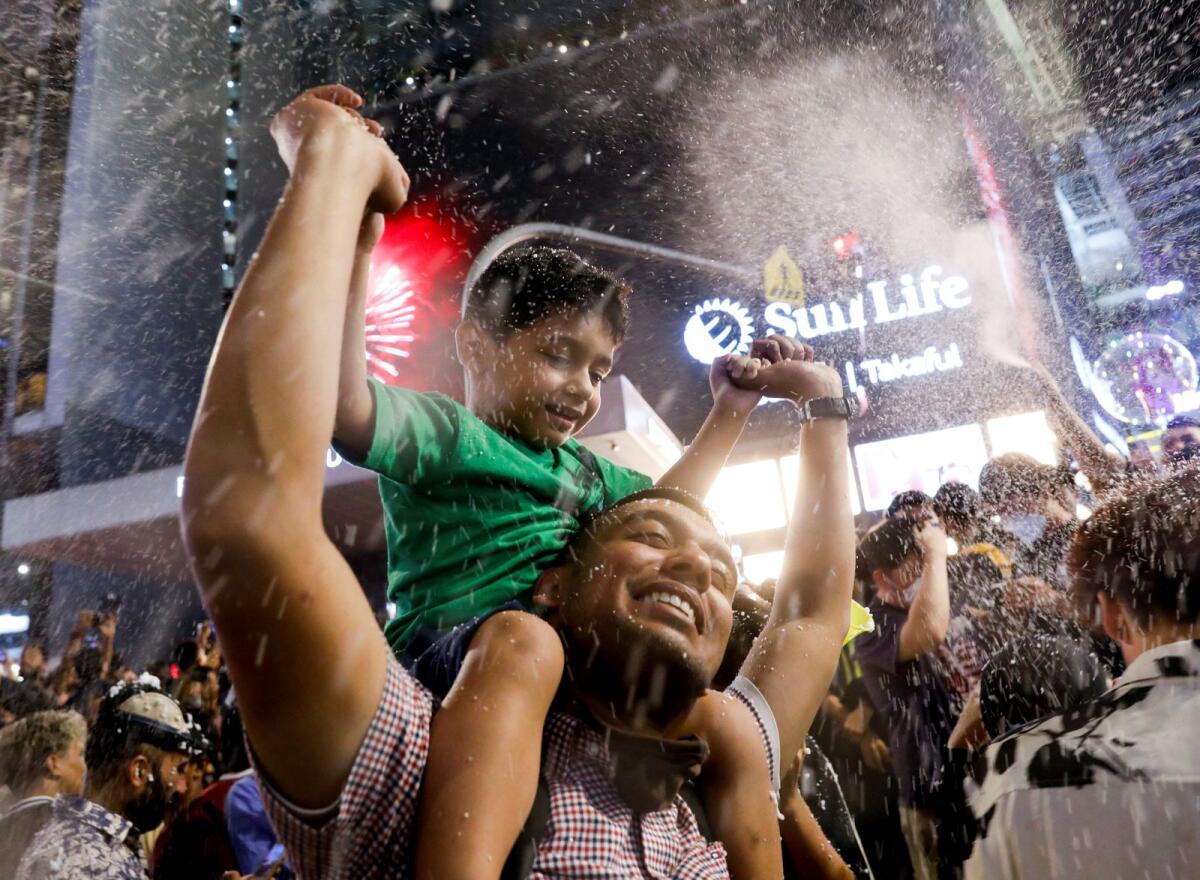 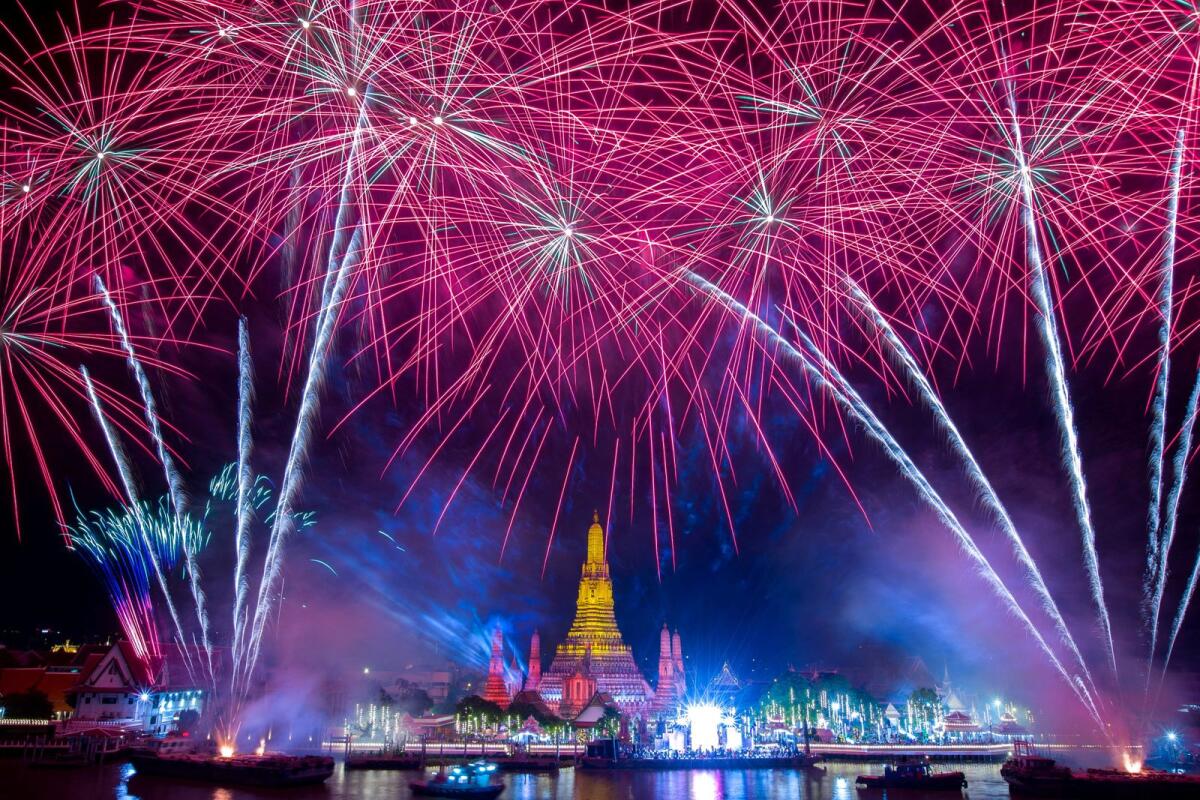 Fireworks explode over Wat Arun of the temple of dawn during the New Year celebrations, in Bangkok, Thailand. 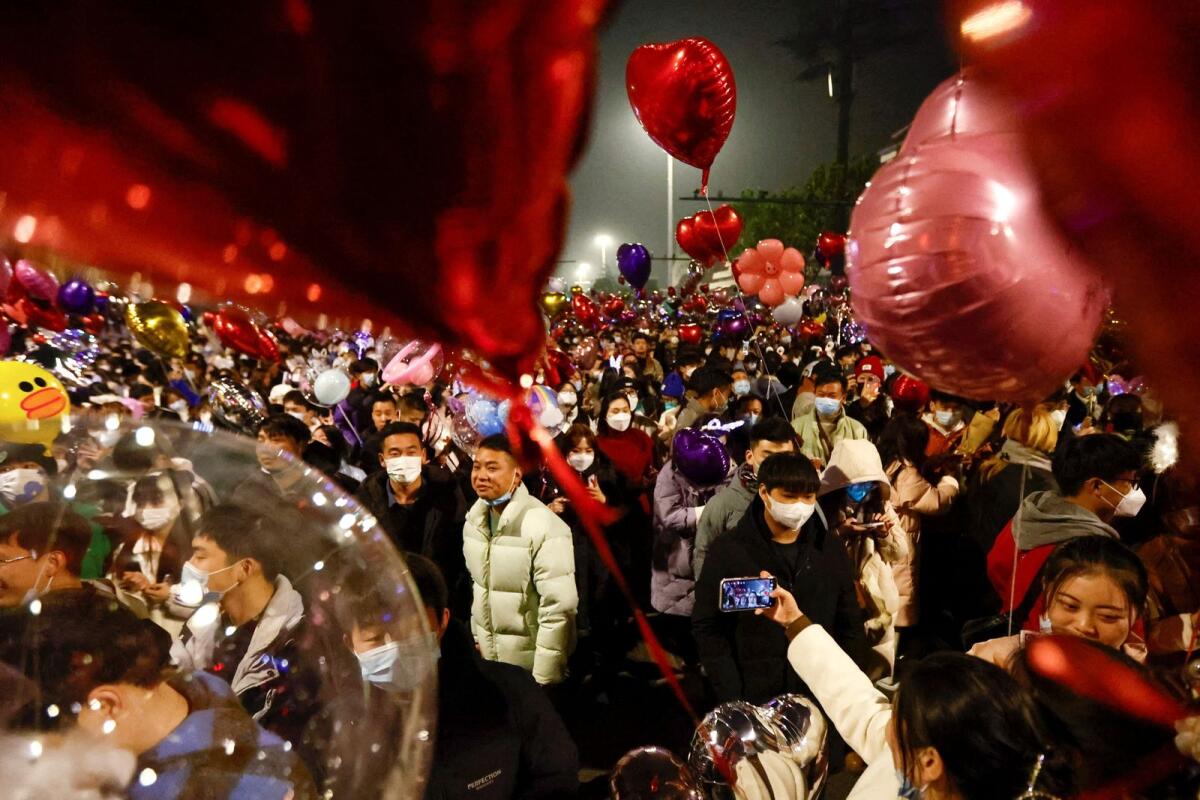 People in Wuhan, Hubei province, China, also welcomed the New Year. Many were seen wearing masks and holding balloons as they gathered to celebrate New Year’s Eve amid the coronavirus disease outbreak. 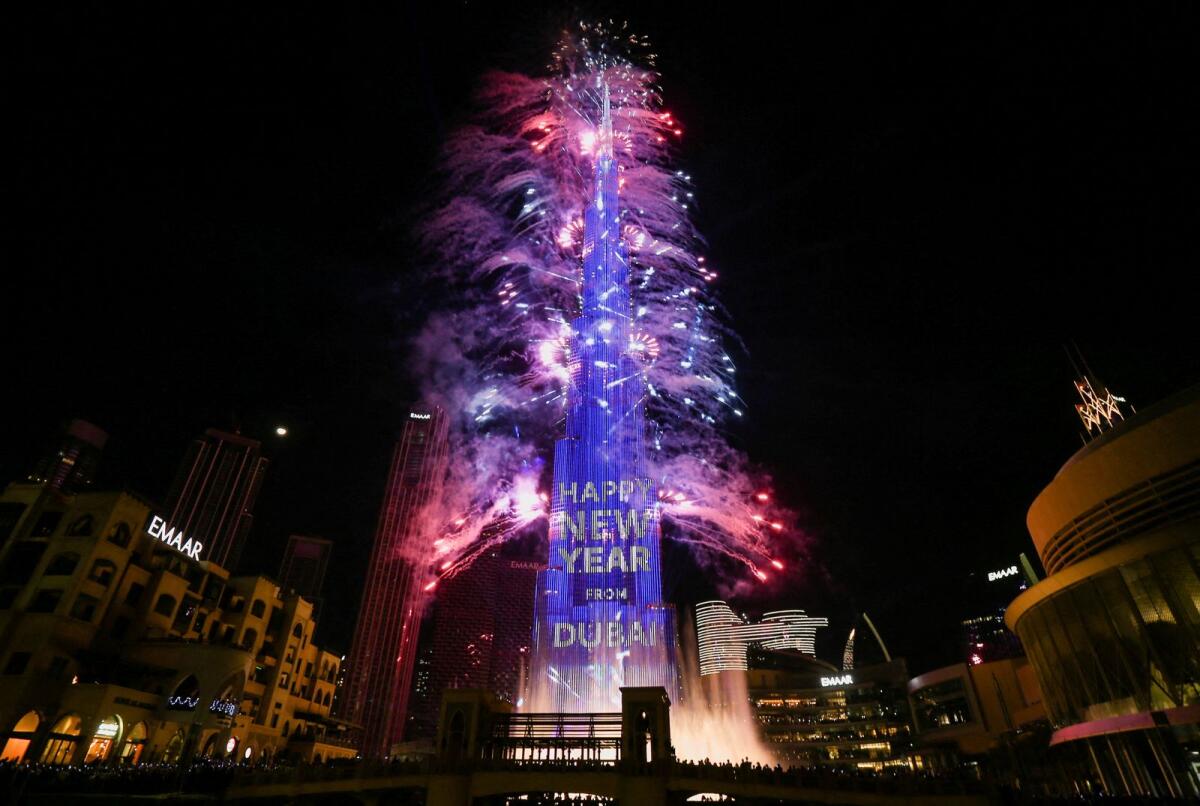 The UAE welcomed 2023 in style. Three world record bids, fireworks in dozens of locations, drone shows, star-studded concerts — 2022’s New Year’s Eve celebrations were set to be a spectacular affair across the Emirates. 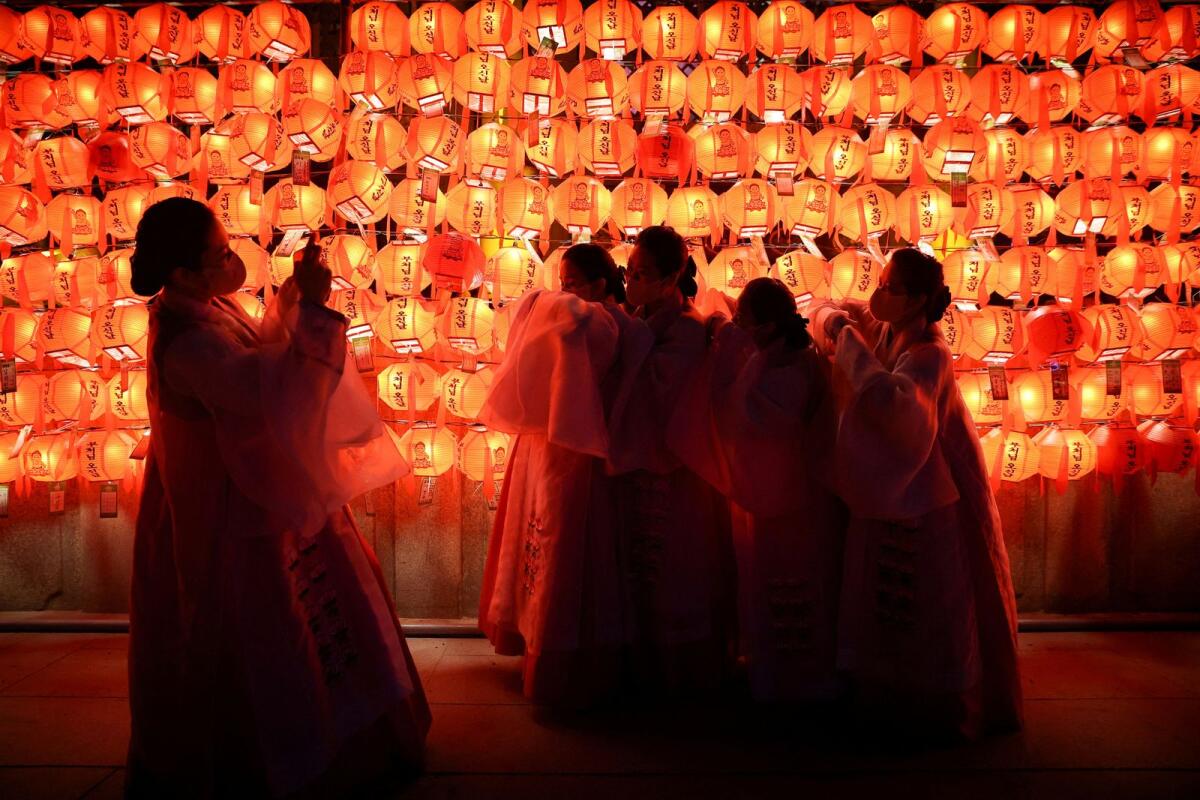 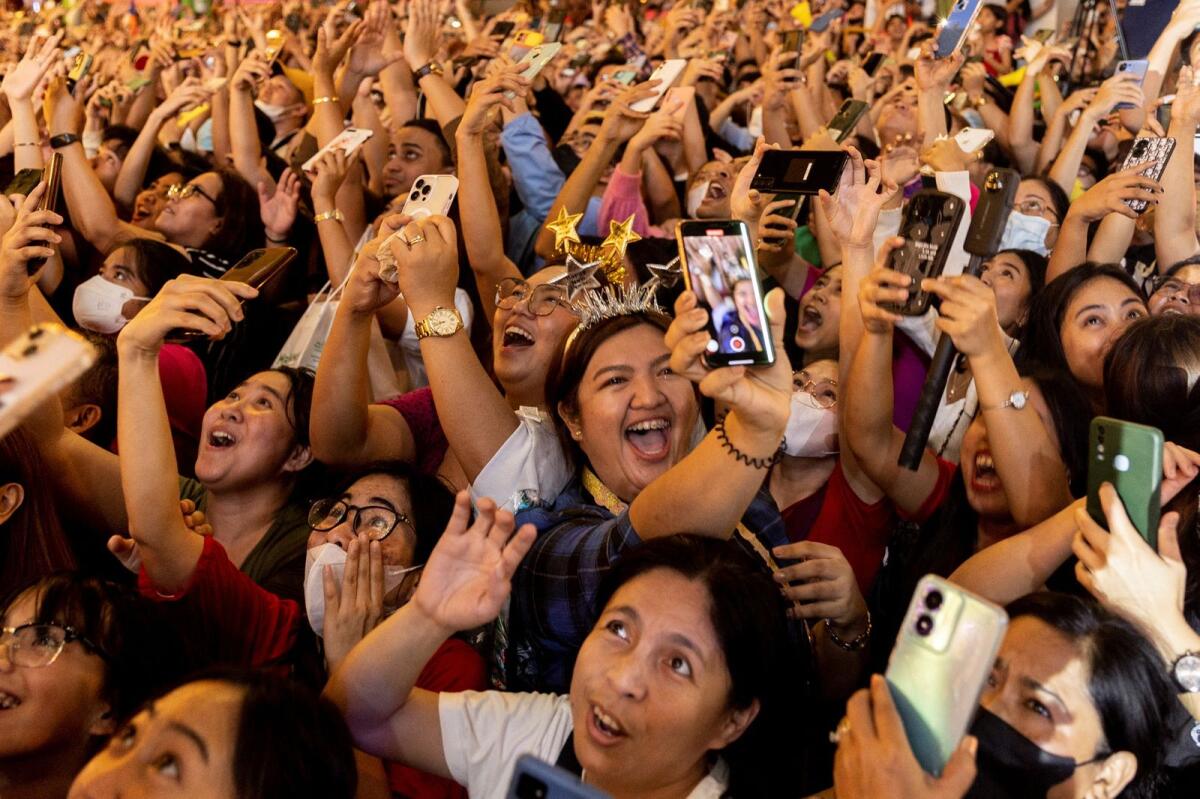 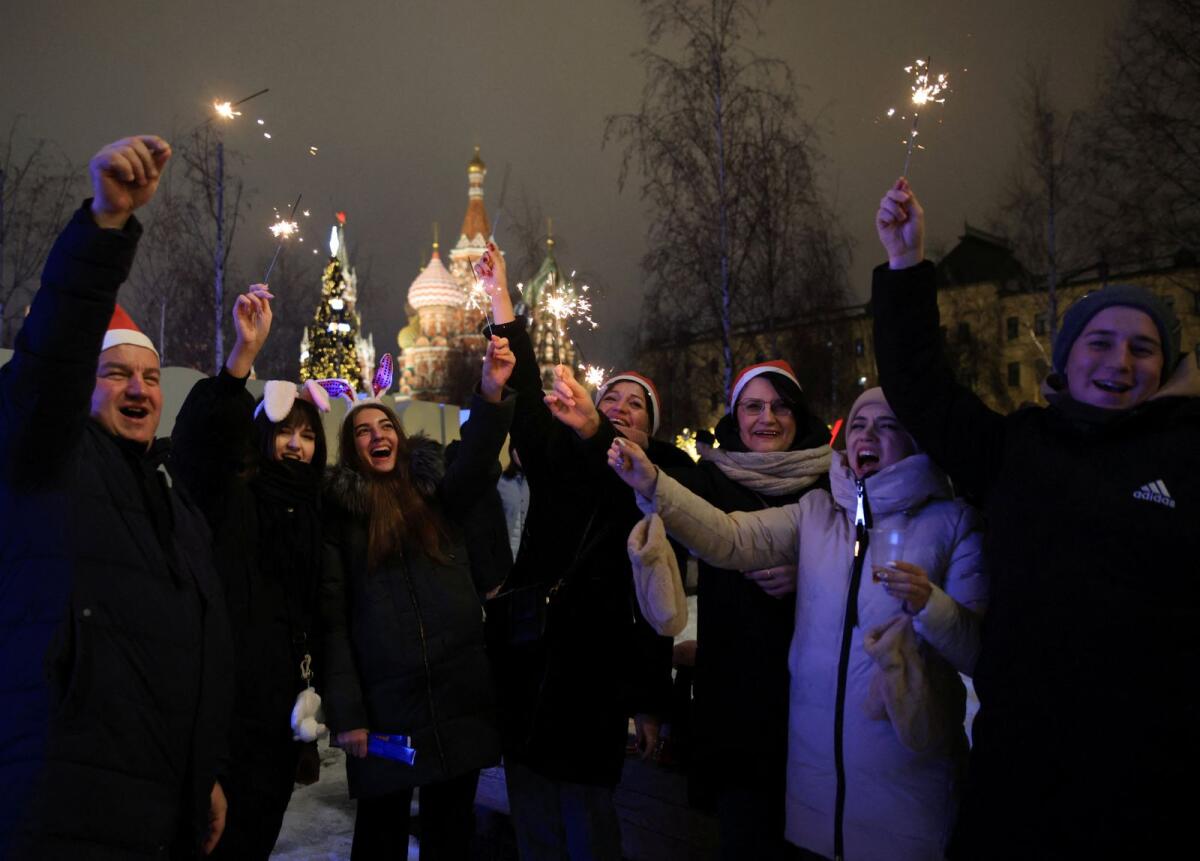 Festivities in Moscow were muted, without the usual fireworks on Red Square.

“One should not pretend that nothing is happening – our people are dying (in Ukraine),” said 68-year-old Yelena Popova. “A holiday is being celebrated, but there must be limits.” Many Muscovites said they hoped for peace in 2023. 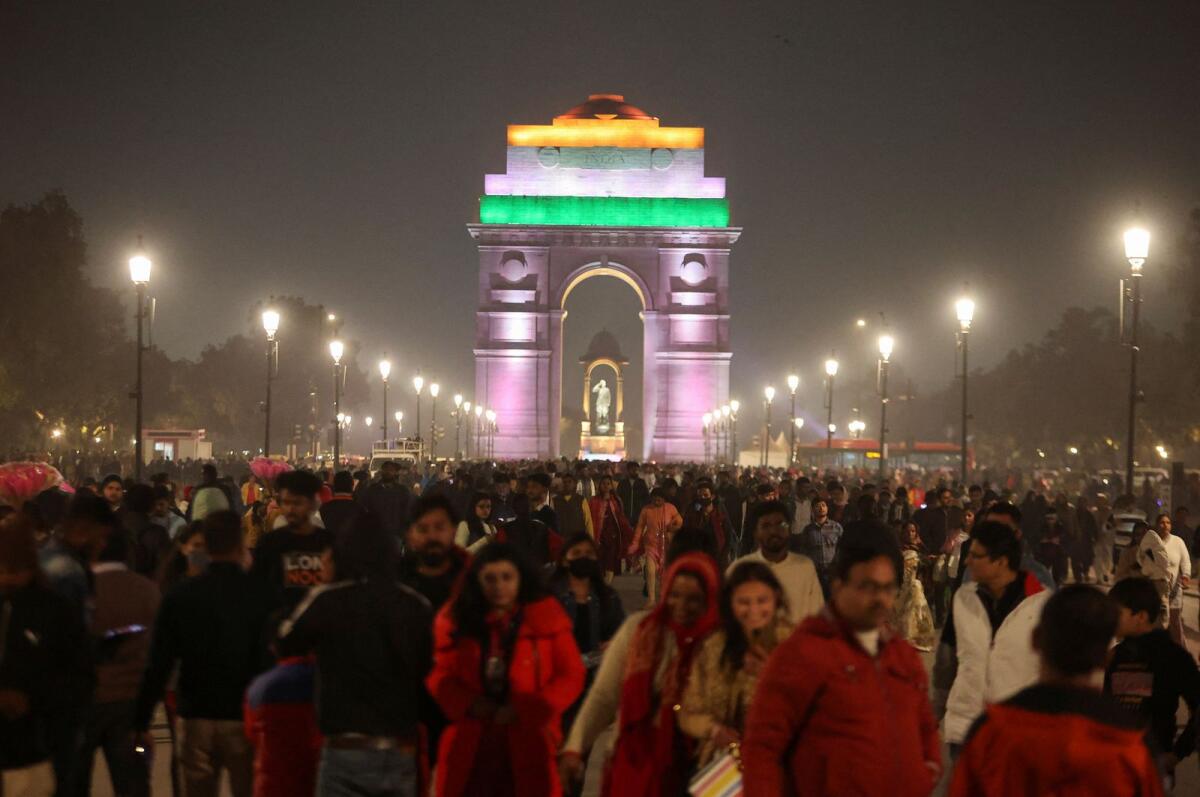 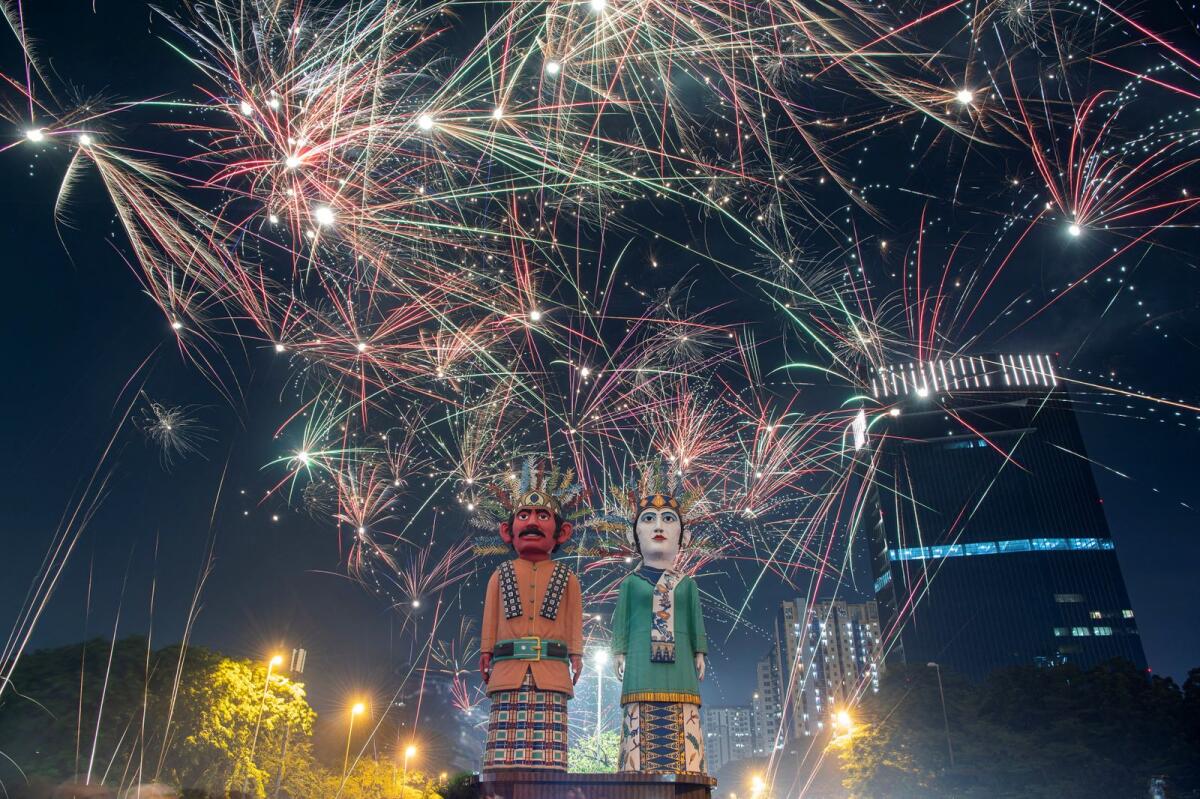 Fireworks explode over statues of the traditional large puppet figures called “Ondel-ondel”, during the New Year celebrations in Jakarta, Indonesia. 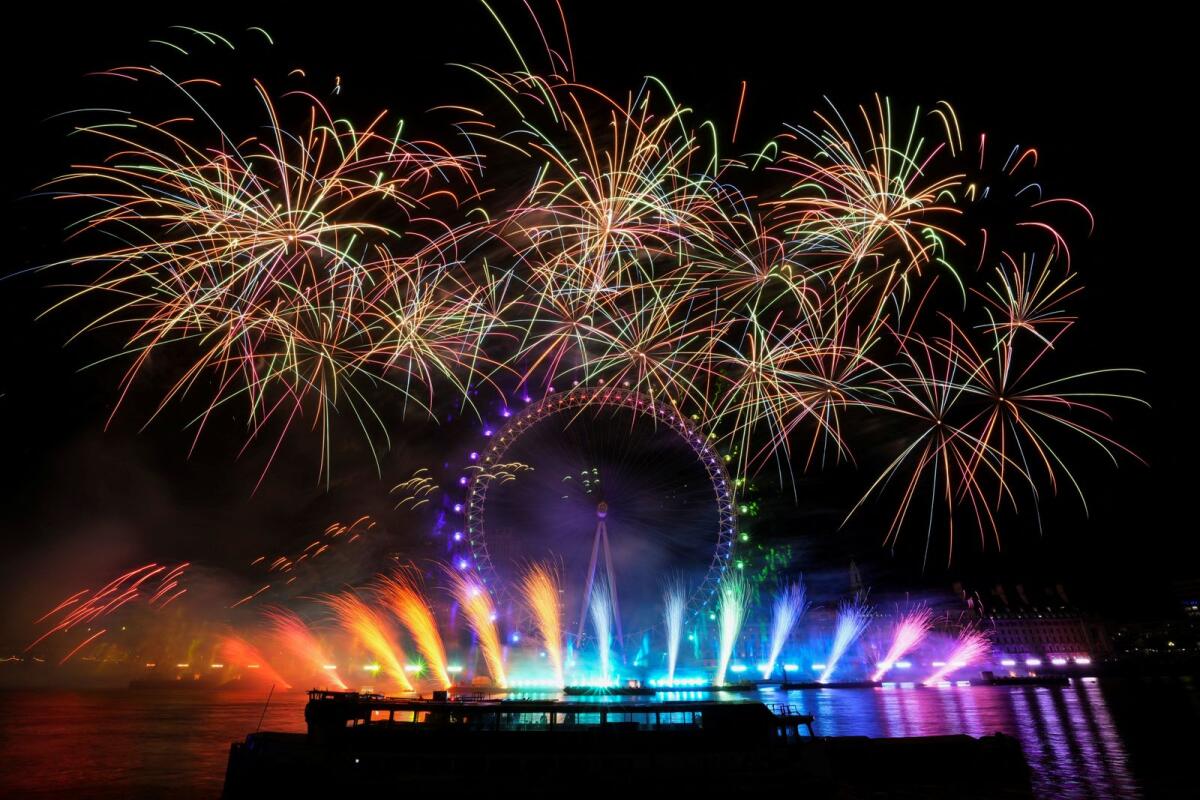 The London Eye turned blue and yellow in solidarity with Ukraine as fireworks saw in midnight in the British capital.

The celebration, which London’s mayor had branded the biggest in Europe, also referenced Queen Elizabeth II, who died in September, the red and white of England’s soccer team. 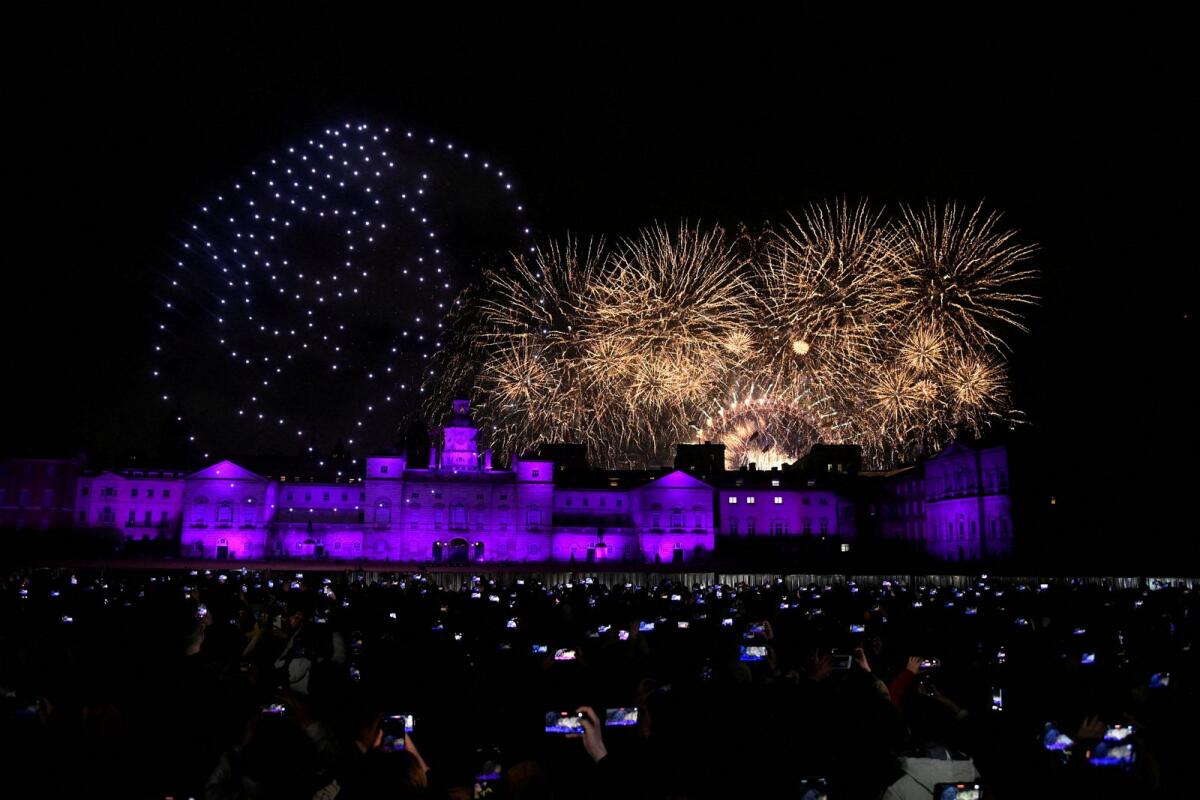 A view of a drone depiction of Britain’s late Queen Elizabeth during the New Year’s celebrations. 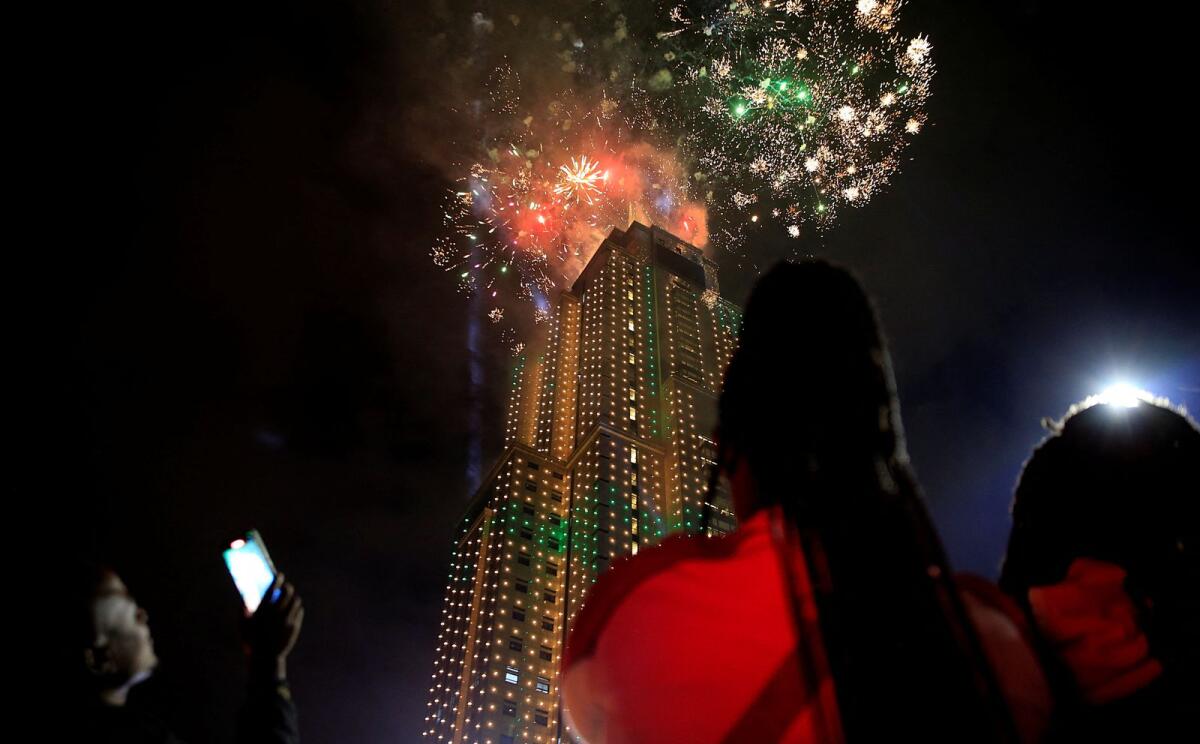 Revellers in Nairobi record using their mobile phones as fireworks explode over the UAP Old Mutual Tower during the New Year’s Eve celebrations. 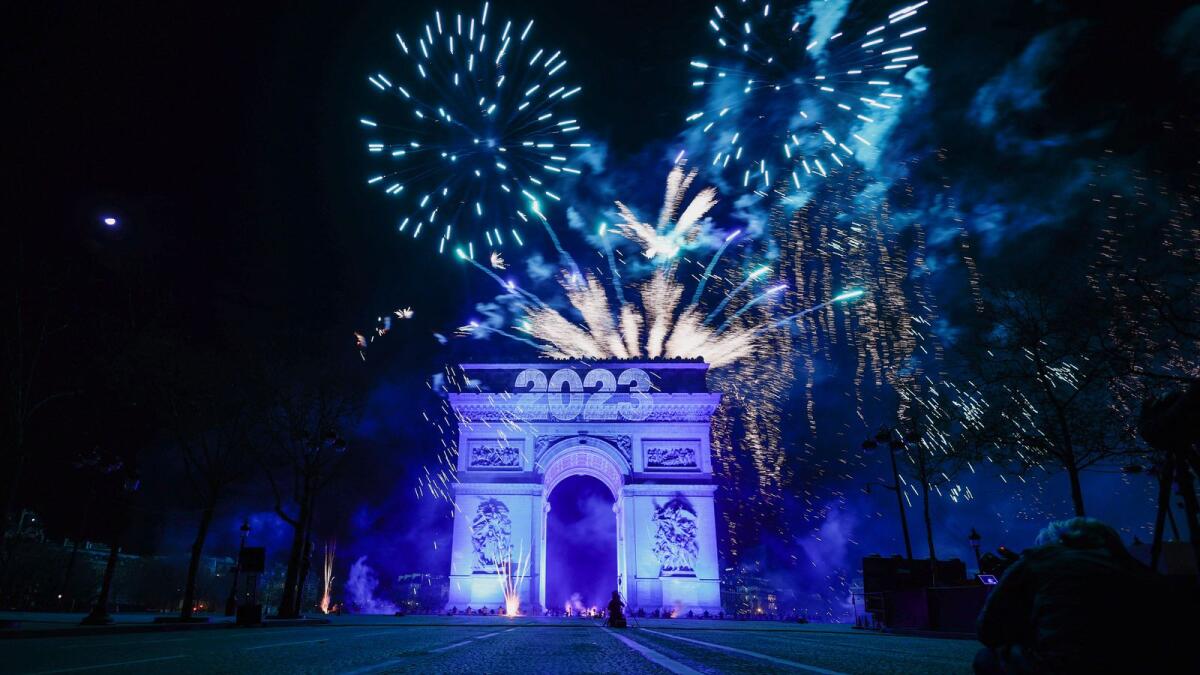 Fireworks exploded over the Parthenon in Athens, the Brandenburg Gate in Berlin, and the Arc de Triomphe in Paris, where crowds gathered on the Champs-Elysees avenue to watch the French capital’s first New Year fireworks since 2019. 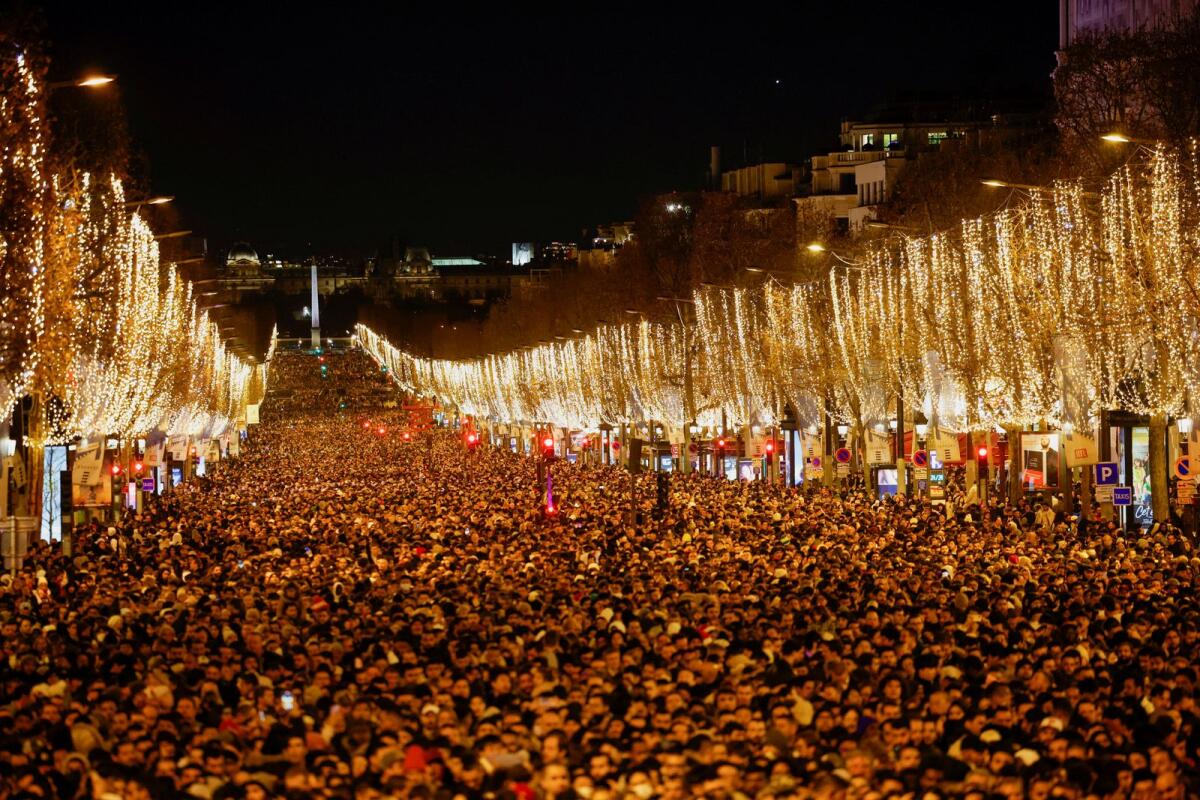 Sea of people gathered on the Champs Elysees avenue near the Arc de Triomphe in Paris to welcome 2023. 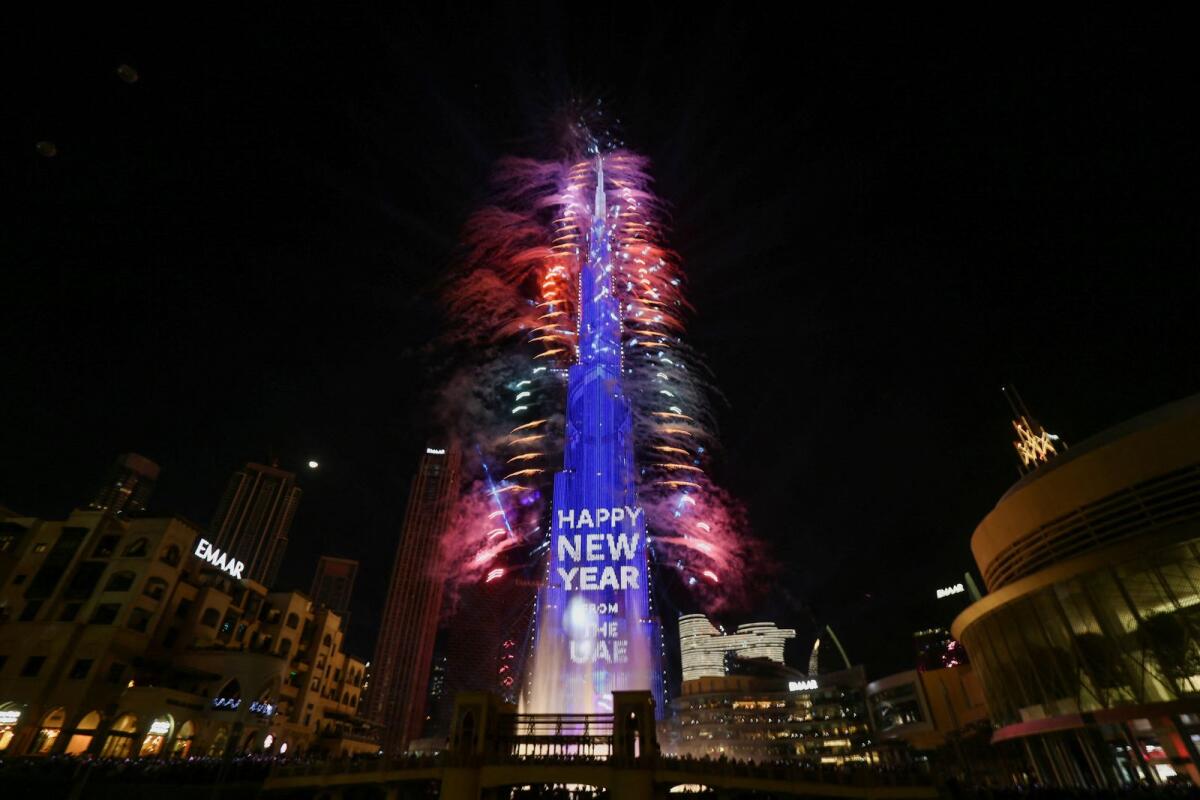 Fireworks exploded from the Burj Khalifa, the tallest building in the world, during the New Year’s Eve celebrations in Dubai. 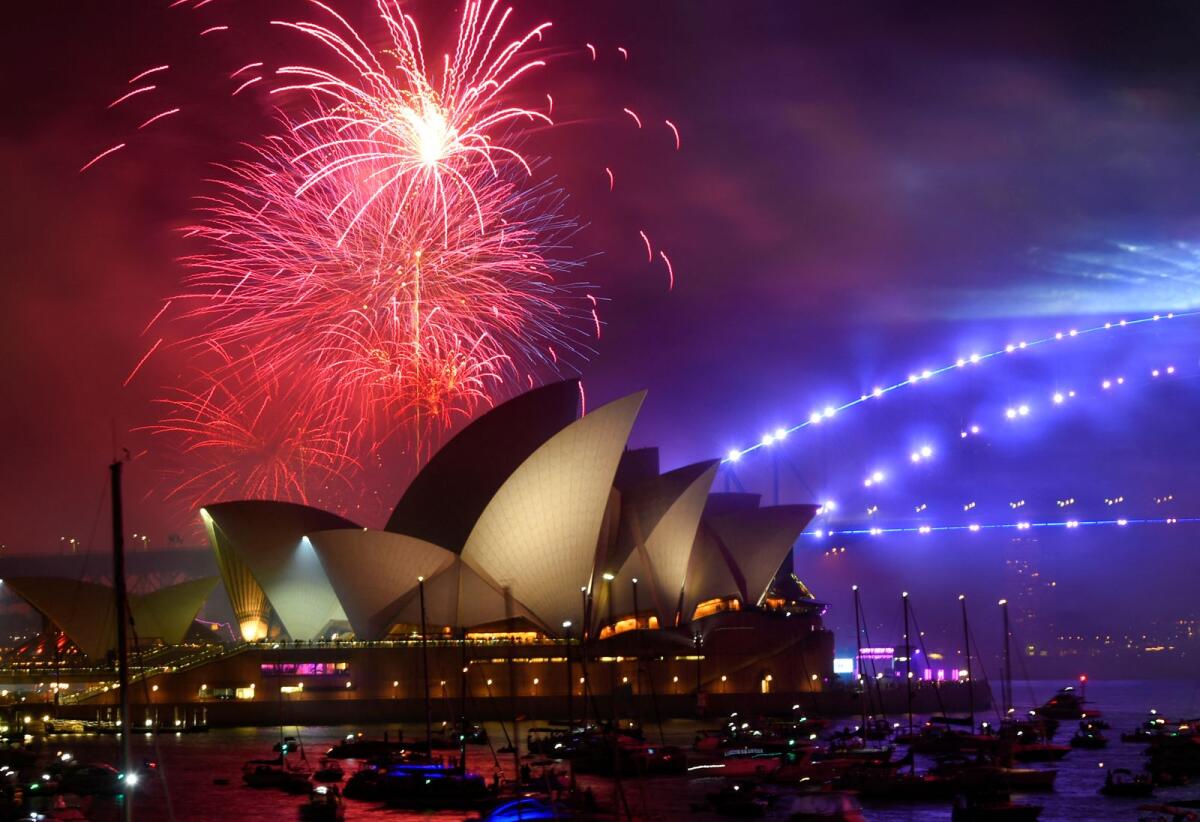 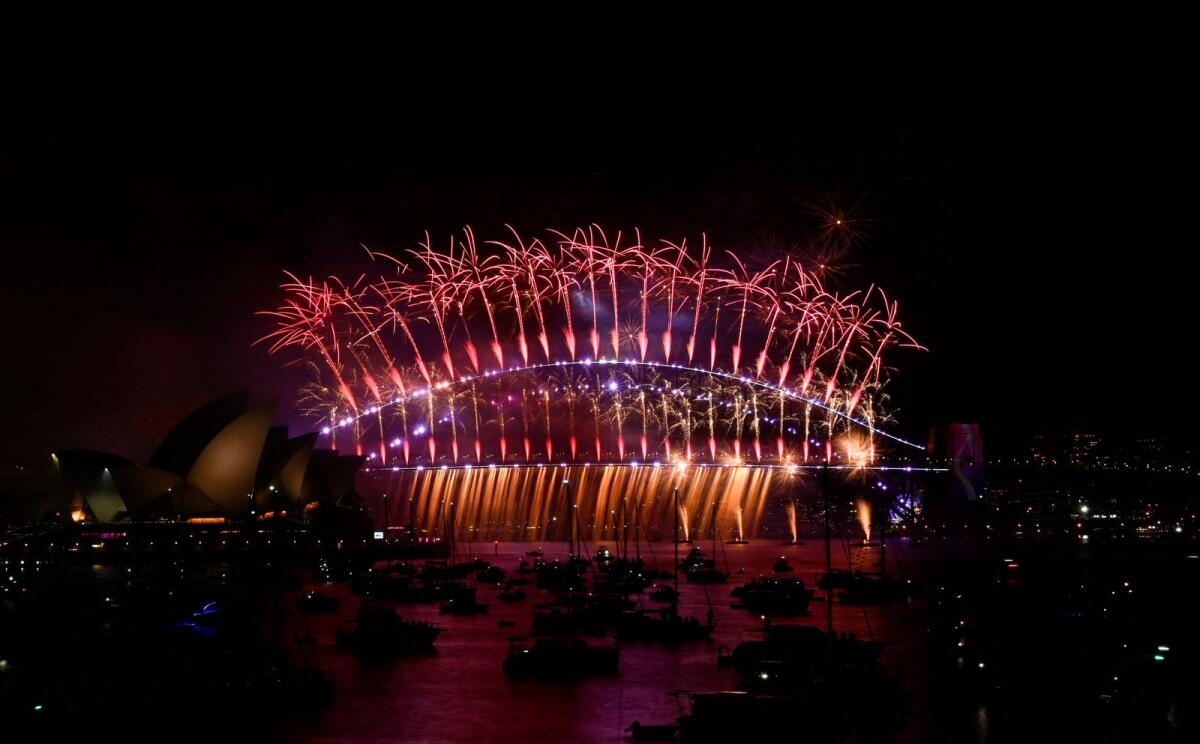