In the land of Maradona and Messi, fans jostle for World Cup stickers 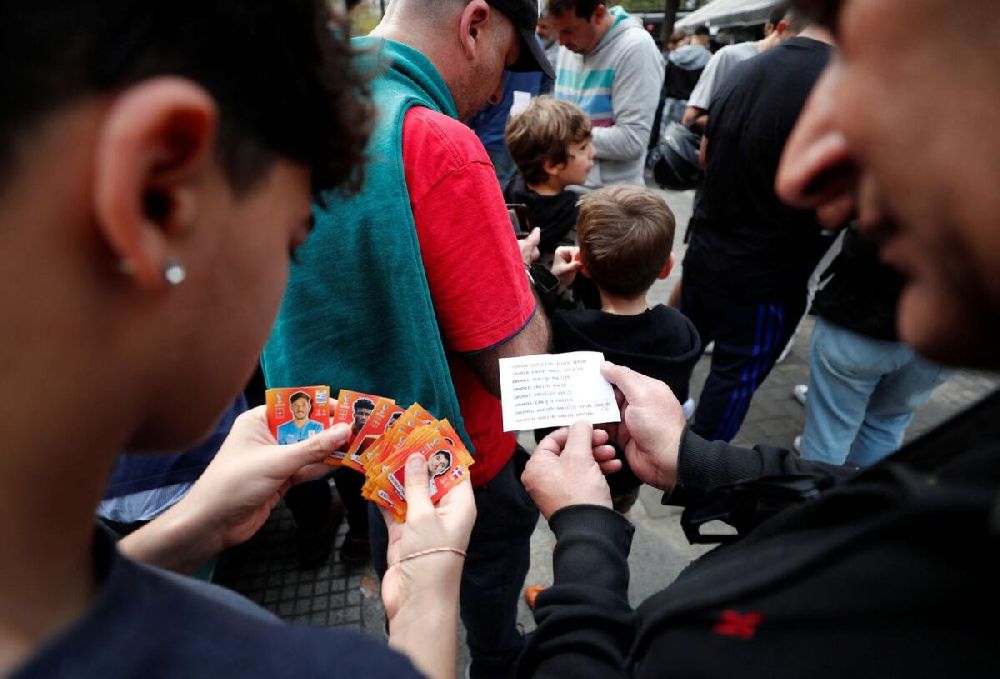 In convenience stores around Argentina, kids – and their parents – are caught up in a new craze: the hunt for Fifa World Cup stickers that have driven the already sport-mad country into a frenzy and left many shops with no stock left to sell.

In the birthplace of soccer legends Diego Maradona and Lionel Messi, signs in some shop windows read “no more stickers or albums”, referring to the 2022 collectible sticker albums ahead of the November World Cup in Qatar.

The trend has generated a wave of social media memes and satire, and even the creation of an app that allows you to track where to get the coveted stickers. New stock has been selling out in a matter of hours.

“It’s frustrating not being able to find any,” said Exequiel Claverie, a 38-year-old media professional and father of three children who are fans of local club River Plate.

“I arrive home every day to (my children) saying: ‘Hey dad, did you buy stickers?’ There are none!”

Argentina, which won the Copa America last year, will head to Qatar along with other Latin American countries Brazil, Uruguay, Ecuador, Mexico and Costa Rica.

The suggested price of a package of five stickers is 150 pesos (close to a dollar at the official rate), but the shortage has led to prices doubling or tripling in informal markets, including one at Buenos Aires’ Rivadavia park.

Completing the 600-sticker album could cost an estimated 20,000 pesos, a steep amount in a country facing deep inflation and a serious economic crisis.

“The full cost of filling the album is a lot. In reality though you rarely have to buy it all yourself: Grandma or auntie always gives you a gift,” said Lucas Perrone, 39, a graphic designer, as he put stickers into the book with his two kids.