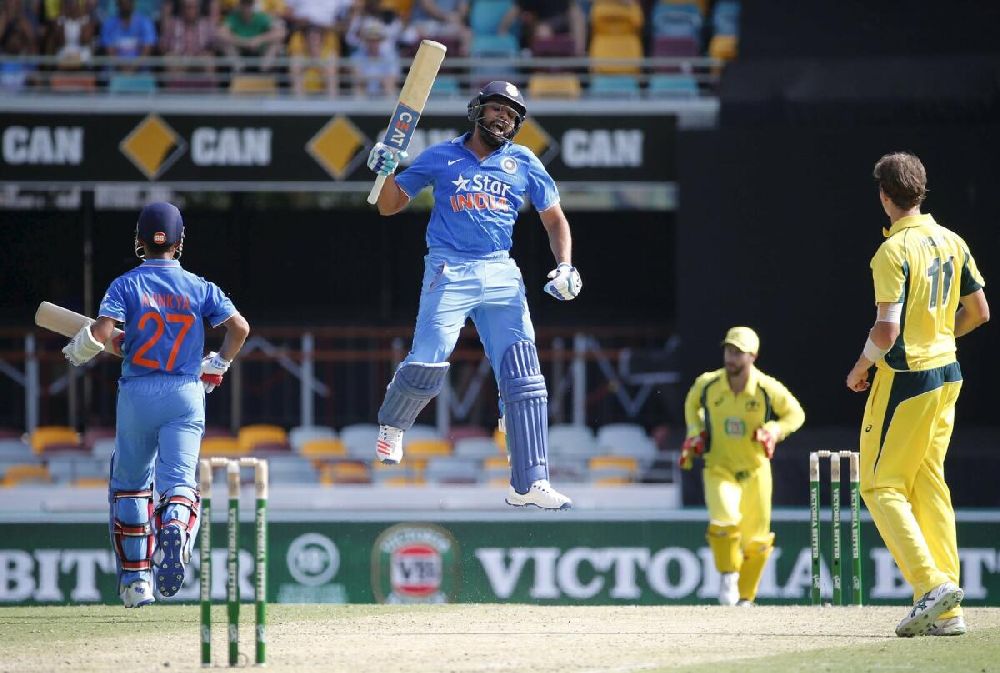 The Board of Control for Cricket in India announced a detailed schedule for the upcoming home series against Australia and South Africa.

Mohali will host the first T20I against Australia with Nagpur and Hyderabad hosting the second and third respectively. 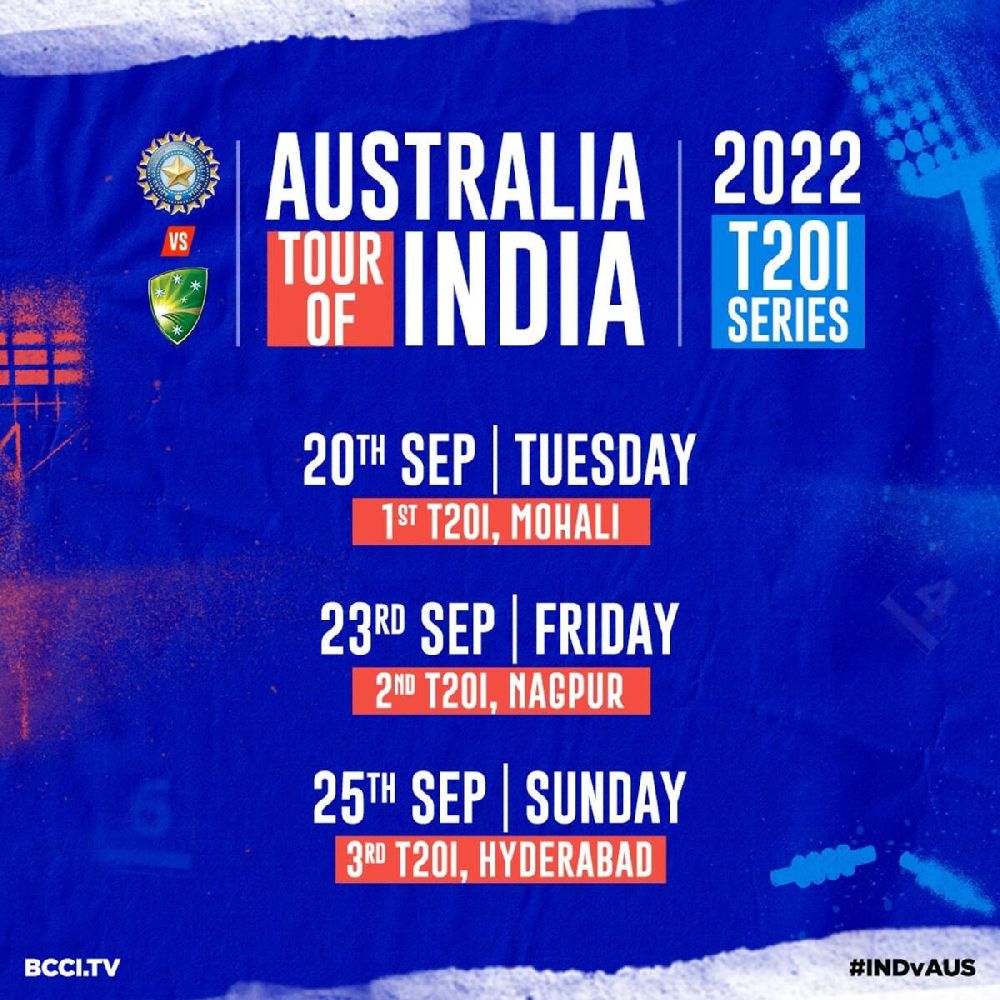 The home series against South Africa will begin in Thiruvananthapuram. The second T20I will be played on October 2, 2022, Gandhi Jayanti, to mark the birth anniversary of Mahatma Gandhi at Guwahati, followed by the last T20I at Indore.

The action will then shift to Lucknow on October 6, where the ODI series will get underway. Ranchi and Delhi will host the second and third ODI respectively. 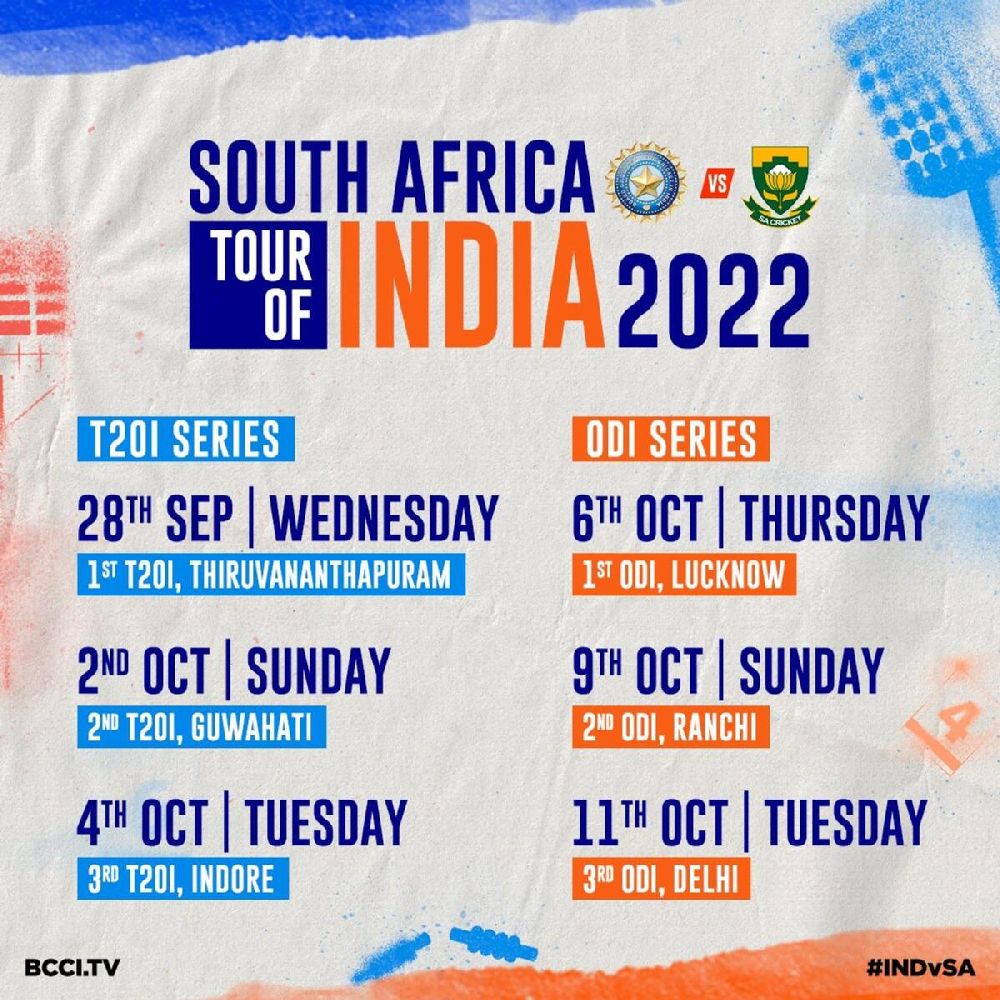