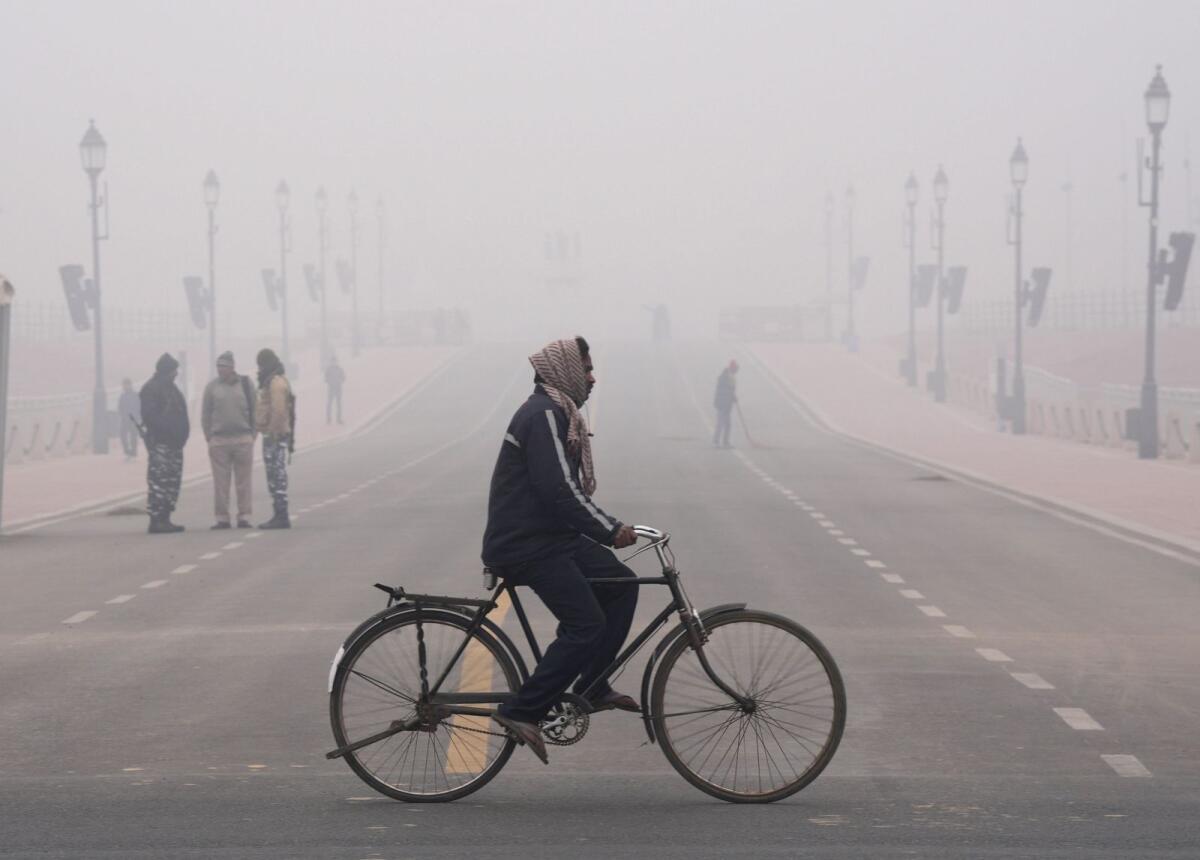 Already reeling under a cold wave since the beginning of the new year, the Indian capital New Delhi on Tuesday witnessed another cold wave and a thick layer of fog, with the Safdarjung area recording 7.8°C minimum temperature at around 5.30 am.

Some flights (Delhi-Kathmandu, Delhi-Jaipur, Delhi-Shimla, Delhi-Dehradun, Delhi-Chandigarh-Kullu) are delayed due to fog and cold in the national capital.

“I am going to Gorakhpur. My train is running late by 4-4.5 hours due to fog,” says a passenger.

36 trains are running late in the Northern Railway region due to fog.

Delhi continues to reel under worsening air pollution as AQI plunges into ‘Severe’ category with an overall AQI of 418.

Delhi government yesterday imposed a temporary ban on plying of BS-III petrol and BS-IV diesel four-wheelers in the national capital till January 12.

The Air Quality Index from 0 to 100 is considered as good, while from 100 to 200 it is moderate, from 200 to 300 it is poor, and from 300 to 400 it is said to be very poor and from 400 to 500 or above it is considered as severe.According to the System of Air Quality and Weather Forecasting and Research (SAFAR), Delhi’s air quality was also recorded to be in the upper end of the ‘very poor’ category on Sunday.