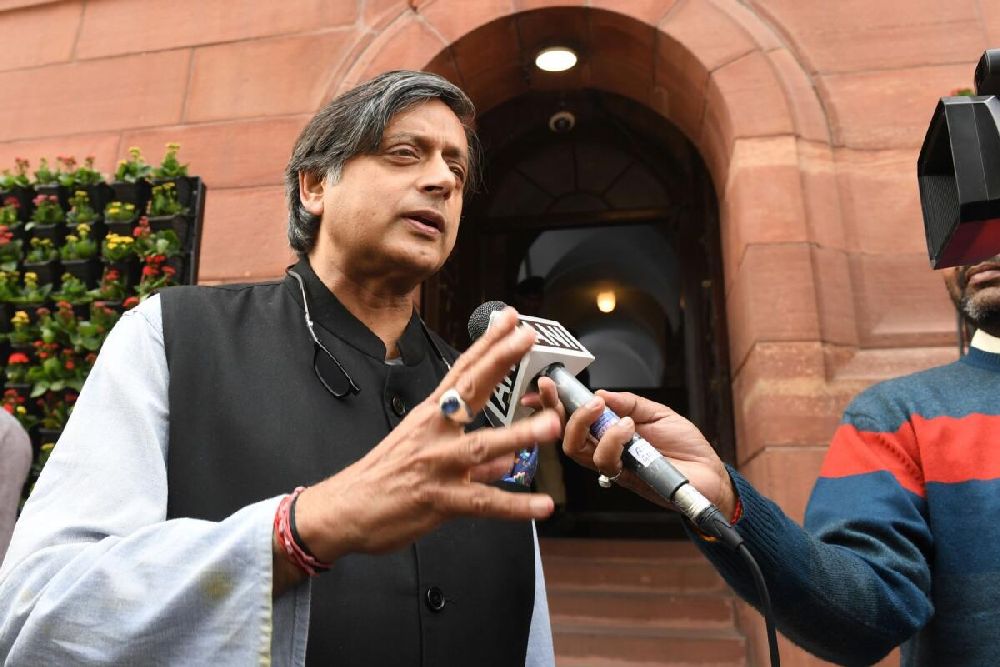 Ashok Gehlot, who is considered to be close to the Gandhi family, and Shashi Tharoor, who got the nod for the Congress interim president Sonia Gandhi, have emerged as top probable contenders for the office of the party chief in case Rahul Gandhi decides not to enter the fray.

Amid speculation that Ashok Gehlot could be running for the party president, the election for which is set to take place next month, sources close to the Rajasthan Chief Minister said that he is “trying to persuade Rahul Gandhi” to contest rather than his own nomination.

This comes amid buzz of Gehlot being a leading choice for the party’s president post in the election scheduled to be held on October 17, the result of which will be declared on October 19.

The speculation gained traction after Gehlot met Sonia Gandhi at her residence in the national capital a few weeks ago, in which, according to the sources, the Congress interim president had asked him to be prepared for the poll to decided the party chief.

“Ashok Gehlot says that rather than thinking of running for Congress President he is trying to persuade Rahul Gandhi to do so. He remains a loyal soldier of Sonia and Rahul Gandhi,” the sources said.

However, Gehlot has maintained distance from any such reports by refraining from making comments when asked whether the election would have a long-term impact on his politics in Rajasthan.

Many believe that Gehlot is backed by the top leadership to run for the post.

Notably, Shashi Tharoor is a candidate of the G-23 group within the party to contest for the poll. He garners the support of several MPs as along with him, five other MPs had written a letter to Congress central election authority chairman, Madhusudhan Mistry demanding that electoral roles should be made available to all. However, Mistry had responded by stating that it will not be made public, but anybody who is willing to contest can access the electoral role from his office from September 20.

In the absence of a member of the Gandhi family in the prez poll, Gehlot and Tharoor are the probable candidates to run for the poll.

Earlier this evening, sources said that Tharoor has got the nod from Sonia Gandhi to contest the polls after he met her in Delhi. The nomination for the poll will start on September 24 and will conclude on September 30.

After the refusal of the Gandhi family to enter the race for the post of president, Gehlot and leaders like Mukul Wasnik, K C Venugopal, Kumari Selja, Malikarjun Kharge, Bhupesh Baghel are being considered possible choices.

The Congress party has completed the internal election process by August 20. The party had announced that the election for the post of president will be held between August 21 and September 20. However, Wayanad MP Rahul Gandhi has still not cleared his stance on whether he would contest or who his choice would be. (ANI)