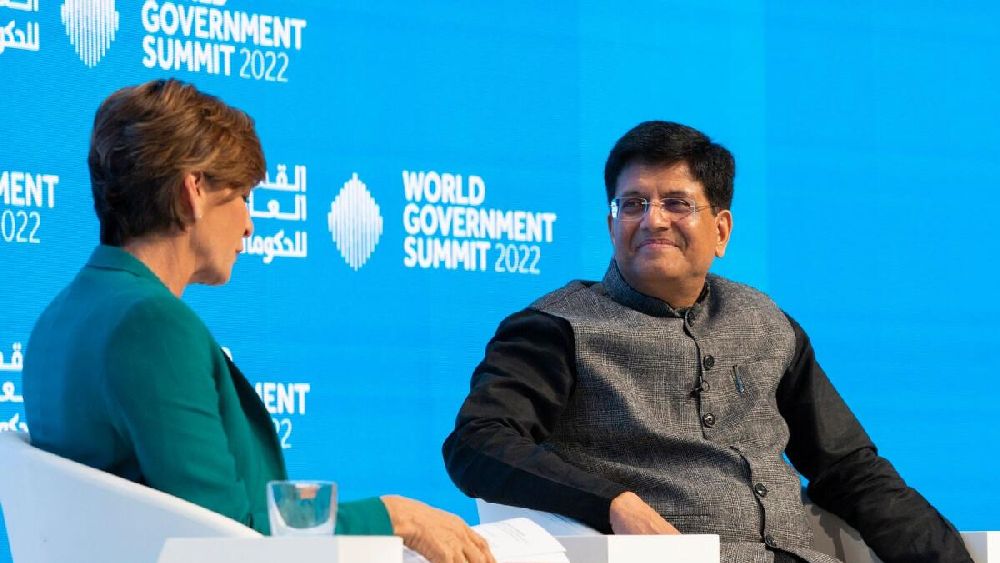 India’s Minster of Commerce has said that bilateral trade between the UAE and India will reach a quarter of a trillion dollars by 2030.

Commenting on the recent memorandum of understanding (MoU) signed between the UAE and India, Piyush Goyal, Minister of Commerce and Industry, Consumer Affairs and Food and Public Distribution and Textiles of India, said: “Beyond trade, there are some unique dimensions to the relationship between India and the UAE.

“You would be amazed by the enthusiasm and bonhomie we have seen since signing the MoU. We are looking at much more ambitious targets – something in the region of $250 billion in bilateral trade by 2030.”

He identified opportunities in a number of sectors, between the two countries during the ‘Accelerating the Global Economic Recovery Forum’ held at the World Government Summit (WGS2022).

The same sentiment of optimism ran throughout the forum on Tuesday which hosted four fireside chats on how the economy can recover despite the headwinds created by the global pandemic, among other global challenges impacting trade and supply chains.

Other delegates discussed the economic recovery in the context of a global emergence from the coronavirus crisis, offering a range of perspectives and solutions from across the private and public sectors.

Roberto Azevedo, Chief Corporate Affairs Officer at PepsiCo, outlined a number of challenges, from the recovery of supply chains to the diversification of international currencies and potential threats to the global power of the dollar.

In the context of the economic recovery, He firmly emphasised the continued need for the private sector to contribute to the global socio-economic agenda, saying: “Companies have a role to play here. It’s time to have a new social contract.”

Conversations on the political power of the US dollar as well as the future of cash and digital banking continued with the session’s second speaker, Sim S. Lim, Consumer Banking/Wealth Management Group Executive at DBS.

He further said: “Fintech is the best thing that has ever happened to the banking industry,” noting that the unregulated industry was able to challenge and drive innovation in the heavily regulated and long-stagnant banking sector.

Picking up the baton on the topic of fintech, Ravi Viswanathan, Founder of NewView Capital, outlined the future role of fintech in global economic recovery, saying: “That disruption that fintechs are known for, is global. We have invested in fintechs in the Nordics, in Amsterdam. Before, all of this disruption was coming from one geographic region.”

He ended the discussion by highlighting the growth opportunities for start-ups and disruptors outside the US, describing the US venture capital market as “saturated”, and adding that the “risk-taking mentality” of European or MENA-based companies should seek to take advantage of this situation.