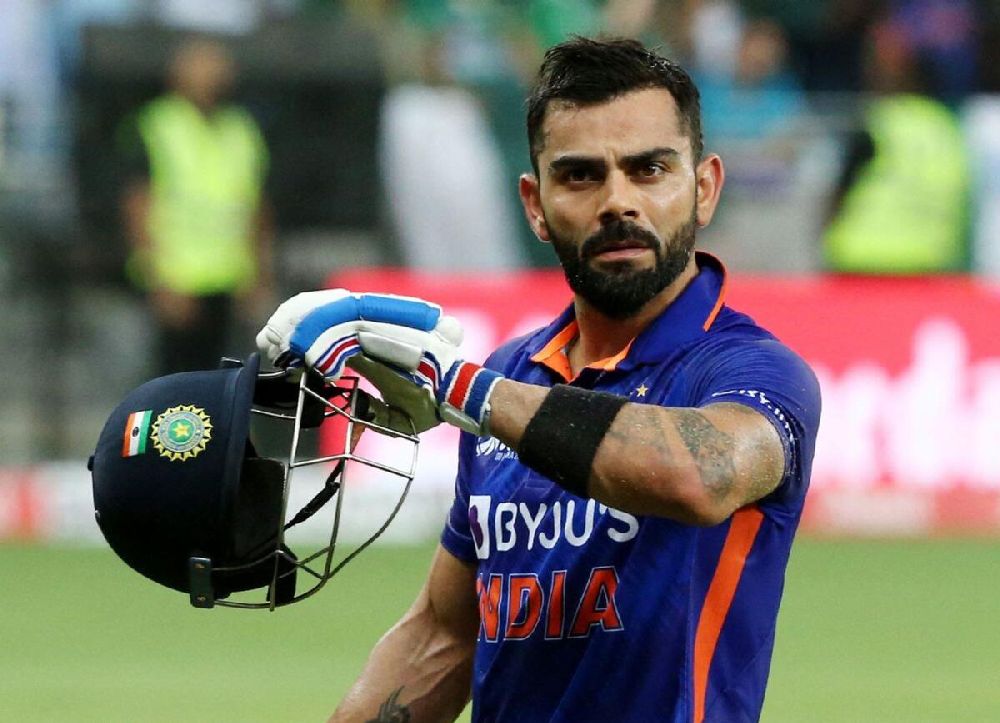 Kohli reached this landmark during the third T20I against Australia in Hyderabad.

In the match, “Chase Master” Kohli was in full flow, switching from attacker to anchor, and back, at will. He struck 63 runs in 48 balls, consisting of three fours and four sixes. His strike rate was also pretty solid at 131.25.

Kohli had a great partnership with Suryakumar Yadav (69), worth 104 runs.

Kohli is also the second-highest run-scorer in the history of white-ball cricket.

The first one to score 16,000 runs in white-ball cricket was legendary cricketer Sachin Tendulkar.

On the other hand, in the solitary T20I the Master Blaster played, he could manage only 10 runs.

In the third T20I against Australia, visitors Aussies posted 186/7 in their 20 overs. Cameron Green (52 off 21 balls) helped them get to an explosive start.

Following that, spinners Yuzvendra Chahal (1/22) and Axar Patel (3/33) helped the men in blue make a comeback, restricting the Aussies’ run flow and leaving them struggling at 117/6 in 13.5 overs.

Then a 68-run stand between Tim David (54) and Daniel Sams (28*) helped the visitors reach 186/7 in their 20 overs. Axar was India’s star with the ball, and continued his good run in the series. Chahal, Bhuvneshwar Kumar and Harshal Patel also got one wicket each.

Chasing 187, Team India lost openers KL Rahul (1) and skipper Rohit Sharma (17) quickly, leaving them struggling at 2/30. Then Virat Kohli and Suryakumar Yadav stitched a quickfire 104-run stand in 62 balls, with Yadav smashing Aussies all over the park and Virat anchoring the innings after scoring some quick runs in his first 20 balls.

Yadav’s dismissal for 69 off 36 to Josh Hazlewood broke the stand. Following that, Virat brought up his half-century and looked to finish off the game, but was caught by skipper Aaron Finch on a Sams delivery for a well-made 63 off 48.

Hardik Pandya (25* off 16 balls) finished the game for India with a four, with one ball to spare. Team India finished their innings at 187/4, winning the game by six wickets.

Sams (2/33) bowled well for the Aussies. Hazlewood and Pat Cummins also took a wicket each.

Suryakumar Yadav was adjudged as ‘Man of the Match’ for his fifty.