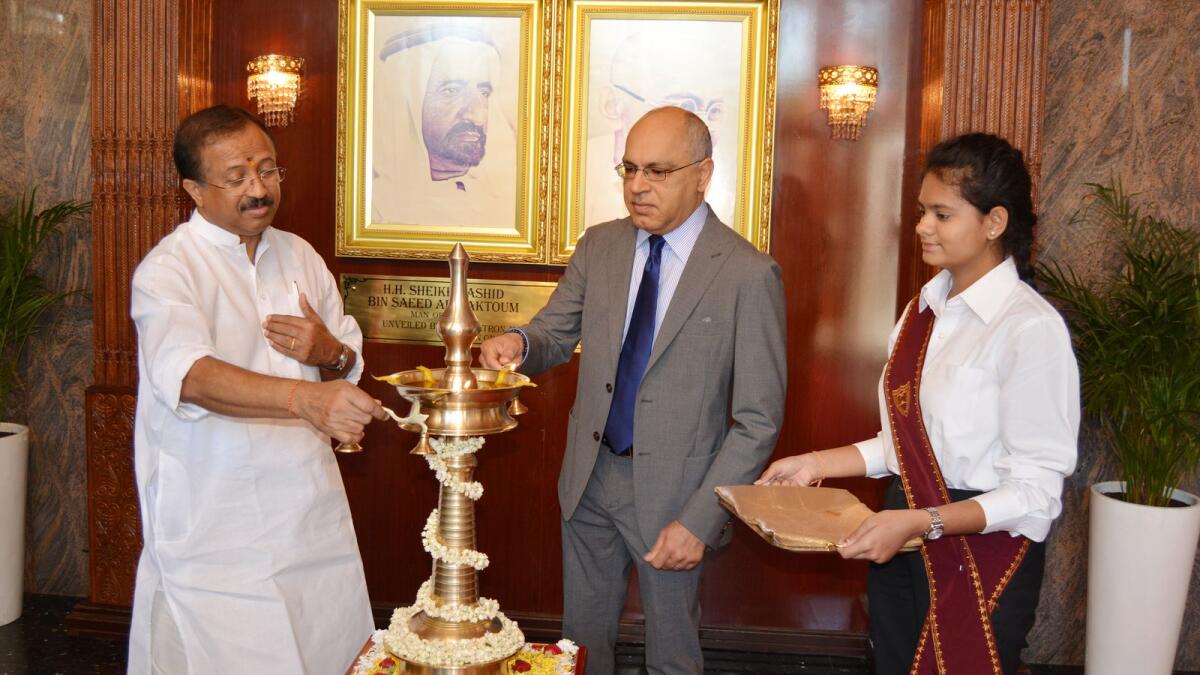 V. Muraleedharan, Indian Minister of State for External Affairs and Parliamentary Affairs on Friday reiterated how the COP28, which will be hosted by the UAE later this year, will be a harbinger of future action plans pertaining to climate change.

He also highlighted how a small self-change can benefit the whole earth. The Indian minister spoke at the Indian High Group of Schools, as he was welcomed at the school’s Shaikh Rashid Auditorium at Oud Metha, Dubai. 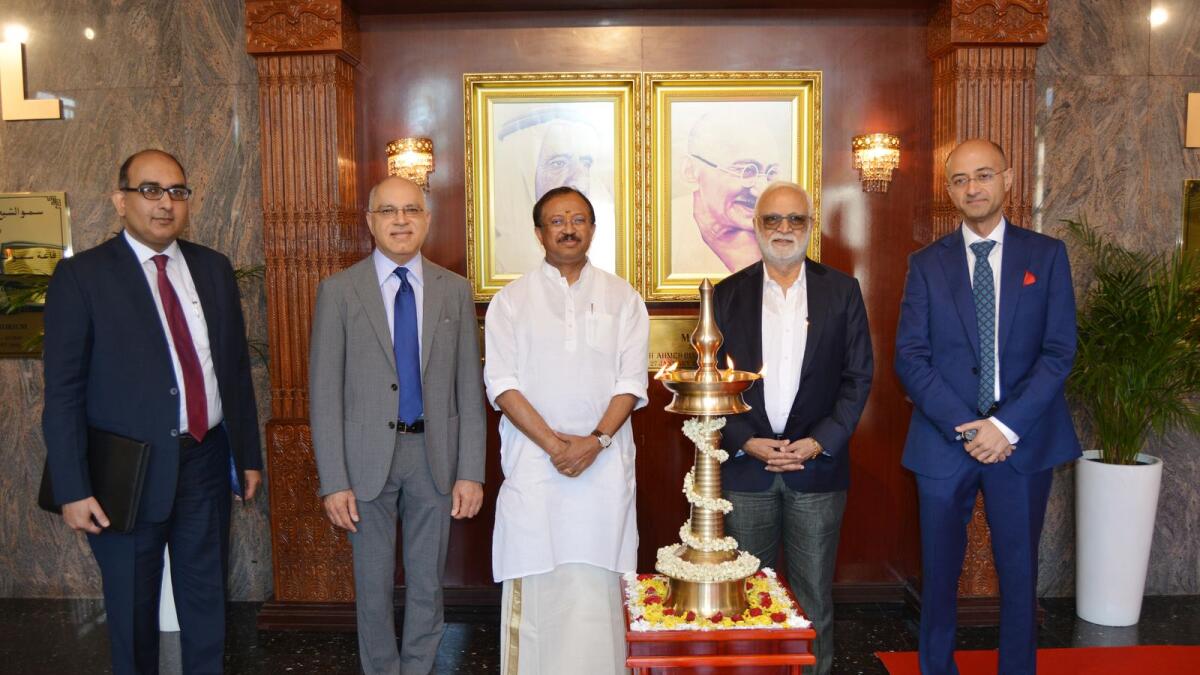 This is particularly significant as the UAE President, His Highness Sheikh Mohamed bin Zayed Al Nahyan today announced that 2023 is the Year of Sustainability in the country.

The former Consul General of India, Vipul, who also worked with the External Affairs Minister of India, graced the occasion.

Praising students in the UAE, the minister said, “It’s the young minds that have changed the world’s perspective of India being a den of darkness to a lighthouse of hope.” 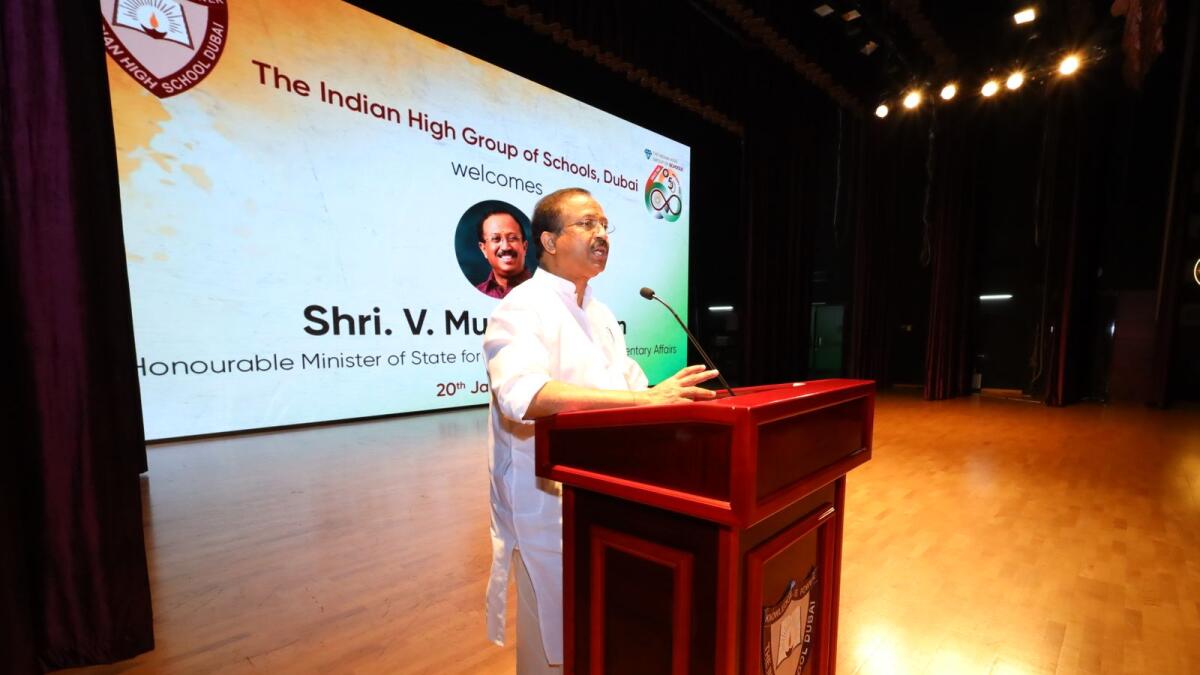 Punit MK Vasu, CEO of The Indian High Group of Schools said, “We were enthralled to hear his phenomenal views on how the youth should drive global change. This visit was a wonderful direct follow up to our students interacting with the Honorable Minister during the recently concluded Pravasi Bharatiya Divas in Indore where The Indian High Group of Schools led proudly with the largest student delegation across Indian schools all over the world.”

He added, “He consistently advocates for the welfare of the expatriate Indian community and gives priority to sustainable development goals. He also spoke about the UAE holding the (COP 28) 2023 United Nations Climate Change Conference and how a small self-change can benefit the whole earth. 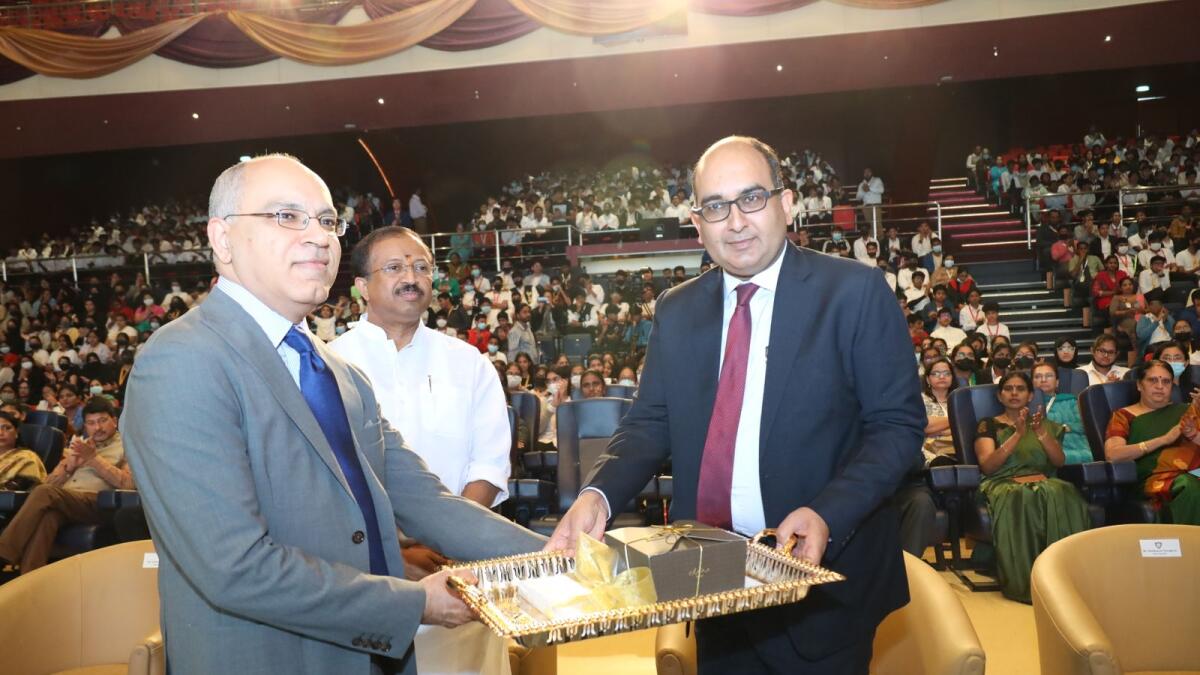 “This visit is a true tribute to the contribution made by The Indian High Group of Schools in providing high-quality affordable education to the Indian diaspora for over 60 years. It is a significant event for our students, school leaders, teachers and management in reinforcing the vision of the UAE and India towards inspiring the younger generation with continual engagement. Such interactions undoubtedly help young minds further nurture their sense of civic responsibility, social thinking and global consciousness embedded with a strong sense of national identity and empathy across both the UAE and India.”