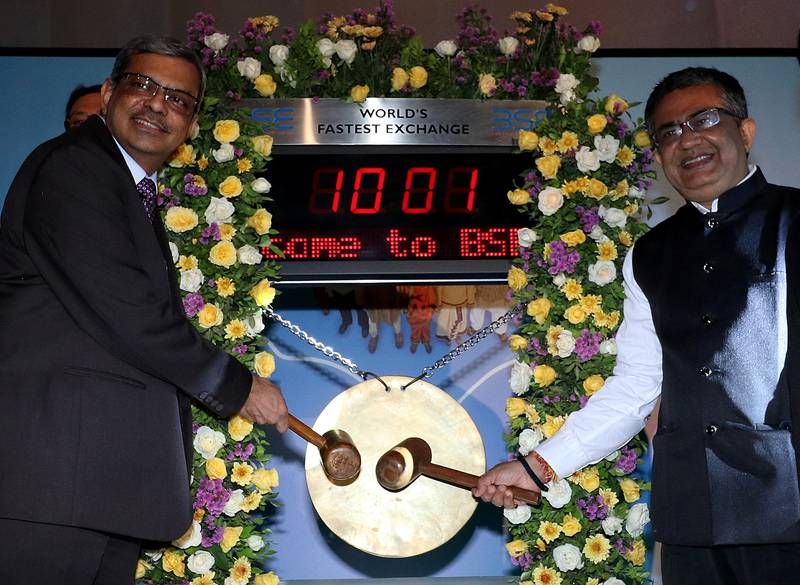 Shares in Life Insurance Corporation of India slumped more than 5 per cent in early trading as the state-owned company made its market debut amid weak investor sentiment due to recent equity market volatility.

LIC’s trading debut was eagerly awaited following the government’s $2.7 billion sale of a 3.5 per cent stake in the company, making it India’s largest ever initial public offering.

But market conditions have been tough. Russia’s invasion of Ukraine and the US Federal Reserve’s tightening of liquidity with rate hikes have prompted a slump in stock markets in India.

The benchmark S&P BSE Sensex is down more than 10 per cent since the start of the year.

“Though the LIC listing has been below the issue price of 949 rupees [$12.2 a share], given the attractive valuations, we expect some buying interest in the stock both from retail and institutional investors,” said Hemang Jani, the head of equity strategy, broking and distribution, at Motilal Oswal Financial Service.

Founded in 1956, LIC is a household name. Investors flocked to buy shares in the company when its IPO was launched earlier this month. The shares on offer were oversubscribed almost three times.

Given the challenging environment, the government did delay and scale back plans to sell a 3.5 per cent stake, rather than the 5 per cent it had been considering.

The public float raised much needed funds for New Delhi, which is trying to manage its budget deficit, as government finances have been hit by the Covid-19 pandemic, while higher oil prices are only adding to the strain.

The listing is part of a broader plan to sell off state assets to bolster government finances.

Demand for the LIC IPO has given us “a very optimistic view of the capital markets going forwards, despite the present headwinds. In markets you have ups and downs, we all know”, Tuhin Kanta Pandey, secretary of India’s department of investment and public asset management, said at the LIC listing ceremony on Tuesday.

Sovereign wealth funds from Norway and Singapore were among the anchor investors.

A number of policyholders and other small retail investors, including first-time stock market investors, also snapped up shares in LIC.

There has been a lot of optimism around LIC’s listing given the pedigree of the company and the enormous growth potential of the life insurance market in India, which analysts say is underpenetrated.

Competition with private insurers has been increasing, however, and LIC’s market share has declined – although it is still India’s largest insurer by far.

“There may be a bit of retail selling today due to the current sentiments in the overall market, but the long term fundamentals of LIC remain intact,” said Girirajan Murugan, the chief executive of FundsIndia, an online investment platform.

“Once the dust settles on the market due to the ongoing issues related to the Ukraine-Russia war and the worries on the Inflation front, stocks in the insurance sector along with other beaten down stocks in the banking and non-banking finance space should see good momentum.”

Still, shares of India’s state-run companies that went public have not performed well.

Half of the 21 state-run firms that have listed on the stock exchanges are trading below their issue price.

In addition, a slew of companies in India that went for IPOs last year are trading down sharply on their listing price.

Among these is the digital payments firm Paytm. Its listing was eagerly awaited but its shares are now trading at about a quarter of the issue price.

Analysts say that LIC’s valuation was fair and that as a long-established company, it is likely to fare better. But its performance going forward will continue to be monitored very closely.

“The performance of LIC’s stock post listing will have a near term sentiment impact on markets,” said VK Vijayakumar, chief investment strategist at Geojit Financial Services.