Indonesia earthquake: Hunt is on for buried survivors as disaster kills 162 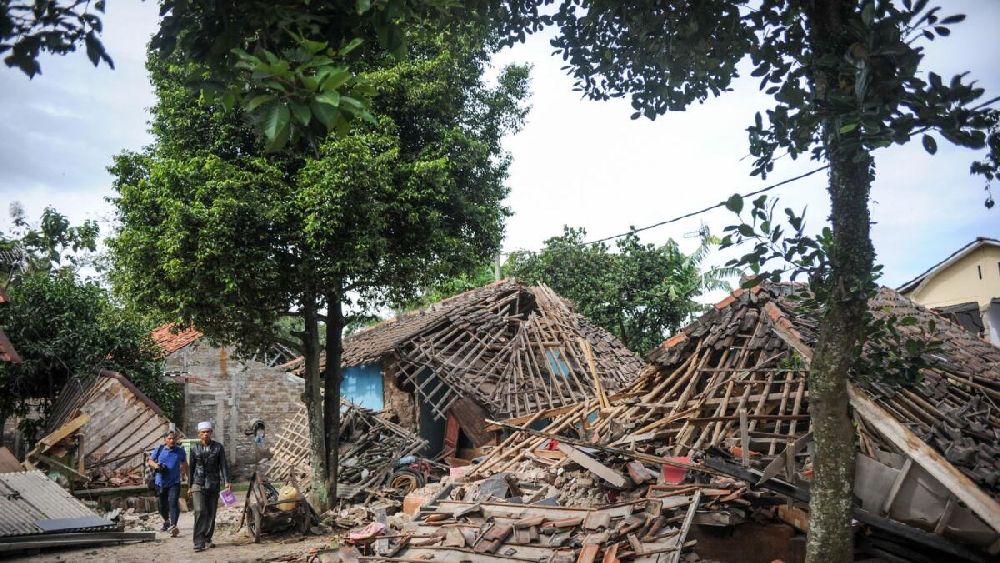 Rescuers searched for survivors buried under rubble on Tuesday after an earthquake on Indonesia’s main island of Java killed 162 people, injured hundreds and left more feared trapped in collapsed buildings.

As bodybags emerged from crumpled buildings in Indonesia’s most populous province, rescue efforts turned to any survivors still under debris in areas made hard to reach by the mass of obstacles thrown onto the roads by the quake.

The epicentre of the shallow 5.6-magnitude quake on Monday was near the town Cianjur in West Java, where most of the victims were killed as buildings collapsed and landslides were triggered.

One of the dozens of rescuers, 34-year-old Dimas Reviansyah, said teams were using chainsaws and excavators to break through piles of fallen trees and debris to reach areas where civilians were believed trapped. 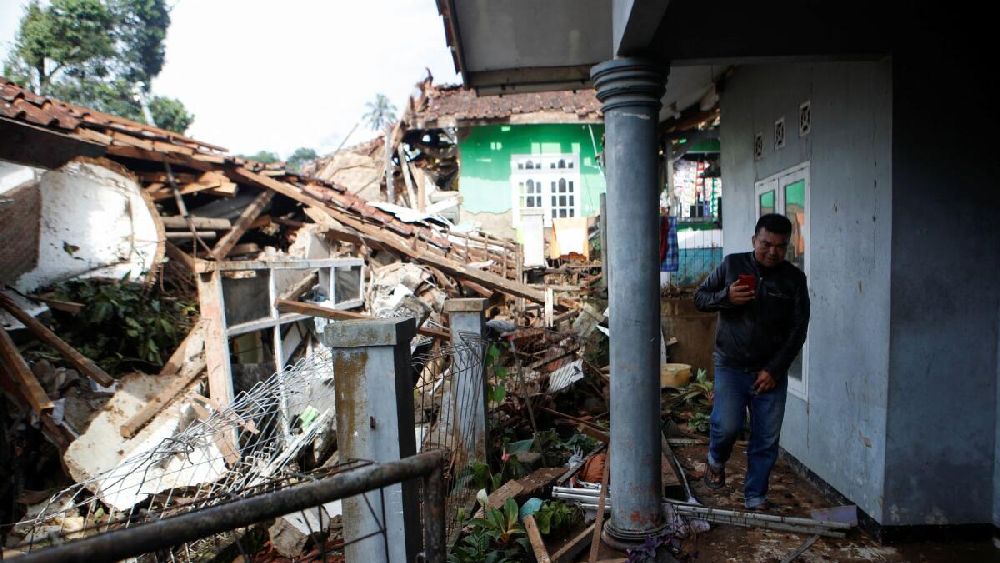 “I haven’t slept at all since yesterday, but I must keep going because there are victims who have not been found,” he said.

Drone footage taken by AFP showed the extent of a quake-triggered landslide where a wall of brown earth is only punctuated by workers using heavy machinery to clear a road.

President Joko Widodo visited the area on Tuesday, offering compensation for victims and ordering disaster and rescue agencies to “mobilise their personnel” to prioritise the evacuation of victims.

“On behalf of myself, on behalf of the government, I would like to express my deepest condolences,” he said.

Indonesia’s national disaster mitigation agency, or BNPB, said at least 25 people were still buried under the rubble in Cianjur as darkness fell Monday.

The BNPB offered a lower death toll of 103 as of Tuesday morning and said 31 people remain missing. 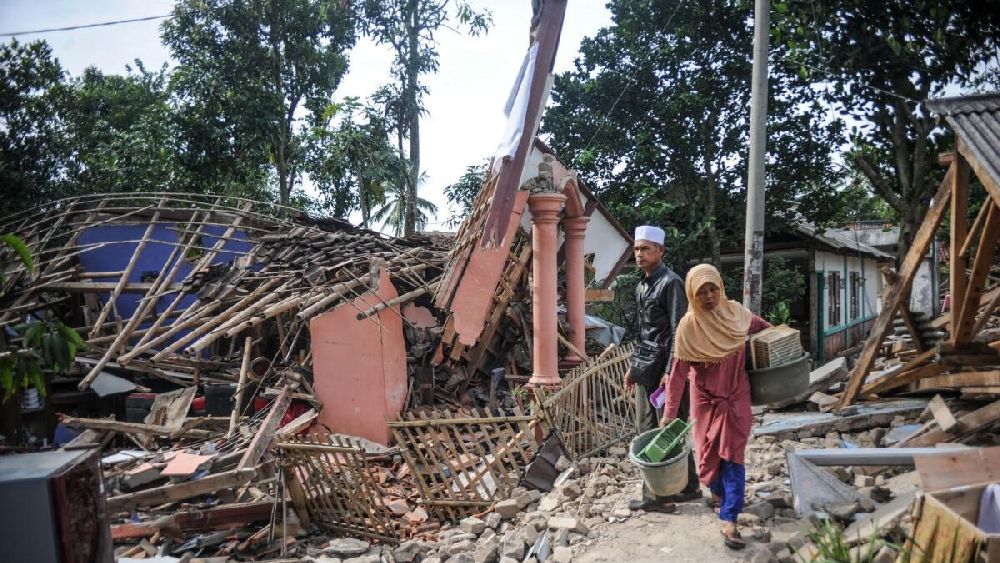 Some of the dead were students at a boarding school while others were killed in their homes when roofs and walls caved in on them.

“The room collapsed and my legs were buried under the rubble. It all happened so fast,” 14-year-old student Aprizal Mulyadi told AFP. The search operation on Tuesday was made more challenging because of severed road links and power outages in parts of the largely rural, mountainous region.

By Tuesday morning, 89 per cent of power to Cianjur had been recovered by state-owned electricity company PLN, according to state news agency Antara. Kamil said more than 300 people had been injured and over 13,000 taken to evacuation centres.

Those who survived camped outside in near-total darkness surrounded by fallen debris, shattered glass and chunks of concrete. Doctors treated patients outdoors at makeshift wards after the quake, which was felt as far away as the capital Jakarta. 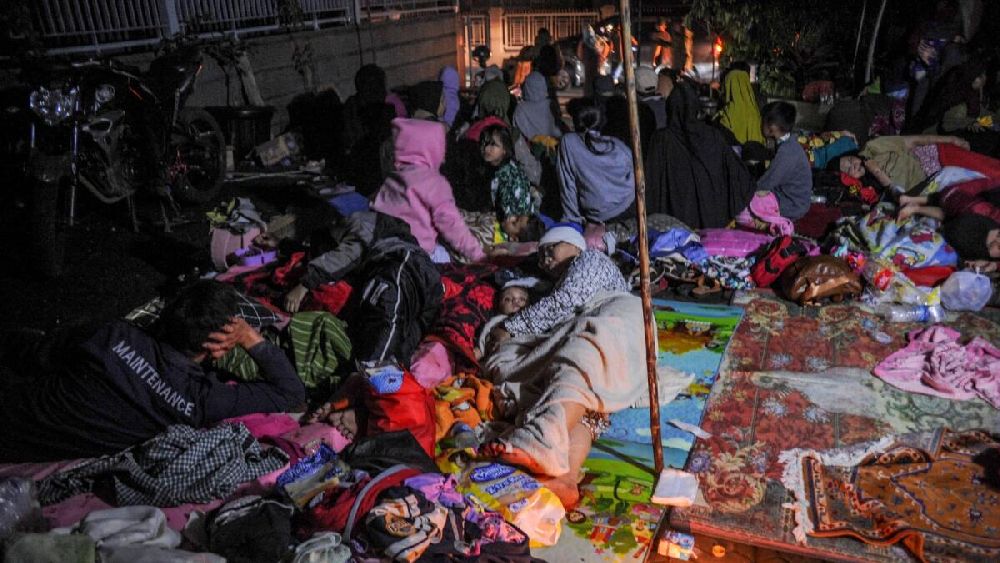 Grieving relatives waited for authorities to release bodies from morgues to bury their loved ones in accordance with their Islamic faith. One father carried his dead son wrapped in white cloth through the streets of his village near Cianjur. Others searched for their missing relatives in the chaos.

Rahmi Leonita’s father was riding a motorbike to Cianjur when the quake struck. “His phone is not active. I am in a state of shock now. I am very worried but I am still hopeful,” said the 38-year-old, tears falling down her face as she spoke.

At a shelter in Ciherang village near Cianjur, evacuees sat on tarpaulins stretched over the cold morning ground. Babies and children slept while their exhausted mothers kept watch. 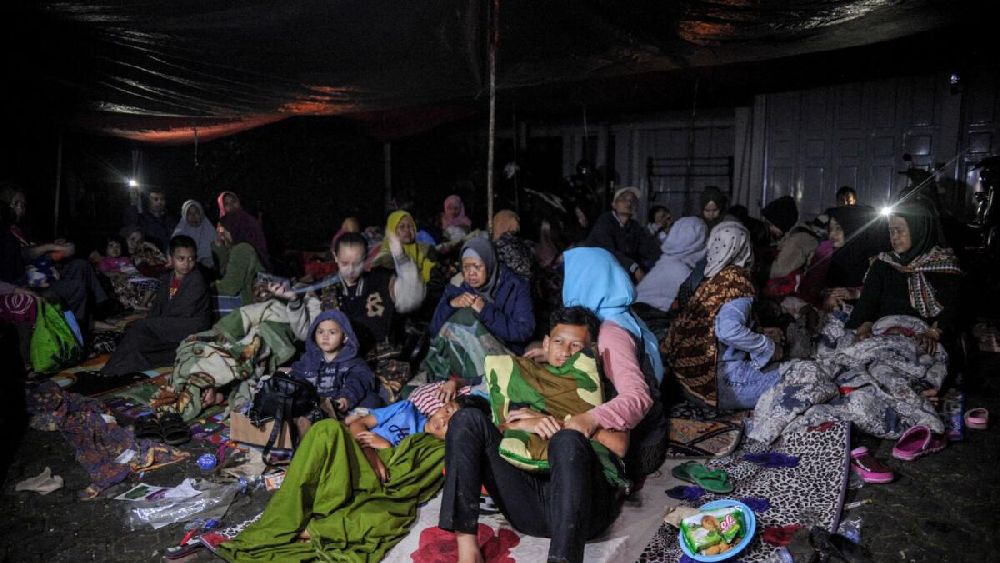 Nunung, a 37-year-old woman who like many Indonesians goes by one name, had pulled herself and her 12-year-old son out of the rubble of their collapsed home.

“I had to free ourselves by digging. Nothing is left, there is nothing I could save,” she said from the shelter, her face covered in dried blood.

The devastation caused by the quake was made worse by a wave of 62 smaller aftershocks — with magnitudes ranging from 1.8 to 4 — that relentlessly shook Cianjur, a town of about 175,000 people.

Indonesia experiences frequent seismic and volcanic activity due to its position on the Pacific “Ring of Fire”, where tectonic plates collide.