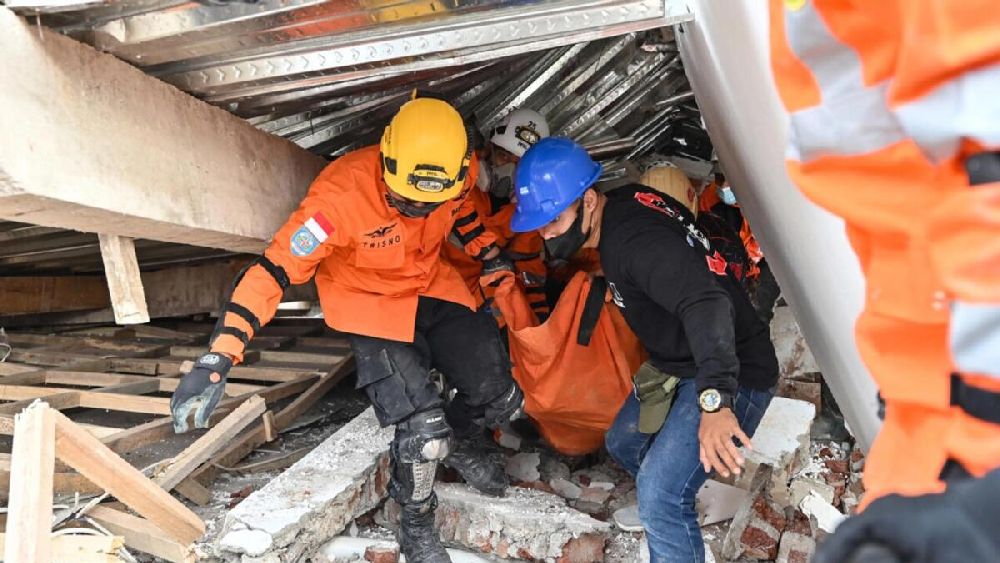 A six-year-old boy has been pulled from the rubble of a deadly Indonesia earthquake after spending two days trapped under debris without food or water, in a “miracle” rescue.

The dramatic rescue — captured on camera on Wednesday evening — revived hopes that survivors could still be pulled alive from the wreckage, days after the strong tremor that hit the West Java town of Cianjur on Monday, killing at least 271 people.

“Once we realised Azka was alive, everybody broke into tears, including me,” 28-year-old local volunteer Jeksen Kolibu told AFP on Thursday.

“It was very moving, it felt like a miracle.”

A video showed rescue workers pulling the boy free from a destroyed home in Cianjur’s worst-hit district of Cugenang, wearing the blue shirt and trousers he had on when he was trapped.

The man who pulled him out of a hole cut in the debris clasped him in both arms, as another rescue worker in an orange hard hat ran after them to hold the boy’s hand, footage released by the administration of West Java’s Bogor district showed.

Azka — whose last name remains unknown — was then shown calmly sipping a drink, held by a soldier as another emergency worker stroked his hair.

His mother died in the earthquake and her body was found hours before Azka’s rescue, a volunteer told AFP on Thursday.

The boy was then found next to his dead grandmother, Kolibu said.

He was only saved by a wall holding up another collapsed wall, preventing it from falling on him, local media reported.

“He was found on the left side of the house, on a bed. He was protected by a pillow and there was a 10cm gap between him and the concrete slab,” said Kolibu.

“Such a narrow space, it was dark, hot and there was not enough hole for air.”

“We didn’t expect him to still be alive after 48 hours; if we knew, we would have tried harder the night before,” he said.

“For all the years since I became a volunteer, I’ve never seen anything like this. How can you not cry?”

The young boy appeared dazed and traumatised from the two-day ordeal.

“Azka did not make a sound, he did not cry for help or whimper at all,” said Kolibu. 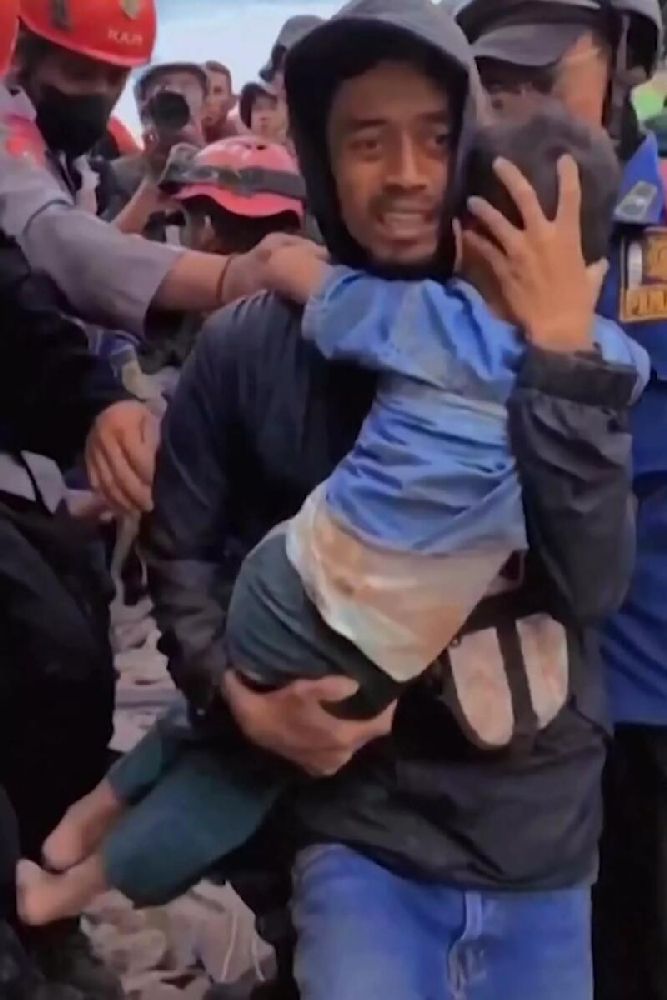 “Even when he was pulled out of the rubble he was still conscious and didn’t say anything. He looked so confused.”

Many of those killed in the quake were children at school or in their homes when it struck, officials said.

Authorities warned that time was running out for about 40 people still missing, as rescue workers were delayed by hammering rain and potentially-deadly aftershocks.

The search continued for those still unaccounted for, including a seven-year-old girl.