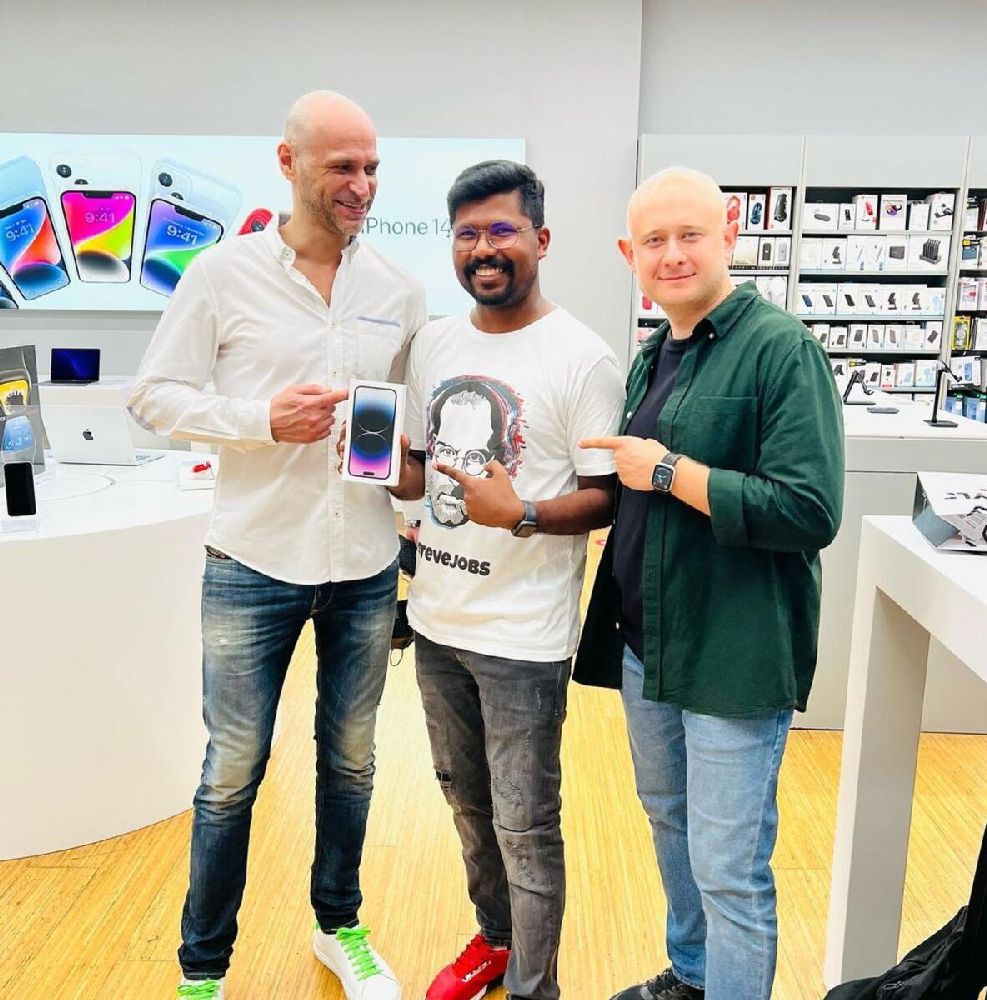 A man from Kochi, Kerala, has travelled thousands of miles to Dubai just to buy the coveted new iPhone 14 Pro, hours before its release in India.

Dheeraj Palliyil, a 28-year-old businessman, reportedly purchased the deep purple coloured 512 GB phone for Dh5,949 at 7am on Friday from an authorised Apple retailer in Dubai’s Mirdif Centre.

A cinematographer and businessman, Palliyil spent almost Dh1,900 on airfare to travel to UAE and visa fees to enter the country. The Apple enthusiast also revealed that this was not the first time he has done something like this; this is, in fact, the fourth time he has travelled to Dubai to buy a gadget ahead of others in India.

Commenting on the journey, Palliyil told Indian media that he “did not want to wait”, stating that he “loves the excitement of waiting outside an Apple store to be among the first to get the phone”.

“It gives you a special feeling when you purchase the phone as the first customer when thousands of people are waiting outside the shop,” he added.

The UAE is amongst the first countries where Apple has rolled out its latest smartphones which were unveiled on September 7.

Loyal fans of the tech behemoth all over the UAE rushed to buy the latest iPhone and its variations as soon as the devices hit shelves – with one fan even buying 10 phones.

“My whole family are loyal fans of Apple,” said Osama Azhar, who was among the hundreds who went to the Apple store at the Dubai Mall during the launch.

Several people waited for over four hours outside the Dubai Mall store to reserve and get their hands on the new devices. Those who had paid and reserved online earlier were able to access a separate queue that allowed them to enter the store according to the timeslot that was available.

Azhar said he was a complete Applehead, and that he owned every device that the company had launched. His family, though, is yet switch completely.

“They own some non-Apple products,” he said. “But that should gradually change.”