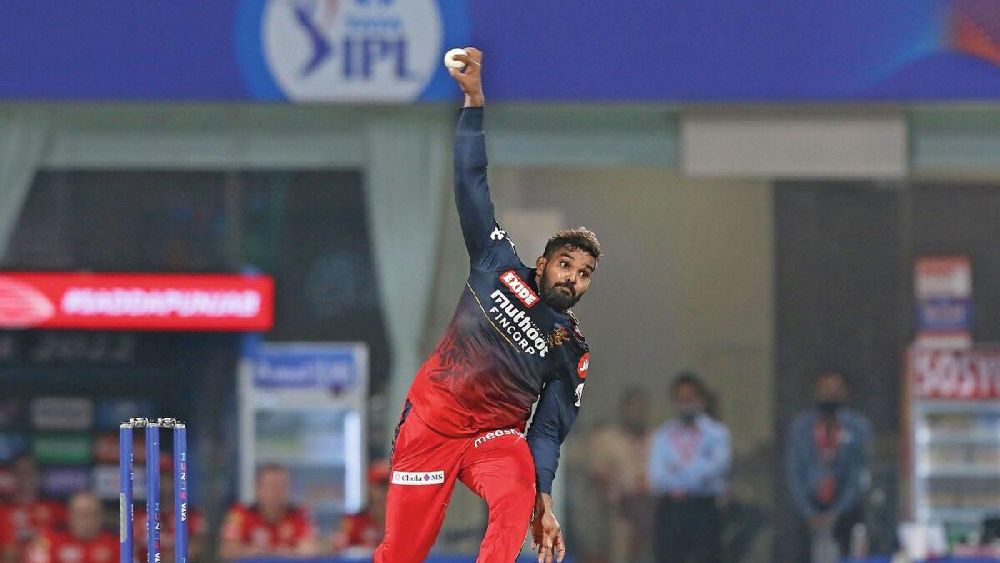 Royal Challengers Bangalore take the field on Wednesday evening on the back of a morale-crushing defeat against the Punjab Kings on the same ground a few days back. As it happened, the first four matches this season all produced results adverse to fancied teams.

Defending champions Chennai Super Kings came a cropper against the Kolkata Knight Riders in the tournament opener, five-time champions Mumbai Indians were humbled by a young and energetic Delhi Capitals side, which refused to get intimidated by the stiff target or the reputation of the opponents. On Monday night, in the battle between the two new teams, Gujarat Titans prevailed over Lucknow Super Giants, who many critics believe have the strongest squad this year.

The biggest upset, however, was RCB being overwhelmed by PBKS in spite of posting a mammoth 206.

At the halfway stage, victory looked a formality for RCB. The pitch was flat and the boundaries had been pulled in too, yet 200-plus is never easy to chase. Moreover, RCB had Mohammed Siraj, Harshal Patel and Wanindu Hasaranga, three bowlers highly regarded on the T20 citcuit. But all this became academic as PBKS went after the target with gusto and purpose.

PBKS openers Shikhar Dhawan and captain Mayank Agarwal provided an electrifying start. This set up the foundation and tempo for a scintillating run chase, climaxed by a brutal assault by Shah Rukh Khan and emerging West Indies T20 star Odean Smith, two big-framed hitters, who unleashed a fusillade of sixes and fours that left RCB bewildered, battered and beaten.

The result undermined the splendid effort by the RCB top order in which new captain Faf du Plessis made a rousing 88, supported superbly by former captain Virat Kohli, who looked to be in his elements making 41. It was their century partnership and a sensational cameo by Dinesh Karthik which helped RCB surpass 200. But, as it turned out, this wasn’t enough, raising questions about how far the team would go this season.

In the 15th season, RCB are still seeking their first title. T20 supremos like AB de Villiers, Chris Gayle, Shane Watson, Daniel Vettori, Moeen Ali, Zaheer Khan are among several high-quality players who have joined forces with Kohli in his pomp but the Cup has proved elusive.

Kohli surrendered the captaincy much before the start of the season in the hope of finding his best form to clinch the title this year. His first match form was impressive, but he is clearly still searching to make a match-winning impact.

In the first match against PBKS, RCB also missed all-rounder Glenn Maxwell, who was their star player last season. But Maxwell alone cannot ensure the title. RCB will need much more from the likes of Kohli, Faf, Harshal, Siraj and Hasaranga. The last named, bought at a fancy price in the mega auction, could well become the pivot of the side with his leg spin and late-order hitting that has made him so invaluable for Sri Lanka. These are very early days, and given the topsy-turvy nature of T20 cricket, it would be imprudent to write off RCB. But after being hammered by PBKS, they need a victory quickly to turn things around. This is a long season, and a sequence of defeats can leave the players hapless.

Winning against KKR at this juncture would be just the right tonic. Most teams and players are still to settle down, so the opportunity of recovery exists.

Also, having played a match at this venue, they are better acquainted with the pitch and conditions. But these are marginal advantages that can be easily nullified by a hardy and ambitious side.

Interestingly, in their opening match against CSK, KKR’s heroes were two India rejects Umesh Yadav and Ajinkya Rahane, who played as opener.

Yadav’s record as swing bowler on Indian pitches is very impressive, and Rahane knows the D Y Patil Stadium like the back of his hand. Also, they are both motivated to prove they are not has-beens. Apart from these two, KKR have batting heft in Shreyas Iyer, Nitish Rana, Venkatesh Iyer, Sam Billings and Andre Russell, all white-ball specialists. Mystery spinners veteran Sunil Narine and Varun Chakravarthy pose a threat to batsmen in all conditions, so the pressure on RCB will be when batting and bowling, which makes RCB’s task formidable to say the least.

Ayaz Memon is an Indian sports writer and commentator