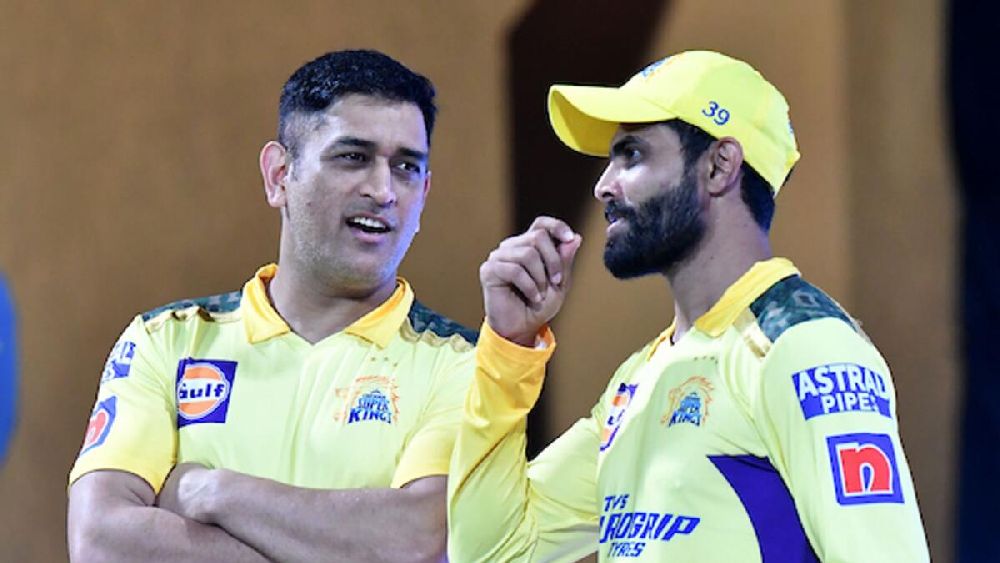 Both teams stumbled in their opening matches, however, the more disappointing performance came from from Lucknow Super Giants. While the Chennai Super Kings are defending champions, in the first match, they were without two key players who had contributed substantially in their triumph last season — Deepak Chahar and Moeen Ali. Absence of these two all-rounders was sorely felt by CSK. Chahar usually delivers wickets in his first spell, and in recent times, has shown fine ability with the bat too. Moeen is high value with bat at the top of the order and is a canny spinner who can turn things around in the midle overs.

There is no scope for excuse making in the IPL. Teams have to learn to cope without important players who may be out because of injury or some other problem, at times. It is incumbent on others in the squad to provide cover in such situations. Fact is, apart from MS Dhoni, the CSK batting flopped, making it easy for KKR to chase down the target. Chahar is still not fit, but Moeen has reached India after some delay in getting a visa, which should alleviate the CSK captain Ravindra Jadeja’s worries to a large extent.

But Jadeja will have to improve substantially on his performance in the first match and lead from the front. Touted as perhaps the best all-rounder in the world today, Jadeja looked ginger while batting and bowling, almost as if lacking conviction in his own ability. He should have shown more aggression when batting, and surprisingly held himself back from bowling when the KKR innings went through a bit of a stutter.

In T20, those captains who can spot’ the important moments and make the right moves at the right time are usually those who succeed. This was Jadeja’s first match as captain so one can’t be overly critical. Remember also, he is filling the mighty boots of MS Dhoni, which can be an overwhelming experience. But Jadeja has to settle into the assignment and the responsibility that comes with captaincy, quickly if CSK have to make a successful defence of the title.

Much as good captaincy means when to bring on a particular bowler, in some situations, it also entails not continuing with a bowler even if he has bowled well till then. LSG captain KL Rahul read such a situation wrongly in his team’s opening match against Gujarat Titans and ended up paying a heavy price.

LSG had done extremely well to score 158 despite losing Rahul for a duck in a superb, fiery three-wicket opening burst by Mohamed Shami, that had left the new franchise tottering before Deepak Hooda and young Ayush Badoni — showing fine skills and maturity for one so young — pulled LSG out of the woods with sterling half-centuries that gave their strong bowling attack a decent score to defend.

The pendulum had tilted in favour of LSG with Chameera picking up a couple of early wickets, then Ravi Bishnoi and Avesh Khan keeping the Gujarat batsmen on a leash. With the match in the balance, Rahul gambled on an extra over for young spinner Mohsin Khan though he had overs remaining of frontliners Chameera and Avesh. This was just the respite Rahul Tewatia and David Miller were looking for. The pressure off, both cut loose, first against Mohsin, then Bishnoi, and didn’t spare Chameera and Avesh either, to take their team to a convincing win. Lucknow, widely spoken of as the strongest team in the league this season, were left licking their wounds and wondering what might have been.

In this match, both teams will have to perform with greater intennsity and better tactics to get the better of the other. Both teams need runs from the top order, more so perhaps CSK, who are without stalwarts Faf du Plessis and Suresh Raina. Moeen’s return will plug a gap, but more runs are needed from Ruturaj Gaikwad, Ambati Yayudu and Jadeja himself. For LSG, if Rahul starts firing, it puts opponents under immediate and heavy pressure. LSG have a strong line-up that includes Quinton de Kock, Manish Pandey, Deepak Hooda, Badoni and Krunal Pandya to give the innings great heft if the start is strong.

In bowling too, LSG appear better than CSK. Chameera and Avesh supported by Bishnoi, Krunal Pandya and Deepak Hooda is a good, diverse attack that gives the captain enough options to play around with.

But as seen in the first match of both teams, it is not the resources that a captain has, rather the choices he makes, that decide the outcome.

Ayaz Memon is an Indian sports writer and commentator