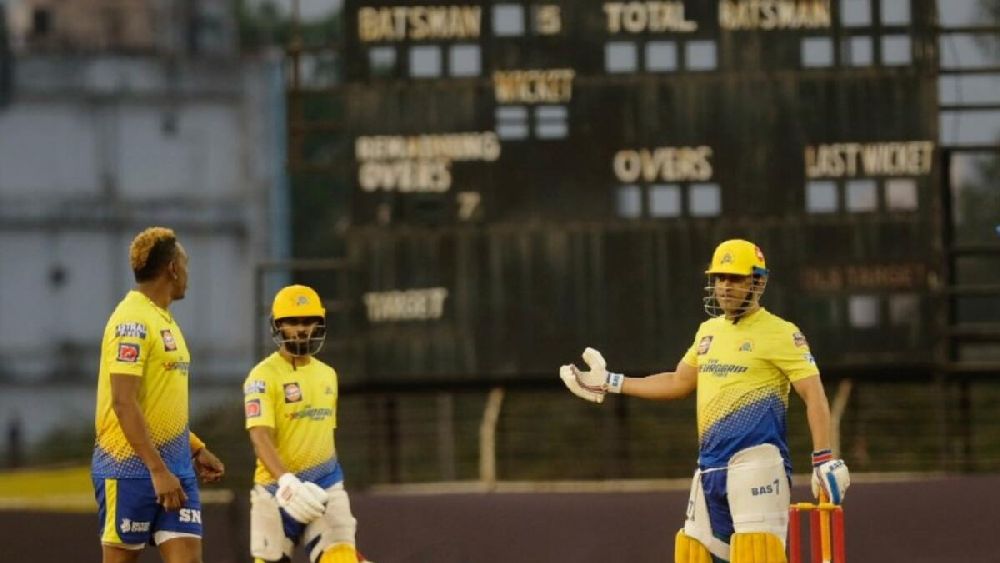 The new season of the Indian Premier League (IPL) brings fresh challenges to the franchises. Ripple effects of the expansion to 10 teams will be felt by all. The resultant scarcity of proven players gives a sharper edge to strategies and creates more opportunities for new stars to emerge. Every team has to recalibrate its success formula, because making it to the playoffs is harder now with ten teams fighting for four slots, compared to eight earlier. The opening five encounters pitting them against one another will give us a first look at how their auction strategy unfolds on the ground.

Chennai Super Kings begin their title defence with a conundrum for the new skipper, Ravindra Jadeja, who takes over the reins from MS Dhoni. CSK broke the bank to reacquire Deepak Chahar for Rs 140 million, because his ability to swing the new ball made him their main striker in the powerplay. So his unavailability for the first few games because of a quadriceps tear is a huge blow.

CSK’s likely response will be to use an additional overseas seamer, England’s Chris Jordan, to share the new ball with New Zealand’s Adam Milne. Normally that would’ve meant dropping an overseas batter, but England all-rounder Moeen Ali has run into a visa delay. So his slot can go to Jordan. In Ali’s absence, Jadeja’s spin partner could be a promising new leggie from Mumbai, Prashant Solanki.

Most of all, fans will be fascinated to see how Jadeja fills the outsized shoes of his mentor, adding captaincy to his all-round abilities in bowling, batting, and fielding.

The focus will also be on the rival skipper, Shreyas Iyer, who takes charge of Kolkata Knight Riders after leading Delhi Capitals to the IPL final in 2020. He has been a prolific scorer since making his Test debut in November, and it will be interesting to see how he responds to the attacking mindset of KKR’s coach, former Kiwi skipper Brendon McCullum. The absence of opener Aaron Finch and pacer Pat Cummins, Australia’s Test and ODI captains, who are on national duty in Pakistan, will be a handicap. But it gives another chance to England wicketkeeper-batsman Sam Billings and Kiwi pacer Tim Southee to make an impact in the IPL when the new season kicks off at the Wankhede in Mumbai on Saturday.

The day-night game in Sunday’s double-header pits Delhi Capitals, last season’s league topper, against the IPL’s most successful team, Mumbai Indians. DC are the worst-hit by the initial unavailability of overseas players, including all three pacers — Anrich Nortje, Lungi Ngidi, and Mustafizur Rehman. Other absentees are all-rounder Mitchell Marsh and opener David Warner who are vital like-for-like replacements for Marcus Stoinis and Shikhar Dhawan from last year’s team.

DC made their own bed of nails by choosing to retain Nortje despite his long injury layoff, and buying only seven overseas players instead of the full quota of eight. Young captain Rishabh Pant will hope the exciting Caribbean batsman, Rovman Powell, comes good, and the new spin bowling combination of Axar Patel and Kuldeep Yadav clicks.

MI too have holes, after splurging Rs 152.5 million on reacquiring wicketkeeper-batsman Ishan Kishan, and Rs 80 million on acquiring England pacer Jofra Archer who can only play in the next two seasons. So Jasprit Bumrah doesn’t have a bowler of Trent Boult’s calibre sharing the new ball this time. And Suryakumar Yadav’s injury timeout puts the onus on openers Rohit Sharma and Kishan and big-hitters Kieron Pollard and Tim David to score. We could see plenty of sixes at the Brabourne Stadium, but watch out for Pant, Powell and Prithvi Shaw — these three DC batsmen are capable of stealing the thunder.

The unavailability of England wicketkeeper-batsman Jonny Bairstow and Proteas pacer Kagiso Rabada will be felt, but it opens doors for new stars to shine. One of them could be pacer Raj Bawa, player of the match in the under-19 World Cup final last month with a five-wicket haul.

After nine seasons with former India skipper Virat Kohli at the helm, Royal Challengers Bangalore begin their quest for a maiden IPL title under former South Africa skipper Faf du Plessis, who was one of Dhoni’s trump cards at CSK. Du Plessis will lean heavily on Kohli coming good with the bat as Australia’s Glenn Maxwell misses the opener to get married. Aussie pacer Josh Hazlewood will also be missed, but the real talking point is whether Sri Lankan leg-spinner Wanindu Hasaranga will justify the Rs 107.5 million RCB shelled out for him.

We return to the Wankhede for an encounter between the two new franchises in the IPL. It was once the happy hunting ground of Gujarat Titans captain Hardik Pandya as a star all-rounder for MI before back injury and a lacklustre comeback last year cost him a place in the MI and Indian sides. He passed a fitness test at the National Cricket Academy in Bangalore recently, and now faces a test as an IPL captain.

Pandya’s buddy KL Rahul leads the rival team, Lucknow Super Giants. Rahul will also be under scrutiny, having failed as a captain for Punjab Kings and India. He has been in great batting form, however, and his pace spearhead is young Avesh Khan, who took 24 wickets for DC last season. Googly specialist Ravi Bishnoi leads the spin attack with Hardik’s elder brother, Krunal Pandya, for support. Although the team looks stronger than GT on paper, a number of key players will miss the first few games — South African opener Quinton de Kock, Australian all-rounder Marcus Stoinis, and West Indian all-rounder Jason Holder. LSG may pay a price for acquiring only six overseas players at the auction.

The action moves to Pune for the fifth match. Sunrisers Hyderabad, who had a falling out with David Warner last season, have a lot of question marks. Skipper Kane Williamson from New Zealand, nursing an elbow injury, will be attempting to get back into his flow.

Nicholas Pooran from the Caribbean has blown hot and cold in the IPL. West Indian all-rounder Romario Shepherd and uncapped Indian all-rounder Abhishek Sharma are yet to show what made them worth Rs 77.5 million and Rs 65 million respectively in the auction. And the absence of South African pacer Marco Jansen means there will be no overseas bowler of note at the outset. One exciting prospect amidst all this is 22-year-old Kashmiri fast bowler Umran Malik, who clocks over 150 kmph.

Rajasthan Royals (RR) appear the stronger side with all departments well-covered. England’s Jos Buttler and West Indies’ Shimron Hetmyer are fast-scoring overseas batsmen, complemented by skipper Sanju Samson, opener Devdutt Padikkal, and young Yashasvi Jaiswal. Trent Boult will open the bowling with rising Indian pacer Prasidh Krishna. The world-class spin duo of Yuzvendra Chahal and Ravichandran Ashwin will be a handful in the middle overs. The only question mark hanging over this team is the captaincy of Samson, which has been erratic so far in the IPL.

Sumit Chakraberty is a writer based in Bengaluru. Write to him at [email protected]