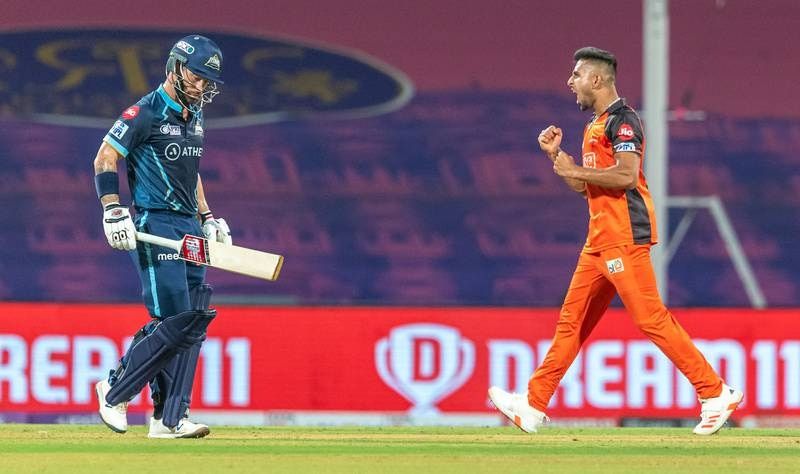 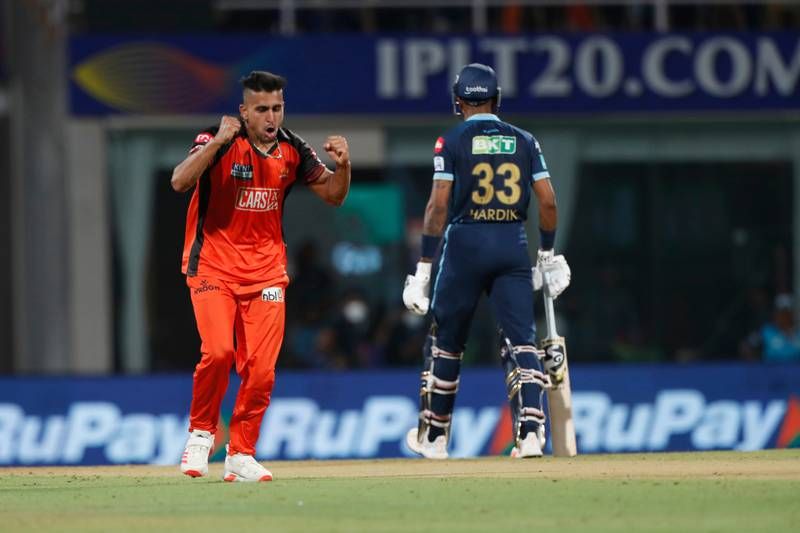 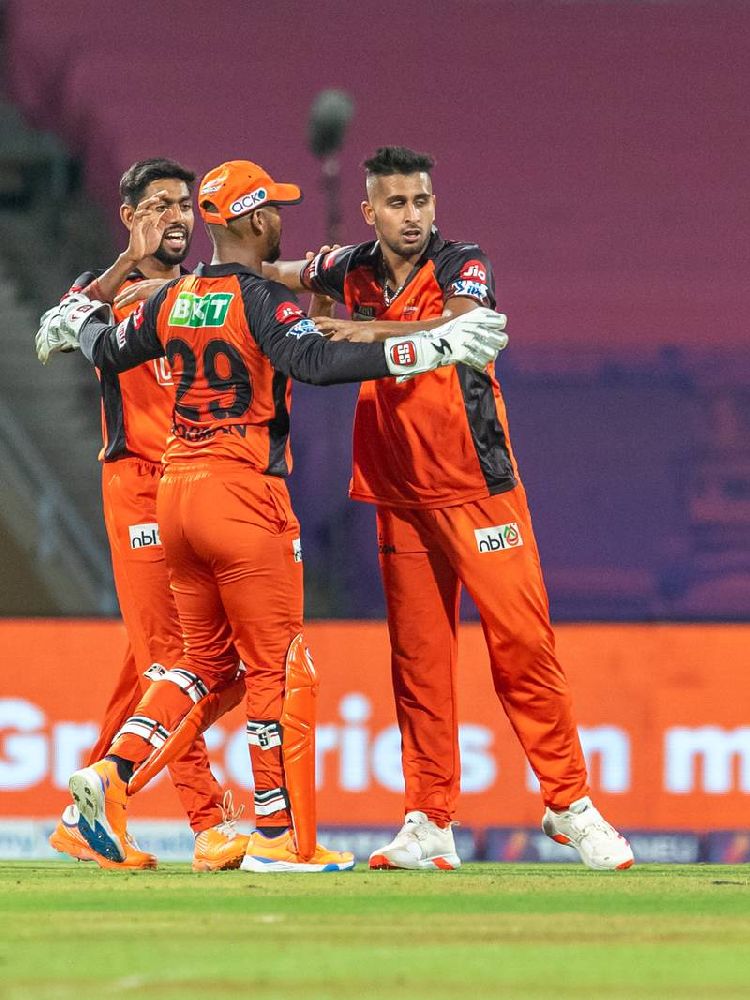 Umran Malik of Sunrisers Hyderabad celebrates after taking the wicket of Matthew Wade of Gujarat Titans during their IPL 2022 match the DY Patil Stadium in Mumbai on Monday, April 11. Sportzpics for IPL Sunrisers Hyderabad’s 22-year-old pacer Malik was expected to get selected soon after a standout season in IPL where he regularly clocked speeds well in excess of 150kph, with a best of 157kph, and picked up 21 wickets from 13 games including a five-wicket haul. While Malik’s economy in some games was over 10 runs an over, his wicket-taking abilities in the middle overs and incredible pace made him a near certainty.

Singh was also rewarded for consistent performances this season after the Punjab Kings quick emerged as the most economical seam bowler in the competition – ahead of even Jasprit Bumrah, with an economy of 7.31 in overs 16 to 20.

There were a number of young faces in the T20 squad after the selectors decided to rest captain Rohit Sharma, Virat Kohli and Bumrah.

Delighted to see Avesh, Arshdeep & Umran Malik in the squad; and to think that Khaleel & Mohsin could have made the cut too; Good that the skills of Dinesh Karthik & Bhuvi have been recognised. Going to be tough on KL Rahul & Rishabh. Thought they might go straight to the test.

All-rounder Hardik Pandya returned to the side after impressing with his batting, bowling and leadership at Gujarat Titans in IPL. Also back in the team is wicket-keeper Dinesh Karthik, who proved his mettle as a power hitter this season.

KL Rahul was named captain of the team that also includes Ruturaj Gaikwad, who showed good form with Chennai Super Kings and is being seen as a future all-format top-order batsman. The five-match T20 series against South Africa begins in New Delhi on June 9.

Meanwhile, the selectors also named the squad for the one-off Test against England in July, which would conclude the five-match series from last year that was suspended after an outbreak of Covid-19 cases in the Indian camp.

In the red-ball side, Cheteshwar Pujara returns following a good season in the county championship. Ravindra Jadeja has been selected despite currently being injured.