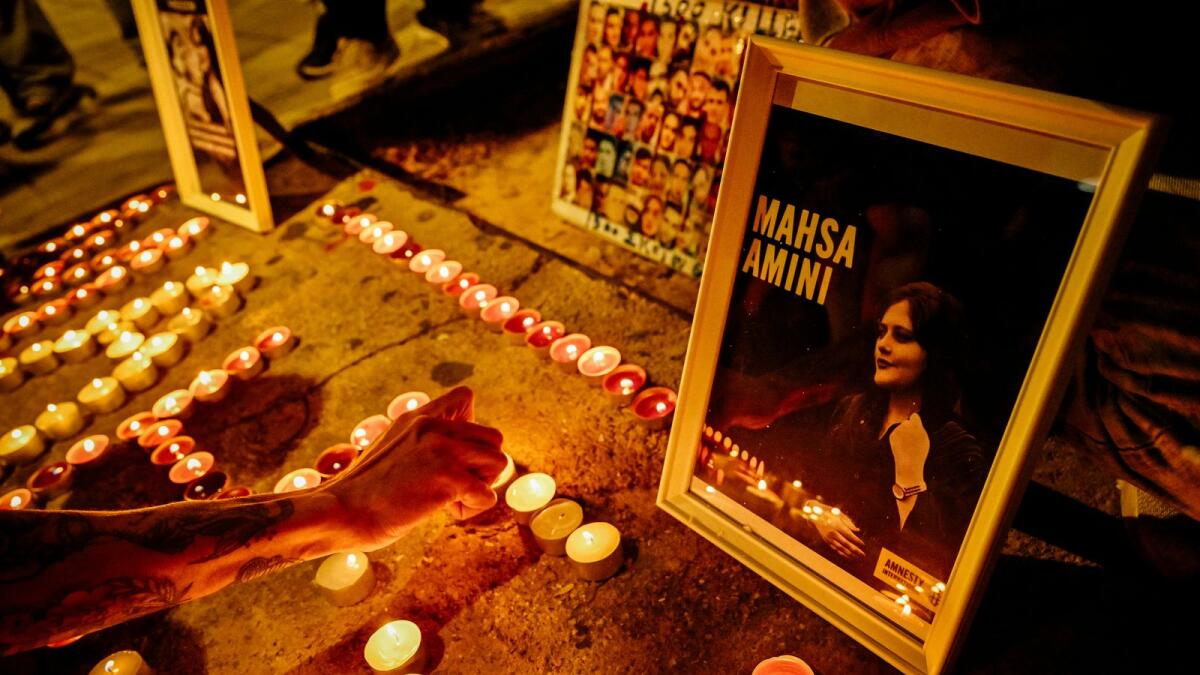 Iranian police have resumed warnings that women must wear mandatory headscarves even in cars, media reported Monday, as unrest continues following the death of Mahsa Amini.

Protests have gripped Iran since the September 16 death of Iranian-Kurdish Amini, 22, after her arrest in Tehran for an alleged breach of the country’s strict dress code for women.

Fars news agency quoted a senior police officer who said the “new stage” of the Nazer-1 programme – “surveillance” in Persian – was being rolled out “across the country by the police.”

The Nazer programme, launched in 2020, concerns the “removal of hijab in cars”, Fars added.

When it was launched in 2020, car owners would be sent an SMS text message alerting them of a dress code violation in their vehicle and warning of “legal” action if repeated.

But police have seemingly dropped the threat of legal action, according to messages posted on social media platforms.

“The removal of hijab has been observed in your vehicle: It is necessary to respect the norms of the society and make sure this action is not repeated,” read a message reportedly sent by police and posted on social media.

Iran’s morality police — known as Gasht-e Ershad, or “Guidance Patrol” — have a mandate to enter public areas to check on the implementation of the strict dress code.

Following the protests, numerous women in upmarket districts of the capital Tehran, as well as in more modest and traditional southern suburbs, were observed without a headscarf and without being stopped.

Since September, the morality police’s white and green vans became a much less common sight on the streets of Tehran.

In early December, Iran’s Prosecutor General Mohammad Jafar Montazeri was quoted as saying that the morality police had been closed down.

But campaigners were sceptical about his comments, which appeared to be an impromptu response to a question at a conference, rather than a clearly signposted announcement by the interior ministry which oversees the police.