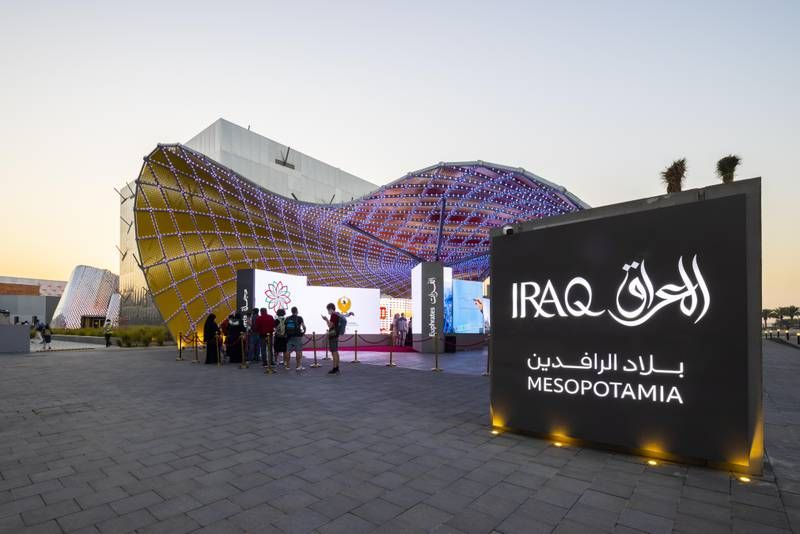 From e-commerce to green technology, AgriTech, FinTech and food delivery, investment opportunities abound in start-ups across a host of promising sectors, according to entrepreneurs, venture capital funds and incubators operating in the country.

“Iraq is being transformed,” Ali Al-Suhail, managing director of angel investor network Kapita told The National. “The winds of change are upon us … there is a strange entrepreneurial vibe taking over the country.”

He was speaking during a two-day “Iraqi Start-up Days” event held at the country’s pavilion at Expo 2020 Dubai this month. Aimed at showcasing Iraq’s nascent but growing tech start-up scene, it featured presentations by entrepreneurs running some of the most prominent local ventures who highlighted the growth opportunities as well as operational challenges.

Start-ups in Iraq secured $7 million in funding last year, more than double the amount raised in 2020, through seven deals mainly in the food and beverages sector, according to data platform Magnitt.

Iraq received less than 1 per cent of the $2.6 billion in venture capital funding allocated to start-ups in the Middle East and North Africa region in 2021, lagging behind the most active markets of the UAE, Saudi Arabia and Egypt.

The gap in funding, combined with the potential of fast-growing businesses such as food delivery app Alsaree3 or e-commerce player Miswag, make Iraqi start-ups an attractive proposition for foreign investment, speakers at the event said.

Entrepreneurship is a powerful answer to stimulating Iraq’s private sector, which has long been eclipsed by an oversaturated public sector, and is creating job opportunities, developing the non-oil economy and empowering Iraqi youth eager for change, the presenters said.

Iraq, Opec’s second-largest producer, draws about 95 per cent of its state revenue from oil sales. The Covid-19 pandemic, lower oil prices in 2020, the destruction following years of war and rampant corruption have battered its economy.

Not the ‘Iraq that’s on TV’

While Iraq’s start-up ecosystem is “still embryonic” compared with more mature regional markets such as the UAE, Saudi Arabia and Egypt, it has been developing quickly over the past few years, Shwan Ibrahim Taha, chairman of Baghdad-based Rabee Securities, said during a presentation.

In 2019, Iraq’s entire tech start-ups sector could be purchased with $2m, but with the Covid-19 pandemic accelerating these businesses’ growth, their valuations have jumped and “today $2m will not get you much”, he said.

Mr Taha — who has more than 20 years of experience in money management in the Mena region, including as a senior portfolio manager at Franklin Templeton from 1997 to 2006 — urged investors to view Iraq from a different lens beyond the conflict-hit and chaotic place portrayed by some international media outlets.

“What we need from abroad is some risk-taking and the belief that this [ecosystem] will go even further,” Mr Taha said. “Fund managers just see the Iraq that’s on TV. But we’re smart and we’re trying and we have capabilities. Everything we’re doing is in spite of the circumstances.” 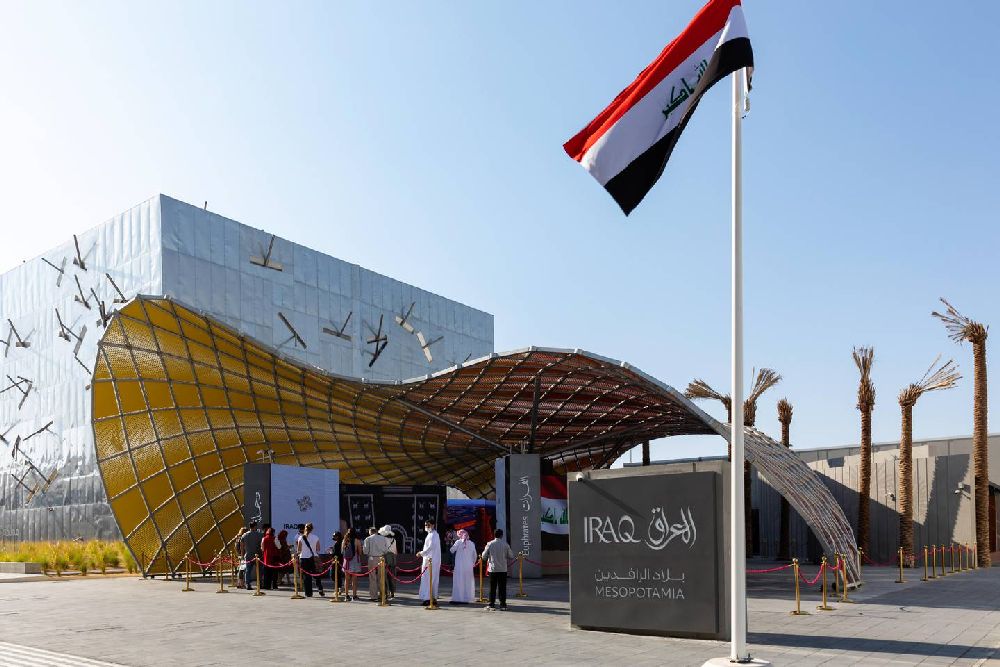 Tech-based start-ups are already garnering attention from investors at home and abroad, indicating that the sector is developing.

Baly, which describes itself as Iraq’s first super app and is backed by Germany’s Rocket Internet, raised one of the largest financing rounds for an Iraqi start-up in January this year. The company, which offers ride-hailing services in Baghdad with plans to add food and grocery deliveries, closed a seed round of $10.5m from Kingsway Capital, MSA Capital, Global Founders Capital, Vostok Ventures, Majid Al Futtaim and March Holding.

Erbil-based Kesk is seeking additional funds of at least $1m in a seed-funding round by the end of the year for a planned expansion into Baghdad, founder Basima Abdulrahman told The National.

Kesk, which means “green” in Kurdish, was founded in 2018 to help reduce the difficulties faced by many Iraqis in need of a stable electricity supply. The green engineering, design and construction firm provides solar-powered off-grid air-conditioning units as a viable alternative during the frequent power cuts in the country in the long hot summer months.

“The market potential for us is really big,” Ms Abdulrahman, a civil engineer and winner of the 2021 Cartier Women’s Initiative award, said.

Kesk estimates 10 per cent annual growth rate over the next five years as it targets businesses aiming to achieve net-zero carbon goals and households seeking cheaper, cleaner alternatives to electricity and private generators.

“There is no Planet B,” Ms Abdulrahman said. “We need to take care of our planet now.”

The solar AC units are “as affordable as an iPhone” and the upfront cost is regained in 12 months of electricity savings, she said.

The plan, she said, was to expand into solar street lighting and solar photovoltaic water heaters next.

“I hope we will not be so oil-dependent in the next 15 years, I hope that we will develop other sectors and be more self-sufficient,” Ms Abdulrahman said when asked about the impact of oil price volatility on the Iraqi economy.

The funds will be used to expand into the under-served market of grocery deliveries with the opening of “dark stores” in its core cities of Baghdad and Basra, Bassam Al-Ateia, founder and chief executive of Alsaree3 group, said.

Founded in 2018, Alsaree3 began operations in Baghdad before expanding to Basra a year later to cater to the under-served markets where 90 per cent of food deliveries in the country are offline orders dominated by cash payments.

The start-up has delivered one million food orders in Baghdad through nearly 800 restaurants and recorded one million downloads of its app. 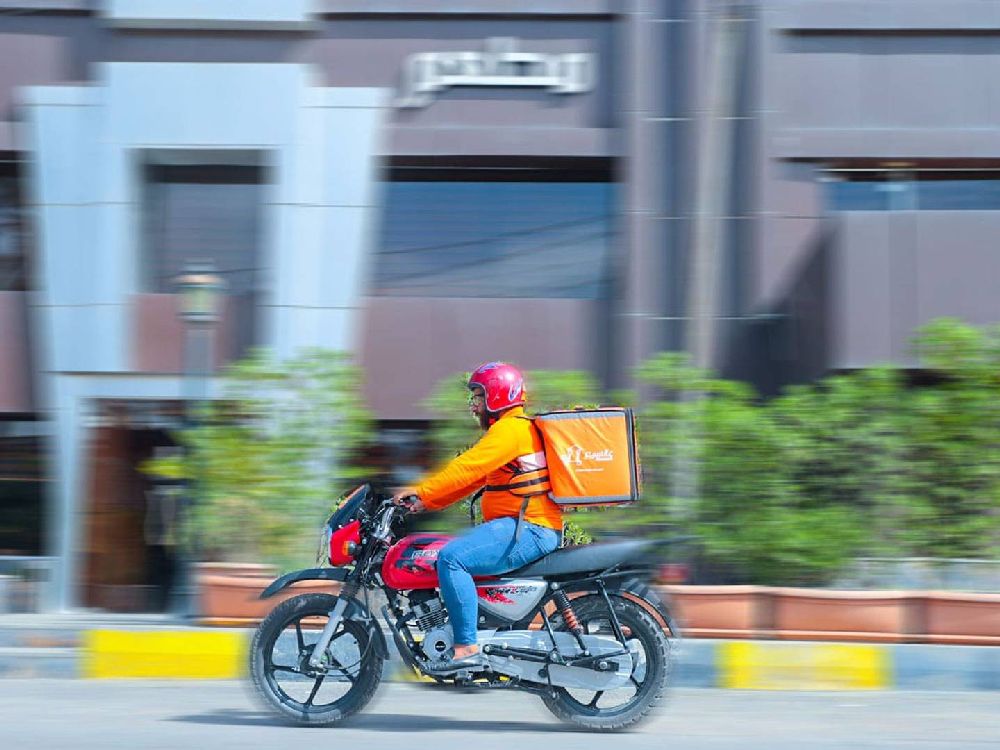 Its business model is based on a subscription fee for showrooms and features in-app advertisements and provides market insights on consumer behaviour to car brands, said chief executive and founder Amer Salih.

The start-up plans to expand with private car listings, a marketplace for car aftersales, car inspections and estimations, as well as offering services such as car insurance and car financing solutions, he said.

While funding is trickling into successful or promising start-ups in Iraq, Mr Al-Suhail said there was a gap in funding for later-stage businesses (Series B and above) that was needed to help scale their growth.

Doing business in Iraq is hobbled by painstakingly slow business registration procedures, antiquated laws and a criss-cross of red tape that creates hurdles for small companies at various stages of their operations, the tech start-up founders said.

Iraq ranked 172 out of 190 economies in the World Bank’s Ease of Doing Business Index for 2020 before the survey was discontinued because of controversy over data irregularities.

The UK’s Department for International Trade, in its online guide for companies seeking to do business in Iraq, puts it bluntly: “The Iraqi market is not for the faint-hearted.”

“However, this is a challenging, high risk, but potentially high return market in which to do business,” it said.

But with high risk, comes great reward, Mr Taha said, noting that investors would get higher value for money in Iraq compared with other markets.

“The trick is to invest with the right people,” he said, urging investors to back young talent, undertake thorough research and get an early mover’s advantage into a developing start-up scene.

“I have invested in places more opaque than Iraq and there’s a risk you take but the rewards are there,” Mr Taha said. “The whole start-up scene is a risk but its [about] getting paid for that, taking that risk and being smarter in mitigating it by investing in smart and honest entrepreneurs.”

Incoming investment will be crucial for Iraqi start-ups as well-funded international players began entering the market, particularly in the second half of 2021, such as food and grocery delivery app Talabat, which will put pressure on local competitors, international incubator Five One Invest said in a blog post.

Kapita said it was working with small and medium-sized enterprises through investment, research, incubation, acceleration, and market development programmes, while helping investors navigate the Iraqi market.

It founded the Iraqi Angel Investors Network to facilitate investments into local start-ups and is addressing the lack of reliable data through market research.