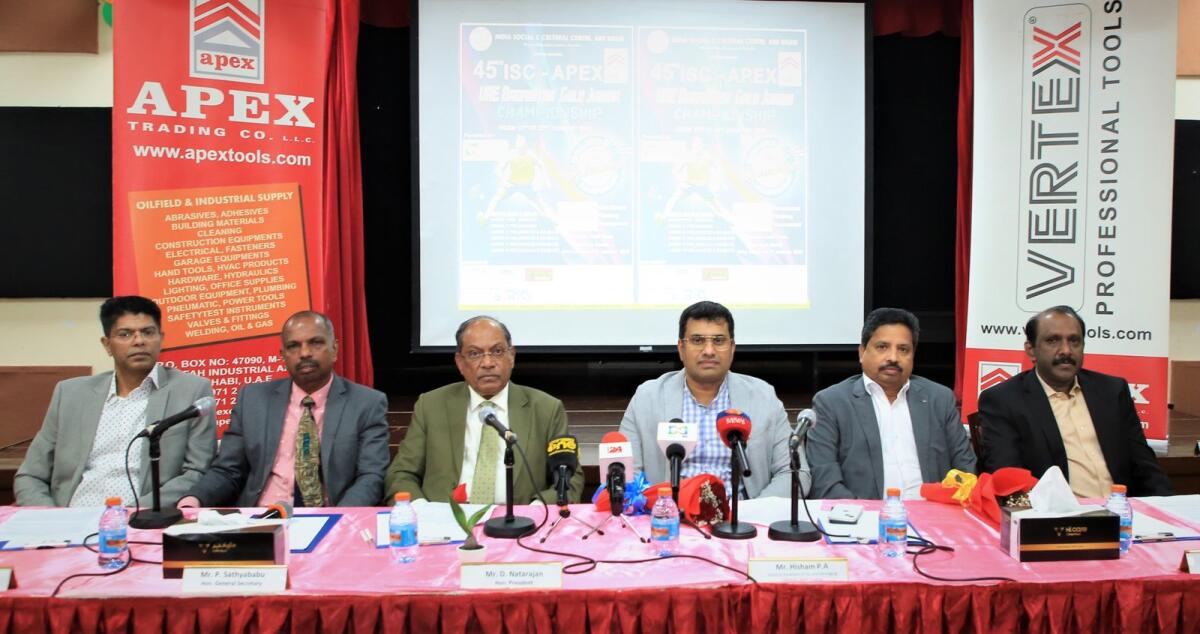 Top international shuttlers are expected to compete in the 45th ISC-Apex UAE Badminton Gold Championship in Abu Dhabi this month.

The tournament, to be held at the India Social and Cultural Centre Abu Dhabi (ISC), will have a total prize money of Dh70,000.

ISC president D. Natarajan noted that the gold championship will be a ranking tournament to be hosted under the aegis of the UAE Badminton Federation.

“This is the 45th edition of the prestigious championship. This has been ranked under the gold category, which is only given to elite ranking tournaments,” Natarajan said during a press conference.

ISC general secretary P. Sathyababu said that apart from the elite series, which is exclusively for international players, there will be junior and senior series open to all UAE residents.

“We expect a huge number of entries. The main objective of this tournament is to inspire the spirit of the badminton game irrespective of nationalities.”

This will be followed by the elite series featuring international players.

ISC badminton section secretary Noushad Aboobaker said the tournament will be held in different courts across the centre’s two halls.

“The courts are of international standards and one of the best of its kind in the region. Our badminton section has a strength of more than 700 members.”

“This will be a great opportunity for all the badminton lovers to witness a big sporting event.”