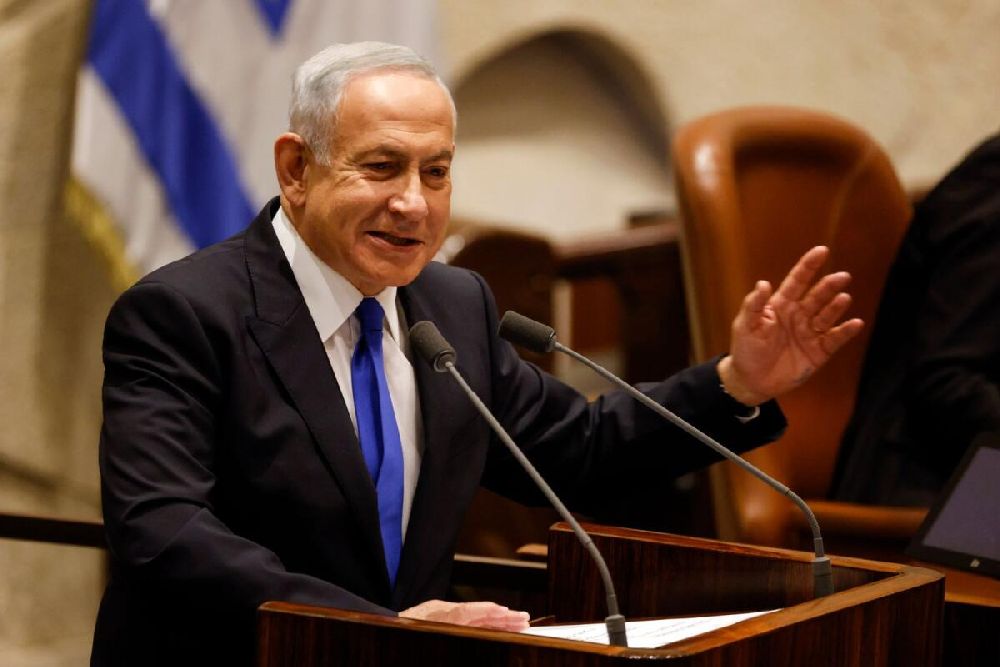 Israel’s Benjamin Netanyahu was sworn in as prime minister Thursday after a stint in opposition, heading what analysts call the most right-wing government in the country’s history.

Netanyahu, 73, who is fighting corruption charges in court, had already served as premier longer than anyone in Israeli history, leading the country from 1996-1999 and 2009-2021.

“This is the sixth time I’m presenting a government that I’m heading to get parliament’s support, and I’m excited like the first time,” Netanyahu told the Knesset ahead of his swearing-in ceremony.

Parliament voted to approve his government and elected former minister Amir Ohana as the Knesset’s speaker.

Netanyahu, who casts himself as the guarantor of his country’s security, stressed that his top goal would be “to thwart Iran’s efforts to develop a nuclear weapons arsenal” and “ensure Israel’s military superiority in the region”.

But he also voiced hopes of “expanding the circle of peace with Arab countries” following US-brokered normalisation agreements with the United Arab Emirates, Bahrain and Morocco.

Netanyahu was ousted in June 2021 by a motley coalition of leftists, centrists and Arab parties headed by right-winger Naftali Bennett and former TV news anchor Yair Lapid. It didn’t take him long to come back.

Smotrich will now take charge of Israeli settlement policy in the West Bank, and Ben-Gvir will be the national security minister with powers over the police, which also operates in the territory occupied by Israel since 1967.