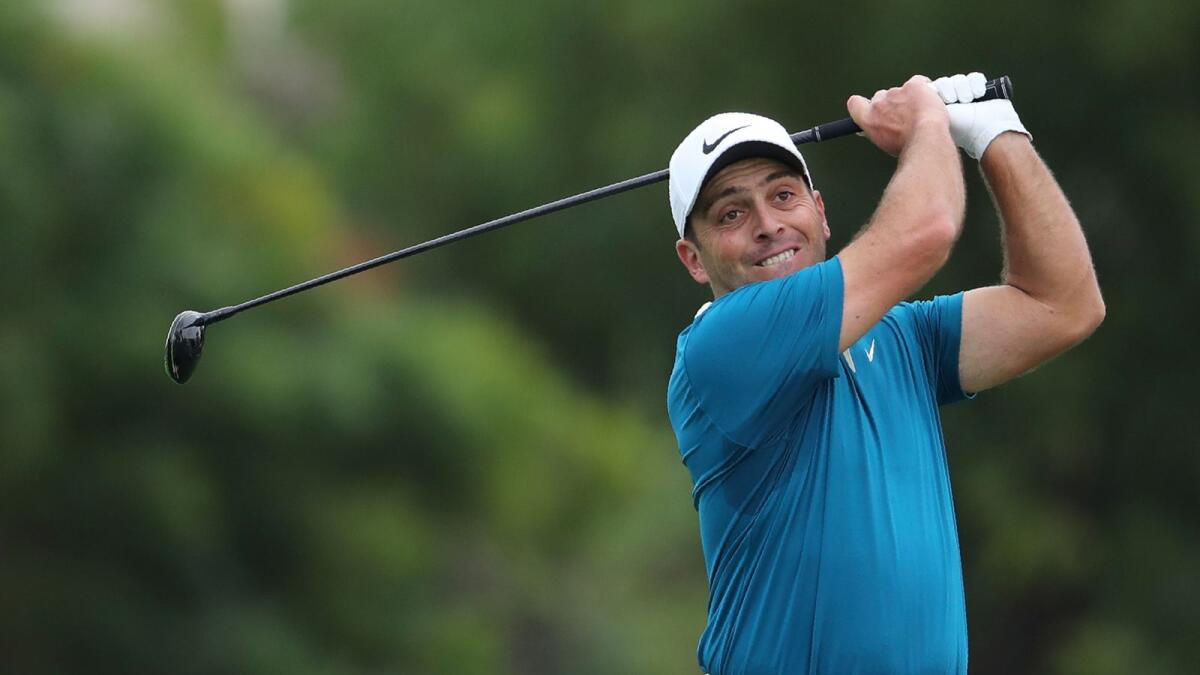 Francesco Molinari continued his good form to take a share of the lead with fellow Italian Guido Migliozzi after the second round of the Abu Dhabi HSBC Golf Championship on Friday.

Molinari has struggled for form since a golden 2018, when he lifted the Claret Jug and won all five of his matches at the Ryder Cup.

But ahead of this year’s matches between Europe and the United States in Rome, Molinari is getting back to his best.

“I think where you are, where I’m at at the moment, when you go through a tough patch, it’s nice to see that I can pick it up again,” said the 40-year-old, now ranked 166th in the world.

Ireland’s Shane Lowry, the highest-ranked player in the field, sits three shots back on seven-under after a round of 70.