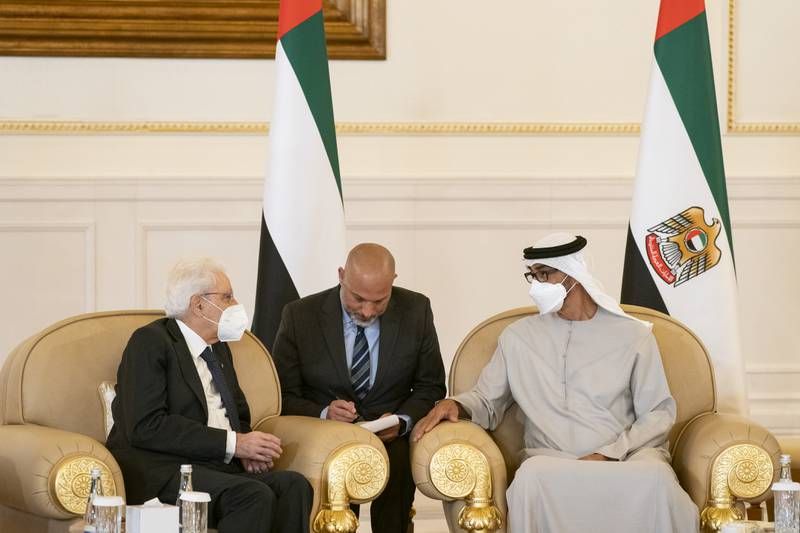 He met the President, Sheikh Mohamed, to pay tribute to his predecessor.

Leaders from around the world have continued to arrive in Abu Dhabi to pay their respects.

Mr Mattarella also congratulated Sheikh Mohamed on being elected as the new president.

“On the occasion of your election to the Presidency of the UAE, I would like to convey to you, on my own behalf and on behalf of the entire Italian people, my warmest congratulations and my best wishes for your success in carrying out the high office entrusted to you,” the Italian president wrote on the official Twitter account of the Embassy of Italy in UAE.

“The articulate partnership between our countries is based on ancient ties which I am sure we will continue to deepen, guided also by our common interest in peace, stability and progress in the region.

“With these sentiments, I reiterate my best wishes for your well-being and prosperity for all the people of the UAE.”