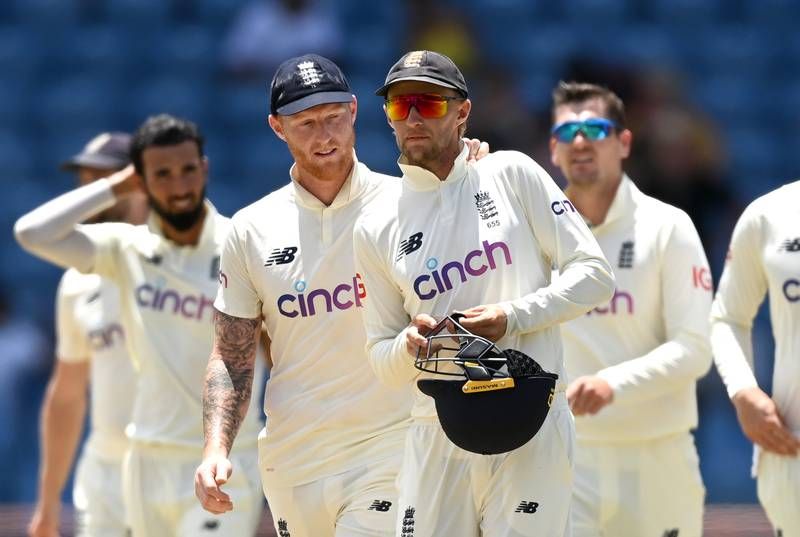 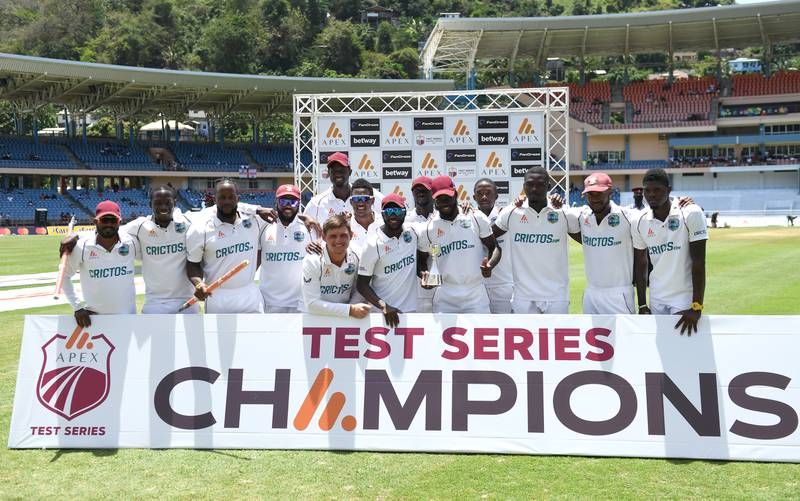 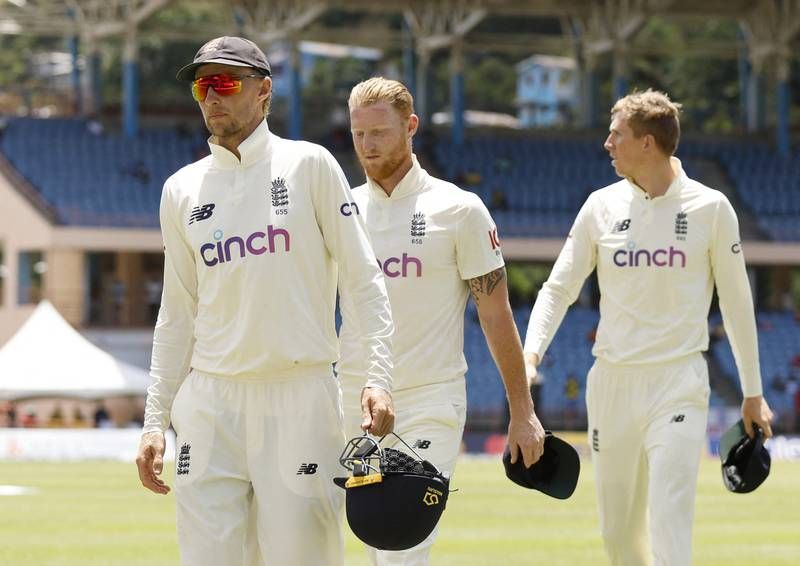 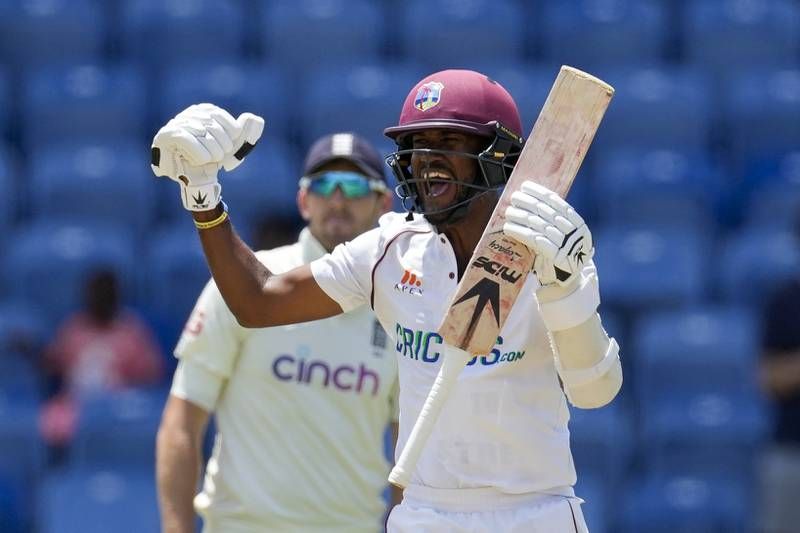 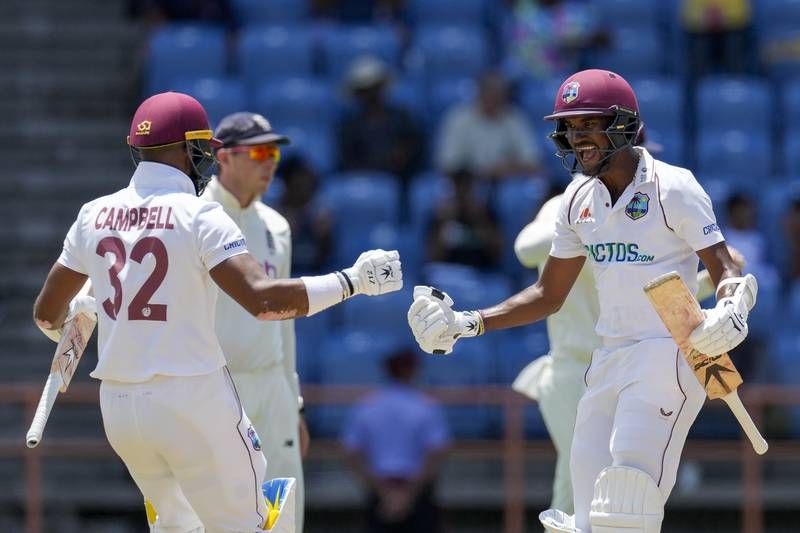 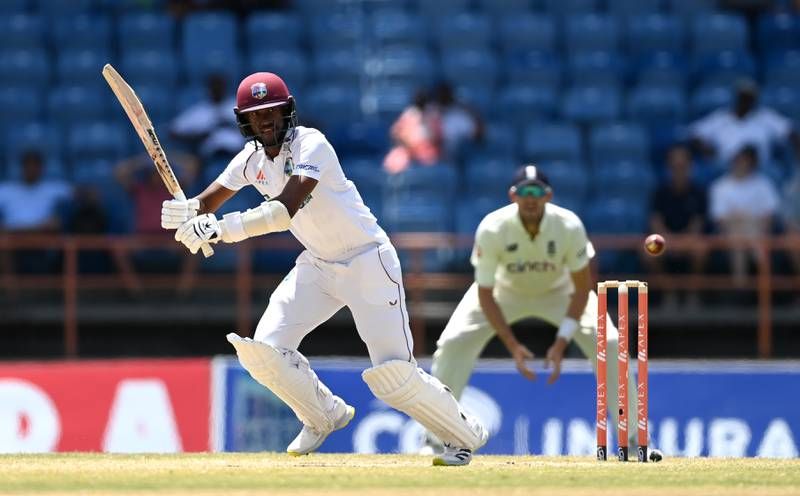 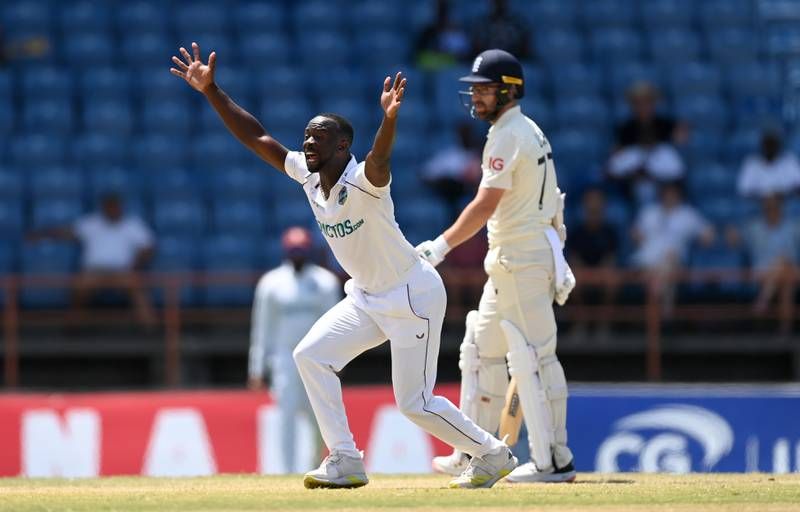 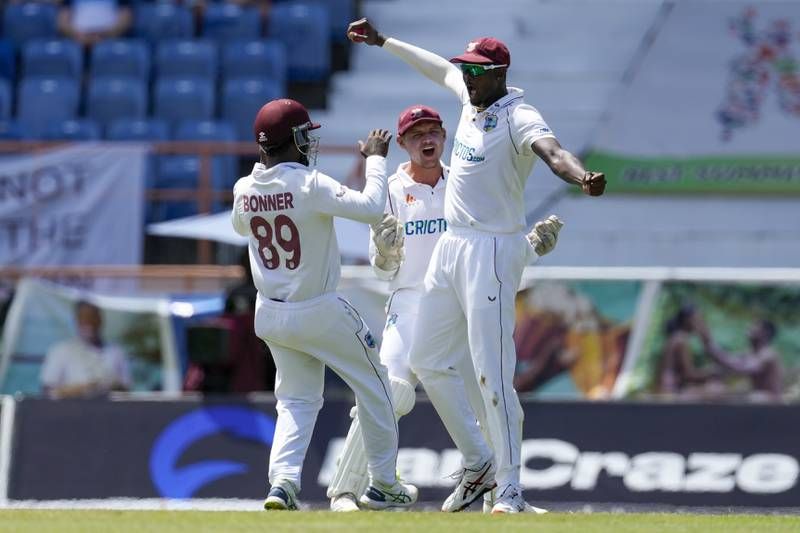 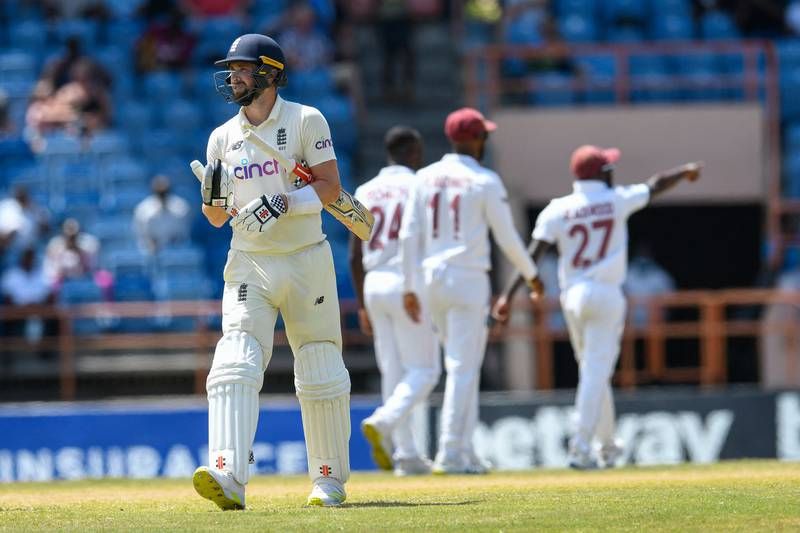 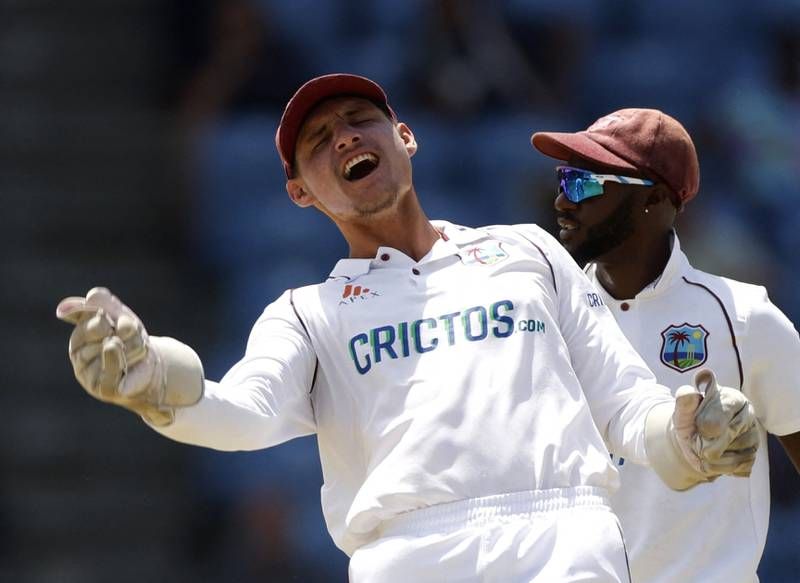 England captain Joe Root is consoled by Ben Stokes after losing the third Test – and the series – against West Indies at the National Cricket Stadium in Grenada on Sunday, March 27, 2022. Getty

Joe Root maintains he wants to continue as captain despite England suffering a crushing defeat to the West Indies in the deciding third Test in Grenada.

Even before West Indies had secured the series 1-0, commentators were questioning whether Root would want to continue as skipper after five years in the role.

But Root was adamant about his position following the 10-wicket defeat. “I think I’ve made it quite clear how I feel about this team,” he said.

“I’m very passionate. I feel I’ve got the support of the men behind me to take the team forward. That’s not changed at all.”

“For his own sanity he needs to have a long think about what he does with his future,” Harmison said.

Although one of the world’s best batters, with a Test average of nearly 50, Root has rarely looked a natural leader and has earned a reputation as an unimaginative captain.

Collingwood said: “The one thing you do notice is that the team is together, they’re right behind Joe. If I was stood here and didn’t think that there would be a problem.

“Joe himself has got the determination to take this team forward and get results. The leadership doesn’t affect his batting, he’s still going out there and scoring the runs and still desperate to turn things around and desperate to make the team the best it can be, it’s as simple as that.”

On the pitch, it was another dark day for England as they ended their winless winter.

The result was a foregone conclusion when the teams emerged on the fourth morning, with the hosts putting their forlorn opponents out of their misery by sailing over the line by 10 wickets.

Set a paltry 28 to take the third Test and a 1-0 series win, they needed just 29 balls to continue their proud home record in this fixture.

Only once since 1968 has an England left the islands triumphant, but the wider problems are more stark and more immediate than that.

The bare facts are inescapable: one Test victory in 17 attempts and five series without success for the first time in their history.

There is a power vacuum at the top of the England and Wales Cricket Board, with no permanent chair, director of cricket or head coach. Whether there will be a vacancy as captain remains to be seen.