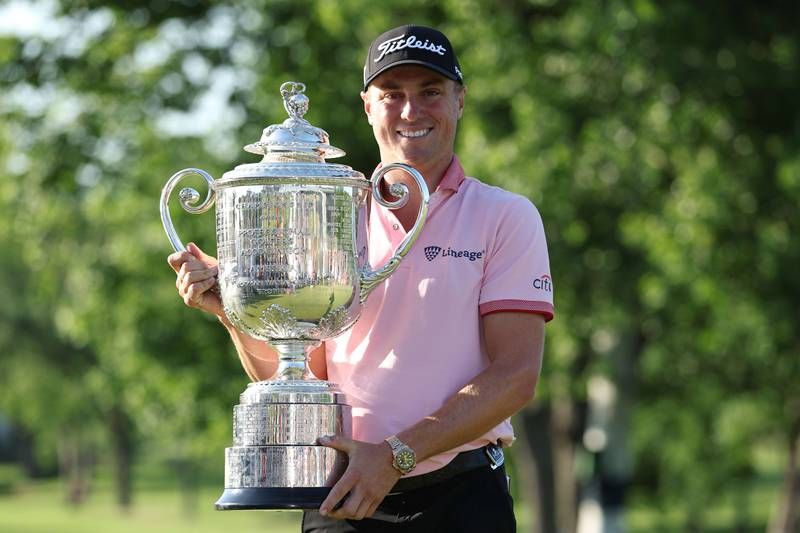 Justin Thomas produced a comeback for the ages to win the PGA Championship on Sunday, surging from seven shots down at Southern Hills to capture his second major title.

The 29-year-old American defeated compatriot Will Zalatoris by one stroke in a tension-packed three-hole aggregate playoff after a heartbreaking 72nd-hole collapse by Chile’s Mito Pereira. Pereira led all day only to hit his final tee shot into water en route to a double-bogey disaster at the 18th hole and hand Thomas the trophy.

“It was a bizarre day,” Thomas said. “I was asked earlier in the week about what lead is safe, and I said, no lead. This place is so tough. But if you hit the fairways you can make birdies and I stayed so patient. I just couldn’t believe I found myself in a playoff.”

Not since John Mahaffey’s seven-shot rally at Oakmont in 1978 had anyone made such a fightback to win the PGA Championship.

Zalatoris and Thomas each birdied the par-5 13th to open the playoff. At the par-4 17th, Thomas drove the green and two-putted for birdie from 36 feet while Zalatoris chipped to seven feet but missed his birdie bid.

At the 18th hole, Zalatoris missed a 40-foot birdie try and finished on one-under while Thomas two-putted from 26 feet, tapping in for par and the victory on two-under.

“We just tried to play the golf course for what it is, and this place is so tough,” Thomas said.

With the lowest round of the day, @JustinThomas34 captured his second #PGAChamp in a thrilling playoff.

Take a look back at highlights from his week at Southern Hills. @rolex pic.twitter.com/iMVWOmXl7u

Zalatoris settled for his fifth top-10 finish in eight major starts and a sense he’s near a breakthrough.

“I can do it. I’m pretty close,” said Zalatoris. “I battled like crazy today. I’m close and super motivated. We’ll get one soon.”

Pereira shot 75 to share third with American Cameron Young on 276.

“It’s really sad to not be in the playoff,” Pereira said. “I wasn’t even thinking about the water. I just wanted to put it in play and I hit it too far right. I guess you have so much pressure in your body you don’t even know what you’re doing.” 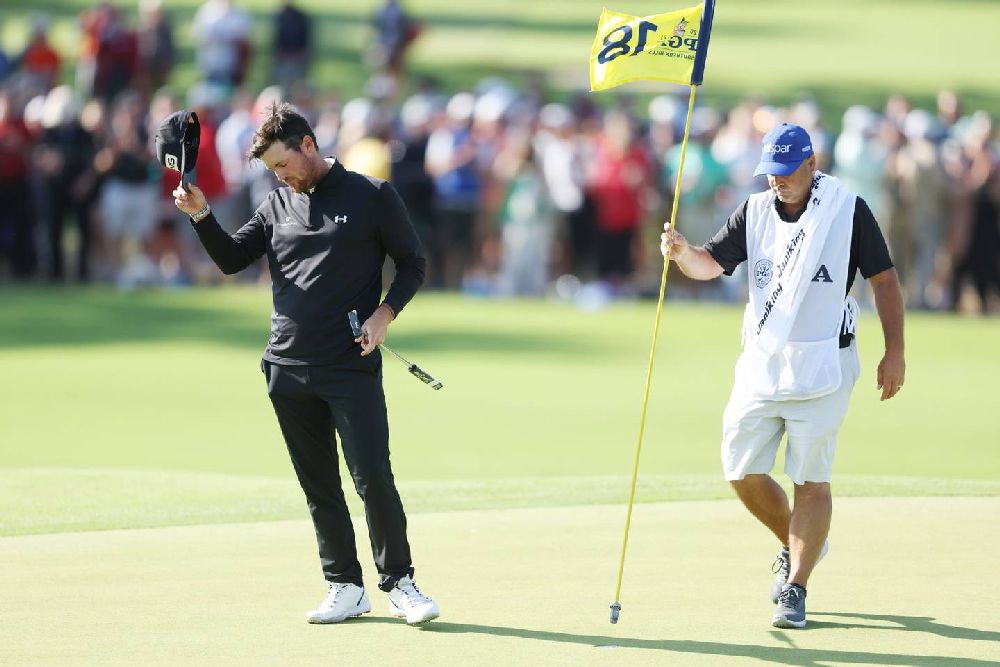 Thomas had issues as well, shanking a tee shot at the par-3 six but making a 19-foot bogey putt. “It was the best bogey I’ve ever made in my life, that’s for sure,” Thomas said.

While Pereira struggled, Thomas went on a birdie binge starting with a 12-foot putt to close the front nine. He holed out from 64 feet at the par-3 11th, sank a birdie putt from just inside 18 feet at 12 and blasted out of a bunker to inside four feet of the cup at 17.

England’s Tommy Fleetwood, who had runs of four bogeys and four birdies in a row, shared fifth on 277 with countryman Matthew Fitzpatrick and American Chris Kirk. 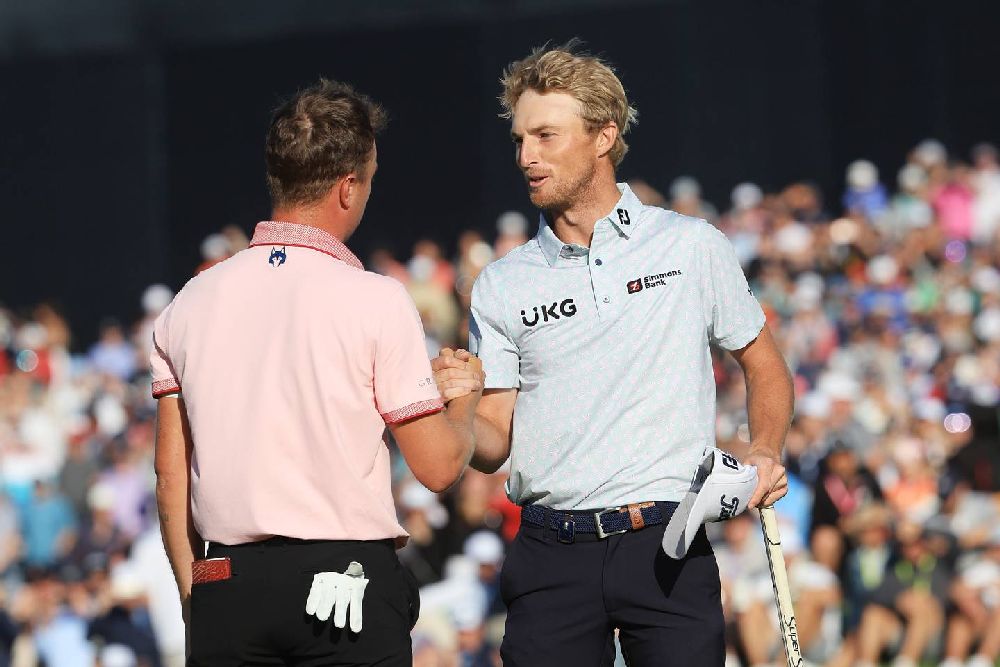 Will Zalatoris congratulates Justin Thomas after their playoff duel at the PGA Championship. AFP

Four-time major winner Rory McIlroy, who began nine off the pace, made four birdies in the first five holes but never sank another and settled for 68 to finish eighth on 278.

Three-time major champion Jordan Spieth, who could have completed a career Grand Slam with a triumph, fired a 69 to finish on 284.

Second-ranked Jon Rahm, the reigning US Open champion from Spain, would have overtaken Masters winner Scottie Scheffler for the world No 1 ranking with a victory. He shot 68 to finish on 286.