Transportation costs increased 510%, followed by restaurants and hotels, which surged 449% Inflation in Lebanon soared an annual 215 per cent in February as the country’s economic meltdown worsens and talks with the International Monetary Fund for a bailout package continue.

This is the 20th consecutive triple-digit increase of the Central Administration of Statistics’ Consumer Price Index since July 2020. The index increased 4.31 per cent from January 2022. Although inflation has spiked, it is still far from the peak of 741 per cent reached at the end of 1987 during the country’s 1975-1990 civil war.

The surge in inflation is due “in part to the inability of the authorities to monitor and contain retail prices, as well as to the deterioration of the Lebanese pound’s exchange rate on the parallel market and the gradual lifting of subsidies on hydrocarbons, which have encouraged opportunistic wholesalers and retailers to raise the prices of consumer goods disproportionately”, Byblos Bank said in a note.

Lebanon’s economy collapsed after it defaulted on about $31 billion of eurobonds in March 2020, with its currency sinking more than 90 per cent against the dollar on the black market.

Inflation has since surged while public debt, already a major overhang, continued to rise and reached $100bn, or about 212 per cent of gross domestic product, in 2021. That ranks Lebanon as the country with the fourth highest debt-to-GDP ratio in the world, surpassed only by Japan, Sudan and Greece, according to the World Bank. 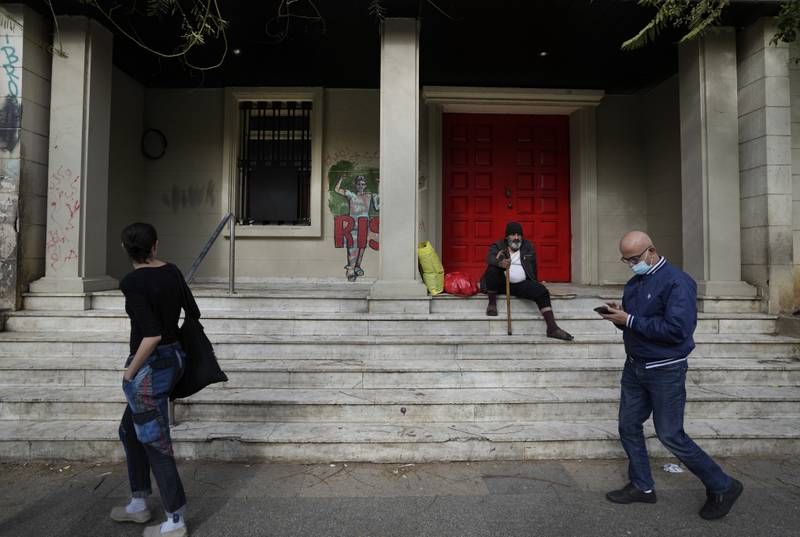 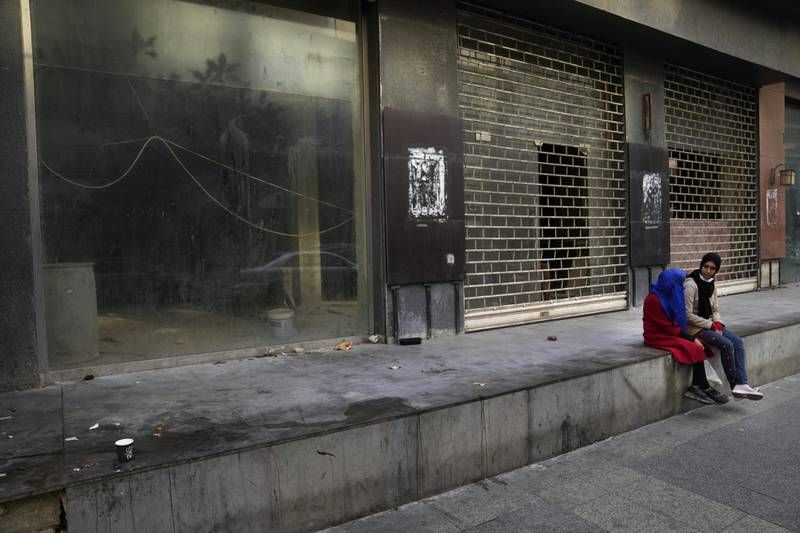 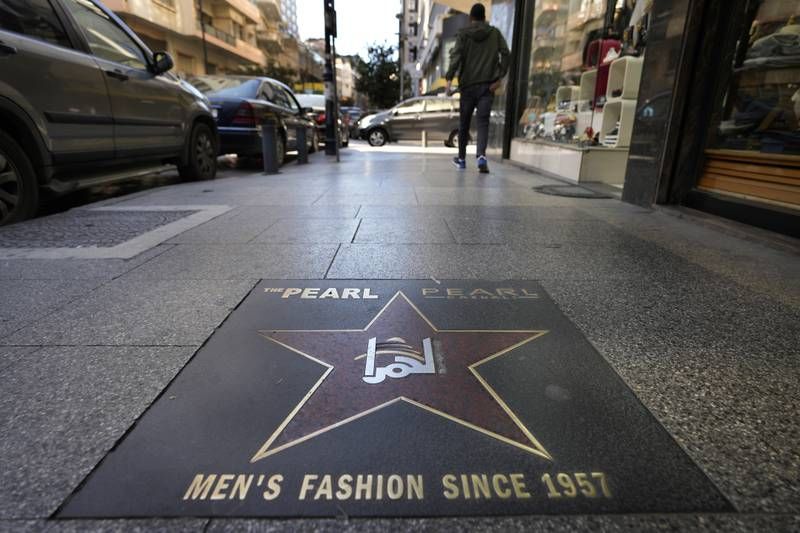 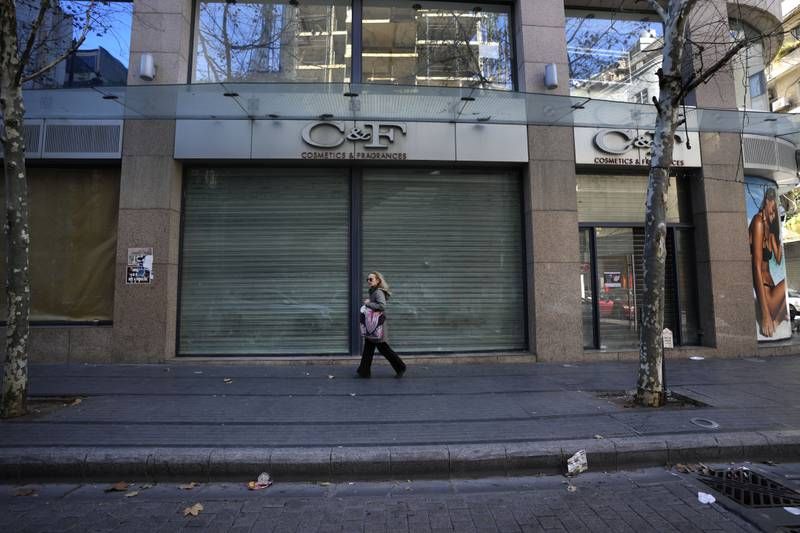 A coffee shop on Hamra Street in Beirut. The street has changed dramatically over the years, reflecting one of the three biggest financial crashes globally since the 1850s. All photos by AP

“As a major wheat importer these pressures will now ease more slowly than had been hoped,” said Shady Elborno, head of macro strategy at Emirates NBD.

The government has asked the US and other donors to help build up wheat reserves for the country due to supply disruptions from the war in Ukraine, a task made more complicated by the destruction of crucial silos in the 2020 Beirut port blast, which claimed more than 200 lives and caused at least $5bn in damages.

Transportation costs increased 510 per cent in February 2022, compared to the same month last year, followed by restaurants and hotels, which surged 449 per cent. The health segment soared 413 per cent, food and non-alcoholic beverages rose 396 per cent, while the cost of water, electricity, gas and other fuels swelled by 372 per cent.

Lebanon’s economy contracted 25 per cent in 2020 and 6.7 per cent in 2019. The International Monetary Fund did not provide projections in its World Economic Outlook for Lebanon for last year, given the fluid situation in the country.

IMF talks with Lebanese officials are ongoing and the fund’s staff are expected to visit the country to resume discussions this month, its spokesman Gerry Rice said last week.

Lebanon needs to carry out various reforms and measures, including restructuring its banking sector and reducing the large public debt overhang, to secure financial assistance from the fund and unlock billions of dollars of aid from donor countries and institutions.

“We remain closely engaged, of course, we are trying to work with the Lebanese authorities to formulate a reform programme that can address the severe economic financial challenges Lebanon is facing,” Mr Rice said.

“I would say the discussions are progressing well. But extensive work is needed in the period ahead. Lebanon’s challenges are deep and complex, they will require time and a commitment.”

Lebanon applied for a potential $10bn IMF bailout package in May 2020. However, talks with the lender stalled due to internal bickering among the various political factions in the country and a lack of consensus on the size of the debt on the balance sheet of the central bank.

Lebanon’s economic crisis is expected to rank among the world’s top 10 crises – possibly even the top three – since the mid-19th century, according to the World Bank.