Club Social is back baby…

Covid may have slapped the 2020 edition of the Abu Dhabi Club Social music extravaganza with a healthy case of the deferrals, but with a line-up that strong — leaving it to gather dust in the boulevard of broken festival dreams was never going to be an option.

The sudden and systematic unraveling of the event calendar in early 2020 seems like a lifetime ago and Club Social was just one of many victims. But now — with the pandemic largely under control, off the back of a hugely successful vaccination campaign and internationally recognised public safety policy, Abu Dhabi is ready to start thinking about festivals again.

Club Social 2022 is set to take place on the rolling green pastures of Yas Links Golf Course, Yas Island between October 28 and October 30. Music lovers can look forward to three days of alfresco raving, alongside dining adventures and fun activations still yet to be announced.

And What’s On stands as an extremely proud media partner for the event, which breaks down like this…

Brit-pop-rock indie outfit Kaiser Chiefs, are probably best-known for their debut, claxon for moshpits, hit I Predict a Riot. Named after a South African football team, the band have been making music since 2000 (two decades now!). Other hits you’ll recognise include Ruby, Everyday I Love You Less and Less and Never Miss A Beat. They performed at Dubai’s Party in the Park in 2016 and you may recognise the band’s frontman Ricky Wilson from his stint as judge on the UK edition of The Voice. 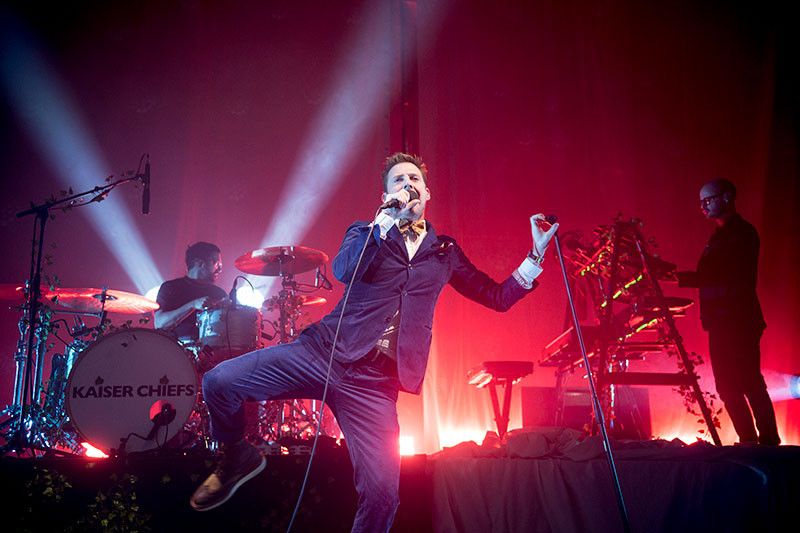 Also on Friday’s lineup are electro-banger G-unit, Clean Bandit, who have a string of catchy tunes that we can’t wait to hear. They’ll be performing a DJ set but we’re still hoping we get to hear some of the big ol’ choooons from their back catalog, hits such as Symphony, Rockabye (when Sean-a Paul said “daily struggle, we felt that) and Rather Be, to name a few. The band was last in Dubai in April 2019, performing at Zero Gravity’s One Big Beach Festival.

The last time Liam Gallagher took to the stage in the UAE was for What’s On‘s epic Party in the Park festival in 2017. Best known as the lead of legendary British band Oasis, the star has been a solo hit factory since 2016. Highlights of his post-Oasis years include tracks such as, As You Were, Shockwave, Wall of Glass and Once. But we can’t be the only ones hoping for a set that also includes a couple of singalong Oasis anthems. HER SOUUUUL SLIDES AWAY….

This is a day devoted to a ‘Battle of the Bands’ — Club Social is handing the stage over to emerging homegrown talent for what will be a fan-packed proving ground of tomorrow’s potential superstars. And we can’t think of a better way to close out a festival that is, at its heart, an homage to good music and good vibes.

Tickets will be available through Ticketmaster and Platinum List.