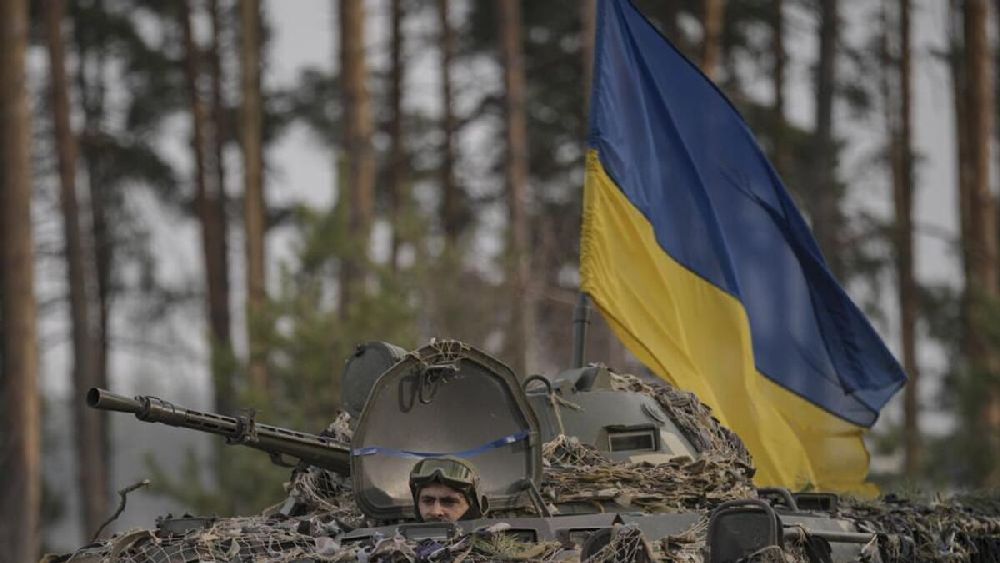 Ukraine’s government sends 45 buses to evacuate civilians from the besieged city of Mariupol, where Russia has declared a local ceasefire following a global outcry over the suffering of civilians trapped by a month of relentless shelling.

The first convoy arrives in the Russian-occupied port of Berdyansk, a hub in the operation to evacuate civilians to the Ukrainian-controlled town of Zaporizhzhia.

Turkey says the foreign ministers of Russia and Ukraine could meet “within about a week or two” to step up negotiations on ending the five-week-old conflict.

Russian forces have begun to pull out of the defunct Chernobyl nuclear power site and move towards Belarus, a US defence official says, with Ukraine’s nuclear agency confirming the development.

Here are the latest developments on April 1: 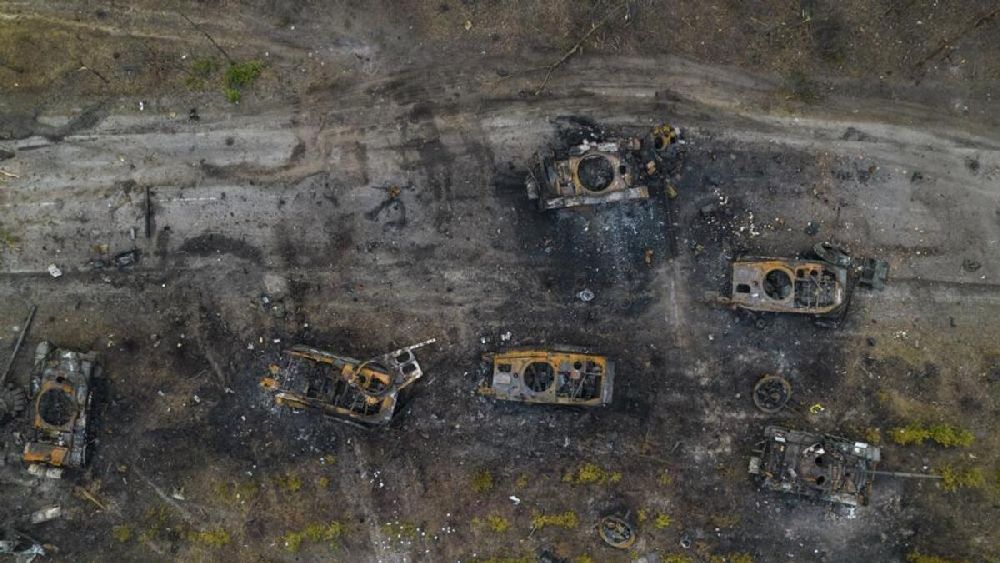 9.45am: UK says Ukraine has retaken villages of Sloboda, Lukashivka

British military intelligence said on Friday Ukrainian forces have retaken the villages of Sloboda and Lukashivka to the south of Chernihiv and located along main supply routes between the city and Kyiv.

“Ukraine has also continued to make successful but limited counter attacks to the east and north east of Kyiv,” Britain’s Ministry of Defence said.

Chernihiv and Kyiv have been subjected to continued air and missile strikes despite Russian claims of reducing activity in these areas, the ministry added

8.13am: Fuel storage unit on fire in Russian city near Ukrainian border-governor

A fire broke out at a fuel storage facility in the Russian city of Belgorod located close to the Ukrainian border, regional governor Vyacheslav Gladkov said, two days after the province was rocked by blasts at an arms depot.

Two people were hurt in Friday’s fire, Gladkov said on Telegram, and residents of three city streets were being evacuated.

Gladkov said this week that the arms depot explosions were believed to be a result of another fire, although he said the regional authorities were awaiting confirmation from the defence ministry.

Ukraine has not claimed responsibility for any of the incidents.

Australian Prime Minister Scott Morrison said Friday that his country will be sending armoured Bushmaster vehicles to Ukraine to help in its war against Russia.

Morrison told reporters the vehicles will be flown over on Boeing C-17 Globemaster transport planes, but he didn’t specify how many Bushmaster vehicles would be sent or when. 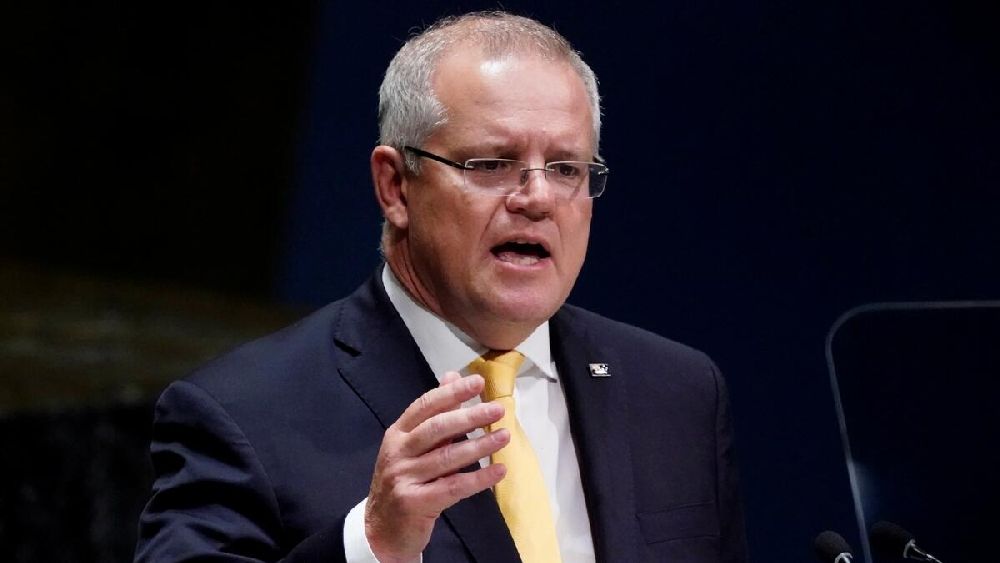 7.23am: Russia will not ask EU to end sanctions

Russia will not ask the European Union to end sanctions and has a sufficient “margin of safety”, the RIA news agency quoted a Russian foreign ministry official as saying on Friday.

“The European Union is not the centre of the universe,” Nikolai Kobrinets, the head of the European cooperation department at the ministry, said.

7.06am: Ukraine will soon be able to better protect its skies, says envoy to Japan 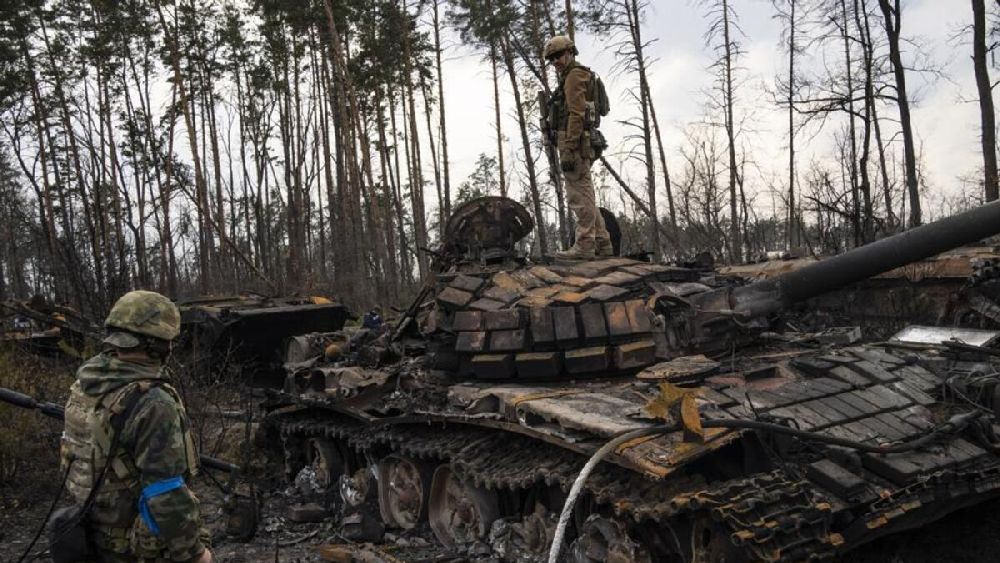 Ukraine will soon be able to better protect its skies and cities from Russian attacks because it expects “super modern” military equipment from the United States and Britain, Ukraine’s ambassador to Japan, Sergiy Korsunsky, said on Friday.

“They still have superiority in air force, in airplanes and missiles, and we expect to begin to receive super-modern equipment from the United States and Britain to protect our skies and our cities,” Korsunsky told a news conference.

“When they fire cruise missiles from long distance, we cannot get to the launch place. We have to intercept them. That’s why we need this modern equipment.”

Ukraine’s state power company, Energoatom, said the pullout at Chernobyl came after soldiers received “significant doses” of radiation from digging trenches in the forest in the exclusion zone around the closed plant. But there was no independent confirmation of that.

We know that they are moving away from those areas where we hit them in order to focus on other, very important ones where it may be difficult for us. 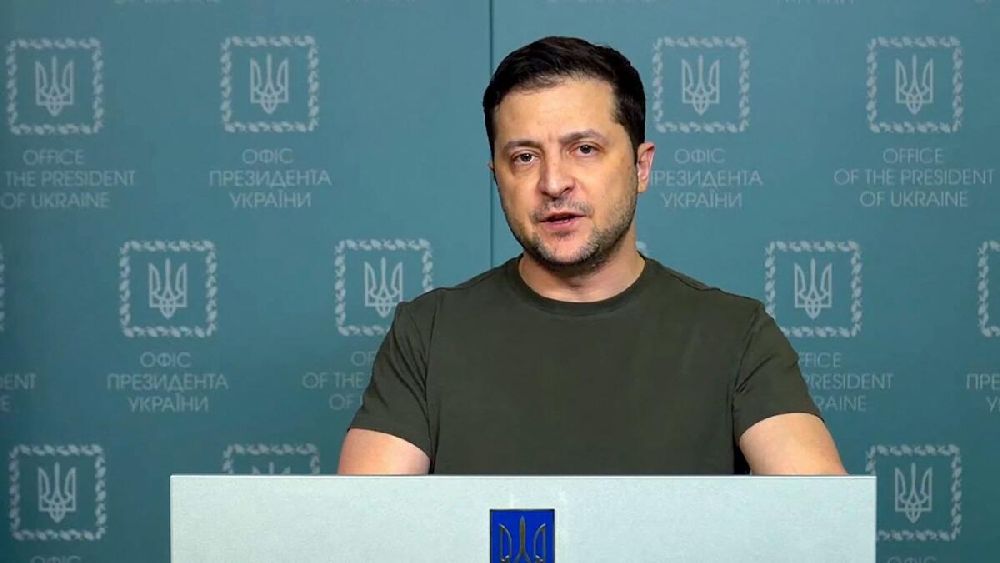