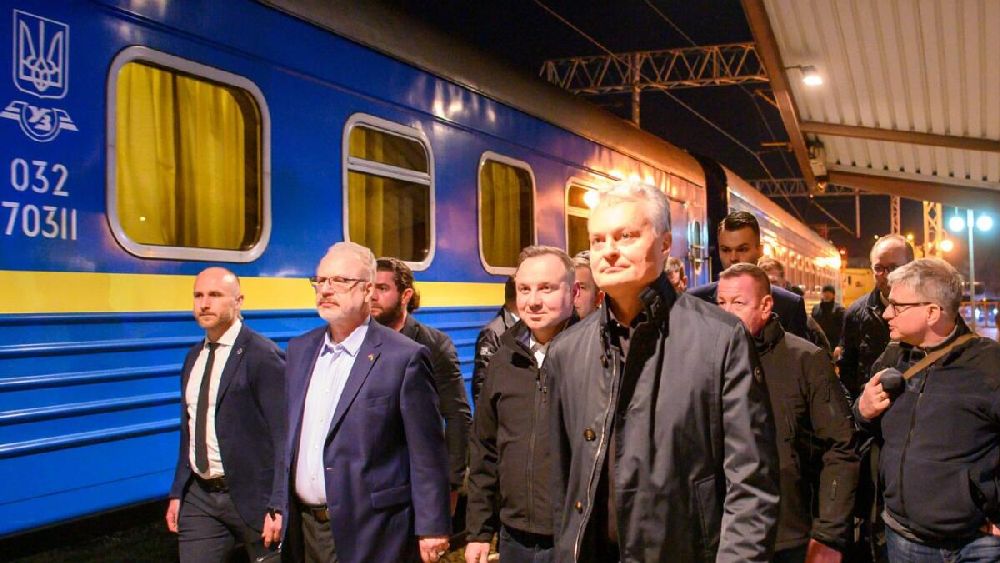 US President Joe Biden said for the first time that Moscow’s attack on Ukraine amounts to genocide, as President Vladimir Putin said Russia would “rhythmically and calmly” continue its operation and achieve its goals.

Biden used the term genocide, a significant escalation of the president’s rhetoric, in a speech at an ethanol plant in Iowa and later stood by the description as he prepared to board Air Force One.

“Yes, I called it genocide because it has become clearer and clearer that Putin is just trying to wipe out the idea of being able to be Ukrainian and the evidence is mounting,” Biden told reporters on Tuesday.

“We’ll let the lawyers decide internationally whether or not it qualifies, but it sure seems that way to me.”

Russia has repeatedly denied targeting civilians and has said Ukrainian and Western allegations of war crimes are made up to discredit Russian forces.

Many of the towns Russia has retreated from in northern Ukraine were littered with the bodies of civilians killed in what Kyiv says was a campaign of murder, torture and rape.

The Kremlin says it launched a “special military operation” on February 24 to demilitarise Ukraine. Kyiv and its Western allies reject that as a false pretext.

Moscow’s nearly seven-week long incursion, the biggest attack on a European state since 1945, has seen more than 4.6 million people flee abroad, killed or injured thousands and led to Russia’s near total isolation on the world stage.

Putin on Tuesday used his first public comments on the conflict in more than a week to say Russia would “rhythmically and calmly” continue its operation, and expressed confidence his goals, including on security, would be achieved.

Ukrainian President Volodymyr Zelensky mocked Putin in an early morning address on Wednesday: “How could a plan that provides for the death of tens of thousands of their own soldiers in a little more than a month of war come about?”

Putin said that on-and-off peace negotiations “have again returned to a dead-end situation for us.”

Zelenskiy told Russia to release prisoners of war if it wants the Kremlin’s most high-profile political ally in the country freed.

Ukraine said that Viktor Medvedchuk, the leader of the Opposition Platform – For Life party, had been apprehended. In February, the authorities said he had escaped house arrest after a treason case was opened. 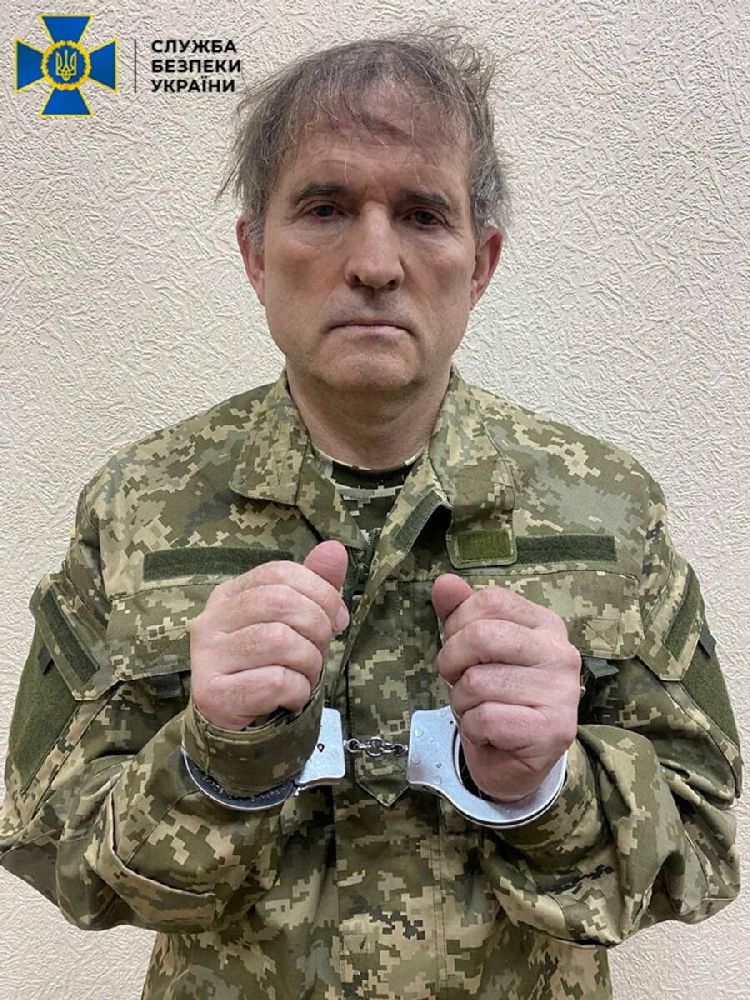 The politician who says Putin is godfather to his daughter has denied wrongdoing. A spokesperson was not immediately available for comment.

Russia says it now aims to capture more territory on behalf of separatists in two eastern provinces, known as the Donbas. It includes Mariupol port, which has been reduced to a wasteland under Russian siege.

Here are the latest developments on April 13:

11.00am: Russia says US spreading lies on possible chemical attack

Russia said on Wednesday that claims by the United States and Ukraine that Russia could use chemical weapons in Ukraine were disinformation because Moscow destroyed its last chemical stockpiles in 2017.

Ukraine’s defence ministry said on Tuesday that it was checking claims that Russia may have used chemical weapons in the southern Ukrainian port city of Mariupol.

US Department of State Spokesman Ned Price told reporters on Tuesday that the United States was concerned Russia may seek to resort to chemical weapons in Ukraine.

Russia’s embassy in Washington said Ukrainian radicals were preparing to stage provocations with the use of chemical weapons and that the State Department’s Price was spreading disinformation.

Ukraine’s Deputy Prime Minister Iryna Vereshchuk said it was not possible to open any humanitarian corridors on Wednesday, and she accused occupying Russian forces of violating a ceasefire and blocking buses evacuating civilians.

Vereshchuk added in a statement on the Telegram messaging app that authorities would work to reopen the humanitarian corridors as soon as possible.

Russia’s inability to cohere and coordinate military activity has hampered its invasion of Ukraine to date, UK’s Ministry of Defence tweeted in a regular bulletin. 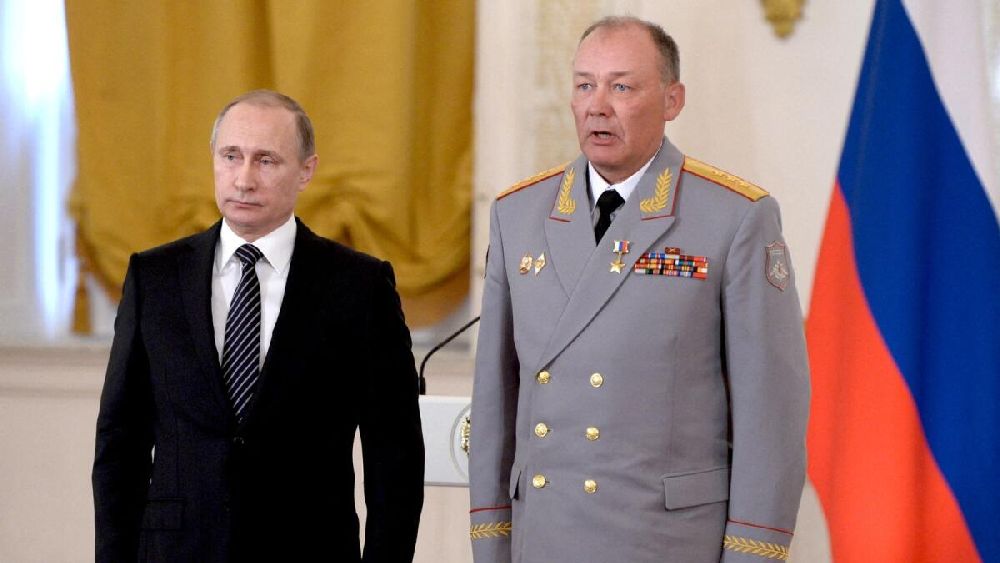 Army General Dvornikov’s appointment shows how Ukrainian resistance and Russia’s ineffective pre-war planning is forcing it to reassess its operations, according to the intelligence update.

Reuters could not immediately verify the report.

9.35am: Presidents of Poland, Baltic states to visit Kyiv on Wednesday

Polish President Andrzej Duda and the presidents of Lithuania, Latvia and Estonia are on their way to Kyiv to meet Ukraine’s President Volodimir Zelensky, an adviser to the Polish leader said on Wednesday.

“Our countries are showing support to Ukraine and President Zelenskiy in this way,” Jakub Kumoch, the adviser, posted on Twitter.

The conflict in Ukraine shows now is the time to shift to clean and independent energy, US climate envoy John Kerry said at a conference on the pacific island of Palau as he urged nations to boost the use of offshore renewable power sources.

Russia typically provides Europe with around 40 per cent of its gas, complicating western efforts to impose economic sanctions on Putin’s government for Russian military actions in Ukraine. 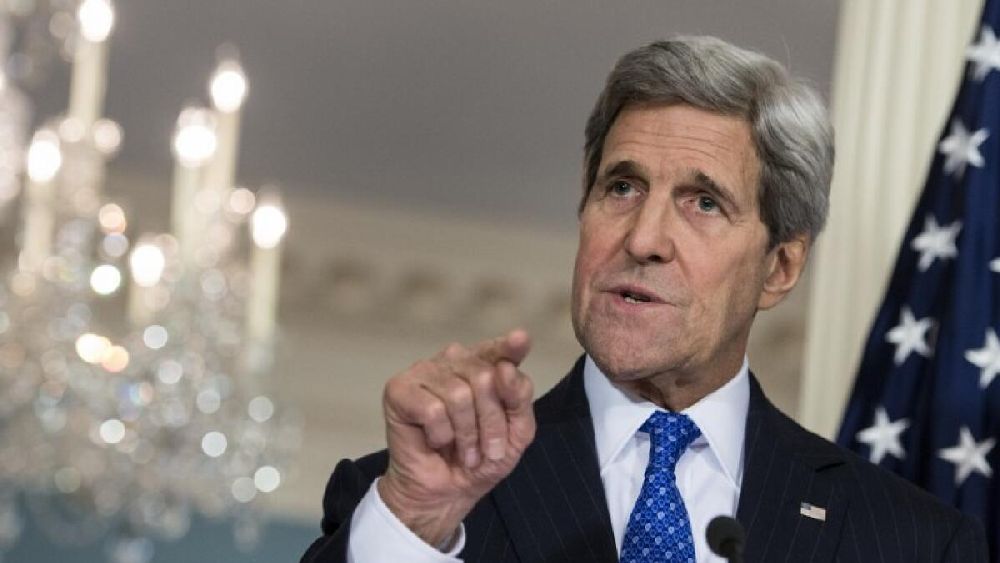 “Now is the time to accelerate the transition to an independent and a clean energy future. President Putin cannot control the power of the wind or the sun,” Kerry said in the opening speech to the Our Oceans conference.

The conference opened on Wednesday in Palau, which has a population of just 18,000, to highlight the plight of nations on the frontline of climate change as they grapple with rising sea levels.