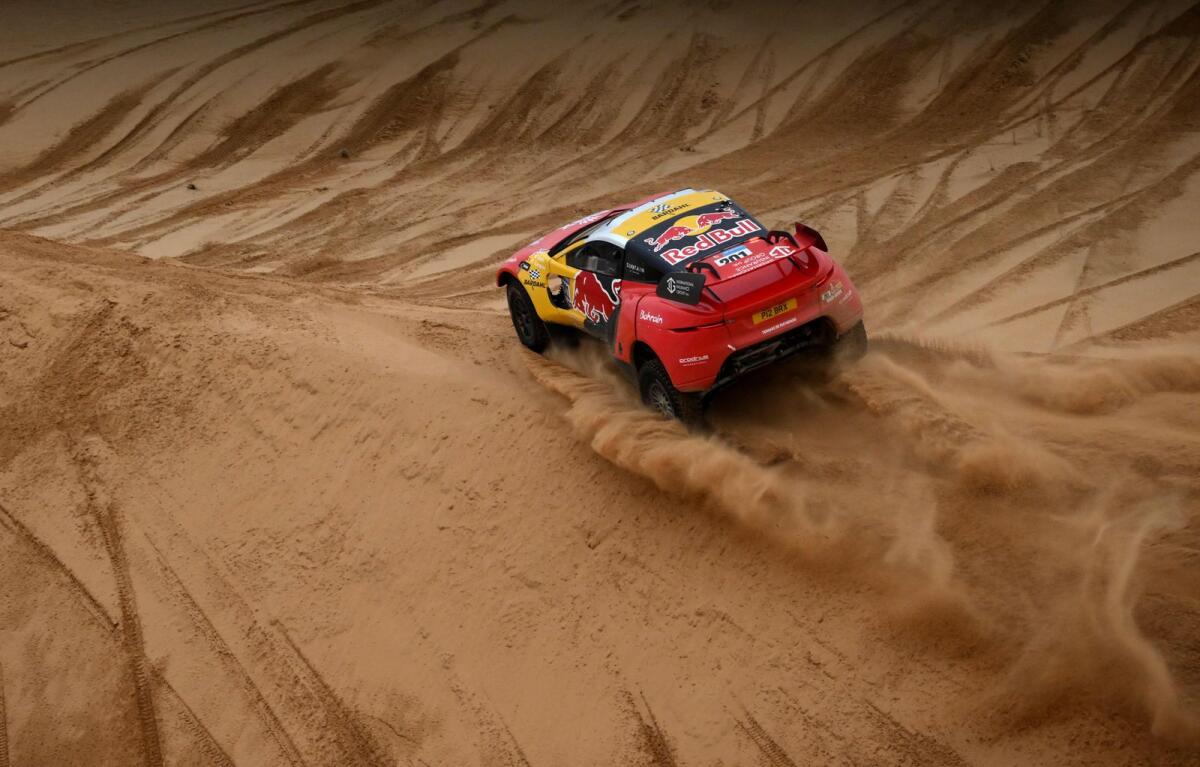 Sebastien Loeb grabbed victory on Sunday in the eighth stage of the Dakar Rally after Carlos Sainz was hit with a five-minute penalty.

The 48-year-old Frenchman won the stage by 2 minutes and 11 seconds in his Prodrive from Qatari Al-Attiyah after 822 km of racing through valleys and sand between Al-Duwadimi and Riyadh.

Loeb has had a wildly up-and-down race in his Prodrive. After bad days on Monday and Tuesday he won on Wednesday but rolled his car on Thursday and on Saturday lost more than 16 minutes.

“It was a good stage, a clean stage this time, for us,” said Loeb at the finish on Sunday. “Just one puncture, we had to change one wheel, but the rest was okay. We tried to make it a big one.”

Sainz has also had shifting fortunes in the sands. On Sunday he was caught driving 40 kilometres over the limit in his Audi in a 30kph section. The penalty dropped him to third for the day at 3min 31sec.

The Spaniard is 17th overall.

Sainz said he was happy with his drive after a ‘disappointing’ first week.