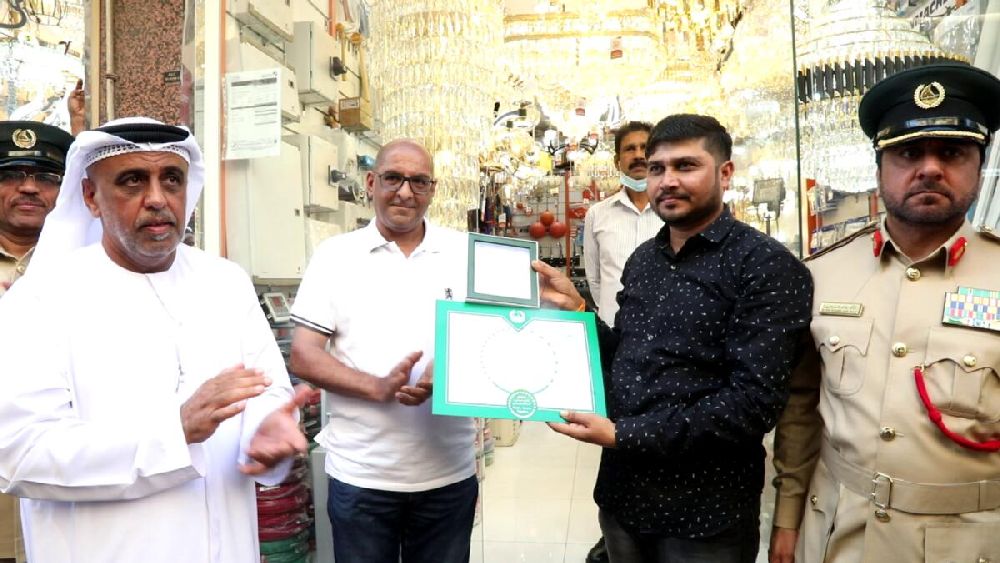 Senior officials from Dubai Police on Monday surprised Keshur Kara Chavada Karu Ghela, an Indian expat, at his workplace and honoured him for his bravery in foiling a robbery attempt from a person carrying Dh2,757,158 in Dubai.

According to Dr Major General Tariq Tahlak, the incident took place when two Asians were in the Naif area carrying two bags containing Dh4,250,000 in cash of different currencies. He indicated that the main suspect and his accomplices intercepted the Asians and snatched one of the two bags containing Dh2,757,158.

“As the two Asian men shouted for help, Mr Keshur saw the robber running with the stolen bag toward him. He bravely tackled the criminal, started wrestling with him, and pinned him to the ground until the police patrols arrived and made the arrest” Maj. Gen. Tahlak said.

Mr Keshur expressed his pride and joy for being honoured by Dubai Police senior officers among his colleagues and explained that this is a medal of honour that he shall forever cherish. 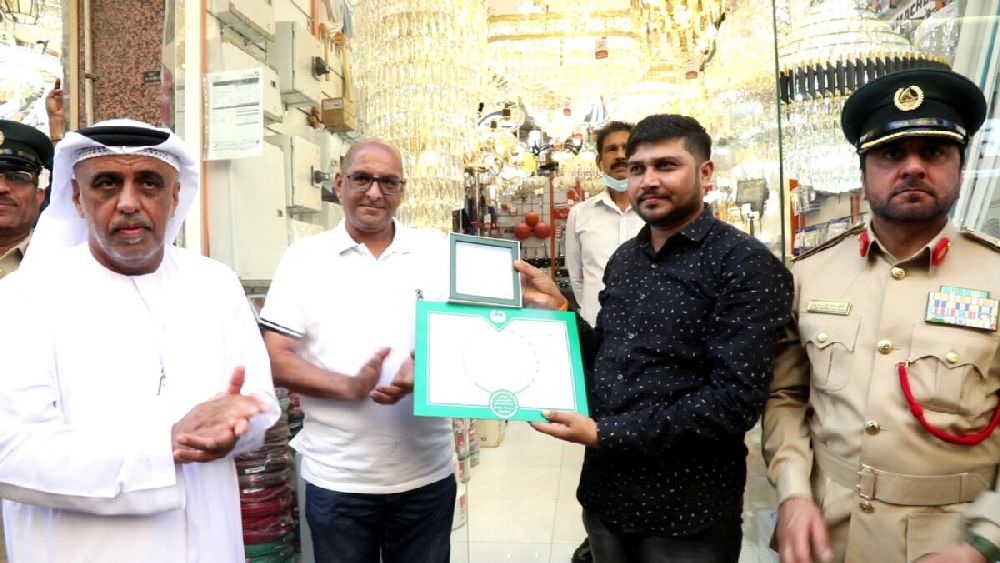 Maj Gen Al Mansouri hailed Mr Keshur, who helped police arrest the thief by tackling him and pinning him to the ground until the police patrols arrived. He further lauded the young man’s efforts and courage in intercepting the thief, indicating that his behaviour reflects his genuine commitment to the community and his wit in dealing with emergencies.

Maj Gen Al Mansouri explained that honouring Mr Keshur in his workplace and among his colleagues and neighbours reflects Dubai Police’s keenness on strengthening the concept of community partnership and reinforcing the sense of responsibility among individuals.