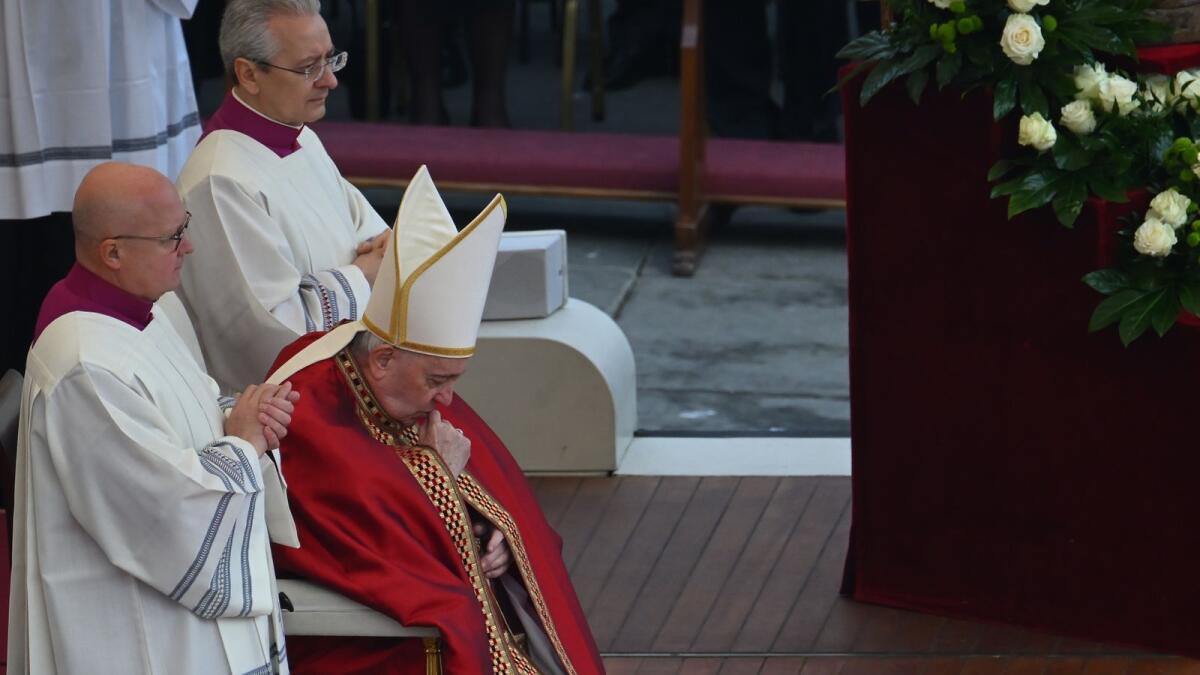 Pope Francis will preside Thursday over the funeral of his predecessor Benedict XVI at the Vatican, an unprecedented event in modern times expected to draw tens of thousands of people.

Here’s a look at how the service is unfolding: 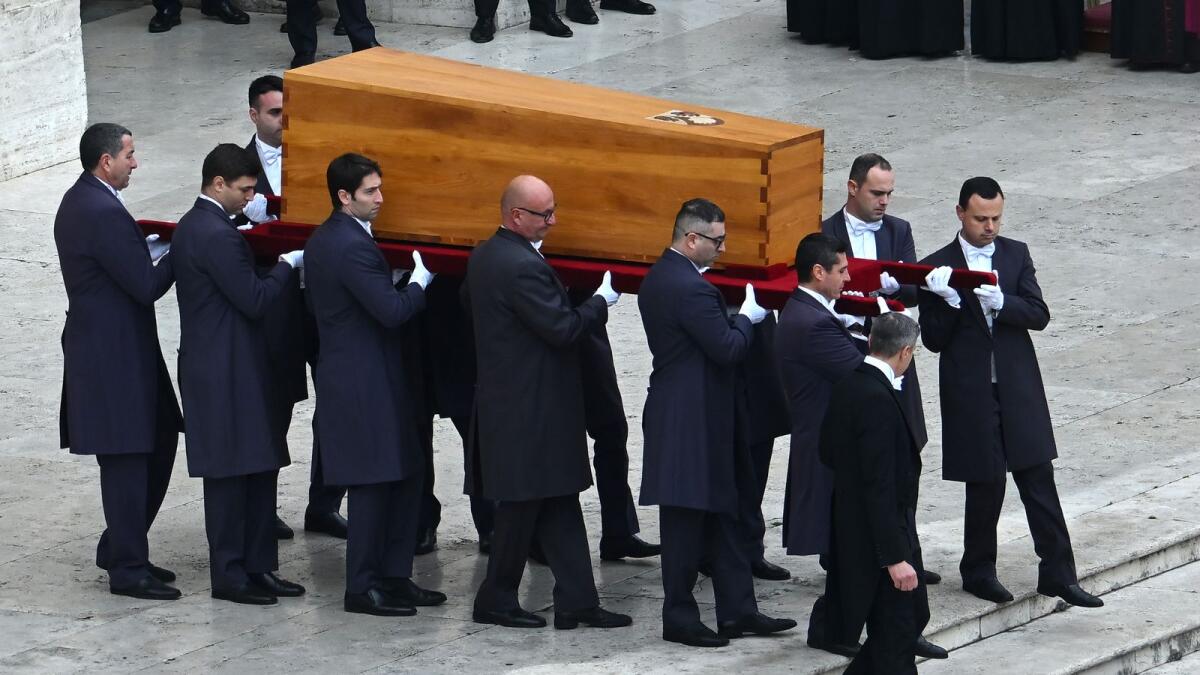 Pallbearers carry the coffin of Pope Emeritus Benedict XVI at the start of his funeral mass at St. Peter’s square in the Vatican. 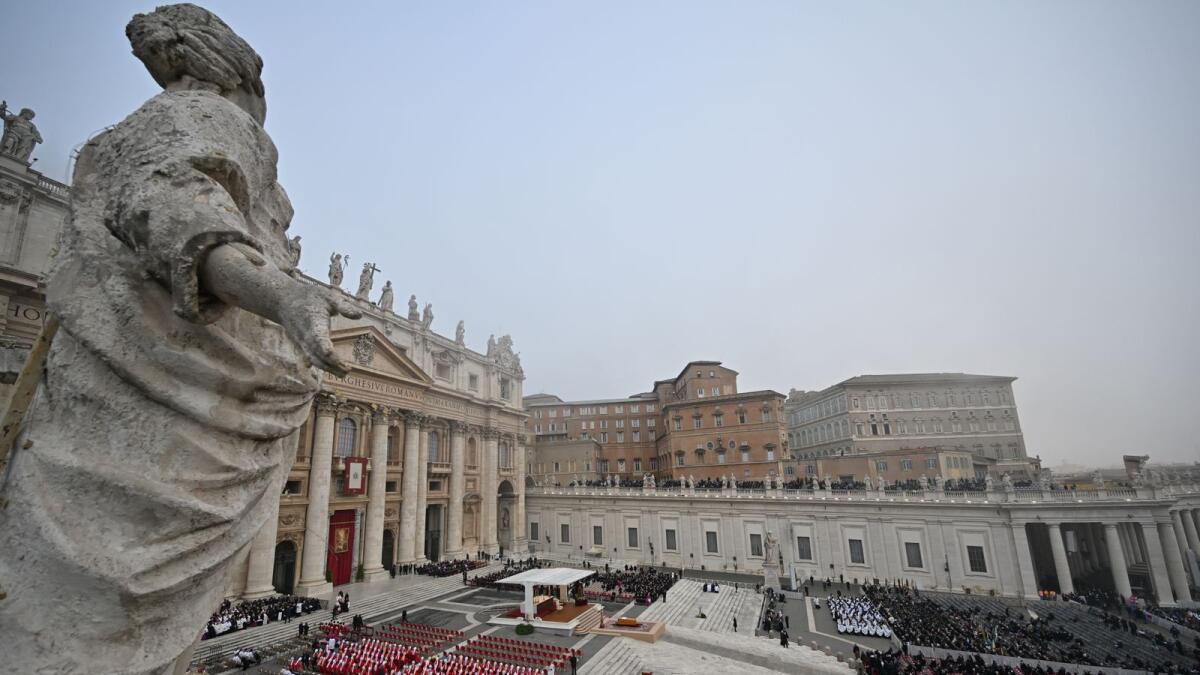 The coffin of Pope Emeritus Benedict XVI is pictured in front of crowds of mourners. 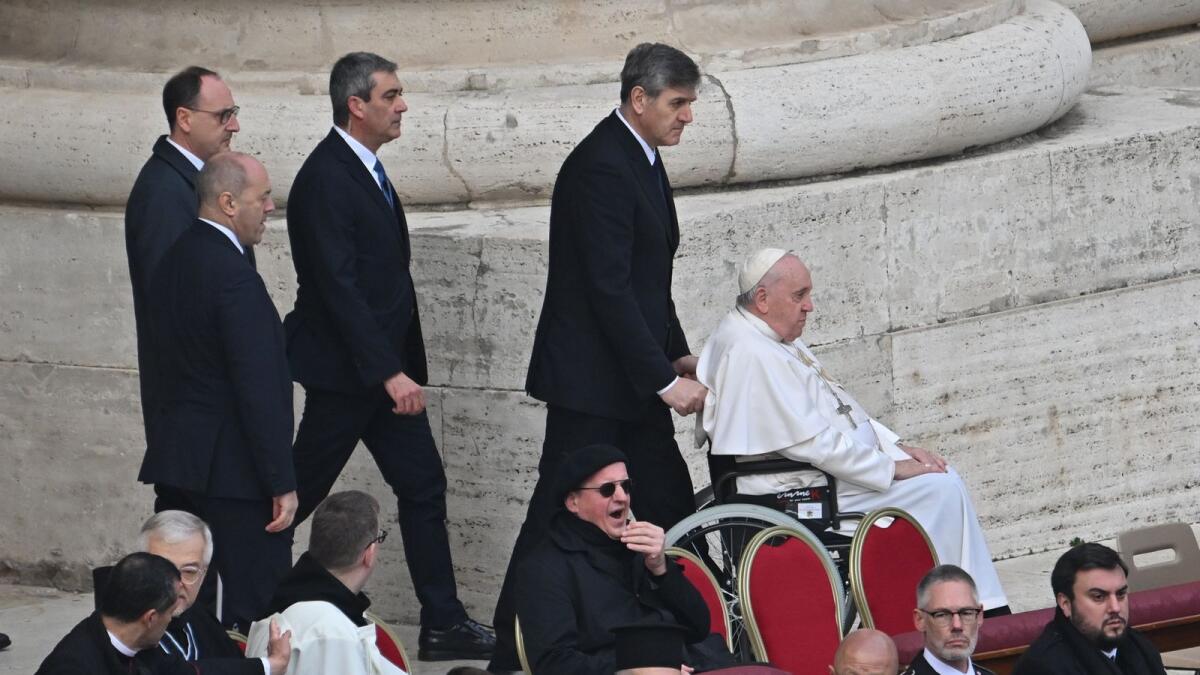 Pope Francis arrives during the funeral mass. He took over the papacy when Benedict resigned almost a decade ago. 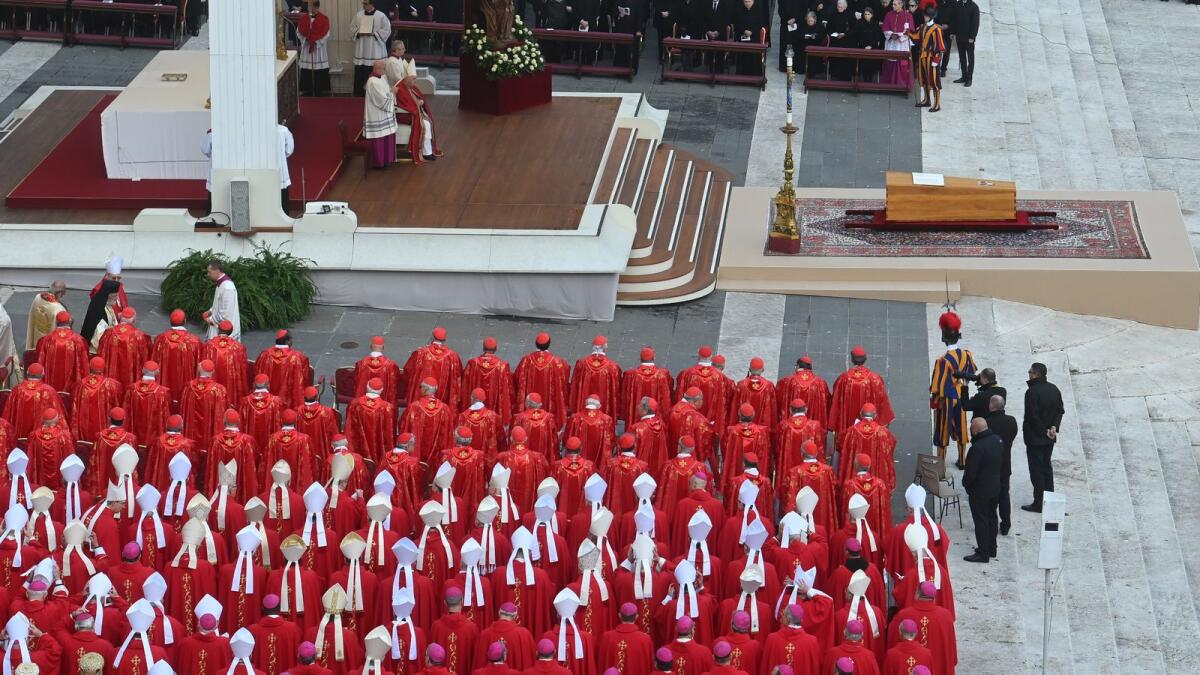 Pope Francis looks on as the service begins at the funeral of Pope Emeritus Benedict XVI at St. Peter’s Square. 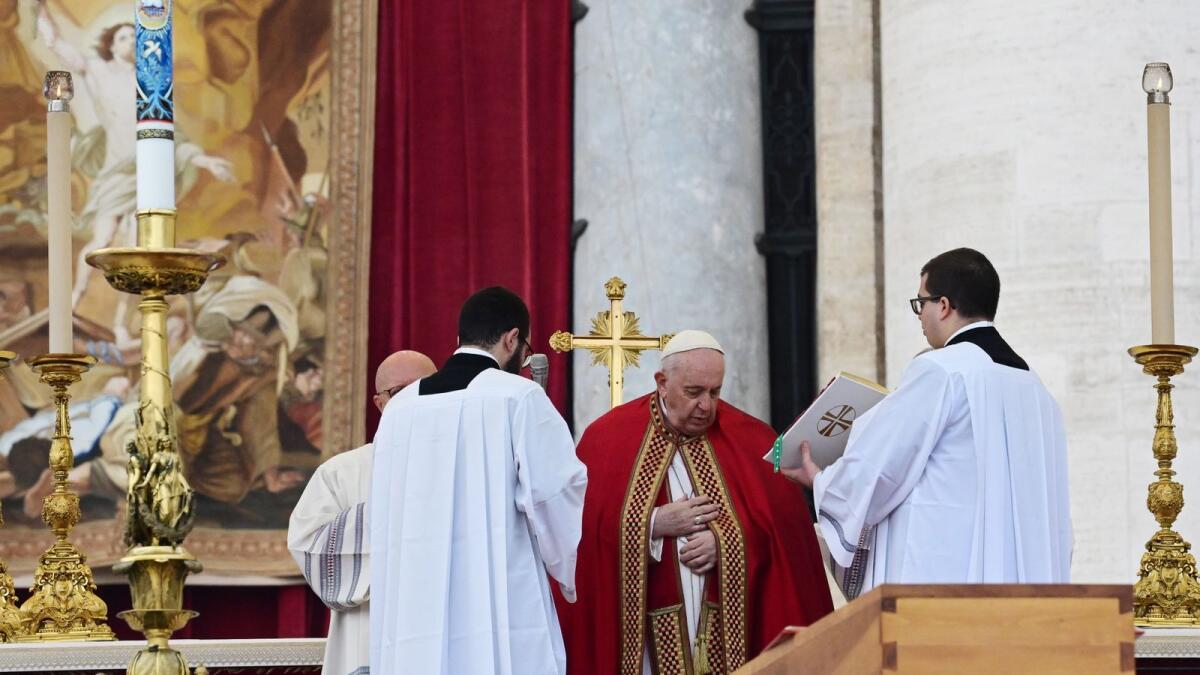 Almost a decade after Benedict became the first pontiff in six centuries to resign, his successor will deliver the homily in the vast St Peter’s Square before his body is laid in the papal tombs beneath St Peter’s Basilica. 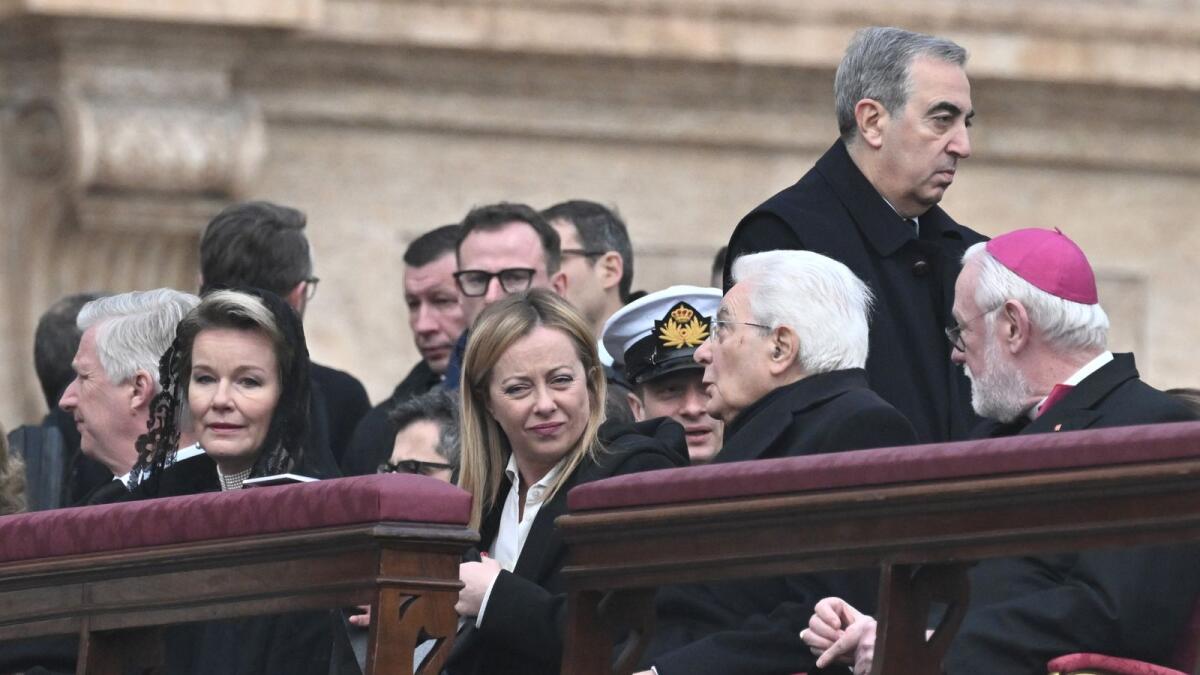 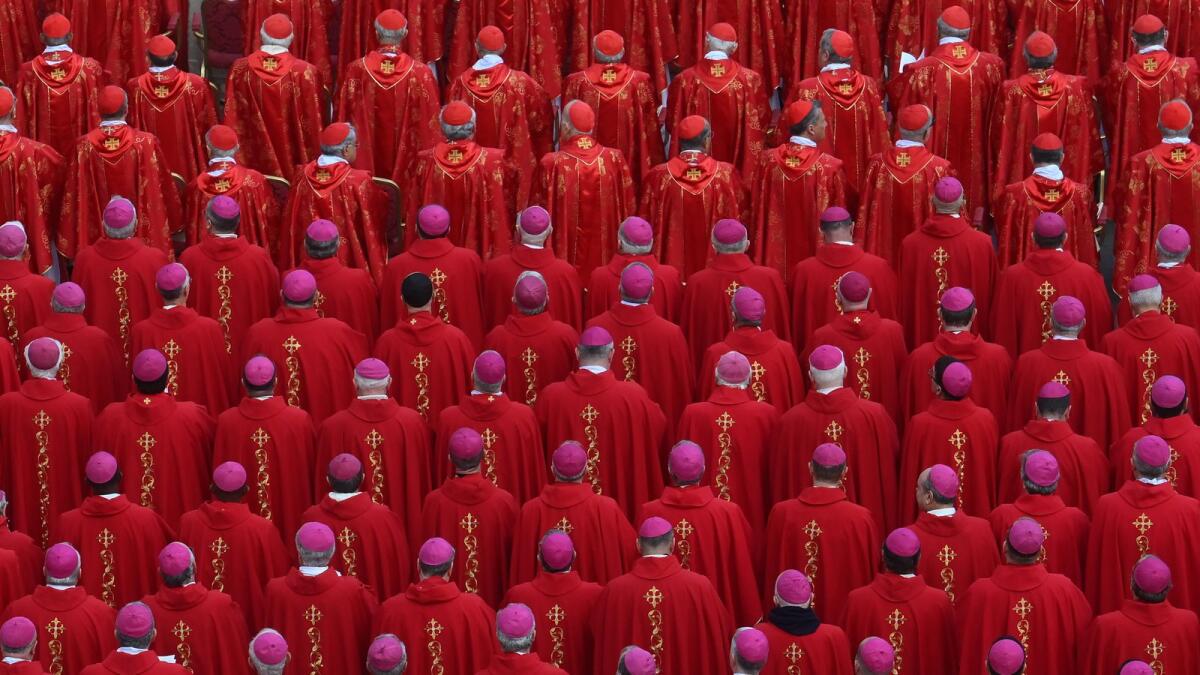 Cardinals and Bishops in attendance at the funeral mass. 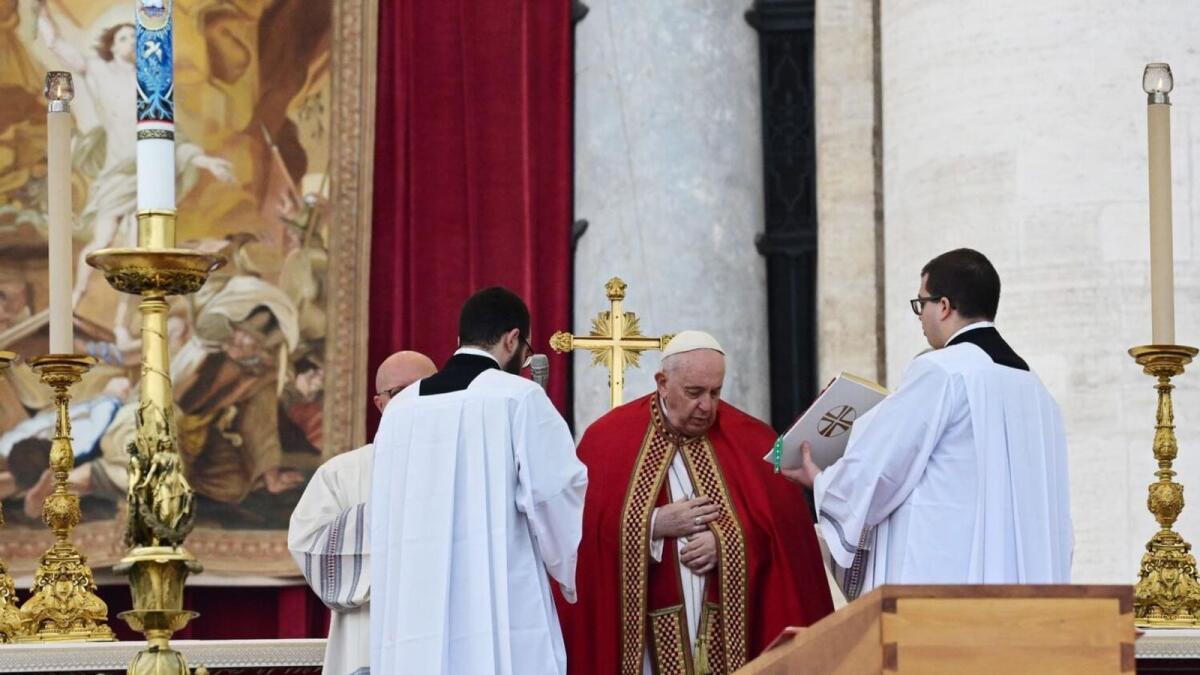 Francis prays in front of Benedict’s plain, cypress wood coffin, which lay at the head of the Vatican square packed with foreign dignitaries, cardinals, bishops, priests and believers from around the world.