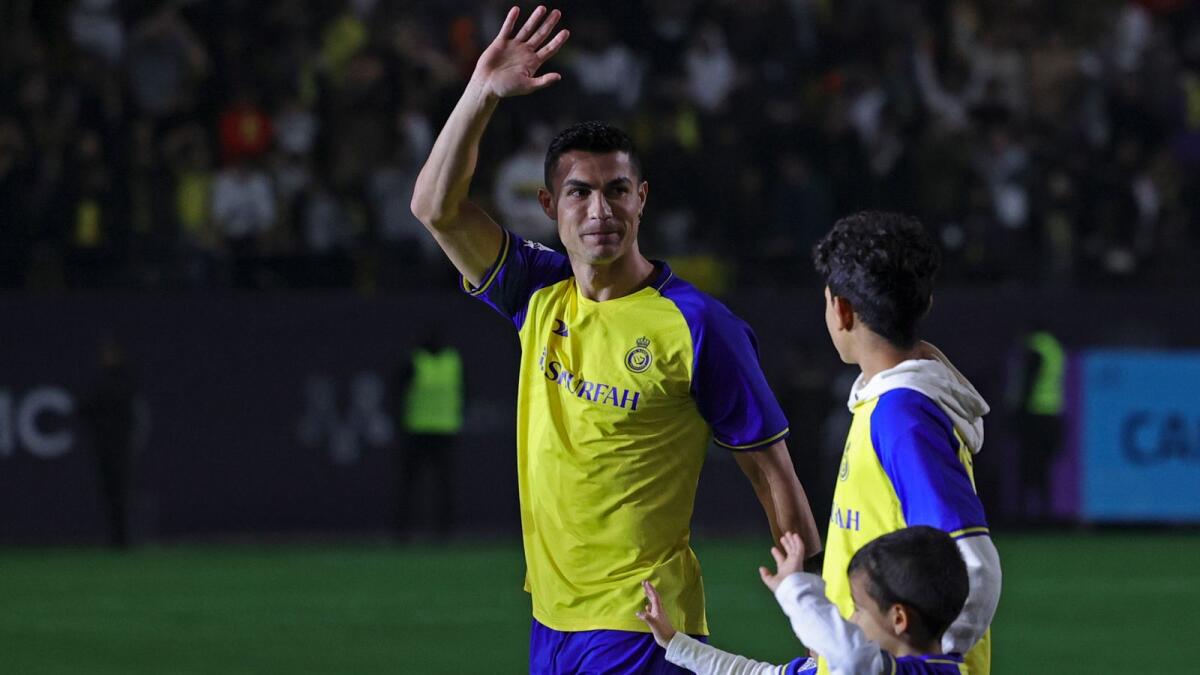 Cristiano Ronaldo was officially presented by Al Nassr as the Saudi Arabian club’s superstar new signing on Tuesday, and said he turned down multiple other offers from Europe and North America.

The former Manchester United, Real Madrid and Juventus forward has signed a two-and-a-half-year contract to play in the Saudi Pro League in one of the most surprising transfers in the sport’s history. 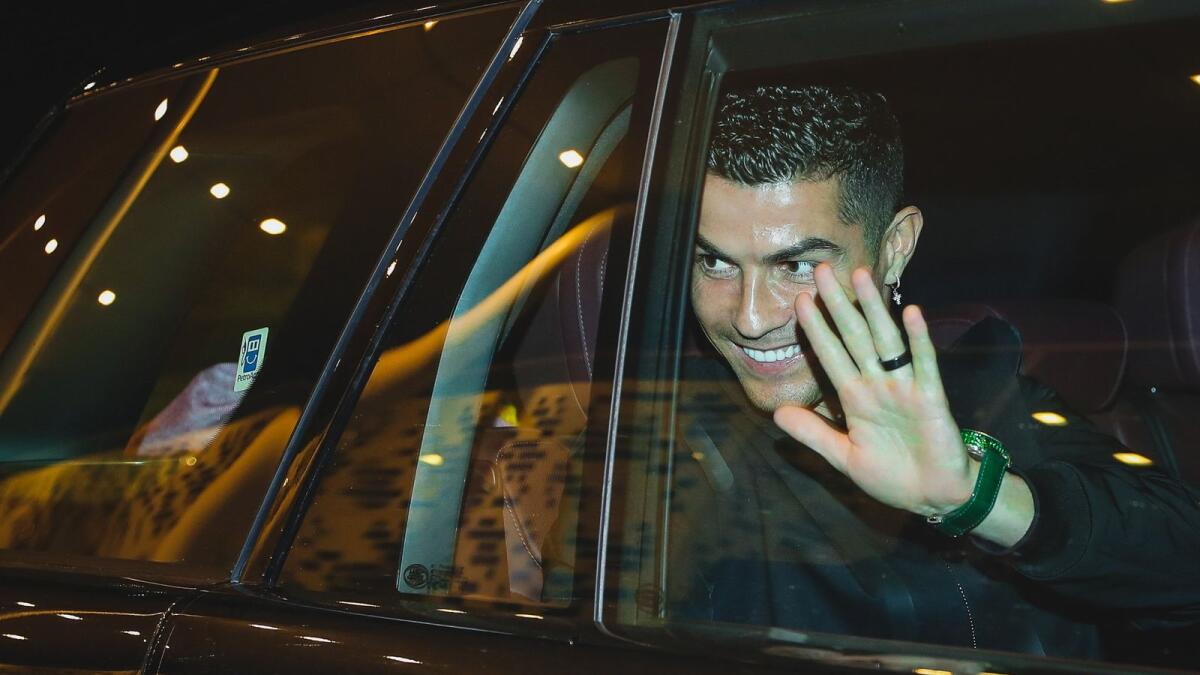 “I’m so proud to make this big decision in my life. In Europe my work is done. I won everything and played for the most important clubs in Europe. This is a new challenge,” Ronaldo said at a news conference. 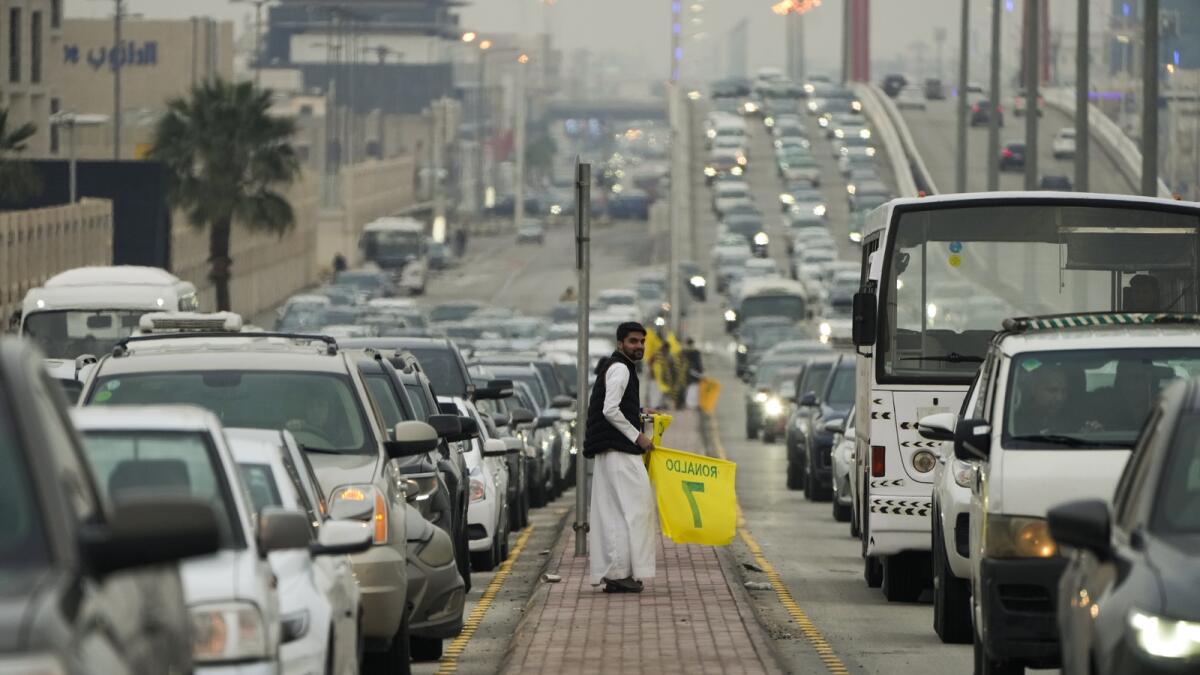 The soccer great, who has won five Ballon d’Or awards for the best player in the world and five Champions League titles, will play outside of Europe for the first time in his storied career.

Ronaldo was presented to fans at the 25,000 capacity Mrsool Park in Riyadh, which will become his new home after agreeing a deal reportedly worth up to $200 million a year — making him the highest paid soccer player in history.

He said he turned down other offers from different teams around the world. 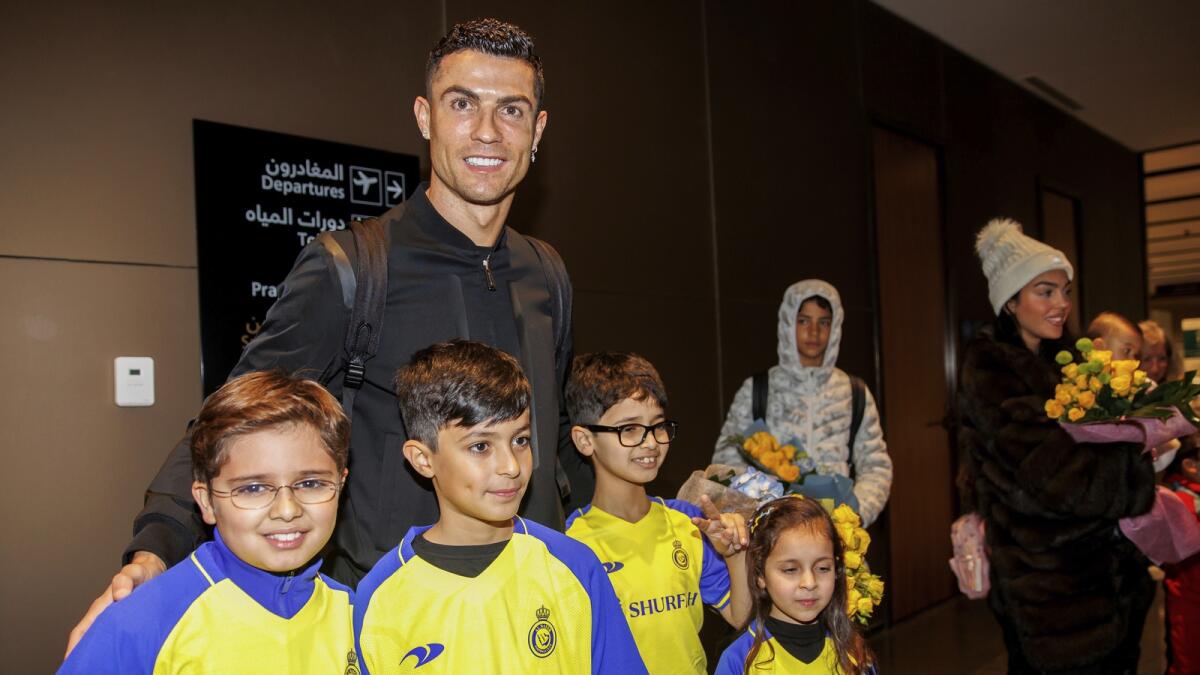 “Nobody knows this, but I had many opportunities in Europe, Brazil, Australia, America, Portugal, many clubs tried to sign me. I gave my word to this club,” Ronaldo added. “I want to give a different vision of this country and football. This is why I took this opportunity.”

Excitement built throughout the day ahead of Ronaldo’s introduction, with fans making their way to the stadium early in anticipation of his arrival.

Large video screens on the exterior walls of the ground pictured him in Al Nassr’s yellow and blue shirt. 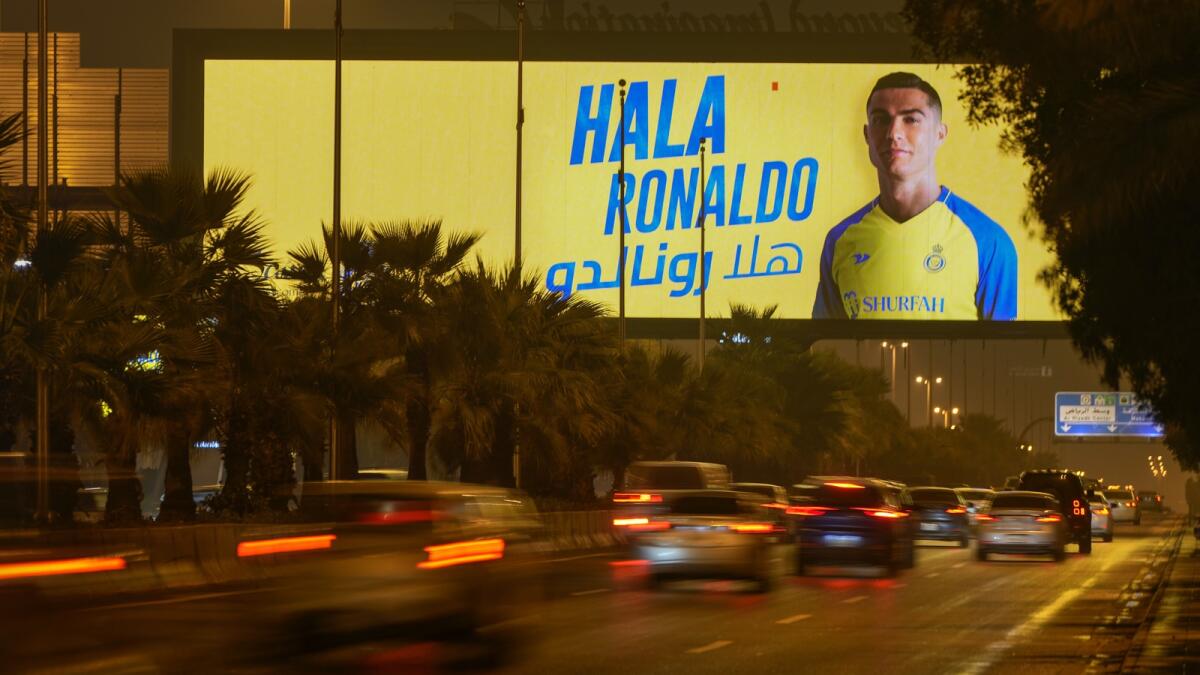 The 37-year-old Portugal international had his contract with United terminated in November after conducting an explosive TV interview in which he criticized manager Erik ten Hag and the club’s owners, the Glazer family.

Al Nassr, the 18-time Saudi champions, made an offer to Ronaldo during the World Cup, which was held in Qatar in November and December. However, the deal was not confirmed until December 30.

Ronaldo flew in to Riyadh’s King Khalid International Airport on Monday night, where he and his family were greeted by fans before undergoing medical tests at Mrsool Park on Tuesday. 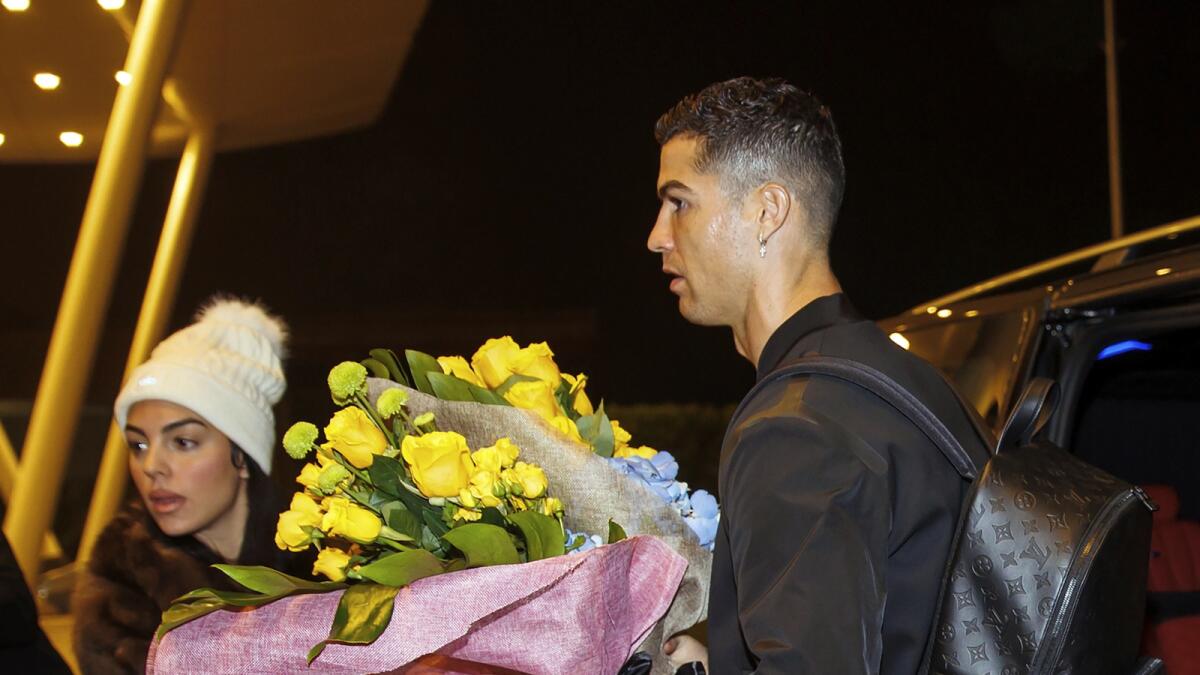 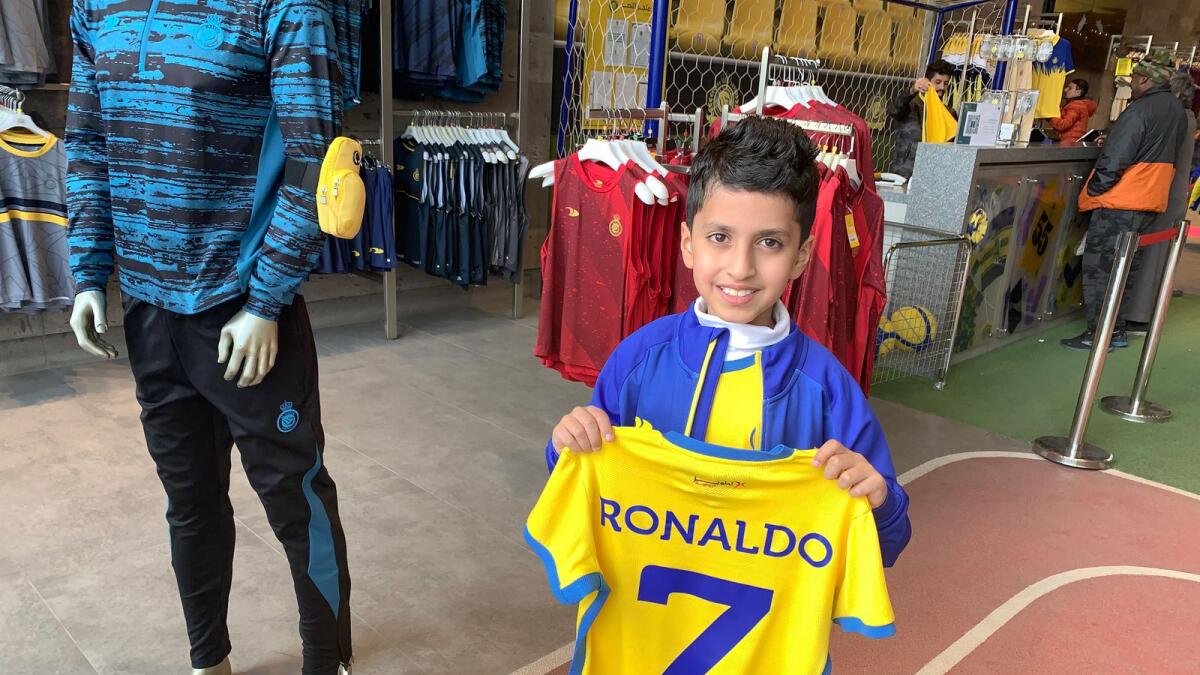 The hugely ambitious transfer is expected to heap unprecedented focus on Saudi soccer ahead of a potential bid to stage the World Cup in 2030, as well as on Al Nassr, which is little known outside of Asia.

For Ronaldo, however, it likely brings the curtain down on his career in elite club soccer.

Last summer he wanted to move to a club that was competing in the Champions League after United failed to qualify for Europe’s biggest club competition.

Despite links with Chelsea, a transfer did not materialise.

He also endured a disappointing World Cup, which saw him dropped by Portugal for its last two games before leaving the field in tears following a loss to Morocco in the quarterfinals.

Ronaldo also only managed three goals for United in 16 games this season, with one of those coming from the penalty spot.

However, there have still been landmarks. 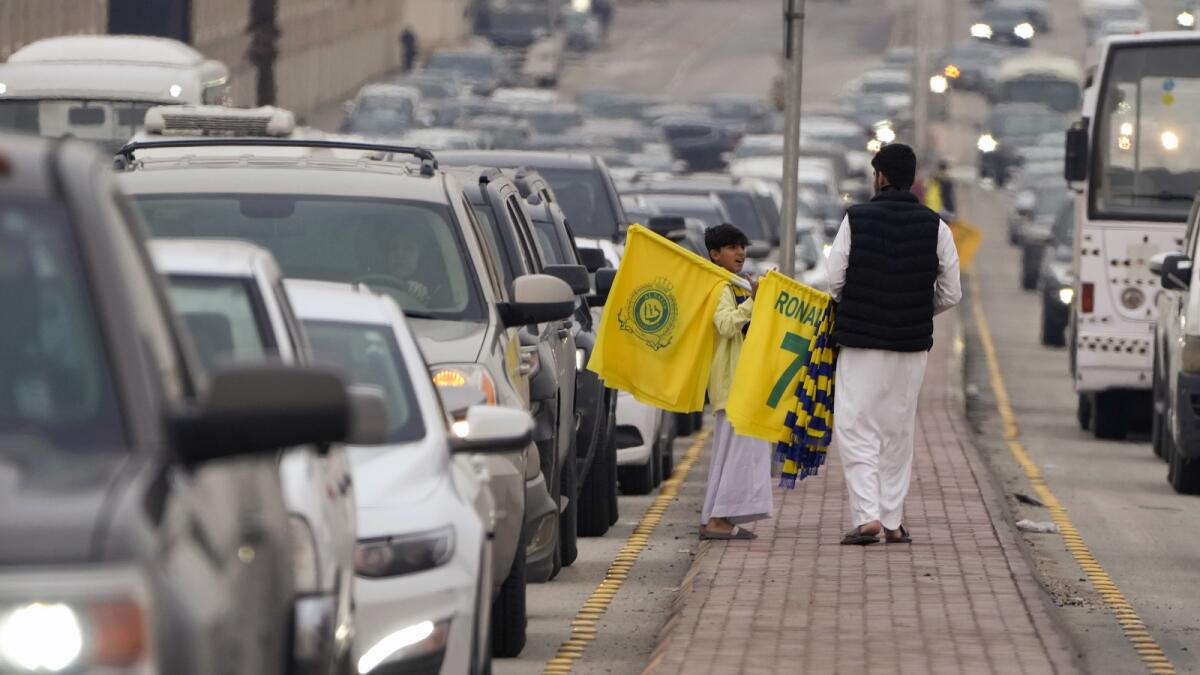 He scored his 700th club career goal against Everton in October and became the first male player to score in five World Cups with his penalty in Portugal’s 3-2 win against Ghana in the group stage.

Ronaldo will aim to win a league title in a fourth different country after winning seven domestic championships in England, Spain and Italy combined.

Al Nassr plays Al Ta’ee on Thursday, but it is unclear if Ronaldo will make his debut so soon after completing his move. 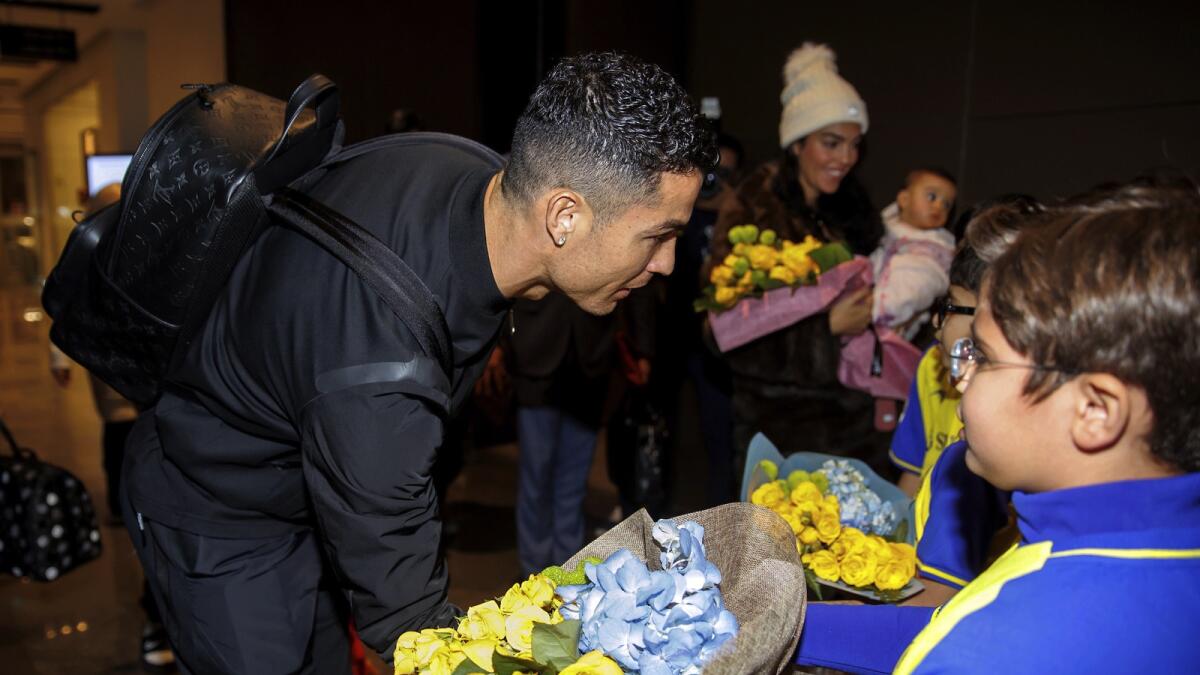