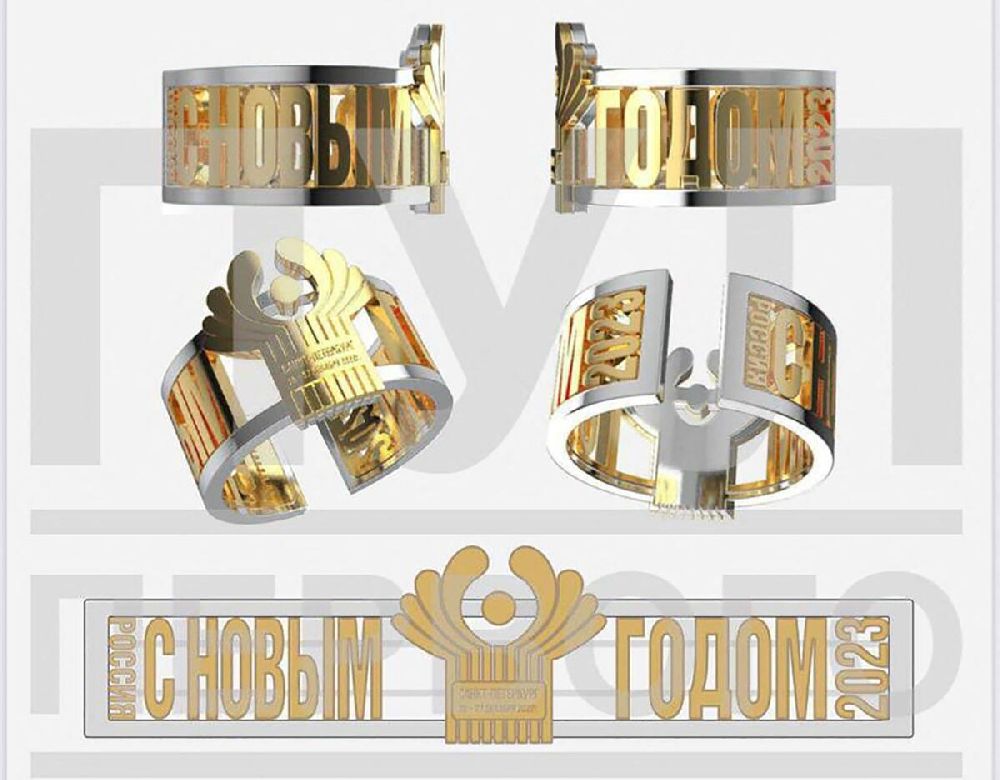 President Vladimir Putin has gifted eight golden rings to Moscow-allied leaders of post-Soviet countries, sparking a torrent of jokes and comparisons with power-hungry tyrant Sauron from The Lord of the Rings trilogy.

During a summit that took place in Saint Petersburg on Monday and Tuesday, the leaders of eight post-Soviet states received golden rings that showcase the emblem of the regional organisation, the Commonwealth of Independent States, and feature the engraved words “Russia” and “Happy New Year 2023.”

Putin kept the ninth ring for himself.

Of the foreign leaders, only Belarus strongman Alexander Lukashenko was pictured wearing the present.

Some political commentators such as prominent political scientist Ekaterina Schulmann said the allusion to the epic fantasy trilogy by J.R.R. Tolkien was intentional.

In Tolkien’s classic, Sauron gives rings to nine kings in order to enslave them and bend them to his will.

Since Putin sent troops to Ukraine in February, the Ukrainian authorities have regularly compared Russia to “Mordor”, the kingdom of Sauron, and Russian forces to “Orcs”, the soldiers of Sauron.

At first glance the gifting of the rings looks like a “fever dream”, wrote Schulmann, a Tolkien aficionado.

“It was of course done deliberately,” she added on messaging app Telegram.

Another political commentator, Yulia Latynina, called the gifts “rings of powerlessness,” an apparent reference to Putin’s growing international isolation over his assault on Ukraine.

“Every state whose ruler puts on this ring will turn into darkness ruled by a madman,” Latynina quipped.

“I think Putin will wear the ring alone. And not for long.”

Wits in Ukraine had particular fun mocking the Kremlin chief.

“Putin got tired of being the Hitler of the 21st century and decided to play Lord of the Rings,” wrote Ukrainian lawmaker Oleksiy Goncharenko.

Kremlin spokesman Dmitry Peskov said there was no need to read too much into the meaning of the gifts.

“It’s just a New Year’s souvenir, there’s nothing special about it,” he said. Putin will not be wearing his ring, he added.