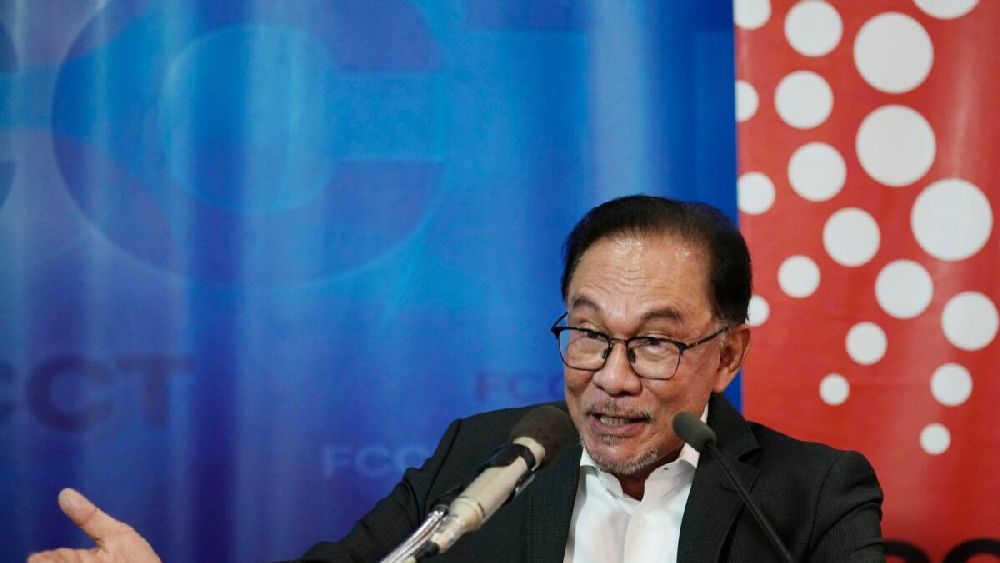 The coalition of Malaysia’s opposition leader Anwar Ibrahim was running neck and neck with a rival bloc led by a former prime minister in a tight election race, vote counts showed early Sunday.

Analysts have warned that the multi-racial country could face further political instability if no group emerges with a clear majority after Saturday’s polls and frenzied horse-trading talks ensue.

One of the biggest casualties so far is former prime minister Mahathir Mohamad, 97, who was roundly defeated in his constituency.

Anwar campaigned on a promise to fight corruption in Southeast Asia’s third-largest economy, where people are struggling with soaring food prices, and where the graft-tainted party of jailed ex-prime minister Najib Razak had been hoping to cement its grip on power.

But official results from the election commission so far showed Anwar’s Pakatan Harapan (Alliance of Hope) coalition in a tight race with Perikatan Nasional (National Alliance) of ex-premier Muhyiddin Yassin.

Voter turnout was high at 70 per cent two hours before polling closed, and those who spoke to AFP said they hoped for political stability and economic improvement.

“I want a strong government and a stable economy so that there will be more job opportunities for the youth,” Nurul Hazwani Firdon, a 20-year-old tutor, said as she went to cast her ballot in the rural town of Bera in Pahang state.

Social media posts showed people lining up in knee-deep waters outside a voting centre in Sarawak state on Borneo island.

One video on Twitter showed an old woman being carried on someone’s back into a flooded polling place.

Najib’s UMNO usually dominates Malaysian politics, but it suffered a humiliating defeat in the 2018 general election after a massive corruption scandal at state fund 1MDB.

The former prime minister, who was at the centre of the 1MDB storm, is currently serving a 12-year jail term.

Because of infighting in the two successive governments since 2018, UMNO crept back into power last year despite lingering corruption allegations, and is seeking a stronger mandate from the election — called 10 months ahead of schedule.

With age catching up, this may be Anwar’s last chance to fulfil his long-standing dream of leading Malaysia.

“A win today would certainly be gratifying after more than two decades of fighting to win the hearts and minds of the people,” Anwar, 75, told AFP before casting his vote in Penang state.

He added he was “cautiously confident” that his coalition could secure enough numbers to form the next government.

Caretaker Prime Minister Ismail Sabri Yaakob, from the ruling coalition, called for unity as he cast his vote in Bera.

“I hope the voters will choose a government that can guarantee security and stability,” he told reporters.

A record 945 candidates were vying for parliament seats across the largely Muslim nation.

Corruption was a key issue during the campaign, with opposition parties repeatedly warning that if UMNO wins, Najib could walk free and graft charges against other party leaders could be dropped.

The 1MDB scandal — in which billions of dollars in state funds were diverted to Beverly Hills properties, a superyacht, a Hollywood film and Najib’s own bank account — sparked investigations in Singapore, Switzerland and the United States.

A survey by pollster Merdeka Centre on the eve of the elections showed Anwar’s coalition winning 82 seats of the total number of seats contested, and 33 percent favouring him as the next prime minister.

There were supposed to be 222 seats at stake, but two candidates died and voting in one district was suspended due to bad weather.

Merdeka analyst Ibrahim Suffian told AFP it was “still possible for Anwar to achieve a simple majority” given the large turnouts in the final days of his campaign.

Malaysia lowered its voting age from 21 to 18 last year, a move that added six million voters to the rolls for this election.

The majority of registered voters, however, live in Malaysia’s rural areas where the patronage politics dominated by UMNO still hold sway.