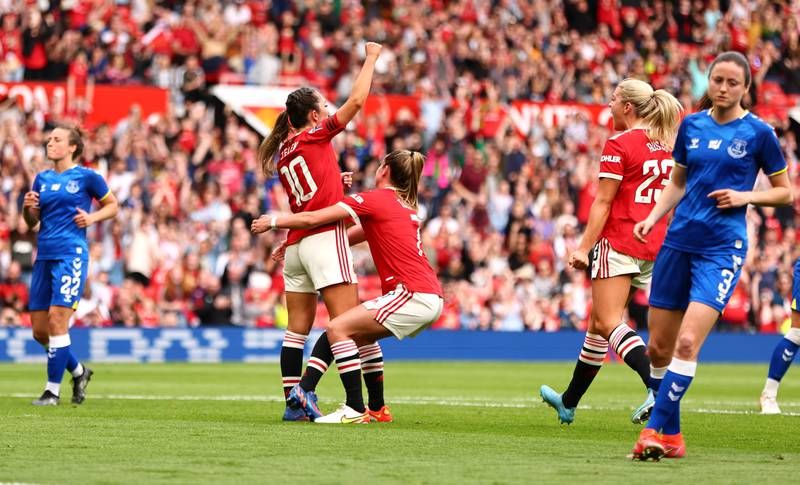 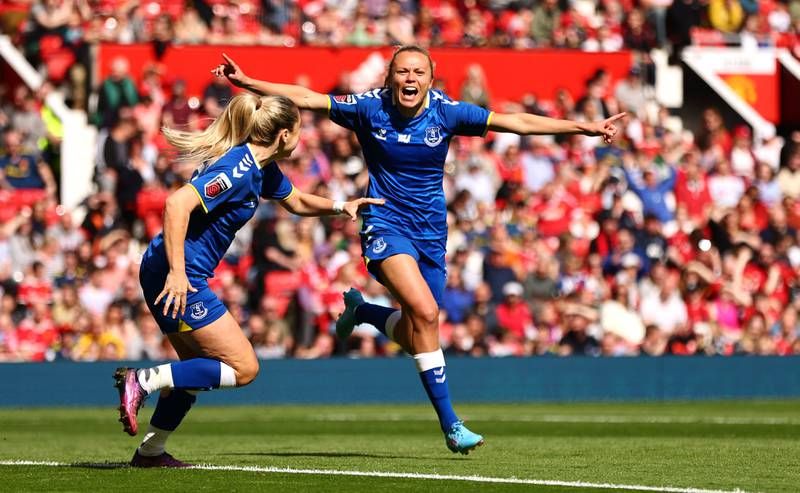 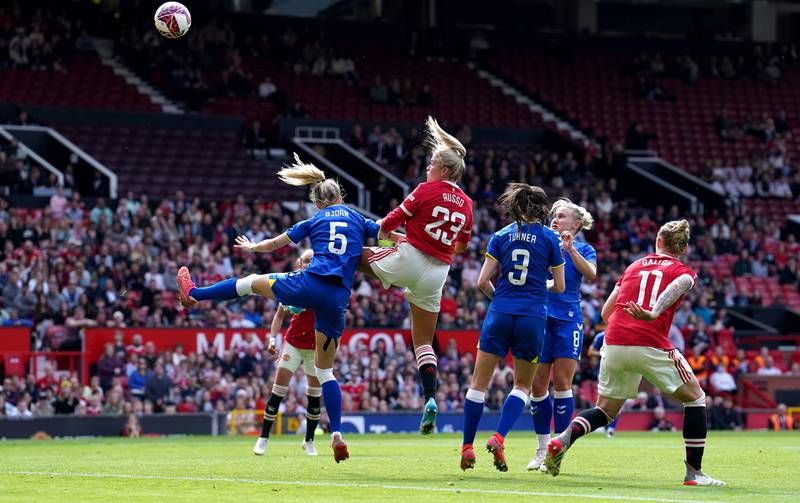 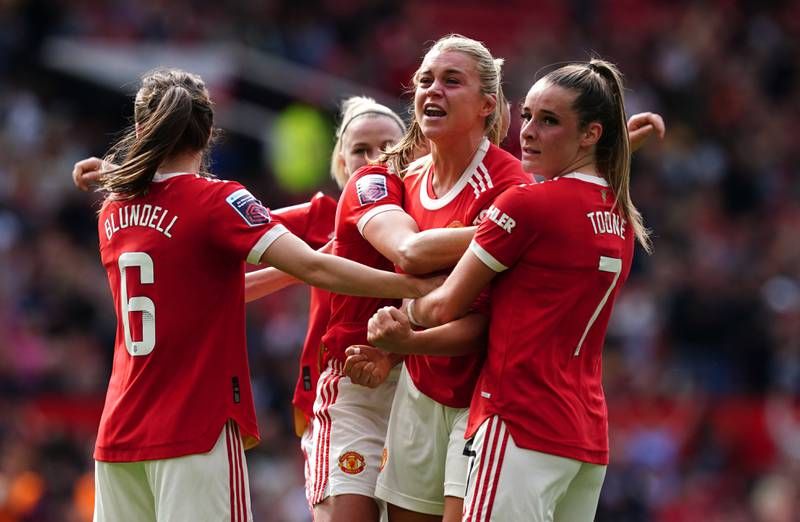 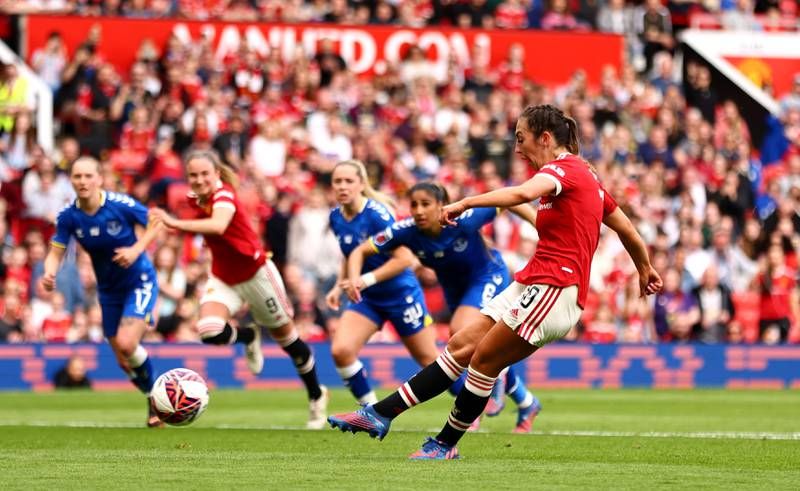 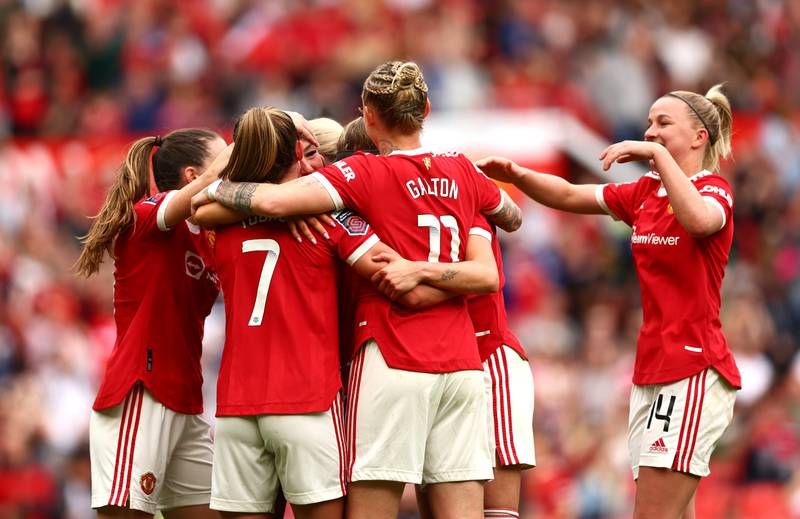 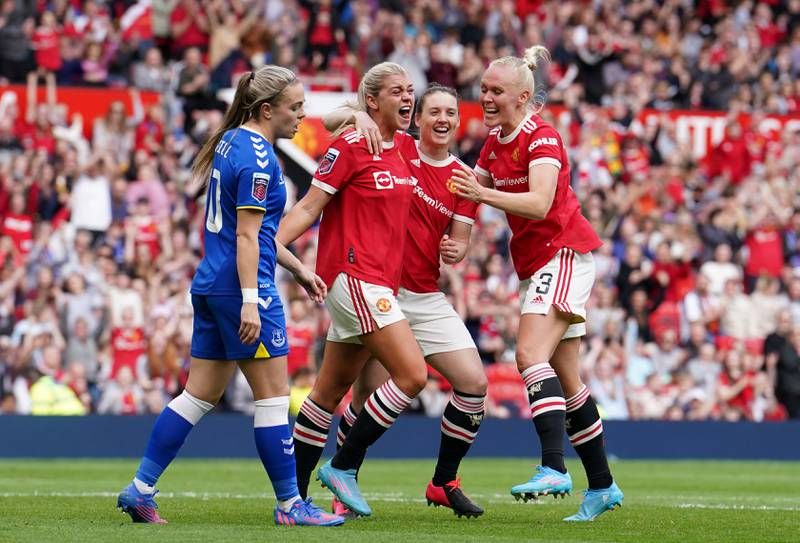 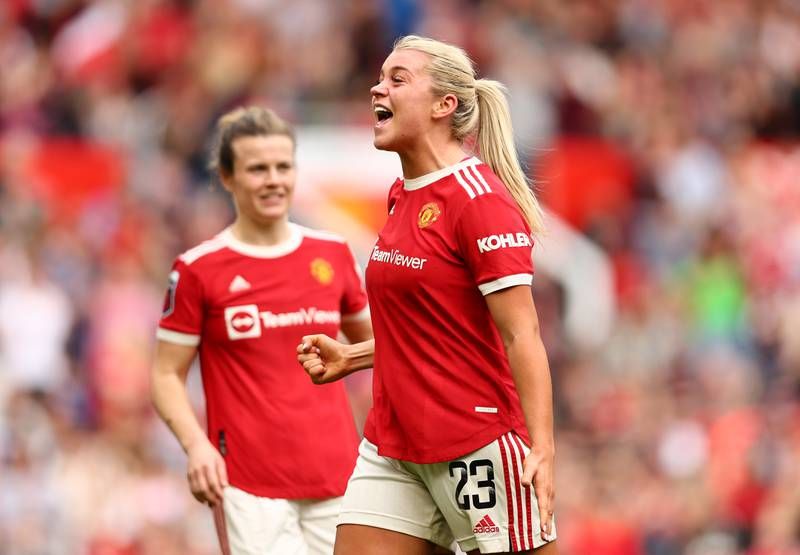 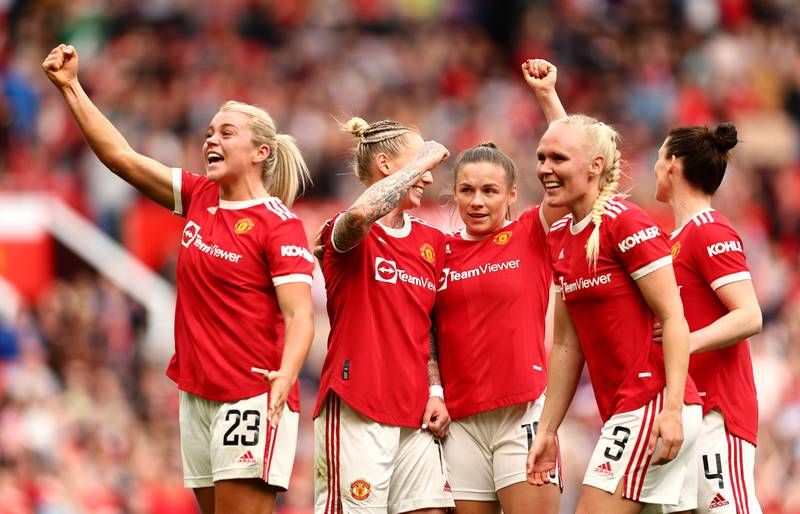 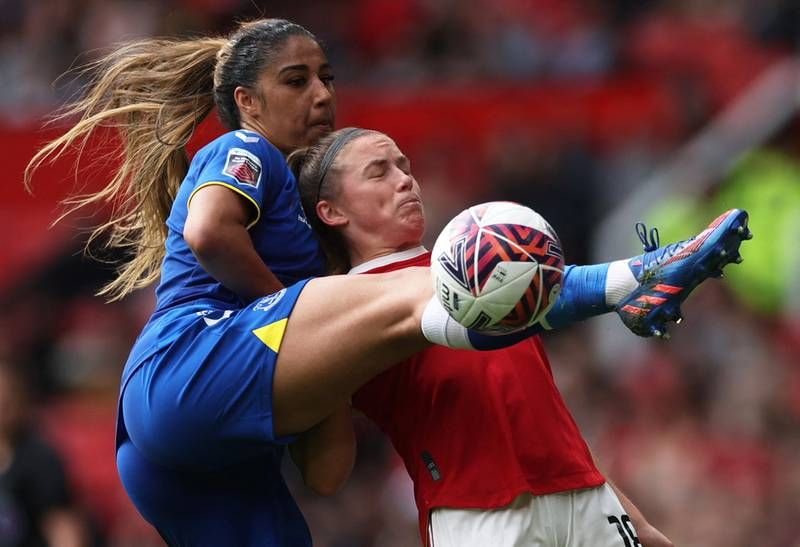 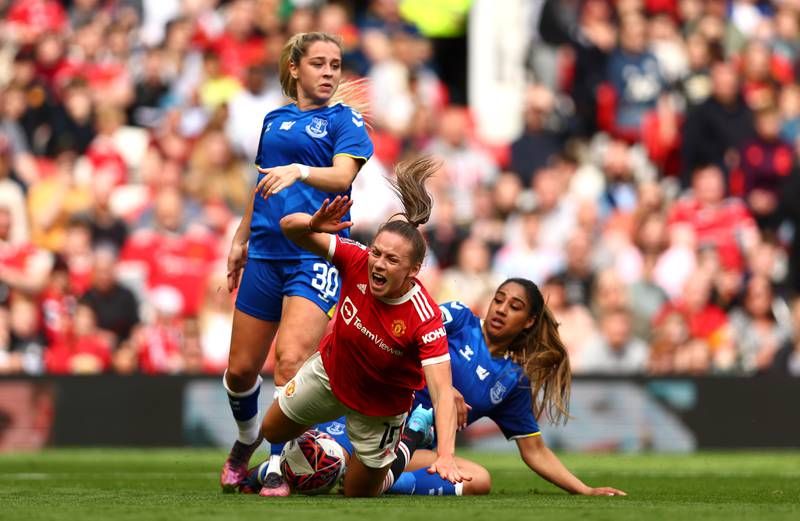 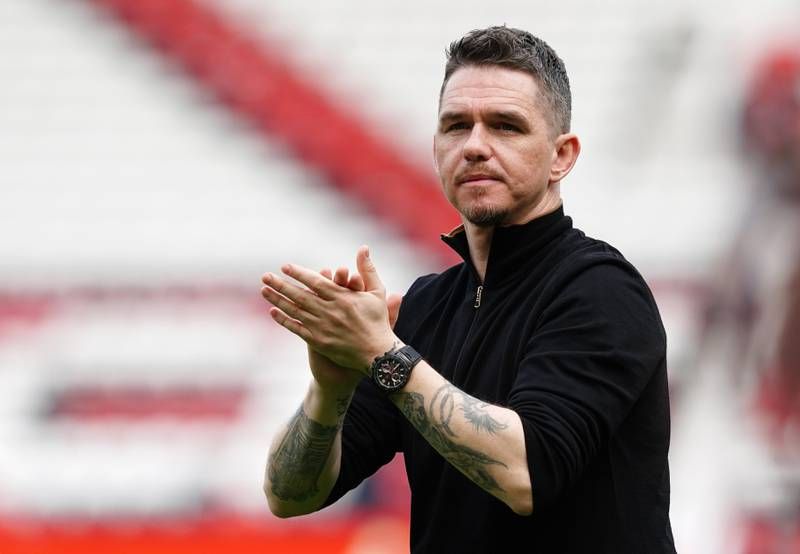 Katie Zelem of Manchester United celebrates with teammates after scoring their second goal from the penalty spot in their 3-1 Women’s Super League victory over Everton at Old Trafford on March 27. Getty

More than 20,000 people turned up at Old Trafford to watch Manchester United in the first Women’s Super League match played in front of fans at the famous stadium.

United made their debut at Old Trafford against West Ham last year but Covid restrictions meant it was played behind closed doors.

Manager Marc Skinner said he was proud of his players after the 3-1 win against Everton, fighting back after going behind to Claire Emslie’s early goal. 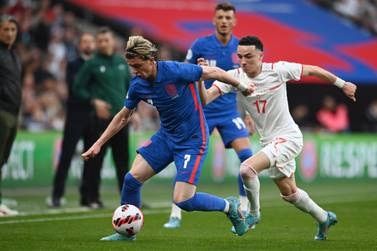 He said: “We didn’t get to the speed of the game quickly enough but we’re human. To say we felt the emotions in the first part would be fair. Almost the best thing Everton did was to score because it kind of kick-started us.

“I don’t want rubbish clichés but I think women’s football won today. I think it shows the magnitude and impact this club can have in growing the game. That for me is a wonderful thing.”

Fittingly it was two United fans who were on the scoresheet, with Alessia Russo netting with headers late in both halves, while captain Katie Zelem scored a penalty shortly after half-time to put United ahead.

“I tried to speak to Zel afterwards but, for her to score a penalty in the Stretford End, and then for Alessia to score as well when she’s probably got a million dreams of that happening, what a wonderful way to seal a dream,” said Skinner.

“But what we’ve got to make sure is we capture this moment but we have to use it as a projection point to continue the growth so that this is not a one-off. Our club is going to be a key part in helping develop and push women’s football forwards.”

The crowd was easily United’s biggest for a home match, with their typical attendance at their regular home of Leigh Sports Village closer to 3,000.

Skinner knows growing the fan base will not happen overnight, saying: “I hope they come to support us at Leigh as well and I think that’s important.

“But to have them here, to play in front of them – it wasn’t a full, complete performance of course – but hopefully they go away proud of their team today. Because I certainly am, and I’m proud of them for turning up.”