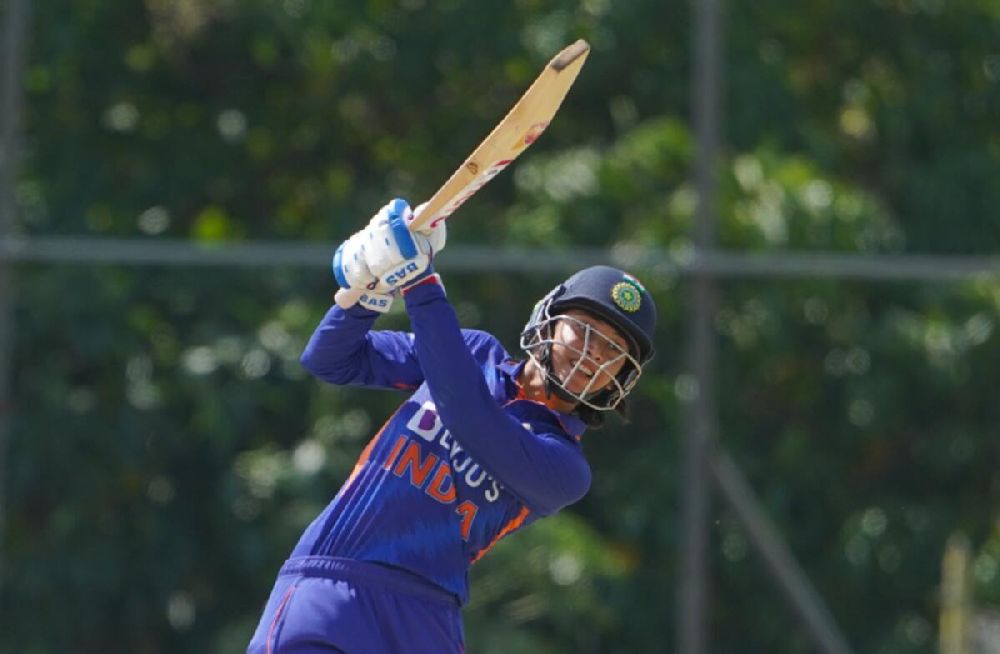 Chasing 228, India reached home in the 45th over, thanks to Mandhana’s 91 and captain Harmanpreet Kaur’s unbeaten 74 off 94 balls.

But the star of the chase was Mandhana who enthralled the crowd with her graceful shots against the home team.

“I would’ve enjoyed it better with a not-out at the end. Thanks to the supporters for coming out, happy to put out a show for them,” Mandhana said.

Earlier, India restricted England to a paltry score of 227 at the end of 50 overs after inviting the hosts to bat first.

The Indian bowlers made merry throughout the innings taking wickets regularly ensuring the England batters don’t stitch a big partnership.

Indian bowlers made quick inroads into the batting of the English line-up not allowing the hosts to make use of the powerplay overs.

India struck in the eighth over after Meghna Singh dismissed Emma Lamb for 12, drawing first blood.

Veteran Jhulan Goswami found Tammy Beaumont (7) plumb in front of the wickets to send her back to the pavilion cheaply leaving England tottering at 21/2 in the ninth over.

Goswami. playing in her farewell series, came up with impressive figures of 10-2-20-1.