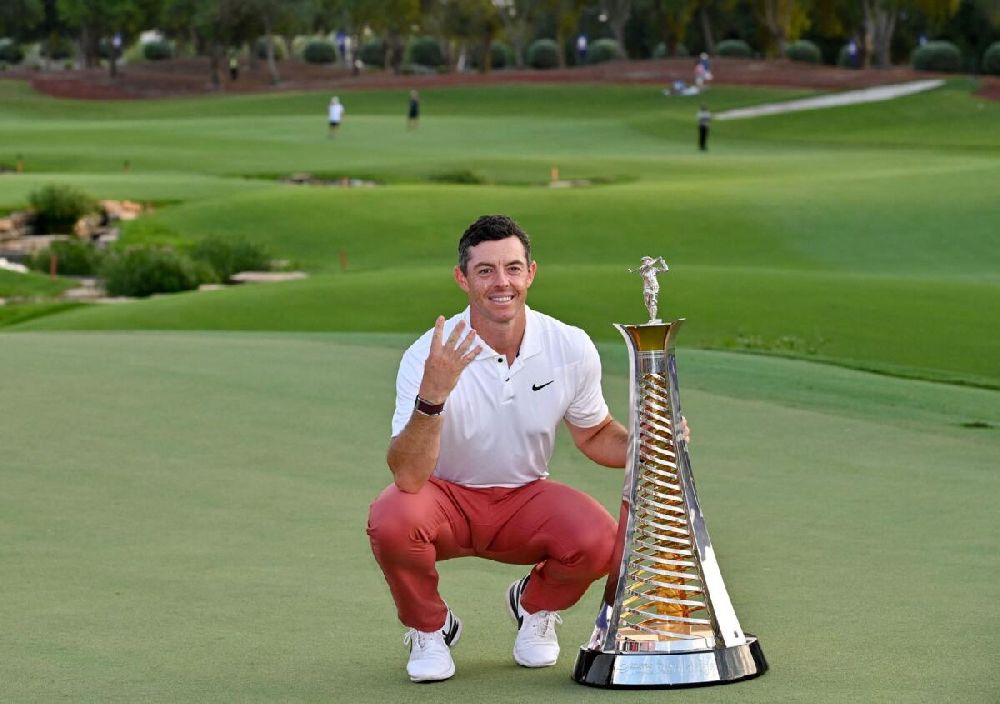 Northern Ireland’s Rory McIlroy cemented his place as the European number one by winning the Race to Dubai for the fourth time in his career on Sunday with Spain’s Jon Rahm sealing a third DP World Tour Championship.

World No.1 McIlroy, 33, closed with a four-under-par 68, which was good for a solo fourth place and clinch the Race to Dubai crown after a gap of seven years.

McIlroy emulated Henrik Stenson, the only other golfer to win the FedEx Cup and Race to Dubai in the same season in 2013.

With England’s Matt Fitzpatrick and New Zealand’s Ryan Fox unable to win the tournament, the path became easier for McIlroy when he finished ahead of both players.

“This means a lot. Obviously, this is my fourth one, but it’s been a while. I’ve won three FedEx Cups since the last time I won The Race to Dubai,” said McIlroy.

“I was a model of consistency the whole way through the year. A lot of top finishes. I think my worst finish of the European Tour events I played this year was 12th at the start of the year in Abu Dhabi.

“Would have been nice to get one win in there at the end of the year here. But Jon obviously played an incredible tournament and fully deserved it.

Rahm, who turned 28 this month, started with three straight birdies and even though he followed up with a bogey on the fourth hole, there was never any question about his dominance as a five-under par 67 round gave him a two-shot win with a 20-under par total.

For Rahm it was also a record fifth Rolex Series title for the world number five, who will not move from his current world ranking. The win came with a cheque of $3 million.

The Spaniard, making his fourth appearance at the Earth course of Jumeirah Golf Estates, dropped just four shots over the whole week, he certainly wasn’t happy with the way he drove the ball, especially in the last two rounds.

On Sunday, he had to hit at least three magical recovery shots – including one on the first and another on the 18th.

“This feels very special. I said that I feel like I’m defending the title from three years ago because I couldn’t come and defend. Very proud of myself for that and how well I’ve done, especially on the weekend,” said the 2021 US Open champion.

“It’s pretty unusual for me to win a tournament driving it as bad as I did. To have the other parts of my game carry me to my win, it’s something special.

“I managed it really well, and I felt really comfortable on the greens and made a couple of clutch putts. For a year where I’ve been hearing how ‘bad’ my putting has been, it feels amazing to get it done like that.”

The 2022-2023 season of the DP World Tour starts next week with a doubleheader – the Joburg Open in South Africa and the Australian PGA Championship in Brisbane.