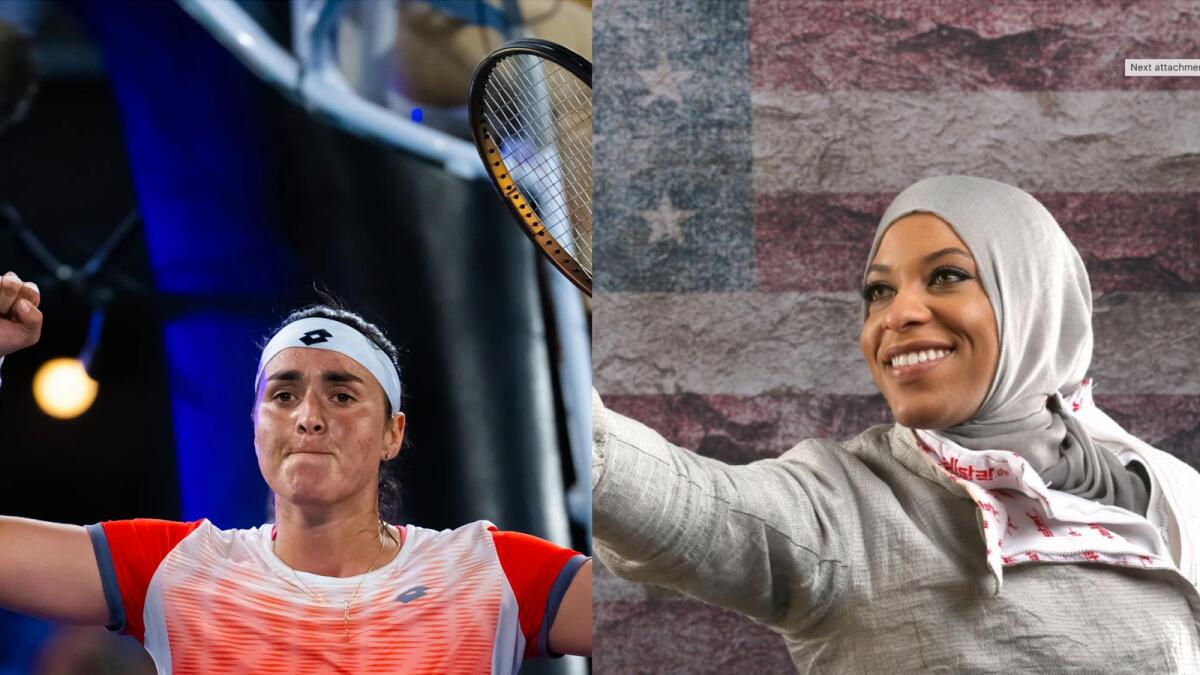 Tunisia’s Ons Jabeur made history last year when she became the first Arab player to reach a Grand Slam final. Jabeur reached back-to-back Slam finals at Wimbledon and the US Open.

But more importantly, Jabeur is at the forefront of many successful Muslim achievers who are excelling in their chosen sport in their Islamic environment.

A winner of the 2019 Arab Woman of the Year Award, Jabeur has campaigned tirelessly to protect Muslim women and Islam in a positive light, through sport.

But she is not doing this alone.

There is a clutch of highly-motived women athletes including Pakistani-American weightlifter Kulsoom Abdullah, Egyptian beach volleyball star Doaa Elghobashy and her compatriot Aya Medany, a pentathlete and Olympic fencer Ibtihaj Muhammad whose mission is to empower women and girls through sports, irrespective of their religion, values, and choice of clothing.

Here are the four athletes making the difference. 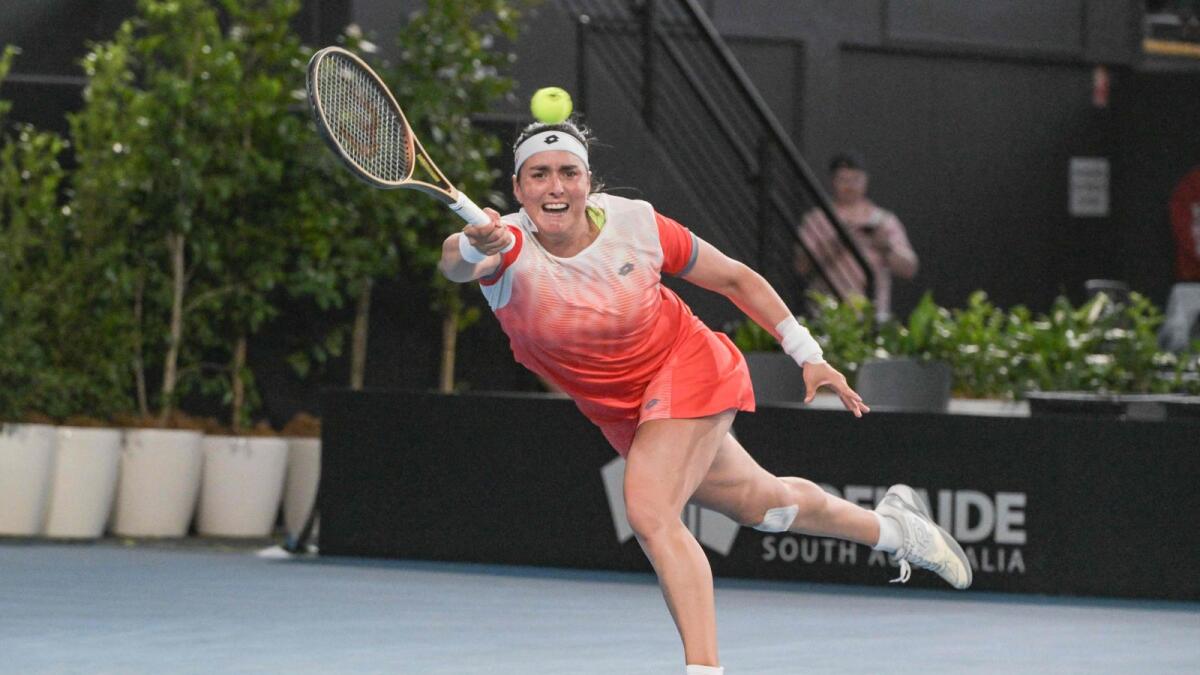 The out-spoken Tunisian who has steadily risen up the women’s ranks. In what was a breakthrough year when she became the first North African, Arab, and Tunisian woman to reach a Grand Slam final, Jabeur was also invited by the legendary Serena Williams to partner her in the women’s doubles at a WTA event in Eastbourne.

Speaking about the challenges she had to confront en route to her present position, Jabeur told media at the US Open: “I feel like you should always have difficulties to be stronger, to be here one day and face the best tennis players in the world.

“I hope I can send a powerful message that if I have made it here, everybody can make it here. Especially women from the Middle East, from the Arab world.” 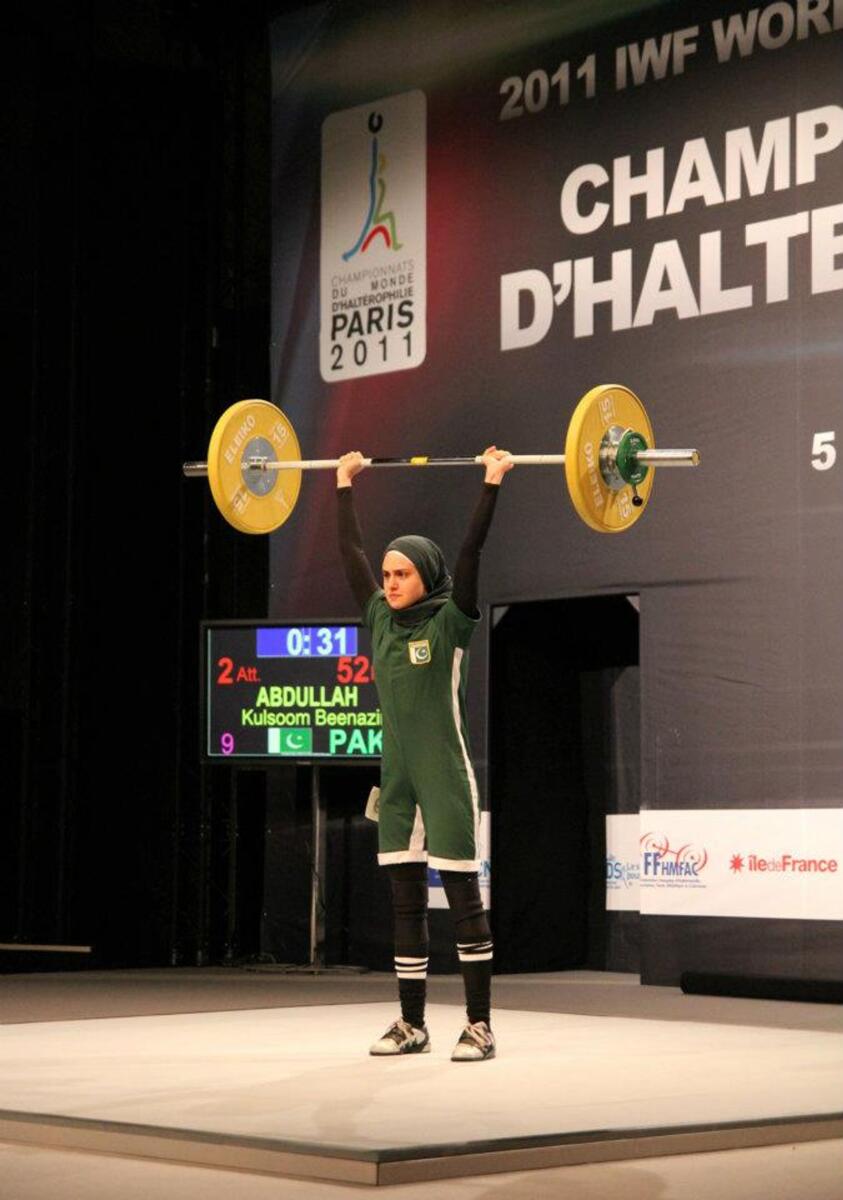 A Pakistani-American weightlifter, Abdullah is the first female weightlifter to represent Pakistan at an international event when she competed at the 2011 World Championships. The same year she made even more history when she participated in the American Open Weightlifting Championship wearing a hijab (head scarf) and with covered arms and legs.

Abdullah, who would become a voice for Muslim women in sports. She once said in a blog published by Elegant Times: “I only started having goals when I started competing and started improving. I never thought about Hijab.

“Whatever you do, people can criticize you, so just go for it. If I were going to hesitate I never would’ve walked into a gym for weightlifting, whether I’m a Hijabi, whether I’m a Muslim woman, even just a woman who dresses like the average person dresses.” 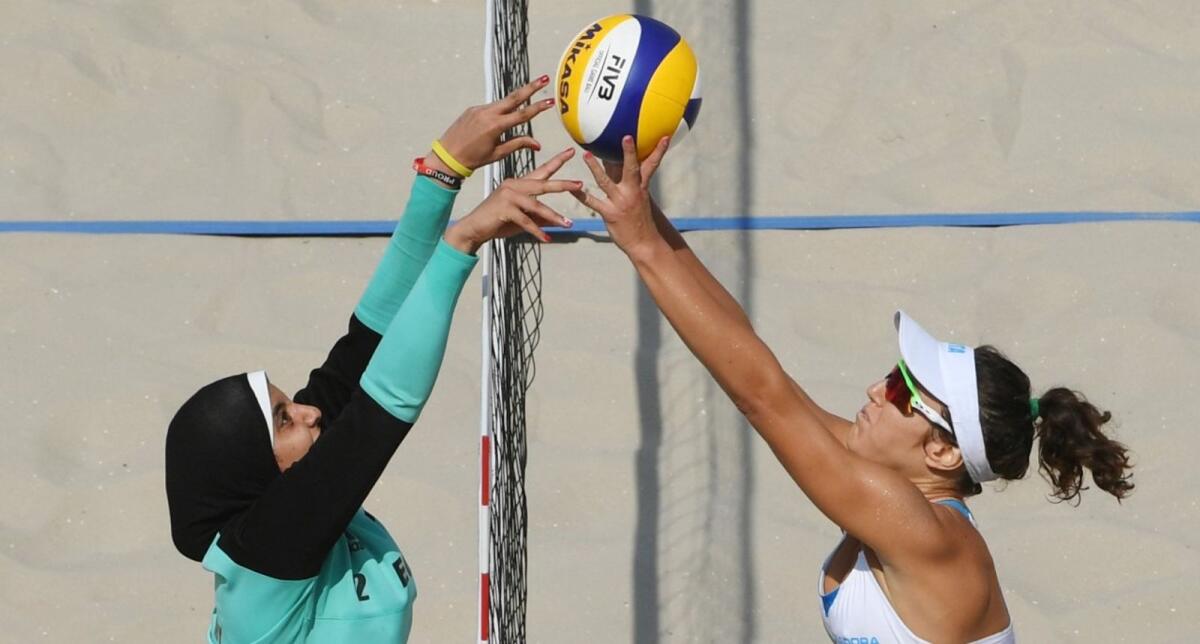 Elghobashy has been training to make Egypt’s Olympic beach volleyball team after she and her teammate became the first Egyptian women to compete in Beach volleyball at the Olympics in 2016.

She made her Olympic debut in 2016 in Rio De Janeiro where she was permitted to wear a hijab and become the first hijabi athlete to do so.

“I have the right to play sports in whatever I feel comfortable in,” she told CNN Sports.

“The hijab is part of me. At the end of the day, it’s a sport, and I’m not a model. I’m an athlete and people should focus more on my athleticism than my choice of clothes.” 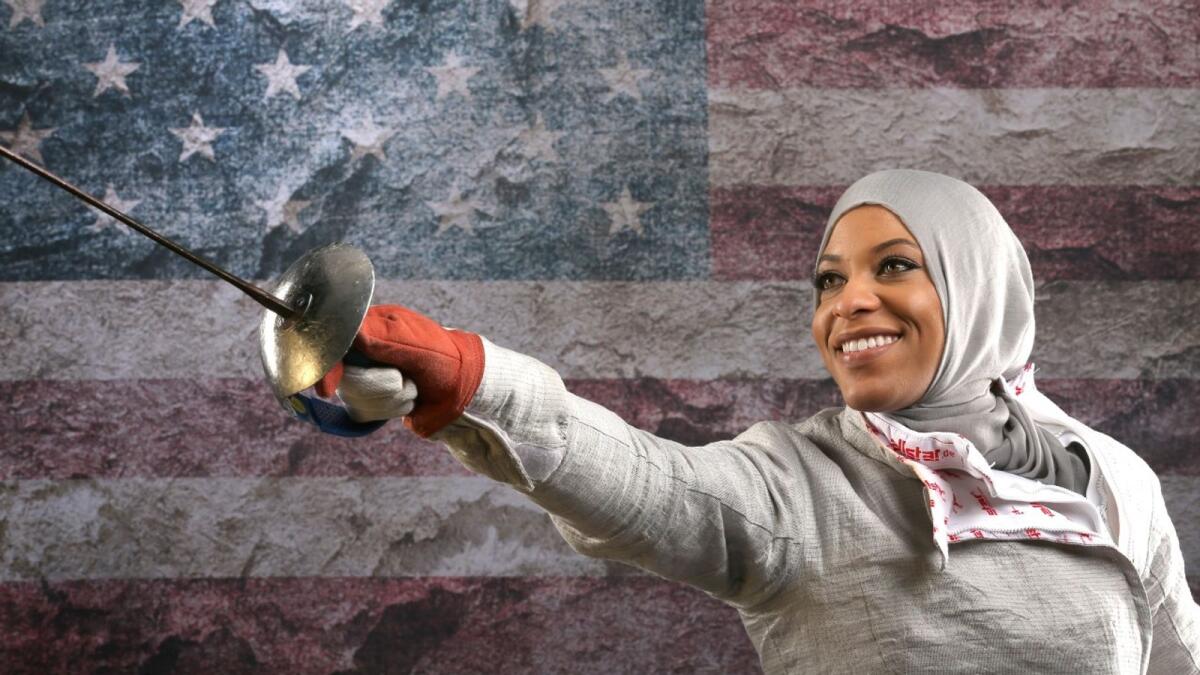 Three-time NCAA All-American and Olympic bronze medallist in fencing, Muhammad originally faced discrimination because of her conservative choice of sportswear in athletics or tennis.

But when her mother found that it was easier to design fencing outfits for her daughter that would conform to Muslim values, Muhammad grabbed the chance to pursue a career as a fencer.

“She (her mother) saw this unique opportunity for me to participate in a sport as a Muslim kid without having to run to Modell’s or Dicks Sporting Goods to add something to the uniform like I did in track and field or in tennis,” she recalled.

Muhammad, who was once ranked as high as No 2 in the United Stakes and No 7 in the world, famously promotes the Nike Pro Hijab.