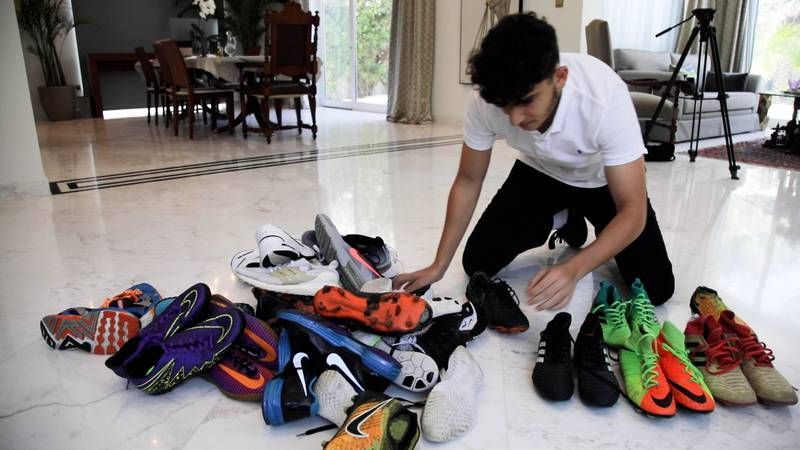 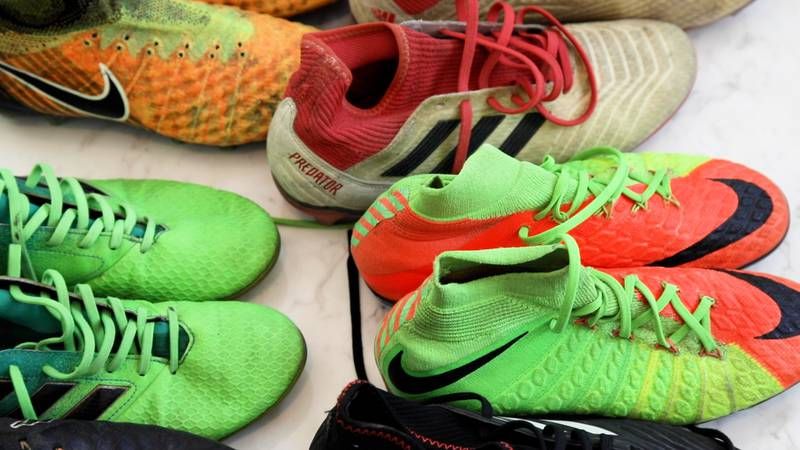 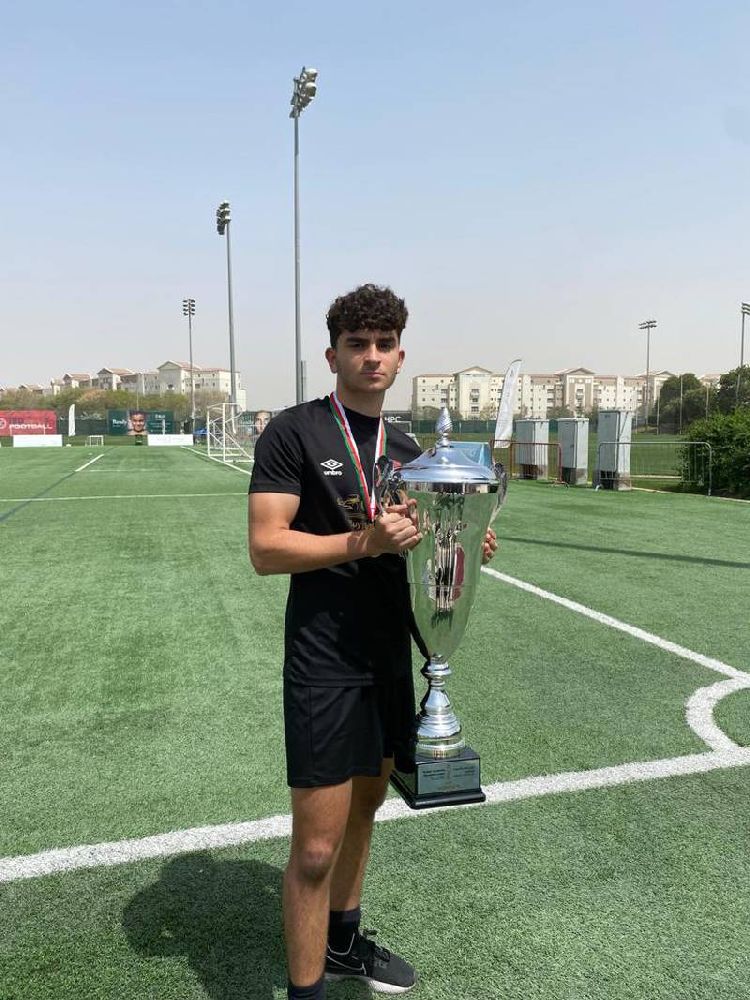 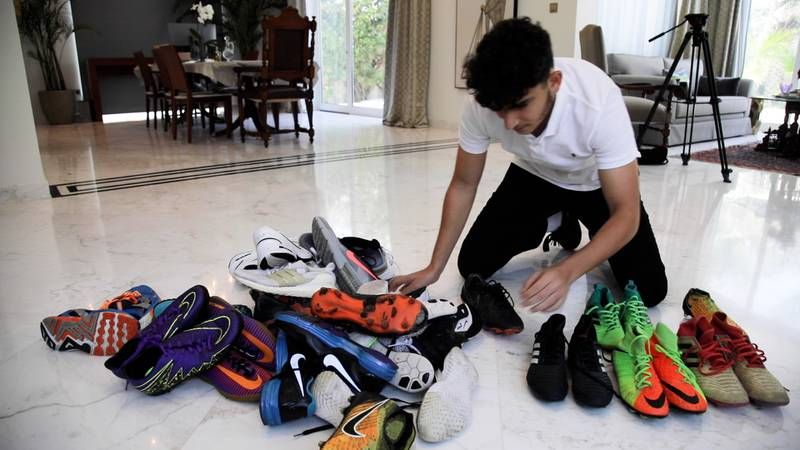 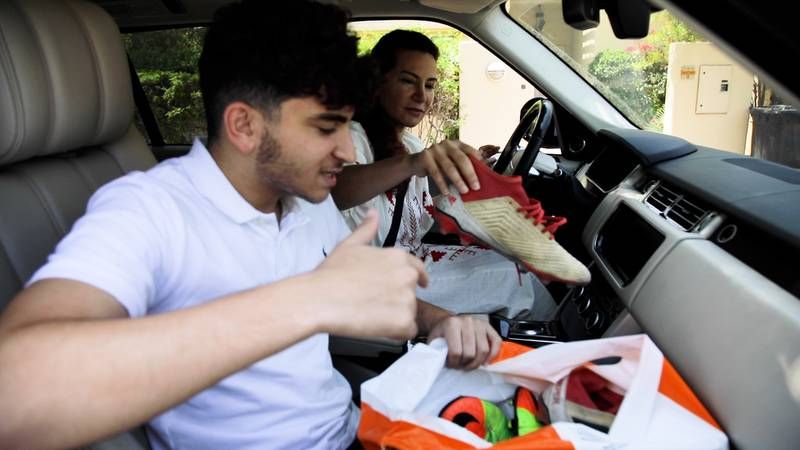 A 17-year-old pupil in Dubai has collected and donated 231 pairs of used football boots to children who cannot afford them but who love to play the beautiful game.

Ahmad Ghandour, a Year 12 pupil at Nord Anglia International School, said a recent summer holiday to his home country Lebanon “broke his heart” when a young child at a refugee camp came up to him to ask if he could borrow his boots.

“This little child asked me if he could borrow my [boots] to play football with his friends. I was baffled; it was my first time experiencing something like that. So I just vowed to make a change,” Ahmad told The National.

Ahmad said he and his cousins were at the refugee camp to teach some children, and were shocked beyond words when they saw many of them had no boots to wear.

“I began talking to them and they told me they couldn’t afford [boots], that they were not within their reach. And that just broke my heart,” he said.

Ahmad was so moved by the children’s plight that he decided to help them.

Over the past year, he has been collecting boots and sending them as gifts to refugee children in Lebanon.

His enterprising initiative first began as a word-of-mouth affair, followed by social media messages, he said.

Ahmad has set up a website, onekickaway.com, where he urges people to make donations, especially of old and used football boots and trainers.

“My father and I were brainstorming ideas for a name for the website, but we were blank,” he said.

“On the same day, we went for a car ride, and there was this song on the radio. It was called One Call Away. And I thought that was probably a good title. Then I started thinking about that. First, I thought something like, One Shoe Away, but then we decided to go with, One Kick Away.”

On April 7, The National accompanied Ahmad and his mother as they drove around Dubai to pick up boots from his friends.

This fills her with pride, but also provides an opportunity to spend some quality time with her son, she said.

“I am his Uber and for free,” Ms Daher said jokingly, as her son gave her services a ‘five-star’ rating.

“This is the only time where we can see each other properly, where we spend quality time,” she said.

In March, she travelled to Lebanon with the first set of 231 boots, all donated by people in the UAE.

Ahmad showed The National a few videos on his phone which his mother had made while distributing the boots among the refugee children at Lebanon’s Malaak NGO.

Read More'I saw an opportunity to transform children's lives, but also spread the love of cricket'

The short clips were full of joy.

“Thank you, Ahmad, for letting us play football,” chanted the children, as they tried on the boots.

“The idea was fuelled by his love for football, as well as a desire to help the victims of the ongoing financial and societal crisis in Lebanon,” reads Ahmad’s website.

“I feel like this [initiative] is like a needle in a haystack. And I want to build on this and take this as a learning initiative and hopefully start some more things like this,” Ahmad, who is a defender for The Football Academy in Dubai, said.

The teenage philanthropist is now collecting more boots and plans to send another batch to Lebanon as soon as he has enough.

“One of my main goals and ambitions through this is that one of [these children] might pursue football later on in their career. I don’t know, but maybe I will make the next Ronaldo or Messi. That’s kind of like my dream,” he said.