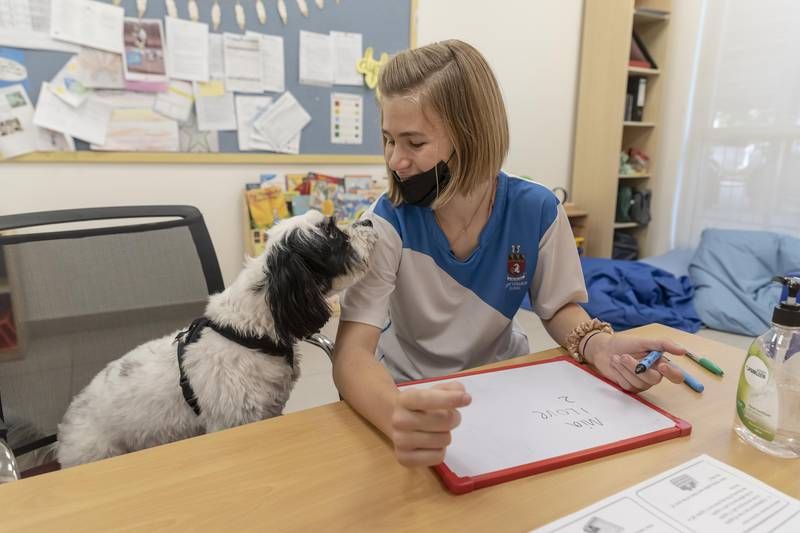 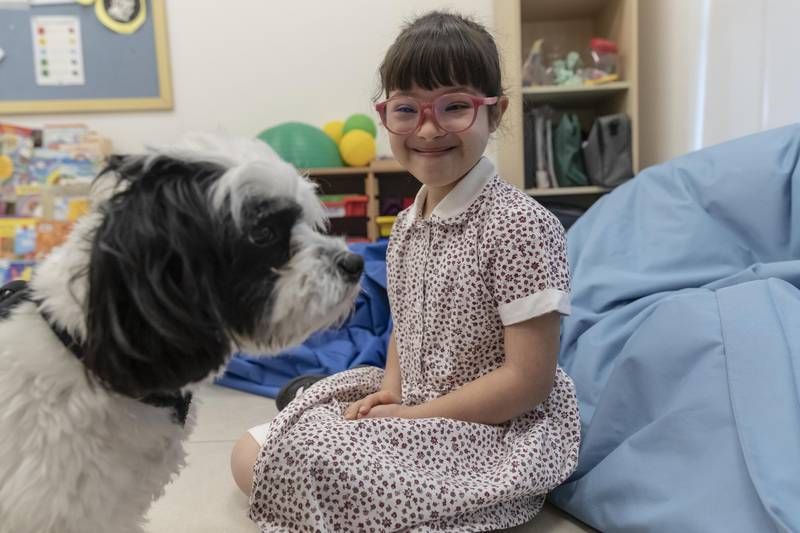 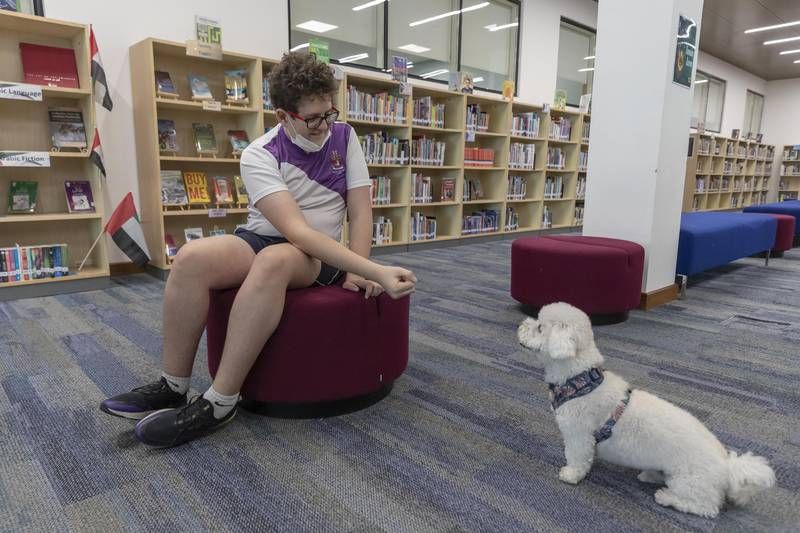 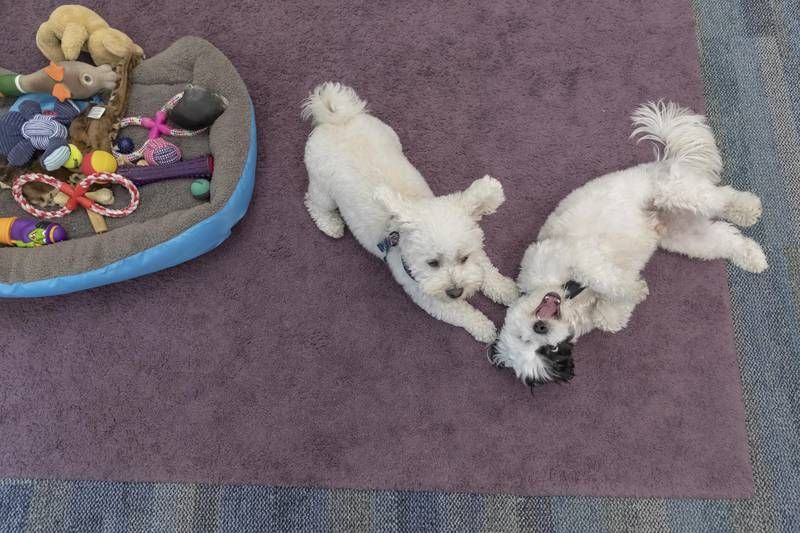 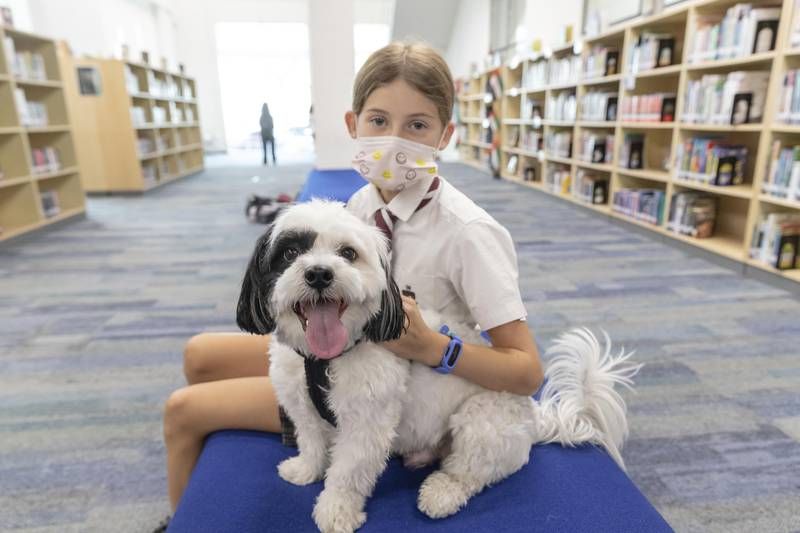 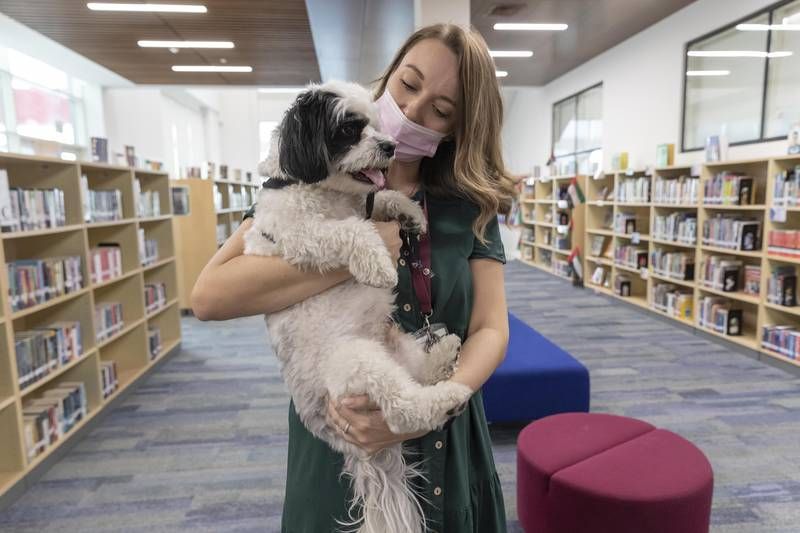 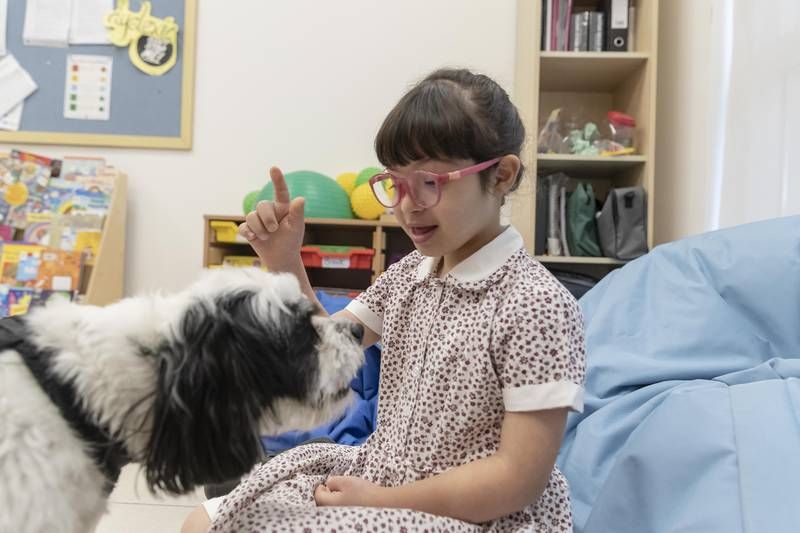 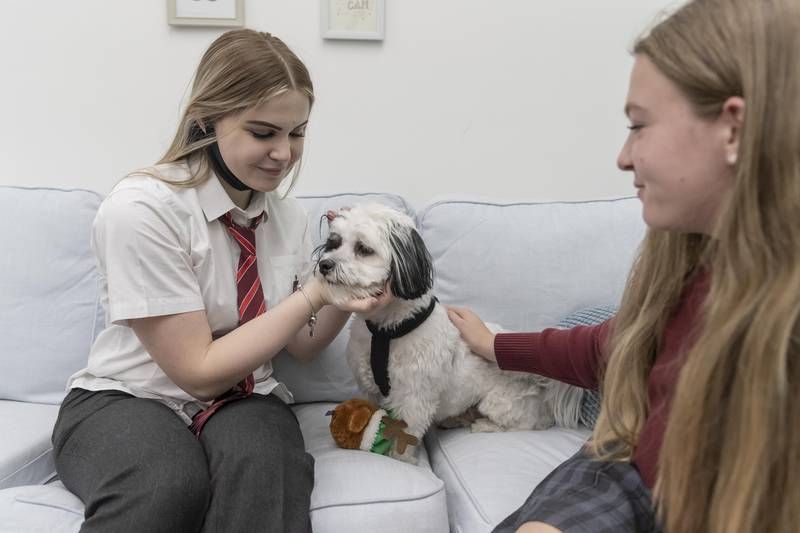 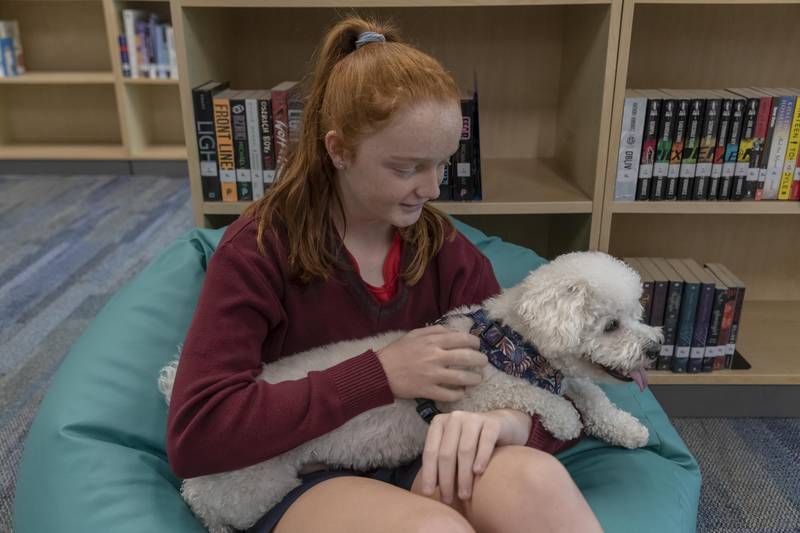 Mia Holmes, 11, from Kent College, is joined by Ziggy the wellbeing dog during one of her sessions. All photos: Antonie Robertson / The National

Schoolchildren in Dubai are being helped to keep stress and anxieties at bay by four-legged classroom assistants.

Well-being dogs Ziggy and Marshall have proved a hit among staff and pupils at Kent College Dubai, where they aid the development of children with special educational needs in one-to-one sessions.

Ziggy, a Shih Tzu-Havanese cross, was first brought to Kent College as a puppy by owner Carmella Jodrell, head of junior school, in January 2020.

On-site four days a week, Ziggy and Marshall — both hypoallergenic dogs — also engage with pupils during well-being walks around campus and in supported counselling sessions.

“There is so much heightened emphasis nowadays about mental health and well-being in young people and globally we have seen an increase in the use of therapy or well-being dogs in school,” Kayleigh Hutchison, special educational needs co-ordinator at Kent College Dubai, said.

“For my master’s degree, I had to do a research project. I work a lot with children who are on the autism spectrum, so I decided to focus my research on the effect that dogs have on children — especially those with special needs.

“I used three pupils as a case study and I found that over time, the words they used in each session increased enormously, as well as their eye contact.

“Monitored over a six-week period, each child had two one-on-one, 20-minute sessions a week with Ziggy. All three showed signs of improvement in confidence as a result.”

During observations in the first session, Ms Hutchison said pupil A initiated no conversations with the teacher, used 16 words, and failed to make any eye contact.

During the final observation at the end of the six weeks, pupil A initiated four conversations during the 20-minute session with Ziggy, used 25 words, and gave eye contact on eight occasions.

Similar observations were recorded for the two other pupils taking part.

Ms Hutchison said research has shown that for a child on the autistic spectrum, a dog not only provides therapeutic benefits, but also supports other positive behavioural changes.

“One of the main barriers children with autism have is their social skills,” she said.

“But there is something about a dog that is extremely non-judgemental. You always know what you’re going to get with a dog and that creates an element of safety for the child.

“Our dogs listen to instructions and that makes the child feel heard.

“In contrast, you don’t always know what you’re going to get with a person because they have changing emotions and reactions, which can be overwhelming for an autistic child to manage.”

Unstructured play is where the magic happens

During school hours, Ziggy and Marshall ― who are best friends — interact with pupils throughout the school in short spurts so as to not tire the dogs out. 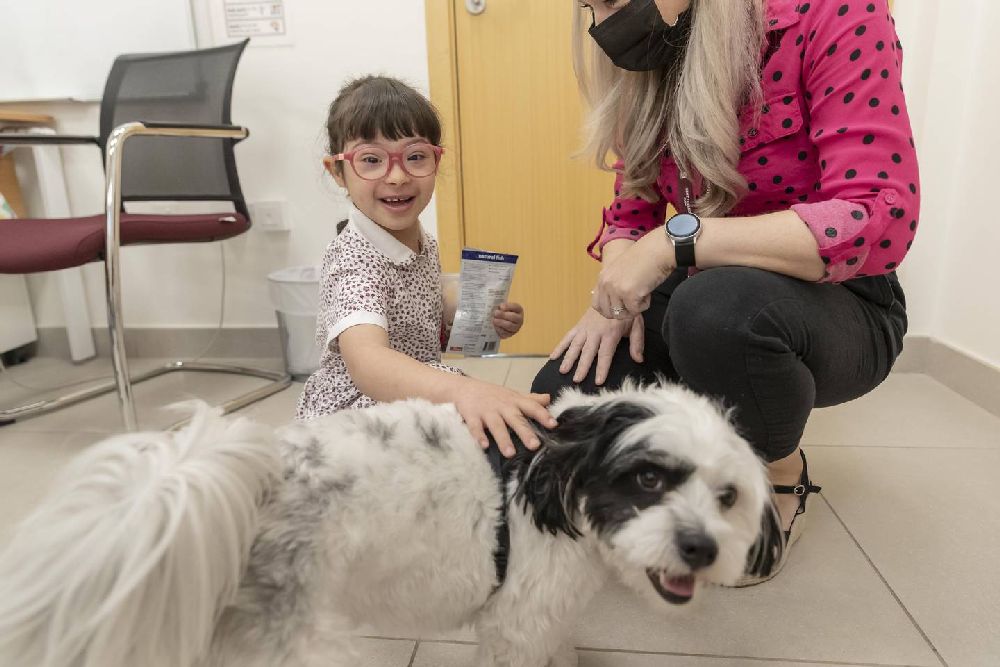 Hind Algaith, 6, from Kent College Dubai having a fun time with Ziggy the well-being dog. Antonie Robertson / The National

Ms Jodrell said unstructured play is where “the magic happens”.

“In a one-on-one context, well-being dogs can be used informally for unstructured interactions where a pupil is simply allowed to sit with the dog and or pet the dog,” she said.

“This helps calm children that may be suffering from stress or anxiety.”

For those who struggle with shyness or annunciation of words, they are taught to give the well-being dog clear instructions, such as “sit” or “lie down”.

“When they respond to the instructions, it gives those children that confidence that they have been heard, and as a result, they start to widen their vocabulary in a pressure-free environment,” she said.

The school applied for permission for the dogs to be on campus by the Knowledge and Human Development Authority and had to inform all parents of the plan to introduce them into the school setting, with no objections received.

The National's guide to universities in the Emirates continues with this Australian institution, established in 2007ExpandAutoplayMurdoch University was founded in Perth, western Australia in 1973 and opened its Dubai campus in 2007....