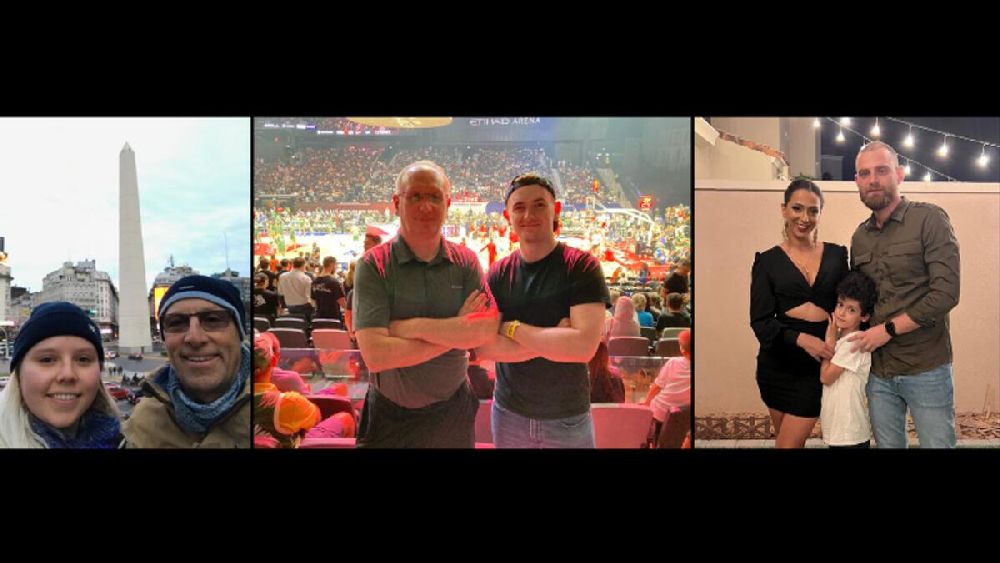 With millions of fans entering Fifa’s online draw in different phases of the World Cup ticket sales, only the luckiest ones managed to lay their hands on tickets for the greatest sporting spectacle on the planet.

The Qatar World Cup 2022 (November 20-December 18) has offered football fans in the UAE once-in-a-lifetime opportunity to be a part of the carnival in the neighbouring Gulf country.

But not all of them that applied for tickets through Fifa’s official website ended their wait with smiles on their faces.

Those who hit the bulls-eye are now all set for a trip to footballing heaven.

We caught up with a few of those lucky UAE residents who will soon be travelling to Qatar to cheer their favourite teams.

In 1978 when I was a kid, the World Cup was taking place in Argentina. My family didn’t have money to buy tickets. The tickets were very expensive for us and my family couldn’t afford them.

All matches of one of the groups in that World Cup were played in my hometown, Cordoba. Germany, Peru, Austria, Iran and Scotland played in Cordoba. All those matches were played in our town, but we couldn’t get into the stadium because we had no money. 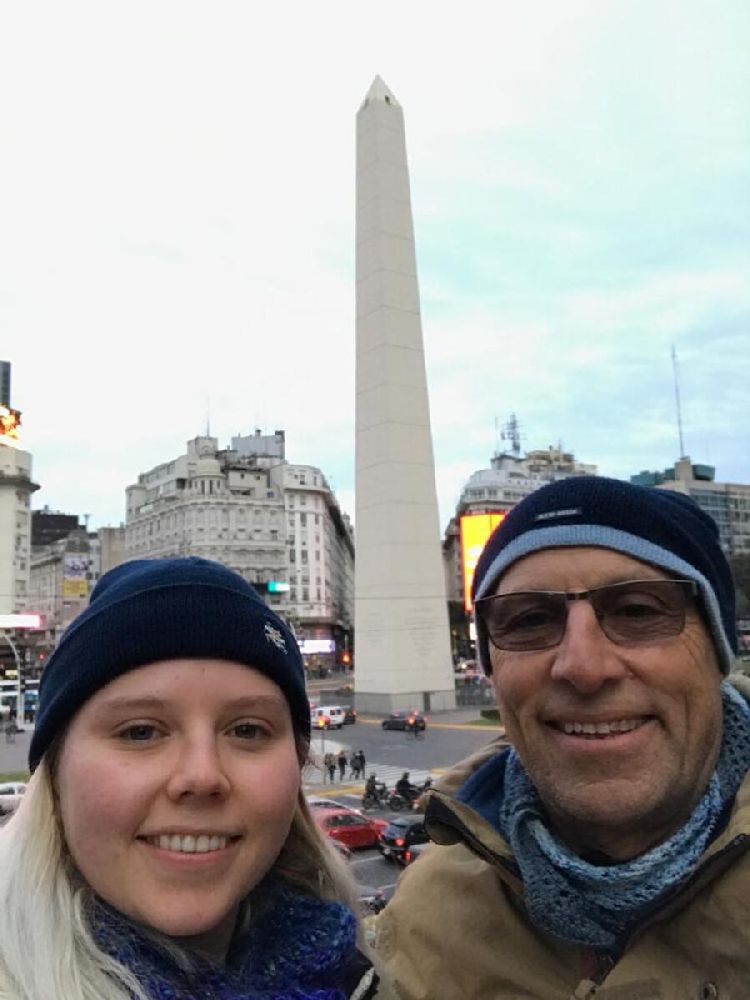 Now I am lucky to get a couple of tickets for Qatar. I am going with my daughter (Nina Ferrari). She is totally into football. My two sons also watch football, but they are not crazy. But my daughter, she loves Messi and watches Argentina matches on television. My wife is English and my three children have UK passports. But they follow Argentina!

Which matches are they attending?

We are watching the quarterfinals on the 9th and 10th of December and we are hoping that Argentina will be in one of those matches.

I booked Air Arabia tickets and I paid a lot of money for those tickets. I thought of going by car, but it would have been even more expensive.

As for the accommodation, I did it with booking.com and again it was very expensive. I found a small studio near where my friends would be staying.

I got the tickets in August, but it was a struggle. Luckily I have a brother who lives in Qatar. It’s easier for them to get tickets. So he managed to buy tickets for me for the match between France and Denmark for me and my wife. But there were no tickets for my son, so I tried again in the next round and luckily got tickets for the Spain-Costa Rica match. 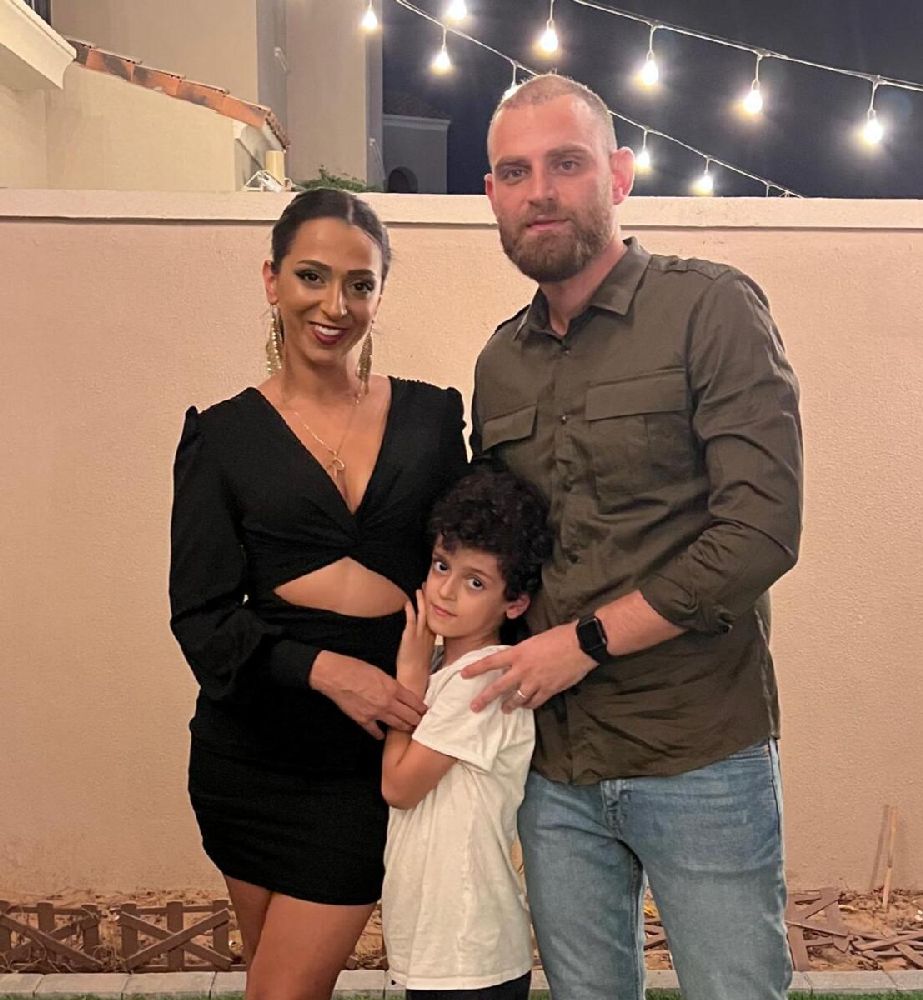 I am happy that I got the tickets because I have been waiting for this for a long, long time.

I am very excited now to go, I can’t wait to go to Qatar now. I support Italy but as you know they are not in the World Cup. So in their absence, I will support all the Arab teams, Qatar, Saudi Arabia, Tunisia, Morocco. As an Arab, I am extremely proud that the World Cup is happening in this region. It’s a historic occasion for our people.

I entered the draw for tickets in June and got my tickets. My fiancee (Seema) is coming from New York to watch the match with me. 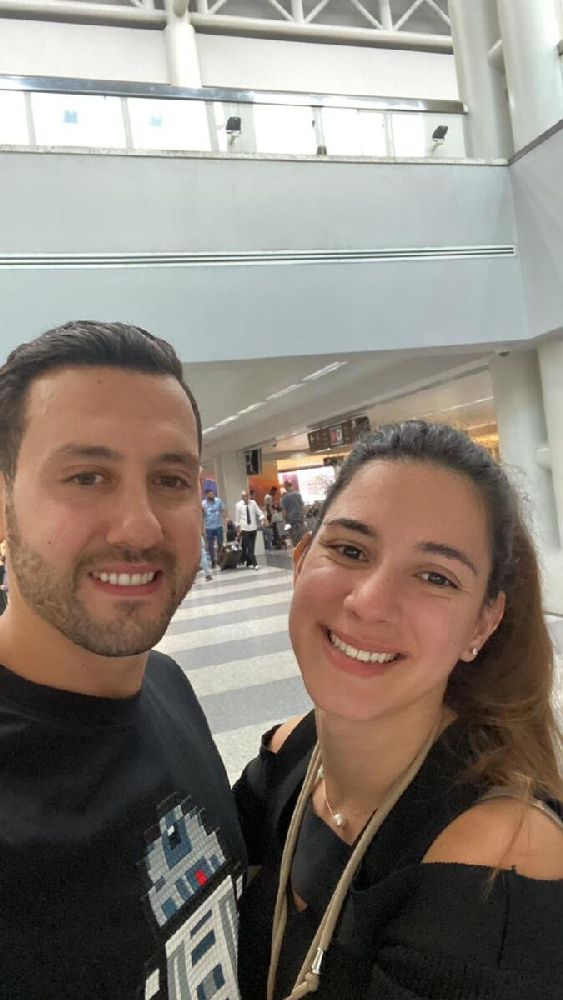 We are very excited now. She will be coming to Dubai and we will be taking the Fly Dubai shuttle flight to Qatar, watch the match and come back to Dubai on the same day. We will be arriving in the morning and we will be able to enjoy the atmosphere in the city with all the fans before going to the stadium for the match.

We are going on November 26 for a couple of matches, it’s the National Day weekend. We managed to get tickets for Ecuador-Senegal and then Japan-Costa Rica. The initial choice was to get tickets for Argentina games, couldn’t get those because obviously tickets for those big matches are in high demand. We got the next best matches that we could because the thing is it’s the World Cup. It’s my first World Cup, never been to a World Cup match before, it’s the same for my dad (David Young). 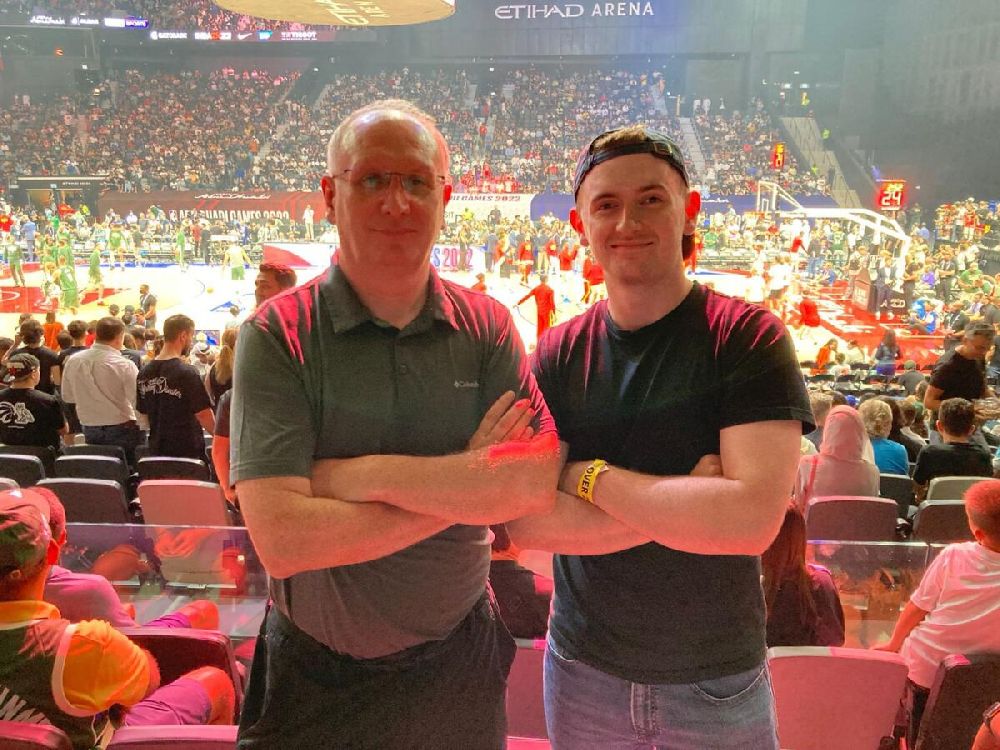 Who are they backing?

I am a football romantic, so I would like to see Messi and Argentina win it. I think my dad is backing Argentina as well because we are both Barcelona fans.

But more importantly, as Scottish football fans, as long as England don’t win it, we will be okay.

I have got tickets for Belgium-Croatia, Cameroon-Brazil and Uruguay-Ghana in the group stages and two matches in the round of 16. Probably it will be Argentina or Netherlands in one of those two round of 16 matches.

I am going with my wife (Sayema Sahin) and our two daughters (Zahra and Zoya). It’s a good opportunity because both of my daughters are going to British school, and they play football. 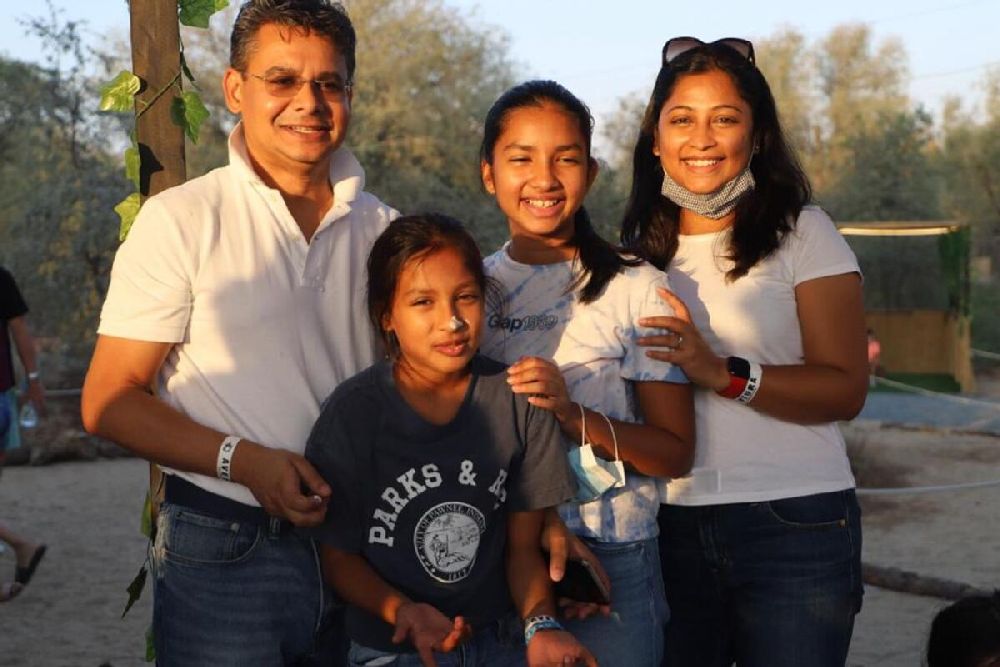 Normally, the World Cup happens in Europe or the US or Brazil, you can go alone for one match, but here this is a chance for us to go as a family. And it’s wonderful.

Also, it’s during the National Day weekend, so our kids will not miss school, so we are looking forward to it. And our younger daughter Zoya’s birthday is on December 2. So it’s going to be a unique birthday celebration in the middle of a World Cup.

I applied for the tickets on the Fifa website as soon as they were available. I was unsuccessful at first attempt. In the second draw, it was my sister who lives in Qatar got the tickets for me. It was easier for them to get tickets in Qatar.

I got tickets for two matches, the opening match between Qatar and Ecuador and Spain and Costa Rica. I support Spain because I am a big Real Madrid fan. So I am very happy to be getting the ticket for the Spain match. 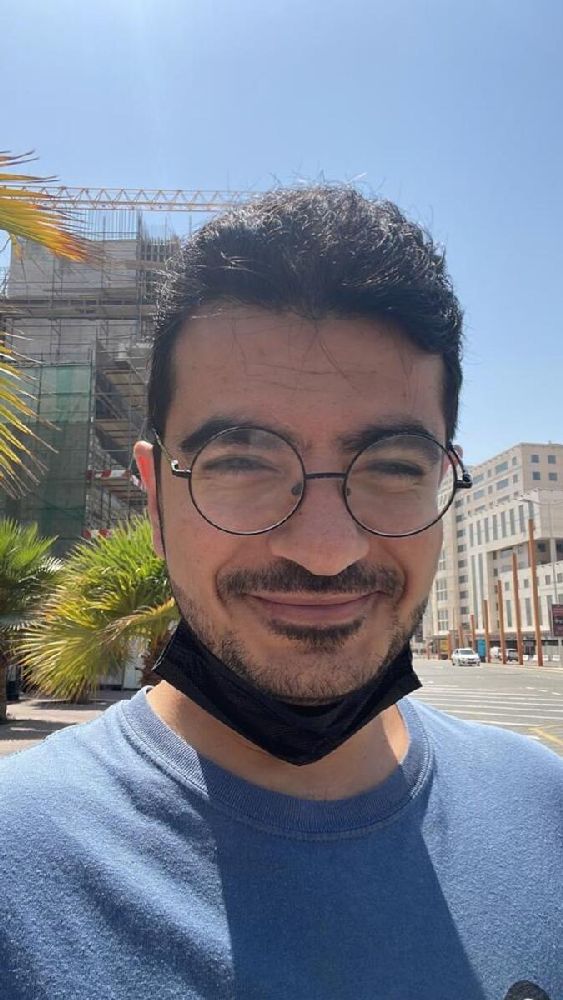 I have been applying for World Cup tickets since 2014 and this is the first time, I have got tickets finally this time.

I am obviously very happy, but I would have been happier if I got tickets for the final, but anyway I will get to watch the opening match of the first World Cup in the middle-east region.

I am very excited to be getting this opportunity to watch another major sporting event. I have been to several Formula One races, major tennis and golf events. Now really looking forward to the Qatar World Cup. Hope it’s going to be a wonderful tournament. 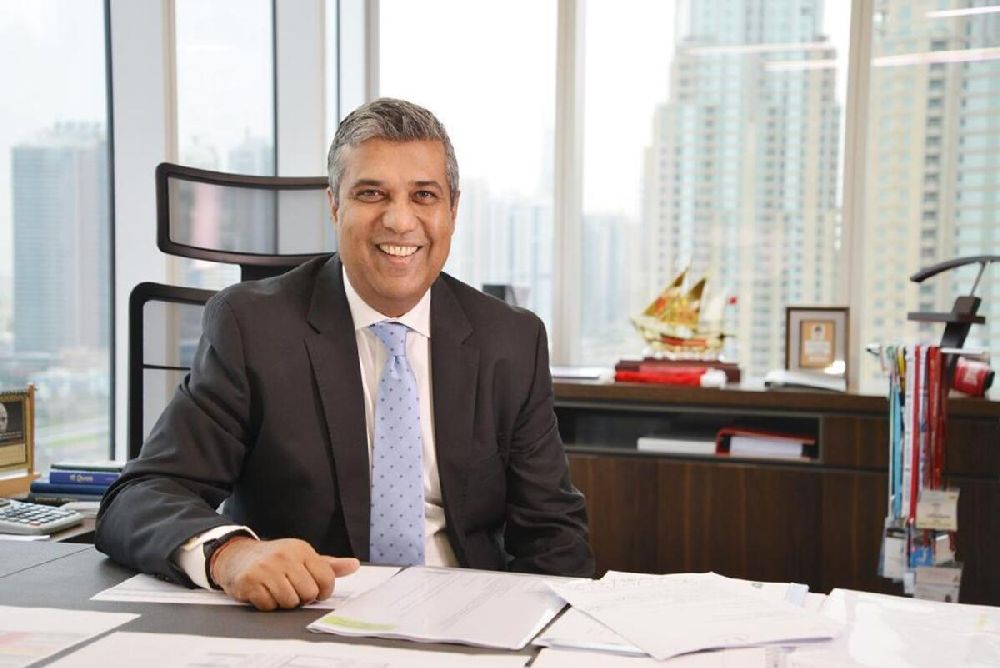 Is this is first World Cup?

This is not my first World Cup. My first was in the 2010 World Cup in South Africa where I watched the third-place match as well as the final.

I am a teacher at Jumeirah English Speaking School and I also coach footballers at the school.

I got tickets in the second round of the draw. I am going for four games.

So the first trip, I am just going for an England match. It’s on the 25th of November. I am going back after we finish school on December 9 for three more matches. I will be staying there for six nights. 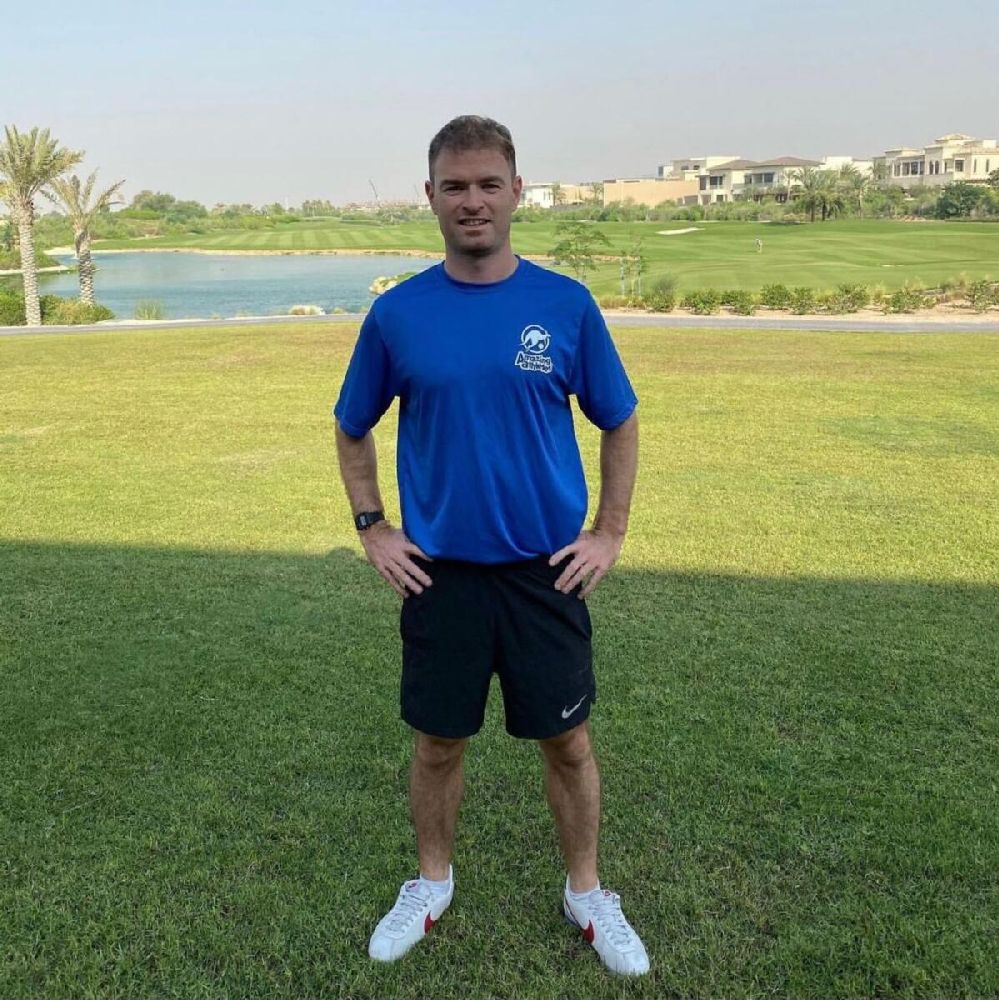 Getting accommodation was not too tough because I booked so far in advance. As soon as I got the tickets, I booked it. So I have got two nights in a fan village. Then we booked a room in a cruise ship for four nights. The stay at the cruise ship will be during the three-day gap between the quarterfinals and the semifinal. So there will be a lot of entertainment on the ship, so I am looking forward to it apart from the football.