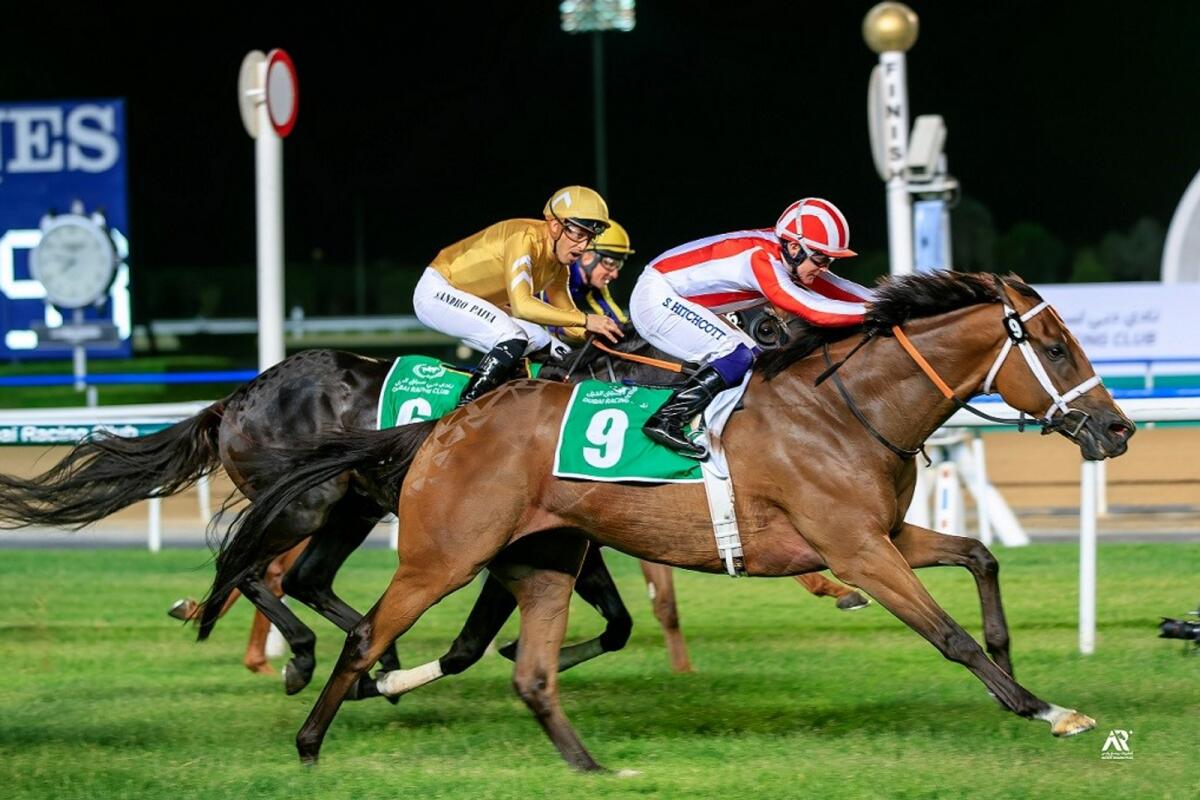 The sound that you hear is the collective sigh of relief from the UAE’s domestic handlers who have been given some respite with the relative absence of heavyweight stable Godolphin at Sunday’s Racing at Meydan meeting.

Barring the lone Saeed bin Suroor-trained entry Open Mind, who starts in the DWCC Expedition handicap, one of the twin features of the evening, the all -conquering Dubai-owned operation has no runners in the rest of the seven-race card.

Notwithstanding, Open Mind, an all-weather specialist from the UK who scored twice at Chelmsford, is certain to start as the favourite in the 1400 metre contest.

However, the four-year-old son of Irish stallion Cable Boy won’t have it all his way with some strong opposition coming from the Salem Bin Ghadayer’s Manahir, Bhupat Seemar’s Western Symphony, and Boston George, who races out of the former championship-winning Red Stables who have sent out two other contenders.

In-form rider Mickael Barzalona rides Manahir in the colours of Sheikh Hamdan bin Mohammed bin Rashid Al Maktoum, the Crown Prince of Dubai. Manahir is the only course and distance winner among the 11 runners.

While Pat Dobbs rides Boston George for Watson Sam Hitchcott gets on board Aquaman with Oscar Chavez picking up a useful spare ride on the yard’s third contender, National Bank.

Promising handler Osama Refai relies on Way Of Wisdom, the mount of Antonio Fresu who won over 1200 metres on the Meydan at the beginning of January 2020.

The joint feature is the preceding race, the DWCC Voyage handicap over 2000 metres on turf.

Al Nayyir, an impressive winner over Sunday’s track and trip on his seasonal reappearance looks to have strong claims for the Watson-Dobbs pairing.

The opposition is led by stable companion Elbashir Salem Elhrari while the weights are headed by Withering, a 1900m dirt winner at the 2022 Dubai World Cup Carnival. He was then runner-up over the same course and distance in the Listed Al Bastakiya on Super Saturday before putting in a disappointing performance in the Group 2 UAE Derby.

Big-race Dutch rider Adrie de Vries teams up with the Fawzi Nass–trained Withering who makes his turf debut in the UAE. In two grass runs in Britain, he was runner-up once and sixth in a 1400m Listed race at Royal Ascot on just his second-ever career start.

Bhupat Seemar saddles two runners with O’Shea partnering Bosphorus with stable apprentice Connor Planas has the ride on Recordman, a course and distance winner in this contest in 2021.

The meeting opens with a Purebred Arabian contest in which Al Ain-based French handler Jean Claude Pecout is well represented in the five-year-old mare, Ghallieah.