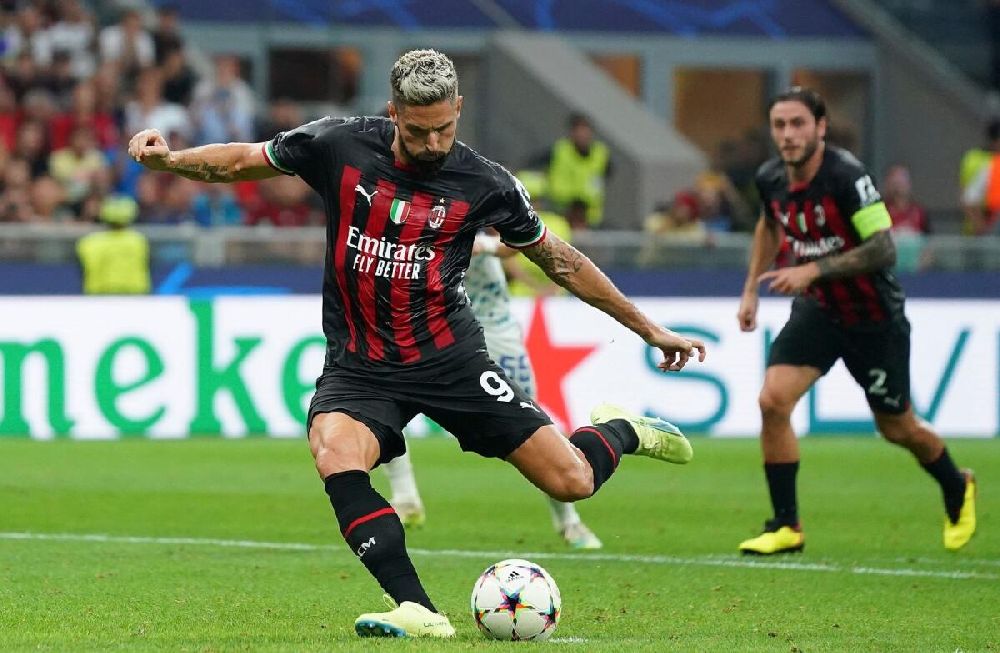 Olivier Giroud’s penalty on the stroke of half-time and further goals from Alexis Saelemaekers and Tommaso Pobega were enough for Milan to leapfrog Dinamo into first place on four points.

Stefano Pioli’s side are three points ahead of Salzburg in third, before their match at bottom side Chelsea later on Wednesday, following their first home win in Europe’s top competition in nine years.

Milan are seven-time European champions but have only returned to the top table in recent seasons after years in the doldrums.

Mario Balotelli was playing up front and Massimiliano Allegri was coach when Milan beat Celtic in September 2013 but now the ‘Rossoneri’ appear firmly back in the big time.

Dinamo tried to frustrate Milan in a similar way to how they dealt with Chelsea in their opening day win in Croatia and Ante Cacic’s side did a good job in holding off the Italian champions until Josip Sutalo brought down Rafael Leao in the 43rd minute.

Giroud stepped up to the penalty spot and netted his fourth goal of the season, giving Milan the lead and opening up what had been a tight match.

But nine minutes later the away side gave the match new life through Mislav Orsic, who rifled in a powerful finish from Bruno Petkovic’s delightful flicked assist.

Milan were not rattled though and sealed the points with a nicely-worked goal with 13 minutes remaining.

Theo Hernandez got to the byline before pulling back an inviting pass from which Italy international Pobega crashed in his first Milan goal off the underside of the bar.

It was a first ever goal in the Champions League for Pobega, who came through Milan’s youth system and is now back with his boyhood club after four years on loan at a series of Italian clubs.