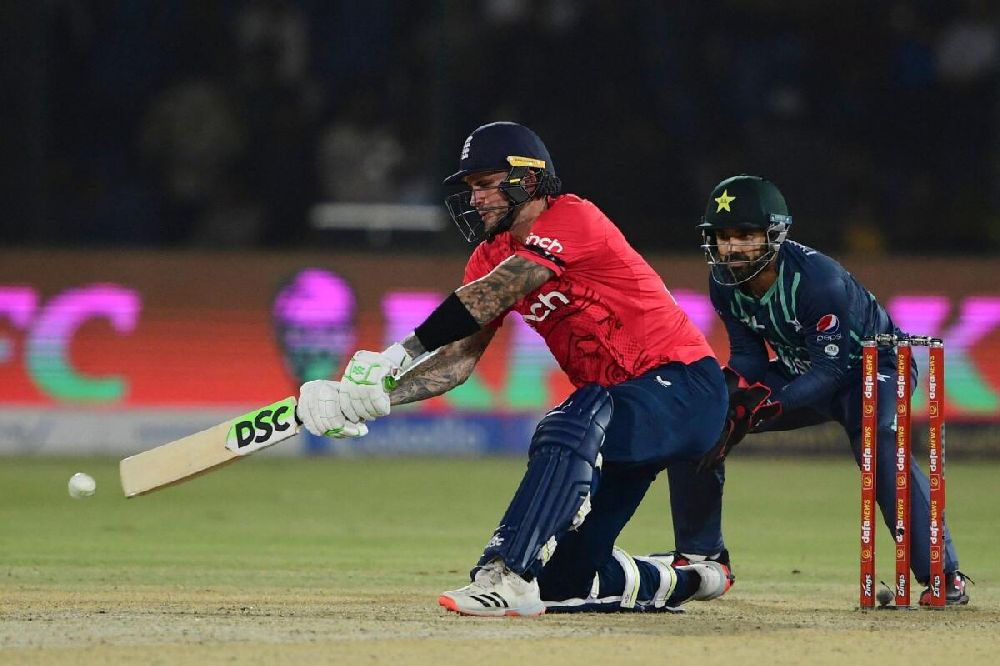 A new-look England side took the opening Twenty20 international by six wickets in Karachi on Tuesday as they marked their return to Pakistan after 17 years in a memorable way.

Opener Alex Hales hit a 40-ball 53 — his first international after a three-year absence on a failed recreational drug test — to anchor England’s chase of a modest 159-run target in 19.2 overs.

Pakistan opener Mohammad Rizwan scored 46-ball 68 to help Pakistan to 158-7 in their 20 overs after England sent them in to bat at a capacity National stadium.

The win gives England a 1-0 lead in the seven-match series.

“Brilliant performance. We pulled the game back really well. A lot of praise to the bowlers who set it up nicely for our batters,” said Moeen Ali, England’s stand-in captain.

Pakistan’s players wore a special kit in the game on which their names and numbers are shown submerged in water, to show solidarity with victims of the floods in the country.

Hales, recalled after injury ruled out Jonny Bairstow, smashed seven boundaries and added 55 for the fourth wicket with Harry Brook who finished with 42 not out.

Brook, one of seven England players to feature in this year’s Pakistan Super League, cracked seven boundaries in a robust 25-ball knock.

Pakistan’s innings was once again held by Rizwan.

Rizwan, top run-getter in the Asia Cup earlier this month with 281, knocked six boundaries and two sixes and put on 85 for the first wicket with skipper Babar Azam (31) after England won the toss and fielded.

“The way we played the first Powerplay was great. After 10 overs, there was a swing of momentum, which you have to credit England for. We didn’t have enough big partnerships. Our batters need to step up,” Pakistan captain Babar said.